THIERRY Henry has said he got a bodyguard to protect his daughter after death threats were made because of his infamous handball goal that helped France beat the Republic of Ireland to go to the 2010 World Cup.

The former Arsenal and Barcelona ace admitted he is still “not proud” of the goal and defended it as something that happens in the game, just like Diego Maradona’s infamous Hand of God goal. 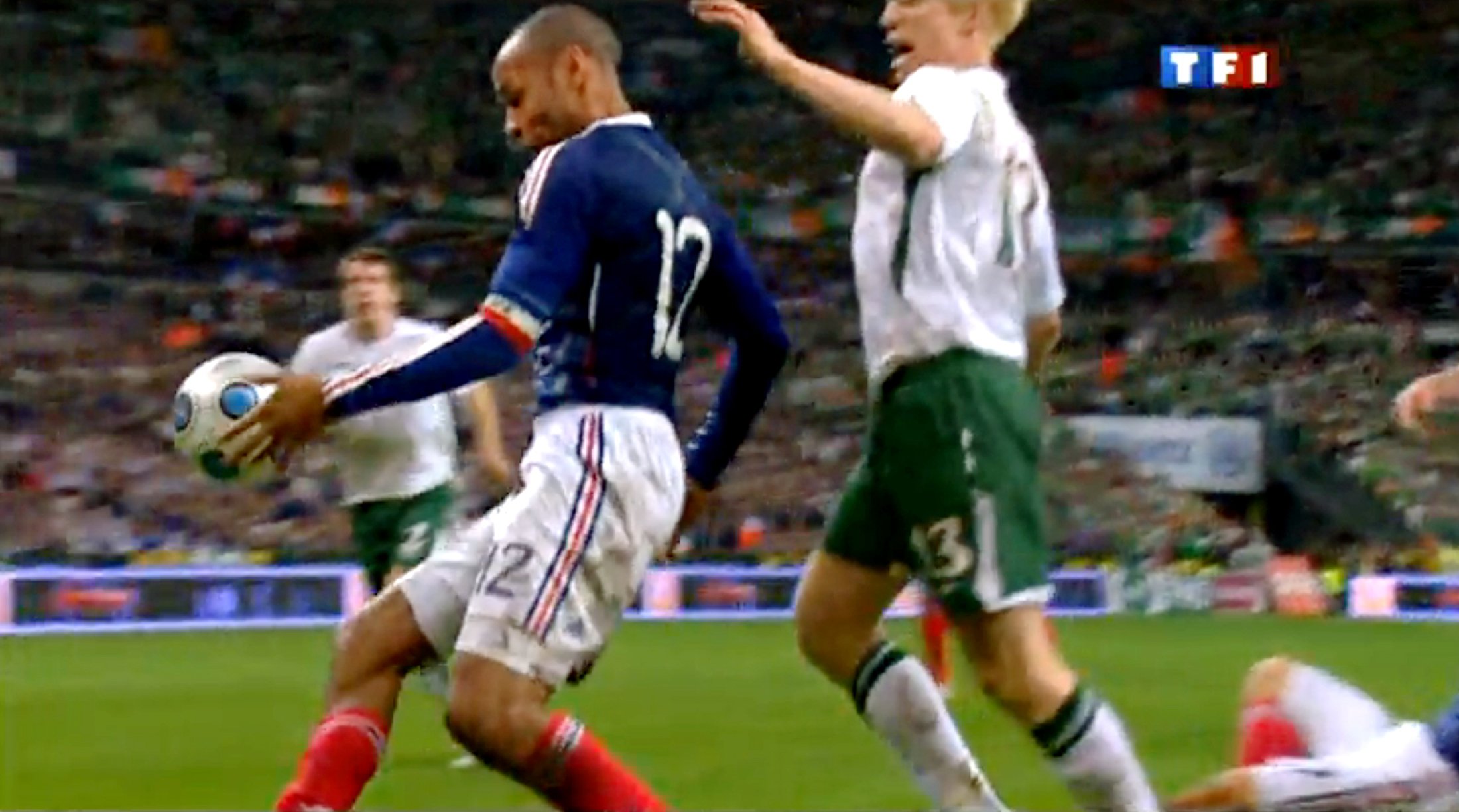 Furious Irish fans felt cheated by him handling a ball and setting up the goal in the crucial 2009 play-off game before going on to win 2-1Credit: AFP

But he told for the first time how he feared for his family, especially model ex-wife Nicole Merry and their daughter Tea, 15, who was four at the time.

Furious Irish fans felt cheated by him handling a ball and setting up the goal in the crucial 2009 play-off game before going on to win 2-1.

“And it’s hard to take because this is not the type of player I am but when you have a bad instinct or reaction, it’s difficult to explain.

“I can’t explain it because it happens, but this is where it becomes difficult.

“But then after that, the abuse that I got – I received letters, death threats, my daughter had to go to school with a bodyguard for two weeks because I was scared: ‘We know where you live.’ 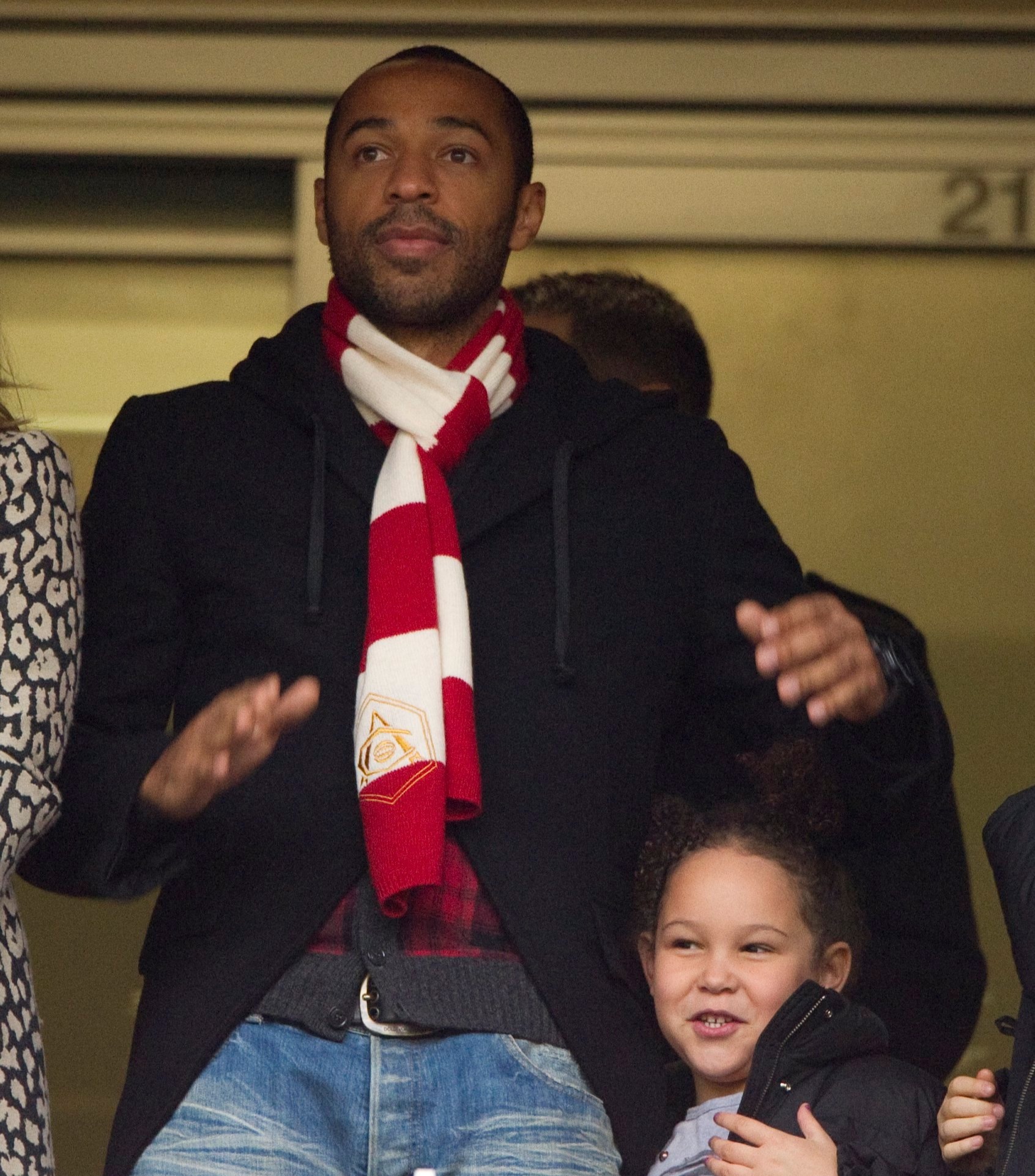 Henry pictured with his daughter at a football gameCredit: News Group Newspapers Ltd

“I was in Barcelona, don’t get me wrong. But my daughter was still here (in England).

“And I’m not trying to make it sound better than what it is because it happened.

“But the impact that it has on your family sometimes, this is where it becomes difficult.

“You extend your arm and it comes out – I’m not saying it is right at all – but it comes out. 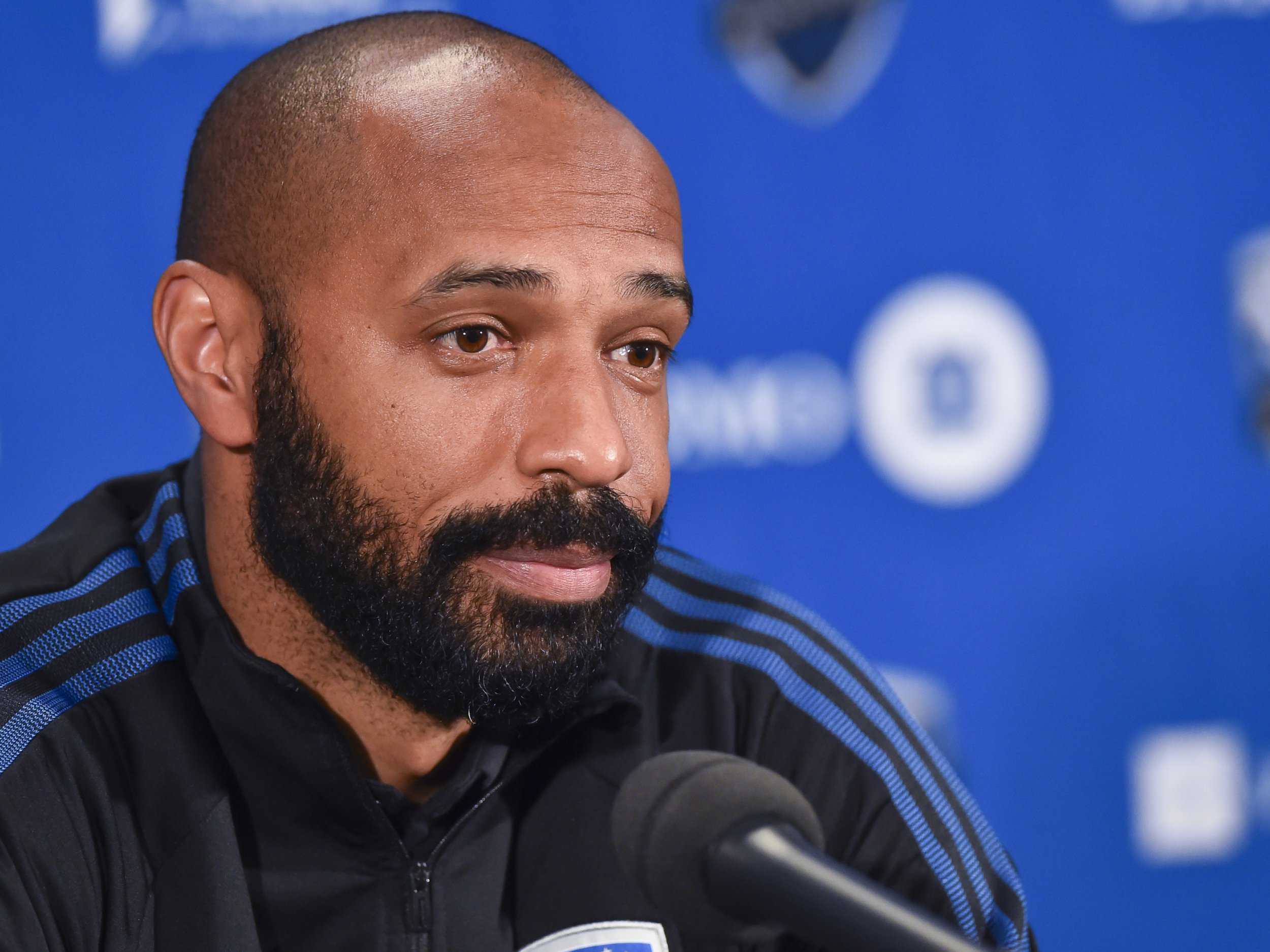 Thierry Henry has said he got a bodyguard to protect his daughter after death threats were madeCredit: Getty Images – Getty

“But after? I’ll be honest with you, it was hard.

“It was hard because you’re receiving stuff like that at my ex-wife and because I got scared I put a bodyguard for my daughter – I never shared that, but you know, I’m sharing it now.

“But that was hard. This is the stuff that people sometimes don’t understand, you don’t want to receive death threats.

At the time, then-Irish boss Giovanni Trapattoni refused to label Thierry Henry a cheat despite the France captain admitting to the Republic of Ireland’s players that he had handled the ball in the build-up to the goal.

But defender Richard Dunne had complained: “The World Cup is run by people who want to decide who gets there.

“Big teams get big decisions. The referee says he was 100 per cent certain that Henry didn’t handball it but Henry said [to me] that he did.

“He said that he handballed it but he didn’t mean it and we deserved to win.

“It is there for all to see but that’s not going to change anything. It’s not a difficult one to see. The linesman was in line with it.

“We deserved to win. We could have got a couple of goals but theirs knocked the stuffing out of us.”

Henry handled twice after appearing to be in an offside position at the free-kick that led to the incident from which he squared for William Gallas to score France’s extra-time goal, which gave them a 2-1 aggregate win and took them to the finals in South Africa.

“What did I say to Richard Dunne? I told him. And he told me the same, you are not the ref.

“That’s why the Irish players didn’t run to me, they ran to the ref.

“You can clearly see the opportunity. [Sébastien] Squillaci went to jump with two Irish players and then the next thing I know, the ball hit my arm, I played it, and the ref allowed it.

“It could have been better to do it in another way but like I said, I am not the ref.”

Looking back on the incident more than a decade later, Henry told ex-Liverpool star Robbie Fowler on his podcast that it was a life-changing moment.

But he defended it as something that happens in the game and claimed that while Lionel Messi was praised for a similar goal, he was seen as “the Devil”.

He said: “I think you go through a moment in life that shapes you.
“You can’t go back and say, ‘I would have done this.’ I would have been the same person.

“It is what it is and I said it at the time. Remember Stephane Henchoz holding the ball on the line when we played in the final (the 2001 FA Cup final between Liverpool and Arsenal).

“They got a goal kick and Henchoz put his arm out to save the ball.
“That’s what you do as a player, sorry, you have that bad reaction, that bad moment where you extend your arm.

“I did not think about it – it happened.

“But things happen in the game, like I said we lost the FA Cup final against Liverpool that night, nobody remembers that Henchoz handballed the ball on the line, pretended to go with his head and pushed it with his hand. 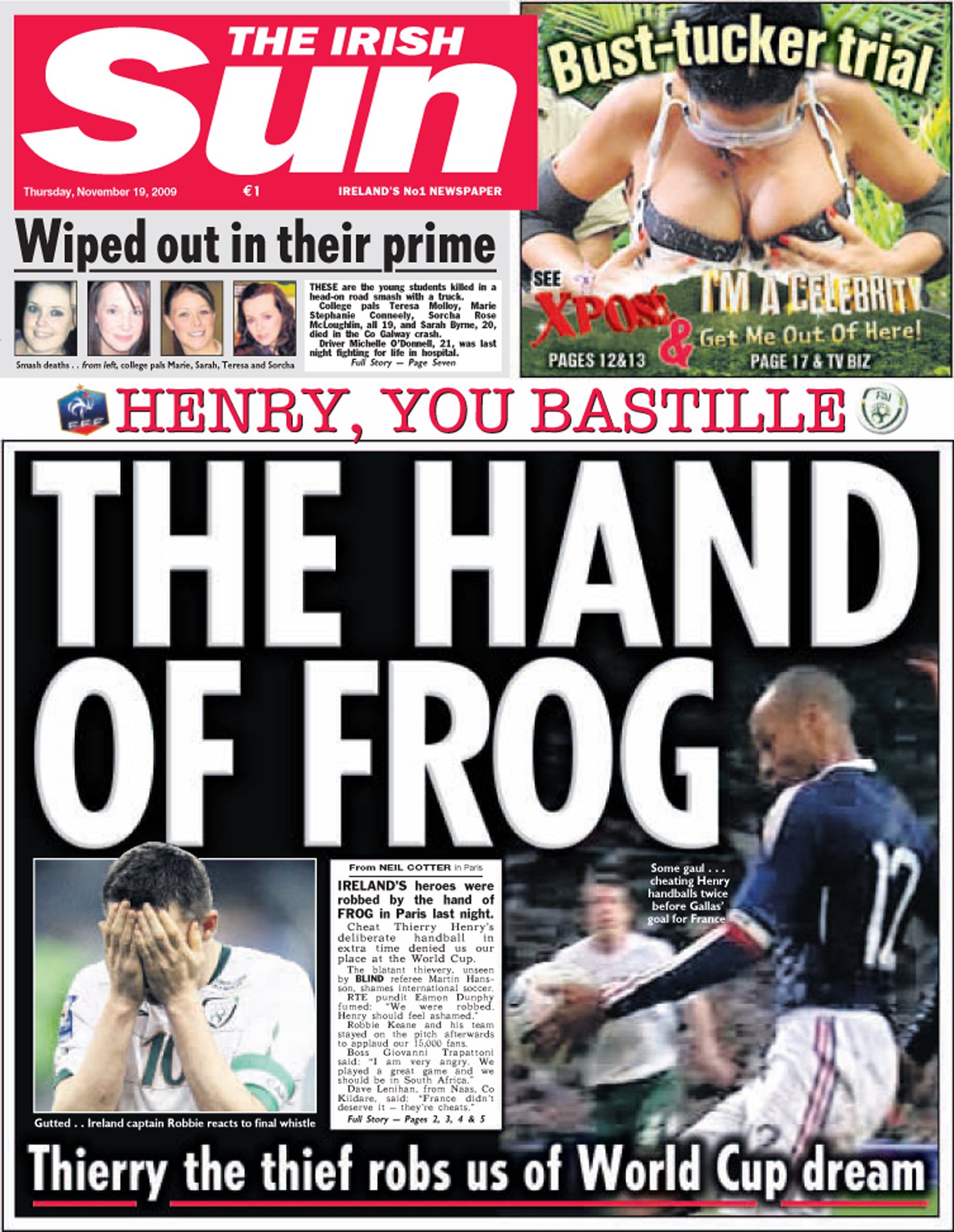 “Regardless of what happened, it is what it is – it’s just something that happened in the game.

“After with all the abuse that I got – whether I deserved it or I didn’t deserve it – it’s still something that happened on the football pitch.

“Maradona. Lionel Messi scored a goal like that against Espanyol for Barcelona with his hand. He scored it. I didn’t hear anyone killing Lionel Messi.

“I nearly didn’t even go to the World Cup because a lot of stuff happened, it became a political problem.

“When Messi scored his goal they were like, ‘Oh my God, he’s getting closer to Maradona, what a genius.’ I was the Devil.”

Paul Gascoigne ‘returning to Italian I’m A Celeb’ despite injury