The 21-year-old midfielder netted in the 12th minute to start the ball rolling for a rampant Gunners.

Emile Smith Rowe netted the opener for Arsenal in their 3-1 win against TottenhamCredit: Richard Pelham / The Sun

He then went on to assist for Pierre-Emerick Aubameyang for 2-0 before Bukayo Saka gave Mikel Arteta‘s side clear breathing space with number three.

Gunners fans have been desperate to see the Croydon-born wonderkid given regular playing time – and he is now starting to showcase his talents.

Speaking to Sky Sports after Arsenal’s 3-1 win in the North London derby, Smith Rowe said: “It’s the best day of my life. I’ve dreamed of this day to score against Tottenham.

“With my family here as well, it’s the best feeling ever. I’ve been working a lot in training on my finishing and I am really happy with the goal.”

Smith Rowe later shared a photo of him celebrating scoring on Twitter, again emphasising that it was the ‘best day of my life’.

The Gunners put on a football spectacle in the first 45, completely blowing away any challenge from their derby rivals.

And after coming under serious pressure for a poor start to the season, the clouds are starting to lift for the gaffer.

Arteta told the BBC: “I think in life you have to show gratitude. These people have stood by this club and these players. This win is for them. 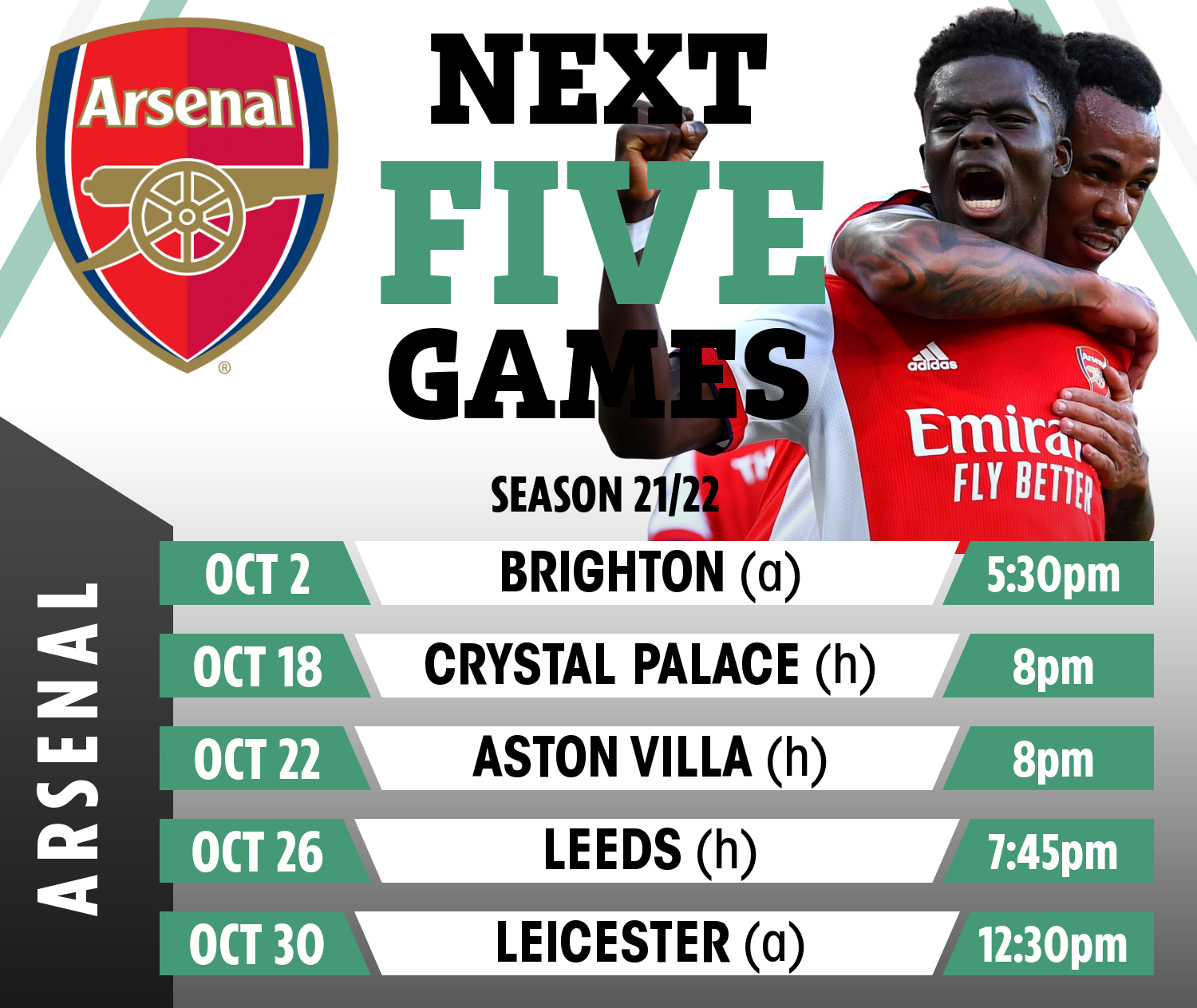 “When you are trying rebuild and trying to do the right things you have to stay by your values. Now we are creating the connection with our supporters.

“We had great determination, great energy and great quality. I really enjoyed it. I see the belief the players have in what we do [in training]. They have the quality to put it into practice.

“[It is important] they make each other better. It’s about raising the level in the team and training. If they all have that mentality then what happened today happens.”

Millions of phones will be blocked from Google Maps, YouTube and Gmail TOMORROW in massive update