MIKEL ARTETA rates Kieran Tierney one of the top defenders in the English Premier League.

Now the Arsenal boss has urged former Celtic idol KT to prove over the next month he’s one of the best in EUROPE. 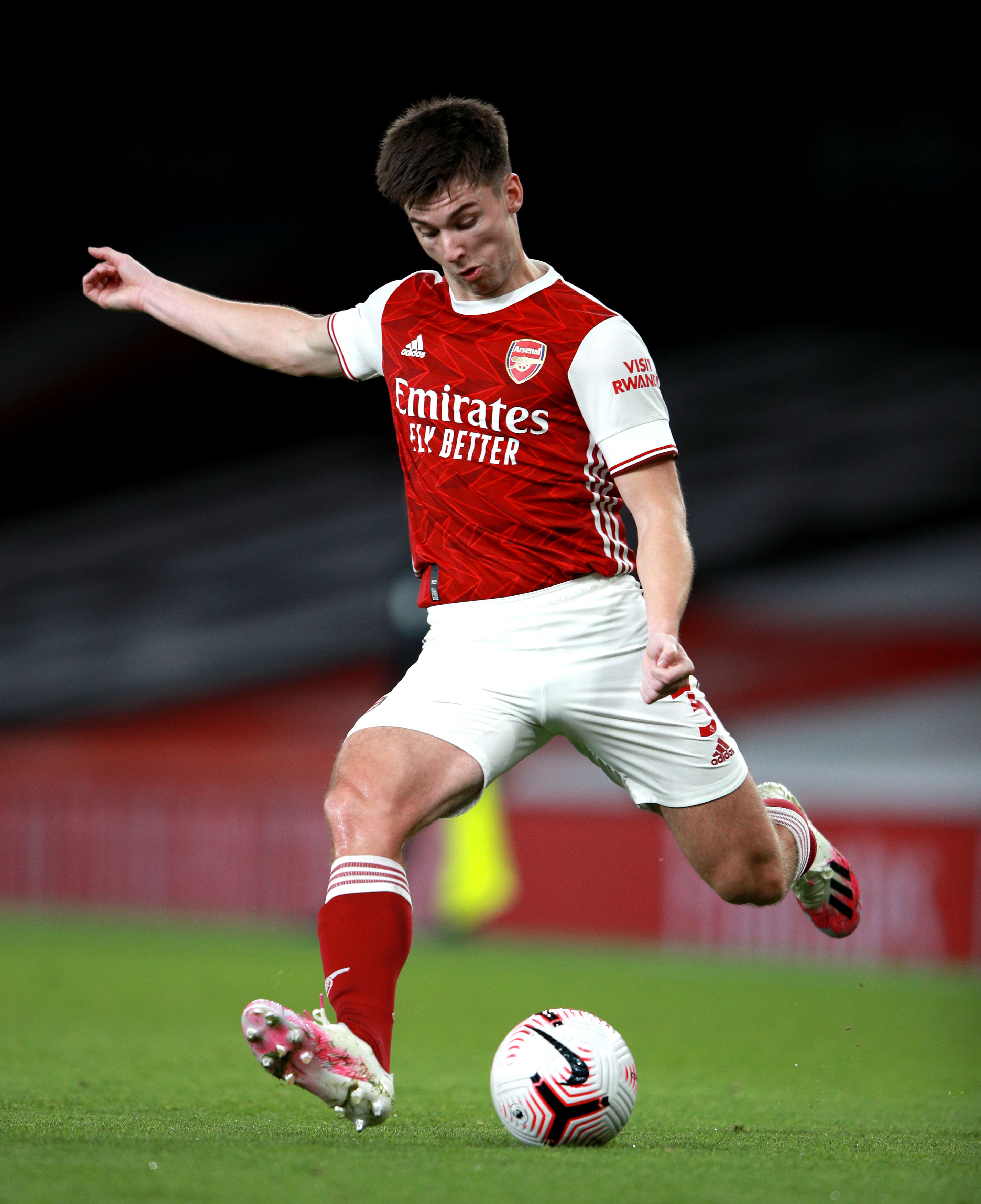 Mikel Arteta told Kieran Tierney to go and prove himself at the Euros after starring for ArsenalCredit: PA

Scotland defender Tierney told SunSport the Spaniard — a title winner with Rangers in 2003 — requested a meeting with him at the end of the season.

Massive fan Arteta sought to inspire his left-back ahead of the Euros by telling him to unleash the full range of his ability on the Czech Republic, England and Croatia.

Tierney was signed by Unai Emery for £25 million in 2019, but the manager was sacked three months later.

Arteta was appointed Emery’s replacement within three weeks, and ever since the 23-year-old’s game has risen to new heights. 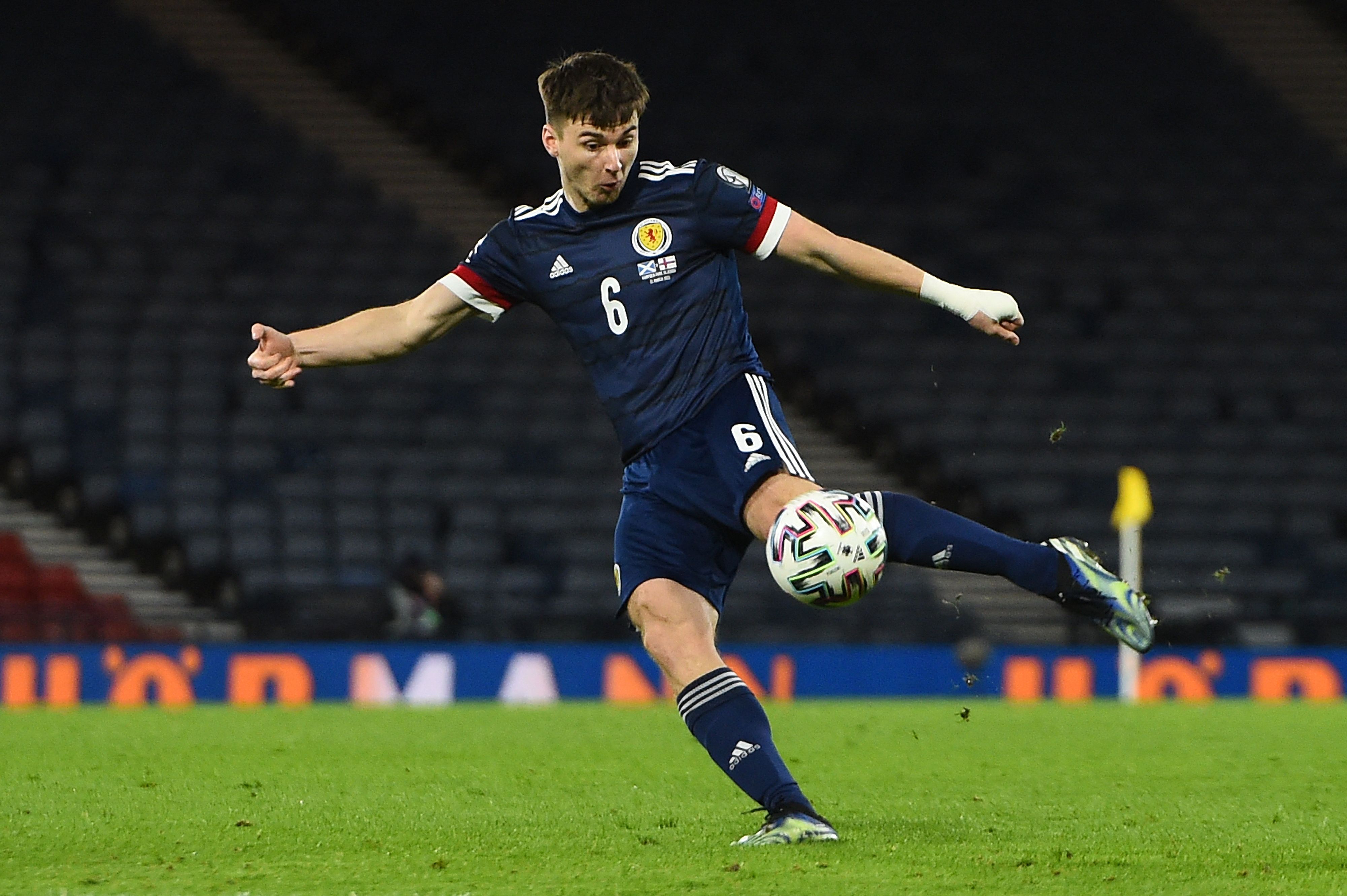 Kieran Tierney has become one of Scotland’s most valuable playersCredit: AFP

A grateful KT, loved by Gunners fans who view him as a future skipper, opened up on Arteta’s pre-Euro finals pep talk — and the extent of his influence on him.

“He’s always so supportive of me, and tremendously positive.

“The manager always brings the best out of me.

“With regards Scotland for the Euros he also said, ‘Give everything you have, that’s how you get the best out of yourself, and it will help the team the most’.” 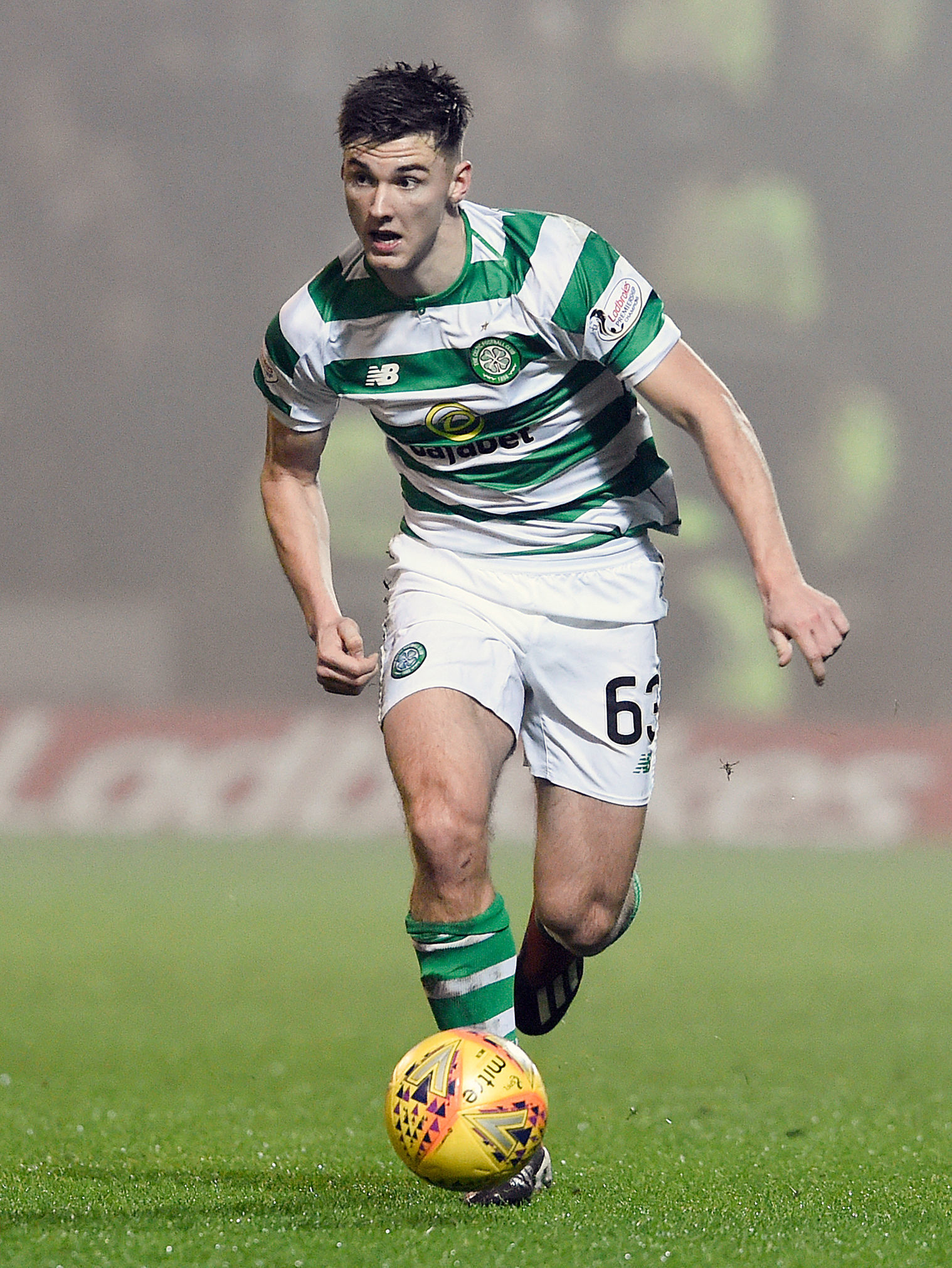 Kieran Tierney has come on leaps and bounds after swapping Celtic for ArsenalCredit: PA:Press Association

Arteta recently eulogised about Tierney, who was a shining light in a rocky campaign for Arsenal.

He said: “The right words to describe Kieran would be determination, passion and energy — that’s what is he about.

“He is determined in every action and puts it all into every game, and we enjoy the energy levels he provides to the team.”

Tierney admits it’s a feeling of mutual respect with his gaffer, and added: “I listen to everything the manager tells me, word for word.

“I love working with him, he’s helped me massively.

“If you can see the differences in my game in the last 18 months or so it’s because of Mikel Arteta and what his coaching staff have been telling me to do.

“I’ve been working on their advice every day. I’m really grateful for what the gaffer’s done for me.”

Tierney flew out last week with the rest of Steve Clarke’s squad to the luxury La Finca training camp on the Costa Blanca.

They have been preparing for two friendlies — against Holland on Wednesday, and Luxembourg on Sunday. 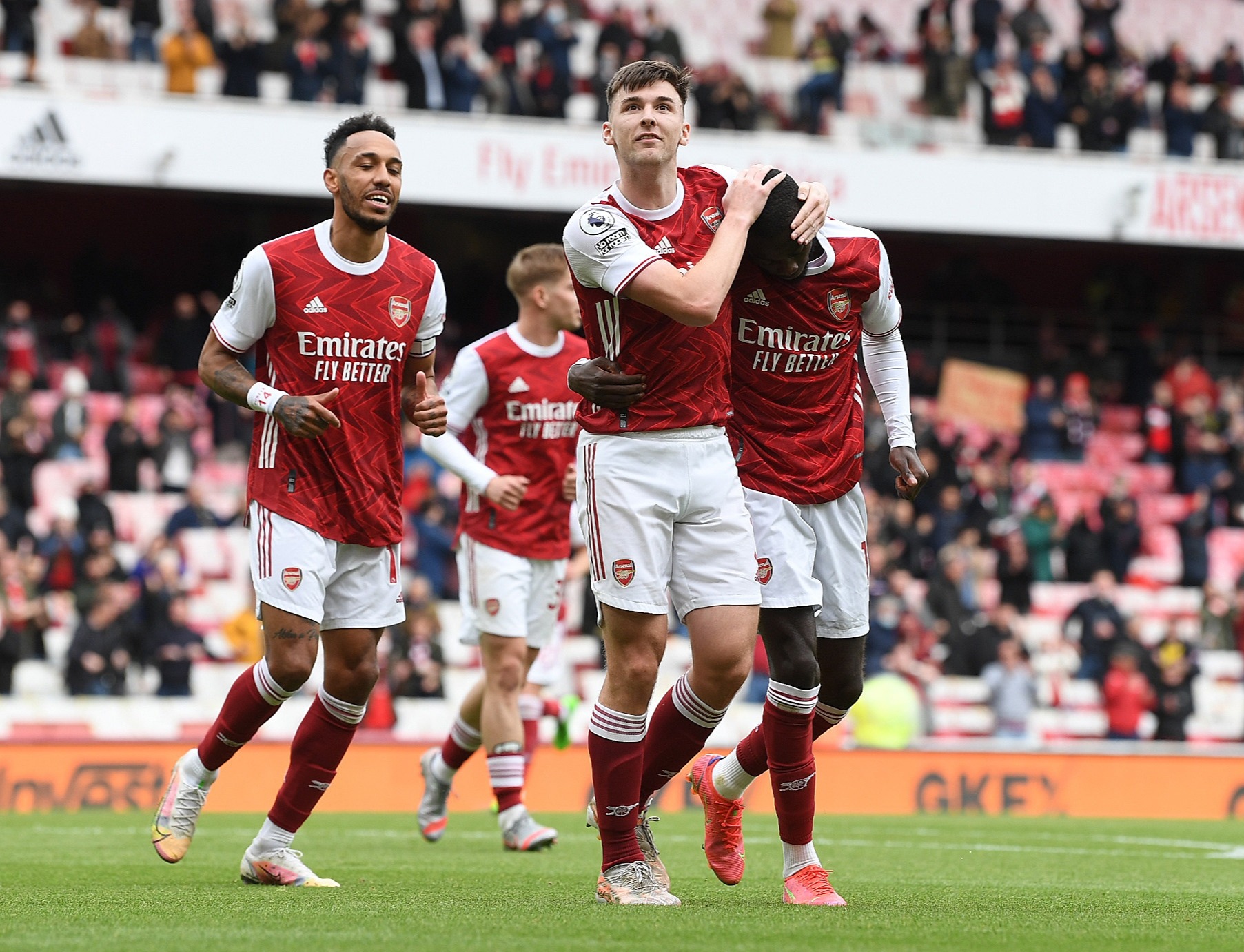 Kieran Tierney has been the bright spot in an otherwise poor season for ArsenalCredit: Getty

But this is also where head coach Clarke is laying the foundations for the Scots’ bid to make history at the Euros — by being the first-ever Scotland side to get out of the group stage at a major tournament.

Tierney is keen to ensure the backroom staff get the plaudits for the work they do away from the limelight . . . especially the CHEF.

He said: “I think there’s great optimism in the country for our chances at the Euros and it gives the players a lot of confidence.

“I think it’s a great squad and we’ve got to believe in ourselves.

“But I know every single player feels extremely grateful for the superb support we get from the backroom staff.

“The manager is due massive credit for our qualification, but the coaches and everyone else involved have been brilliant too. 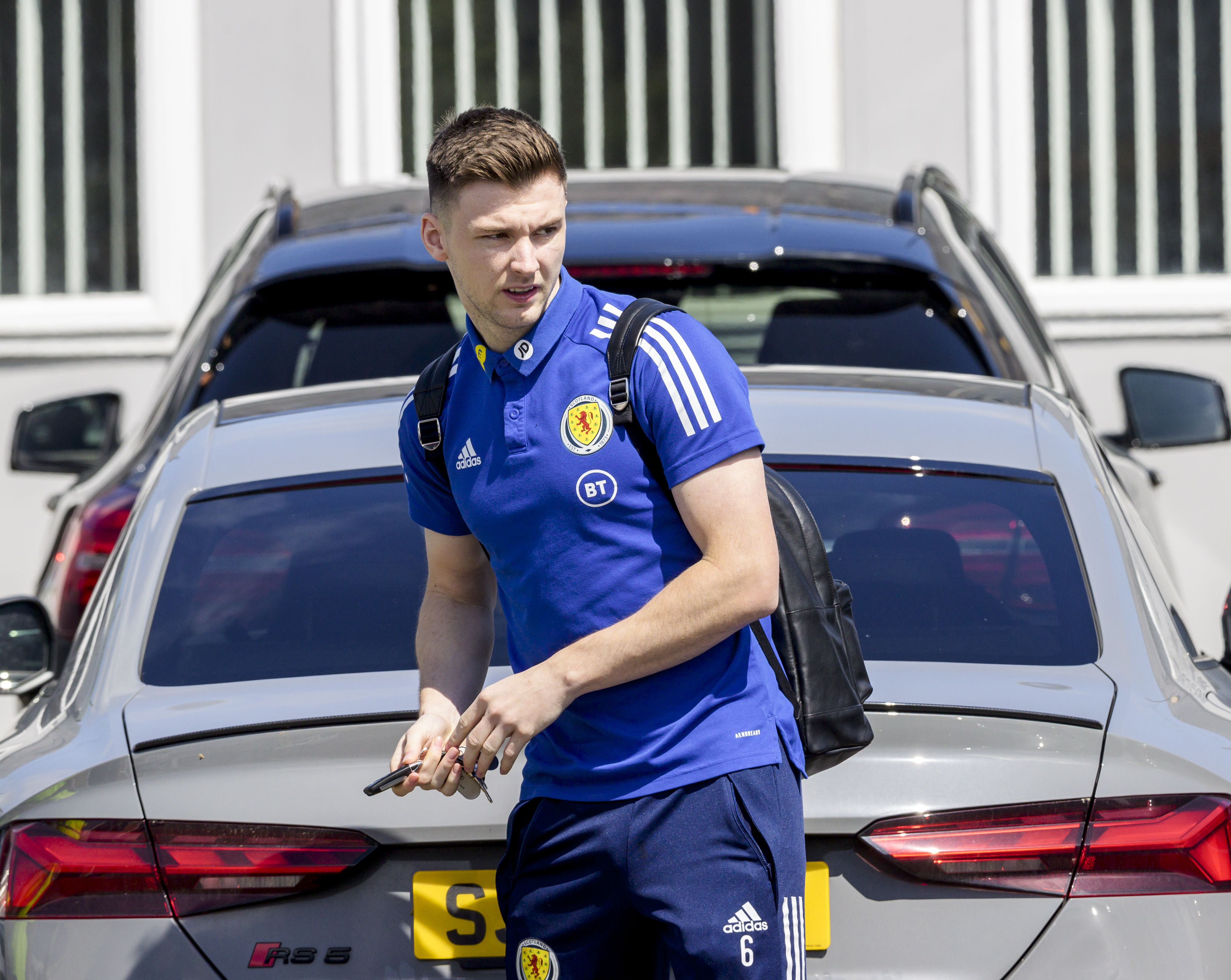 Kieran Tierney is loving being part of the Scotland setupCredit: The Sun

“But the chef, Johnny McCallum, is one of the most important people in the Scotland set-up.

“I’d actually say he is more important than all the players!

“If I missed a Scotland camp I don’t think anyone would bat an eyelid — but if the chef missed one everyone would be gutted.

“The players know the importance of Graeme and Johnny, but all of our backroom staff are fantastic and we’re lucky to have them.

“No one should underestimate their part in our qualification for a first tournament in over 20 years.

“The atmosphere within the squad is brilliant right now.

“We have a laugh when the time is right, and when there is a need to be serious then we are completely focused.

“Off the pitch you spend a lot of time in the hotel not doing much, so it’s all the more important the spirit is strong.

“The boys and the staff have created a great atmosphere within the squad, it’s the best I’ve been involved with for Scotland.”

Ex-Republic of Ireland World Cup star Steven Reid had already established himself a key part of Clarke’s coaching team when Englishman John Carver was brought into the group in last August.

“When he speaks people listen. He’s got the respect of everyone, just like the gaffer and Steven Reid.

“We’re like one big family working towards the one goal.

“That night in Belgrade when we beat Serbia on penalties to qualify for the Euros is probably one of the strongest feelings of togetherness I’ve experienced in football.”

What is Lil Loaded’s real name?