ARSENAL and Real Madrid have agreed to delay talks regarding Martin Odegaard’s future until the summer.

Odegaard joined the Gunners on loan from Real during the January transfer window and has hit the ground running in north London with a raft of impressive displays. 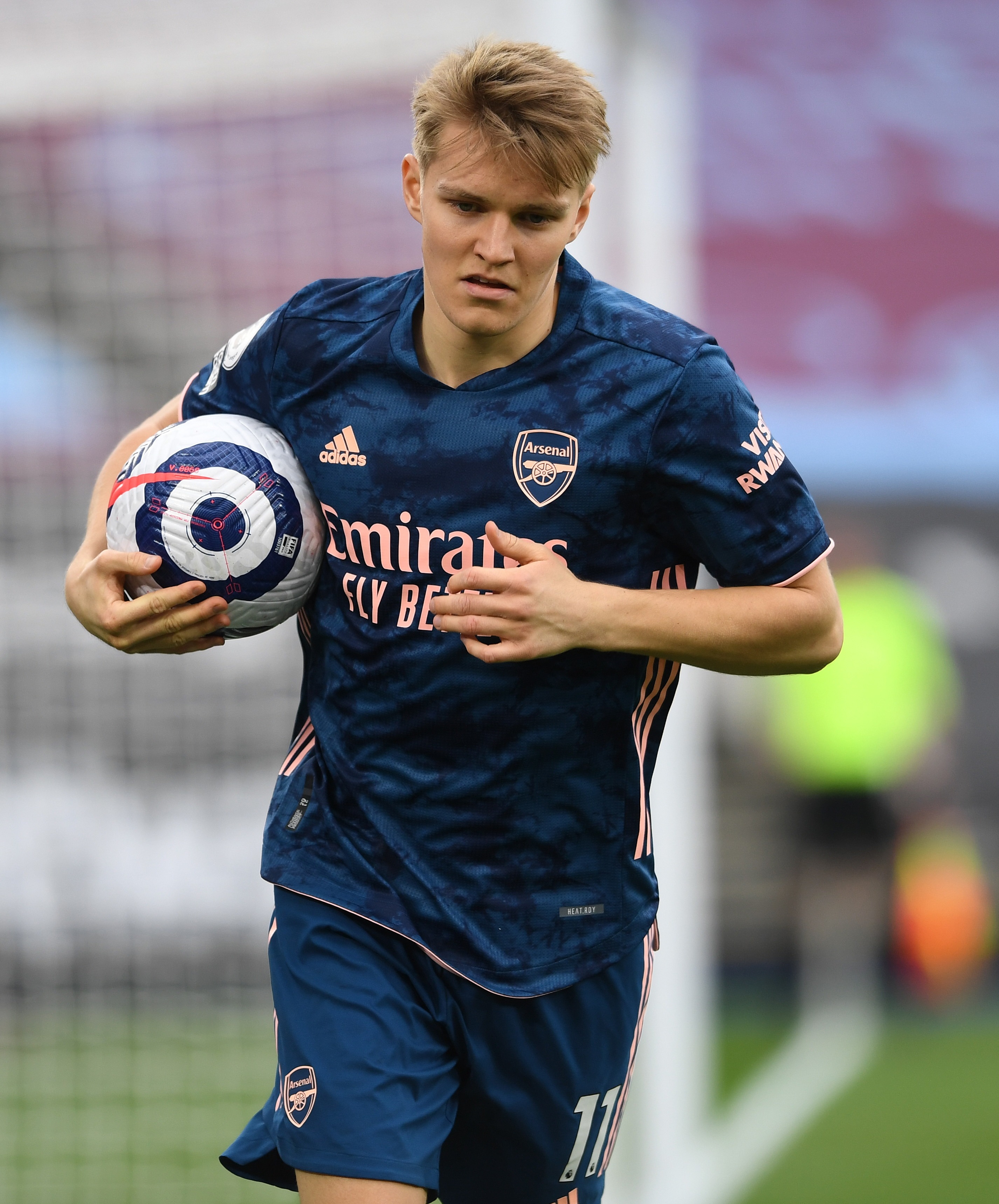 Arsenal appear keen to sign Martin Odegaard on a permanent basis but Real Madrid have yet to decide on their plansCredit: Getty

Manager Mikel Arteta appears keen on keeping the attacking midfielder on a permanent basis but Los Blancos have yet to decide whether he is part of their plans for next season.

According to Goal, the two clubs have decided to wait until the end of the season before holding talks over a possible permanent deal involving the 22-year-old.

Arsenal are reportedly worried that his parent club will demand a staggering fee of £50million once they return to the negotiation table.

The Gunners also fear stiff competition from London rivals Chelsea, who could hijack their star man in the summer.

Paris Saint-Germain are also said to be keeping tabs on the Norway international but Real may not be keen on selling him at all.

Manager Zinedine Zidane included Odegaard in his plans at the start of the season but a knee problem and a lack of match action hindered his form.

Arsenal legend Paul Merson has advised his former club to axe the Norwegian from the first team until they secure a permanent deal.

Merson said: “Martin Odegaard looks a really good player and I hope Arsenal have a chance of signing him permanently.

“Because if they don’t have a chance of making his loan permanent next season, why is he playing?

“If they know he doesn’t want to stay, he shouldn’t be playing because he’s taking opportunities away from people like Emile Smith Rowe.

“So I hope Arsenal have done their homework and know what the situation is – I’d be disappointed if they haven’t already made a bid to be honest.”

Why is ‘Evergreen’ ship stuck in Suez Canal called Ever Given?