The Gunners will fork out for the Norwegian’s entire £38,000-a-week wages, meaning his move until the end of the season will cost around £2.5m, according to The Times. 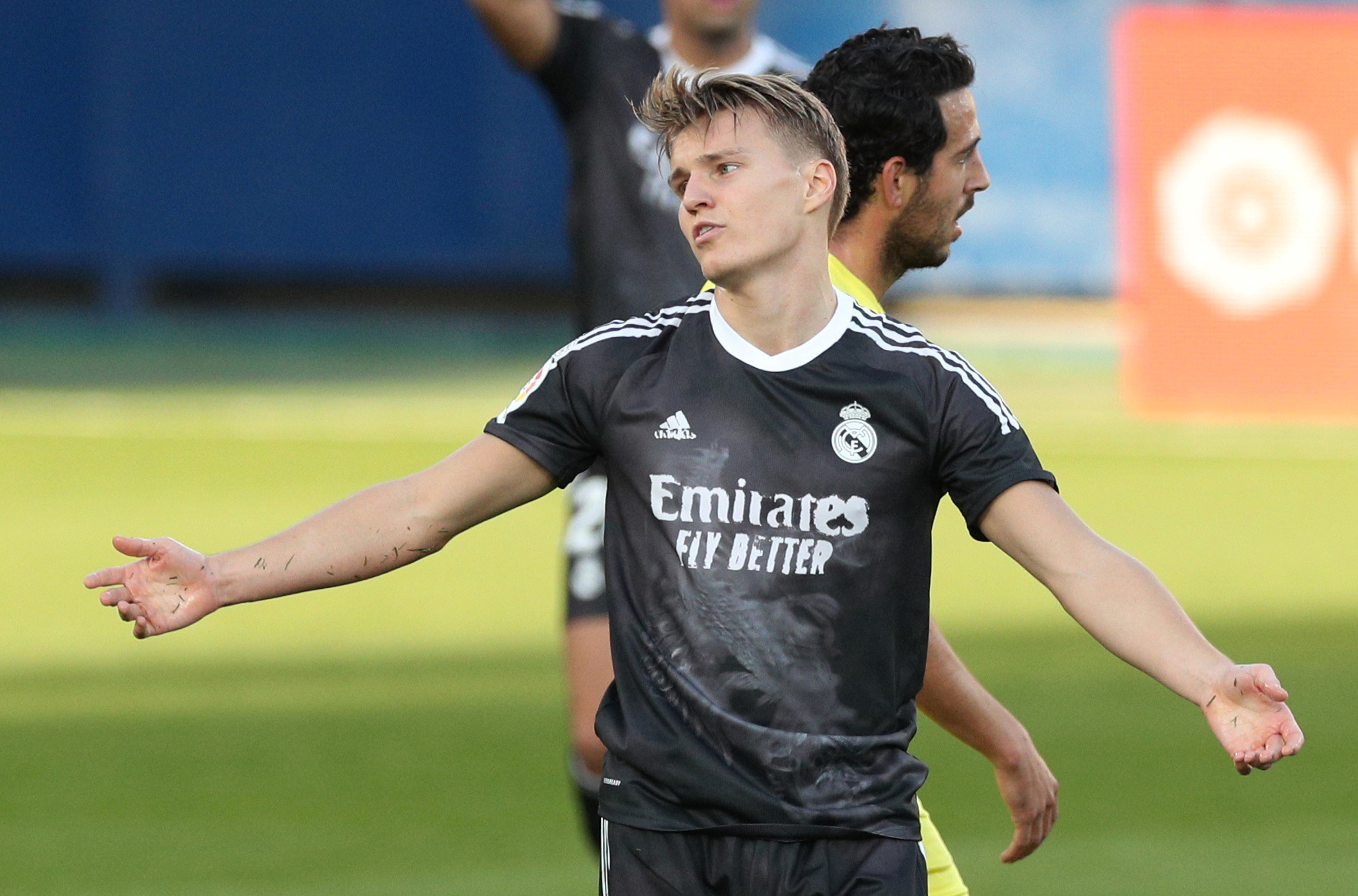 Martin Odegaard is set to complete a loan move to ArsenalCredit: Reuters

Mikel Arteta is believed to have personally called the 22-year-old to persuade him to move to the Emirates rather than stay in Spain with a move to last year’s loan side Real Sociedad.

The Athletic reports Odegaard is due to fly into London later on Sunday with a move expected to be concluded after a medical on Monday.

Due to the elite sportsperson exemption from self-isolation measures, if Odegaard returns a negative Covid-19 test, he will be free to immediately join up with Arteta’s squad.

Odegaard’s deal includes no option to buy with Madrid reluctant to sell the star, but the two clubs will discuss the situation at the end of the season, transfer guru Fabrizio Romano reports.

The creative talent is also said to have turned down a move to Ajax as he seeks game time away from the Bernabeu.

Odegaard has only made three LaLiga starts and four appearances off the bench under boss Zinedine Zidane this season.

Los Blancos are reluctant to sanction a permanent deal with reports Zidane will leave in the summer and club brass want a potential new boss to have the chance to use Odegaard.

Odegaard burst onto the scene as the youngest player to star and score in the Norwegian Premier League and he joined Madrid aged just 16.

He spent the majority of his time in the Spanish giants’ B side – when Zidane was the coach – before moving to Sociedad on loan last season.

Odegaard impressed with four goals and six assists helping the Basque side to sixth place and causing Real to recall him.

Arteta is known to want to add creativity and this was underlined when his side mustered just two shots on target in being dumped out of the FA Cup on Saturday.

On the same day Arsenal confirmed Mesut Ozil’s departure, Odegaard is due to join impressive youngster Emile Smith Rowe in being tasked with providing a creative spark.

Odegaard will be the Gunners’ second loan signing of the window after Aussie keeper Mat Ryan arrived from Brighton.