THIS was one helluva Royal Rumble. 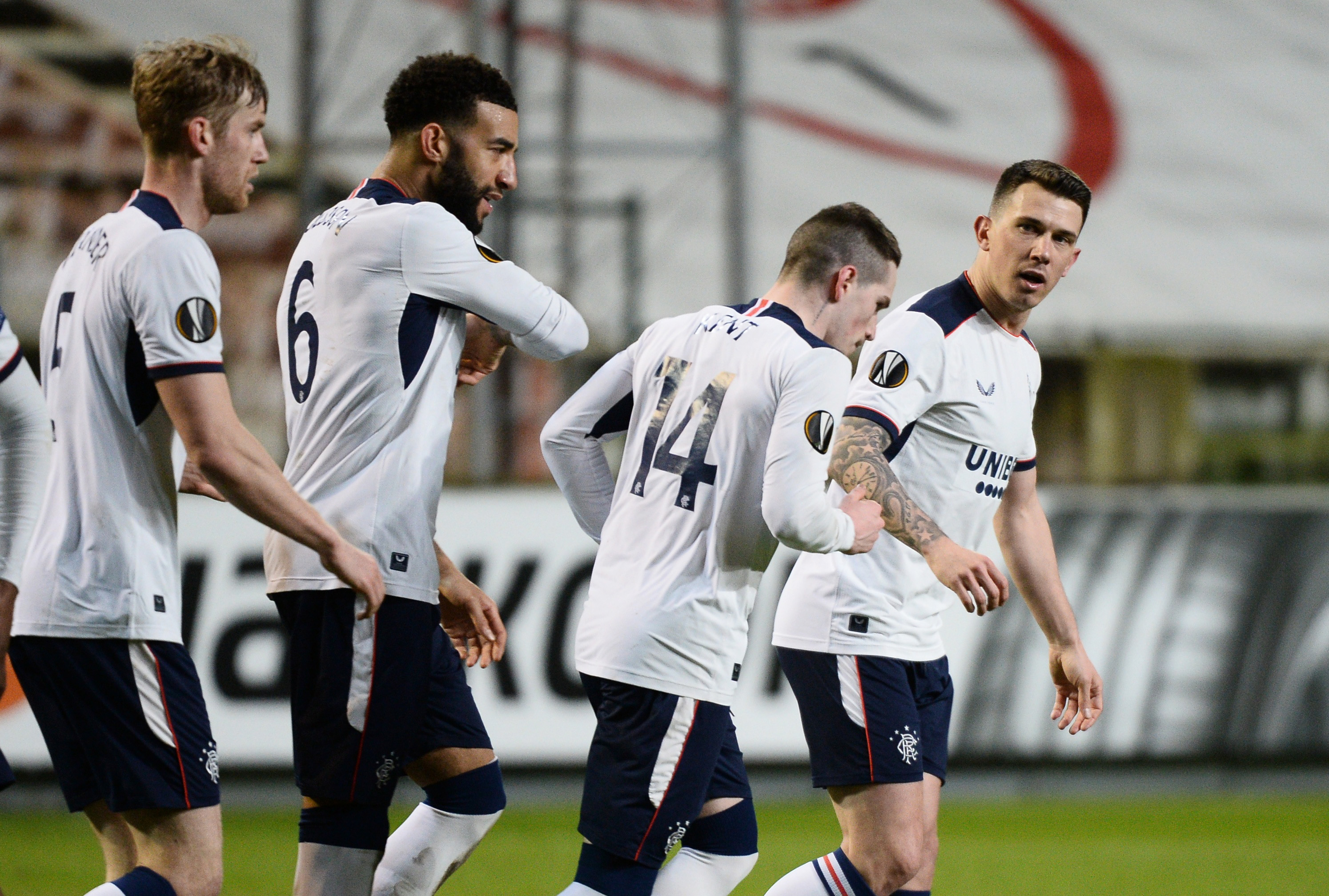 Ryan Kent’s equaliser for 3-3 turned the momentum of this gameCredit: Reuters

Joe Aribo and Ryan Kent hit goals too which went a long way to knocking out the Belgians.

In an extraordinary night of football the home side made Gerrard’s men sweat for the victory – but the end result was no more than the Ibrox side deserved.

This victory came at a close with the loss of James Tavernier to injury a cruel twist of fate for the luckless Ibrox skipper. 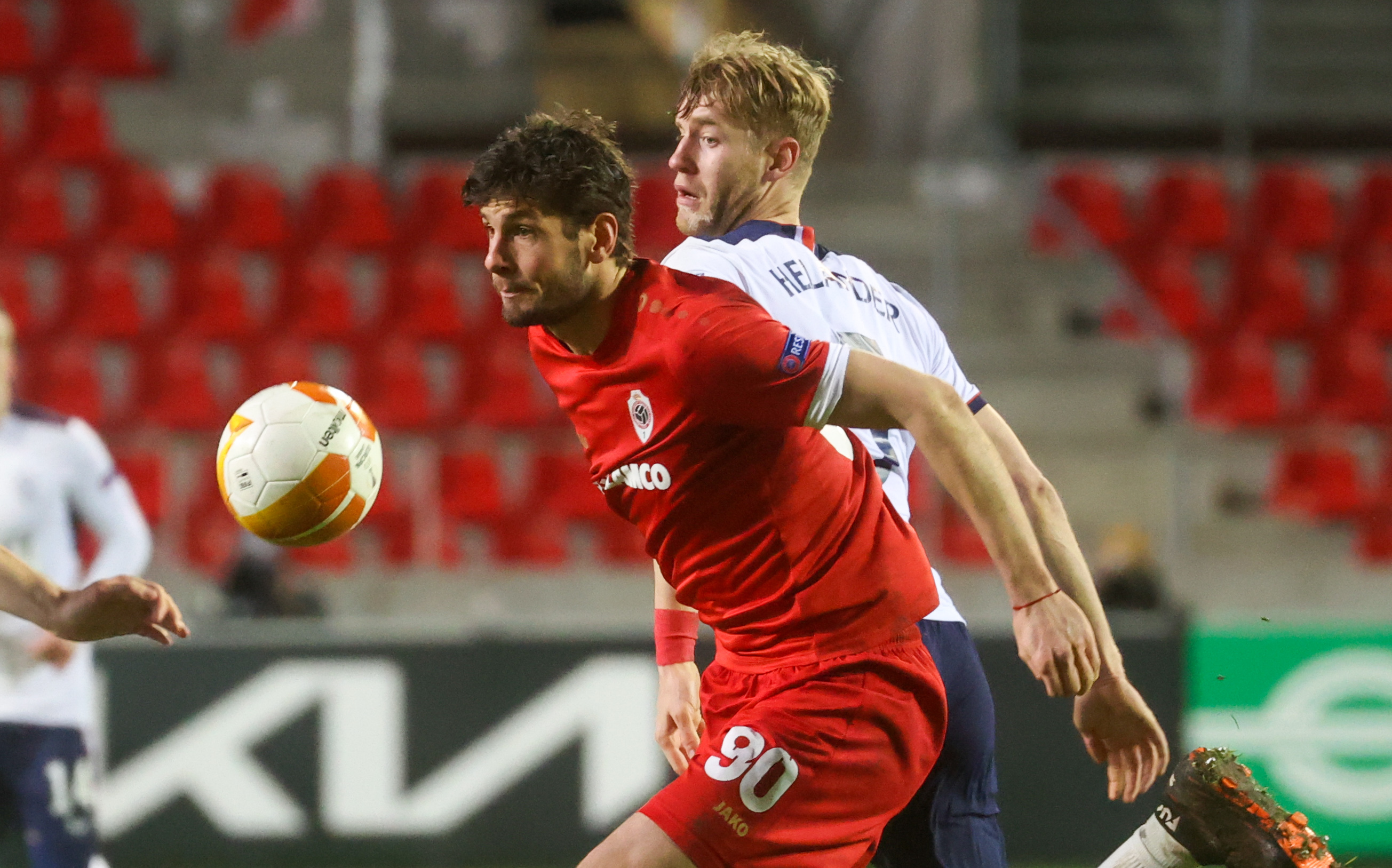 Filip Helander had his hands full with AvenattiCredit: PA:Press Association

Before flying out of Glasgow on Wednesday afternoon Gerrard had dismissed a report which questioned the full-back’s fitness.

Tavernier himself even mocked the story on social media.

But after 20 minutes here the defender picked up a knee injury which saw him limp off the park.

The damage was done in a block challenge which appeared to open up his medial ligament.

Tavernier tried to bravely battle on after initially receiving treatment from the Rangers physios.

But the next time he touched the ball he dropped to the deck realising his night was prematurely over.

Experienced centre-back Leon Balogun stepped off the bench to take his place with Gerrard suddenly left ruing the absence of kid right-back Nathan Patterson who was back home self-isolating after stupidly going to a house party at the weekend.

This should have been his chance to go out and grab. 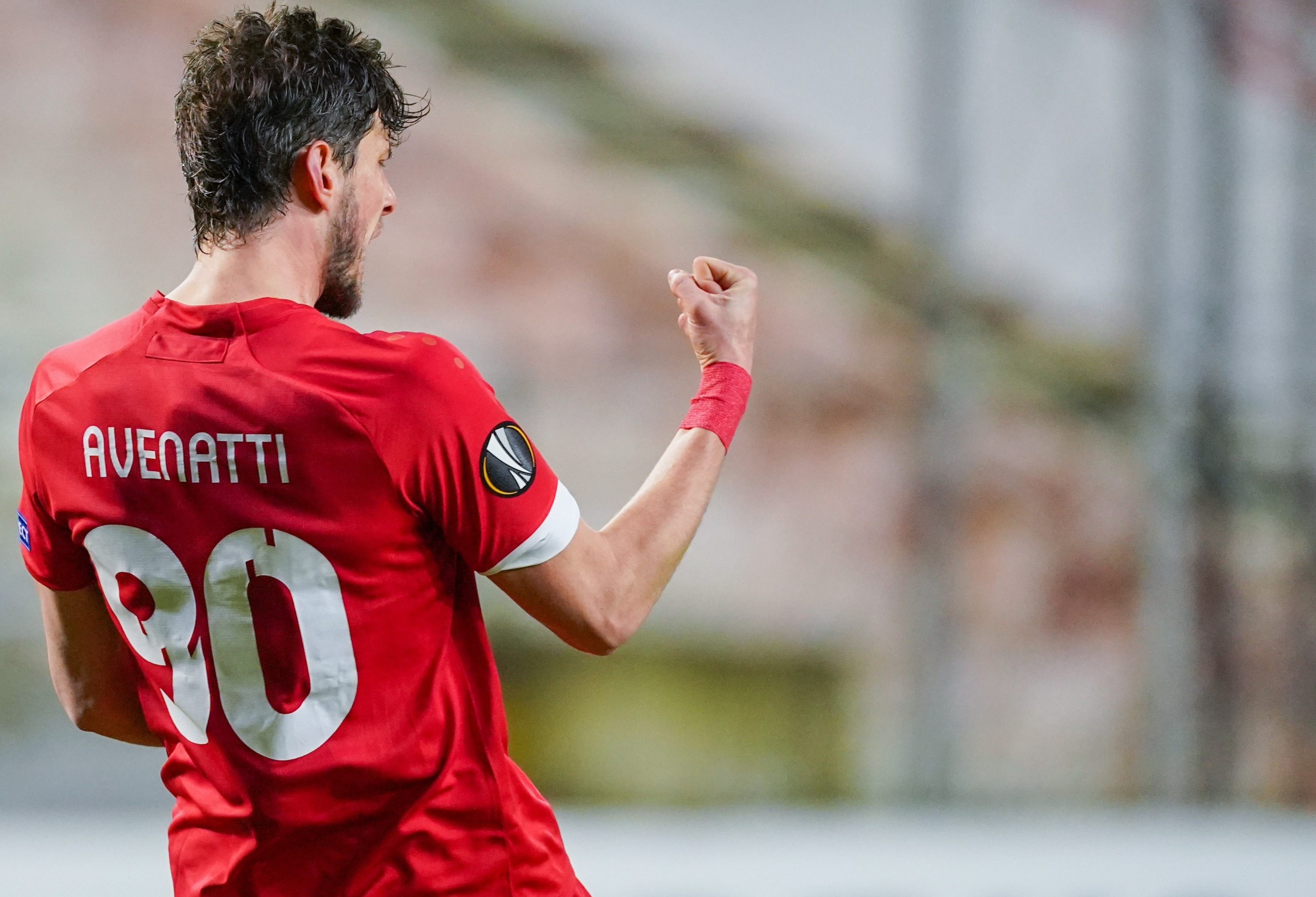 Rangers, though, looked like they would shake off the early blow as they took the lead after 38 minutes.

Antwerp keeper Alireza Safar Beiranvand blundered when he spilled the ball after Kemar Roofe burst into the box after a searching pass from Conor Goldson from the back.

Alfredo Morelos did well to nick the ball to Aribo and he showed real composure to pass cooly into the net.

It was looking so good for Rangers at that stage of the game.

They were playing well and attacking dangerously whenever they got bodies into the final third.

But Antwerp managed to draw level in 44 minutes before incredibly taking the lead in stoppage time at the end of the first-half.

Their equalise was poor from a Rangers perspective. 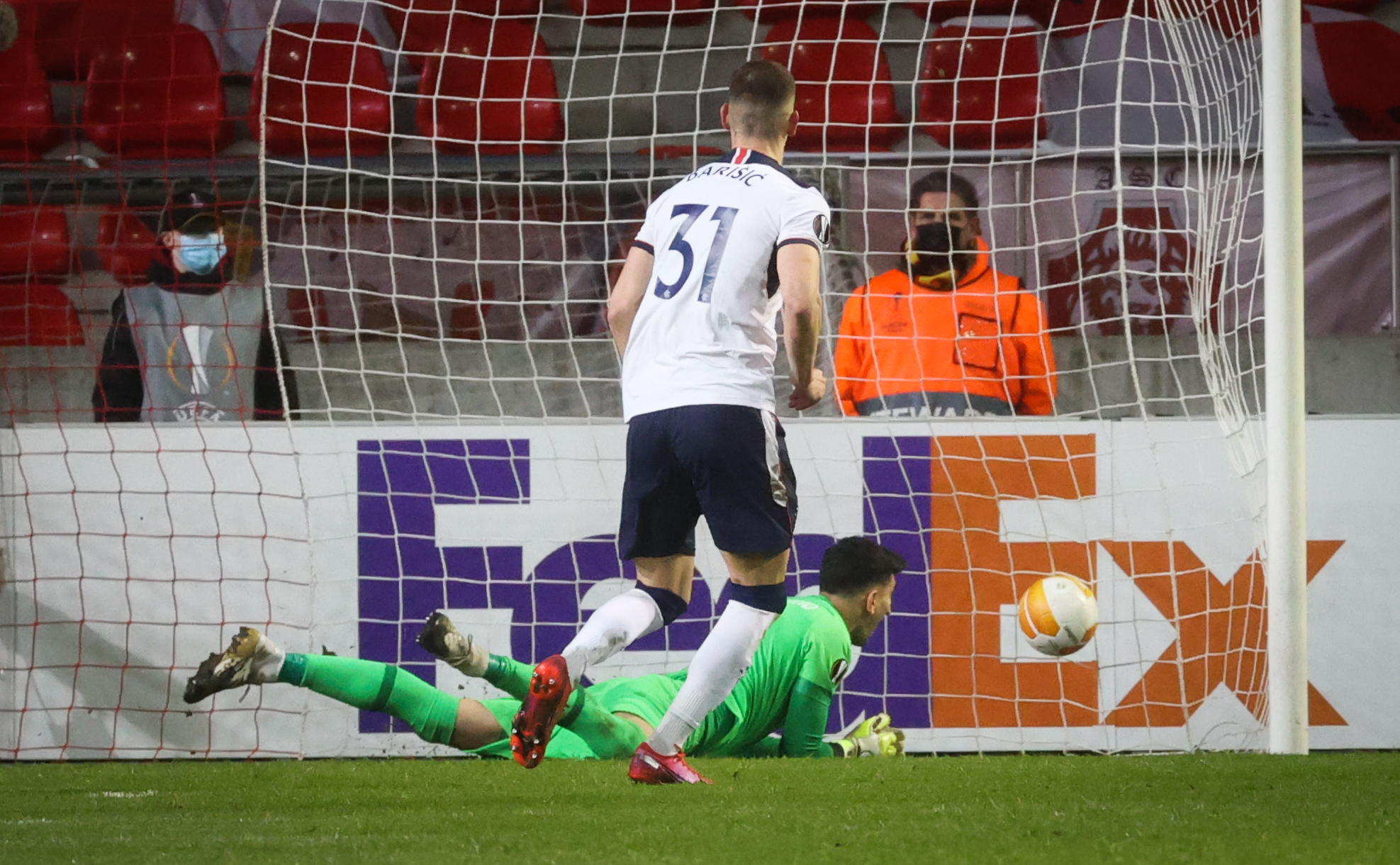 Barisic bangs in the first of his two penaltiesCredit: PA:Press Association

It came from a simple free-kick delivered into the box which saw Barisic lose his man with striker Felipe Avenatti free to nod past Allan McGregor.

Gerrard would have just wanted to get his men back into the away changing room there and then.

But in the SIXTH minute of added-on time the Belgians stormed ahead.

The goal came from the penalty spot after Steven Davis clipped Lion Refaelov’s heel inside the box.

The contact was minimal but the Israeli collapsed in a heap with Bulgarian referee Georgi Kabakov buying it.

Refaelov himself took the kick to slam past McGregor. 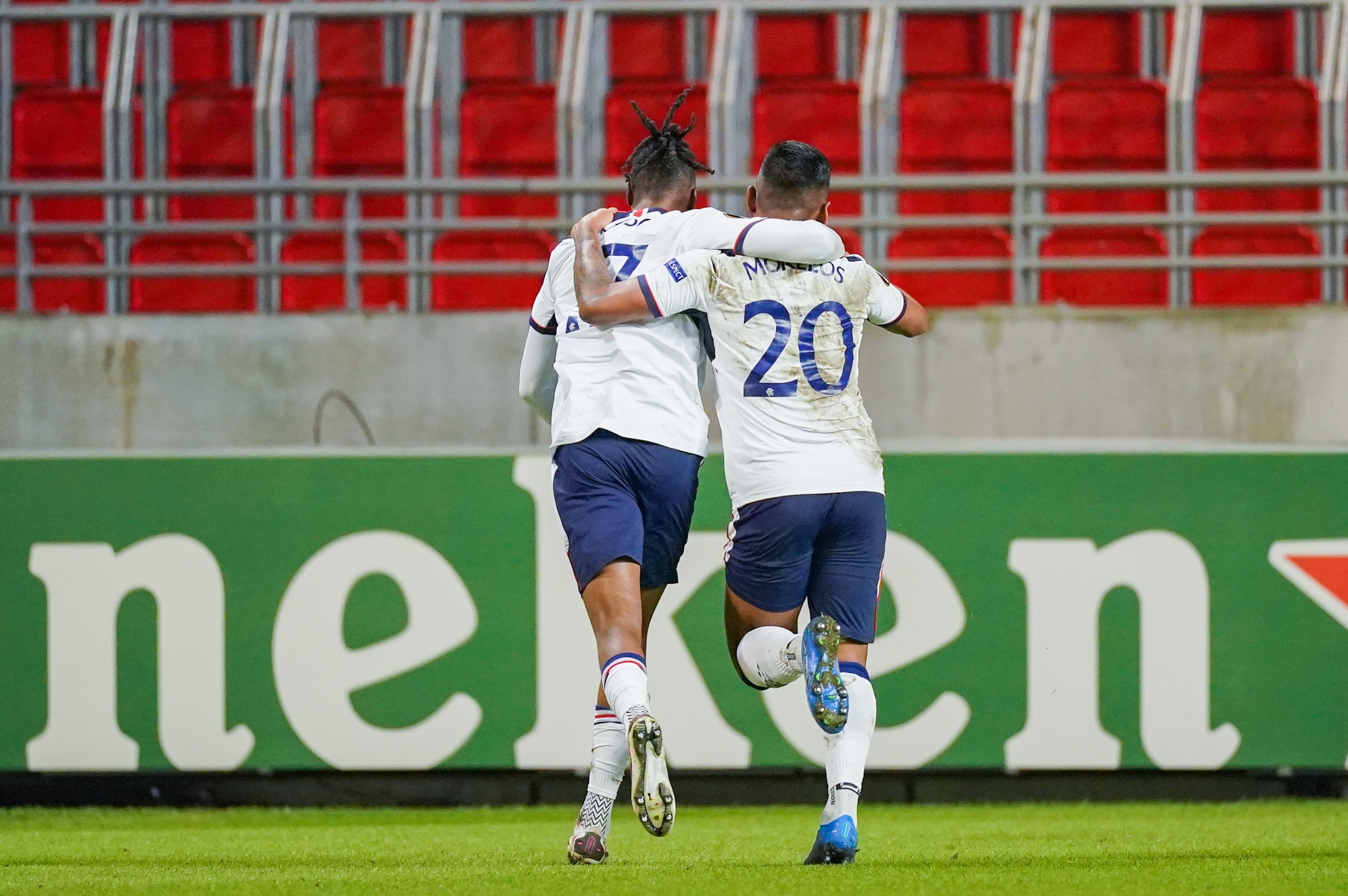 Rangers had an early shout for a penalty themselves when there appeared to be a handball inside the Antwerp box, but the Belgians escaped.

Things just seemed to go against Gerrard’s men before the break.

They also lost Roofe to injury as he limped off to be replaced by Kent.

The winger had travelled to Belgium nursing a knock which the Ibrox boss wanted to protect.

But when he went on he was in the mood to make things happen in the second-half with Rangers soon level.

Again the goal came from the penalty spot.

It required a VAR decision with the hopeless whistler missing a clear dug on Morelos’ jersey by defender Ritchie de Laet.

Play raged on before the official was urged to stop the game and look at the TV monitor at the side of the pitch which showed his error.

With normal spot-kick taker Tavernier missing, Barisic stepped up on his 100th Rangers appearance to make it 2-2 with a left-foot effort the Antwerp keeper almost saved.

Gerrard’s men looked good to go on and win the game from there.

But in 66 minutes they were hit with a sucker punch as Martin Hongla squeezed a shot in off the post from the edge of the Rangers box.

McGregor stood rooted as the ball flew past him but there was nothing he could have done to keep it out.

With ten minutes to go sub Ianis Hagi missed a great opportunity to make it 3-3 with an effort he turned wide.

Barisic’s first penalty makes it past the goalkeeperCredit: PA:Press Association

But in 82 minutes Kent showed how it should be done.

He danced into the box, twisting and turning, before blasting into the net.

But the drama wasn’t over. Far from it. The final few minutes were end to end with both sides going for it.

Kent could have won game after being stabbed through but this time his shot was blocked by the keeper.

Then in the dying seconds Antwerp had one shot saved brilliantly by the outstanding McGregor and another effort cleared off the line.

Rangers weren’t finished, though, and sensationally won the game in incredible circumstances.

After breaking forward Kent had a shot blocked by stopper Abdoulaye Seck inside the box with the referee spotting an arm was used.

The defender was sent off with Barisic keeping his cool to blast home his second penalty of the night to give Rangers a magnificent win.