DESPITE wearing boots two sizes too big, onlookers at a Hyde High School football match knew the feet inside them belonged to a rather special 11-year-old.

In November 2013, Anthony Elanga was simply trying to settle in this country after moving with his family from Sweden.

Anthony Elanga was an impressive student 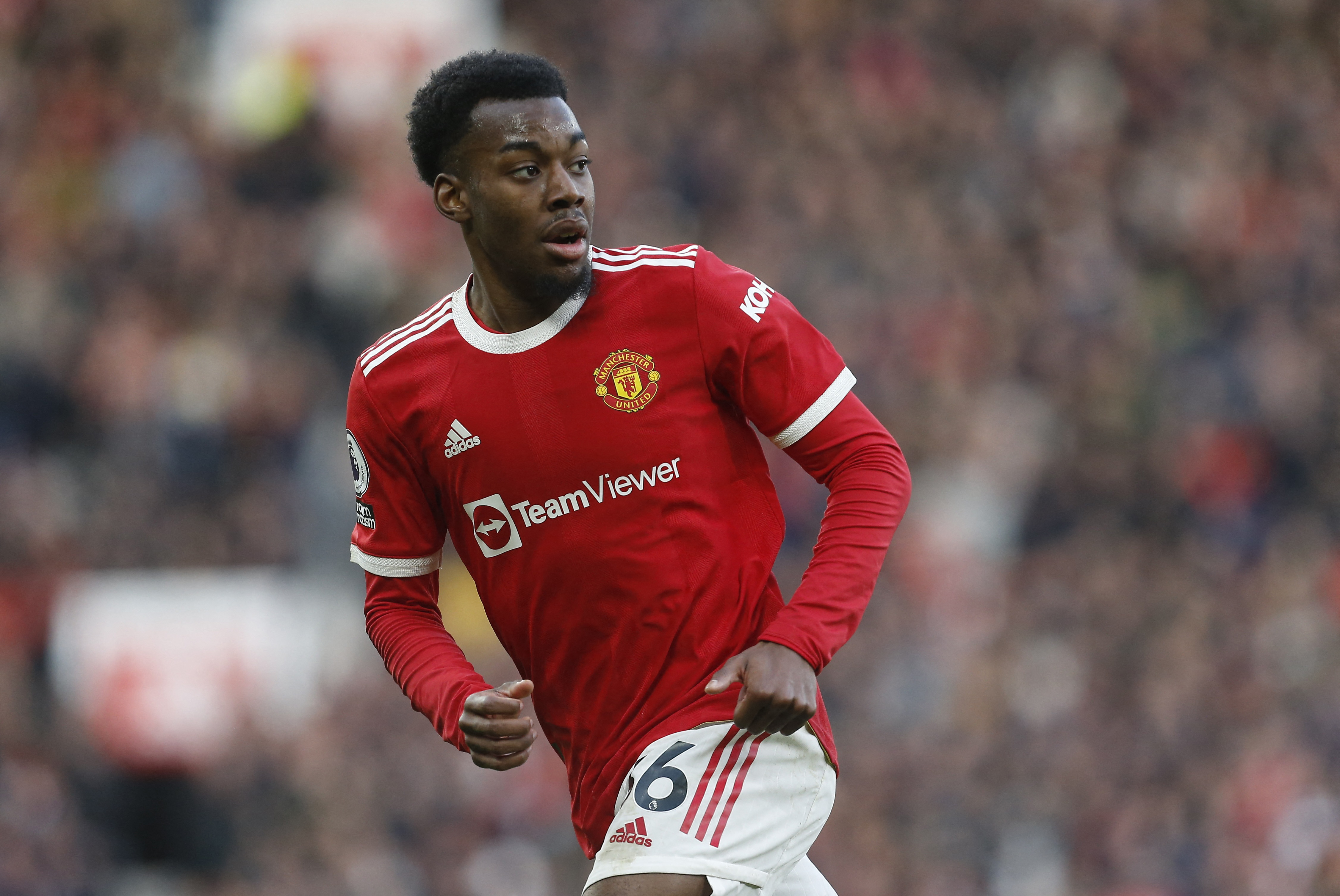 Elanga, 19, is already a mainstay in United’s first-teamCredit: Reuters

Now the 19-year-old is preparing to line up for Manchester United in Sunday’s derby in front of 53,000 fans, during a season in which he has eclipsed the likes of £73million Jadon Sancho.

Mark Leadbeater, a PE teacher at Hyde High School, was told by the kids that the new lad was pretty good at football.

And he was left stunned by Elanga’s instant impact, that included a goal the lad’s future team-mate Cristiano Ronaldo would be proud of.

Leadbetter revealed: “On Anthony’s first day, we had a game at another school on an Astroturf pitch.

“Not the new Astroturf — the sort that if you slip on it you’re taking your skin off.

“Some of the lads said, ‘There’s a new boy and he’s really good at football. Can he play?’. 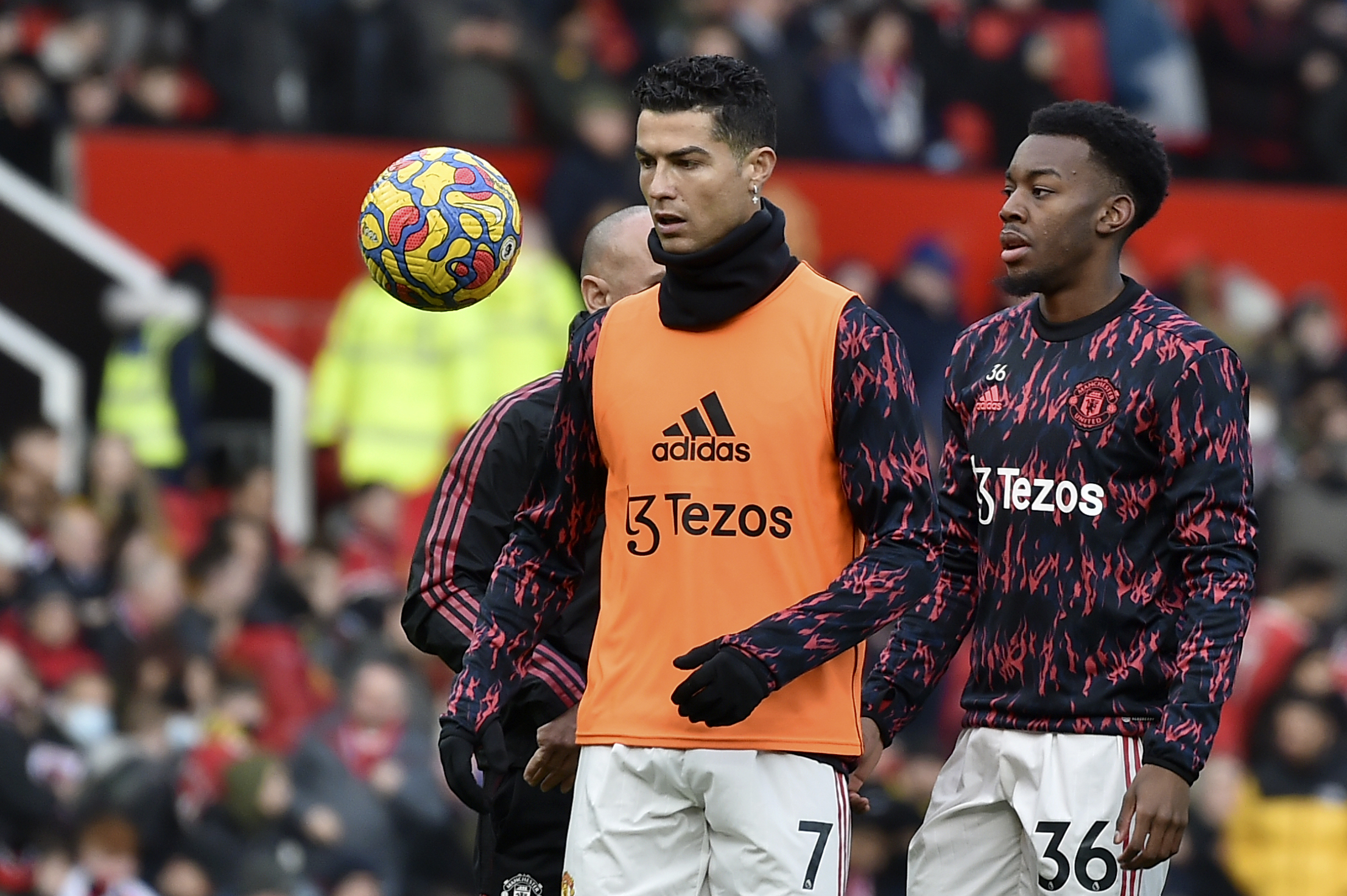 “My usual approach was ‘I’ll let him join in and he may get ten minutes’.

“But it was a freezing day and I said, ‘He’s only standing on the sidelines for ten minutes, max.

“Anthony phoned his mum to make sure he could play.

“He didn’t have any kit so I had to get boots that were two sizes too big and he wore a massive pair of shorts I found in a bag.

He got the ball, dribbled past five lads, went back around two of them, beat the goalkeeper, stopped the ball on the line and then tapped it in

“I took the right winger off and, luckily, on the right was his position.

“He got the ball, dribbled past five lads, went back around two of them, beat the goalkeeper, stopped the ball on the line and then tapped it in.

“Within about three months, his English was fluent.

“His dream was to play football professionally.”

Elanga — who joined junior side Hattersley FC after dazzling for ten minutes in his first training session — is as grounded as he is talented.

Recently, he unexpectedly popped up at the school gates to pick up younger sister Chanelle, who is in Year Eight there.

And a chat to Mr Leadbeater revealed his treasured memory of his short time at the school before United signed him in 2015.

Leadbetter added: “I hadn’t spoken to him since he left.

Before he did it, he said, ‘I’m going to do a Ronaldo’

“I asked him what his main memory was and he said in that first game he also scored a free-kick just like Ronaldo did against Portsmouth in 2008.

Elanga was just as good at athletics, winning the 1,500 metres in the 2015 Tameside Borough Games.

Tameside’s sporting body had no idea Elanga had even competed until SunSport contacted them.

And his tactics for the race were to ignore his teacher’s advice.

“In that race, there was a really good lad running for another school and he asked me how to approach the race.

“My advice was, ‘Don’t try and run at the front, pace yourself, then on the last lap you can try and overtake them’.

“He went out from the front from the word go and stayed there — he completely ignored me!”

Elanga is fondly remembered at his old school, with teachers highlighting him as a role model to other pupils.

Leadbetter added: “He worked hard, whatever lesson he was in.

“In PE, you may get a talented lad and it’s very obvious but they just want to do the stuff that makes them talented.

“Anthony would do whatever you asked him to do to the best of his ability.

“When he scores in the Premier League or Champions League, we highlight his story to the kids here now.

“I asked some of the staff, ‘If you could sum Anthony up in two words or phrases, what would they be?’.

“The two that came back were ‘polite’ and ‘worked hard’.

“I’ve spoken to his mum about him coming in but he’s making it on his own now and we wouldn’t want to take his mind off what he’s doing.” 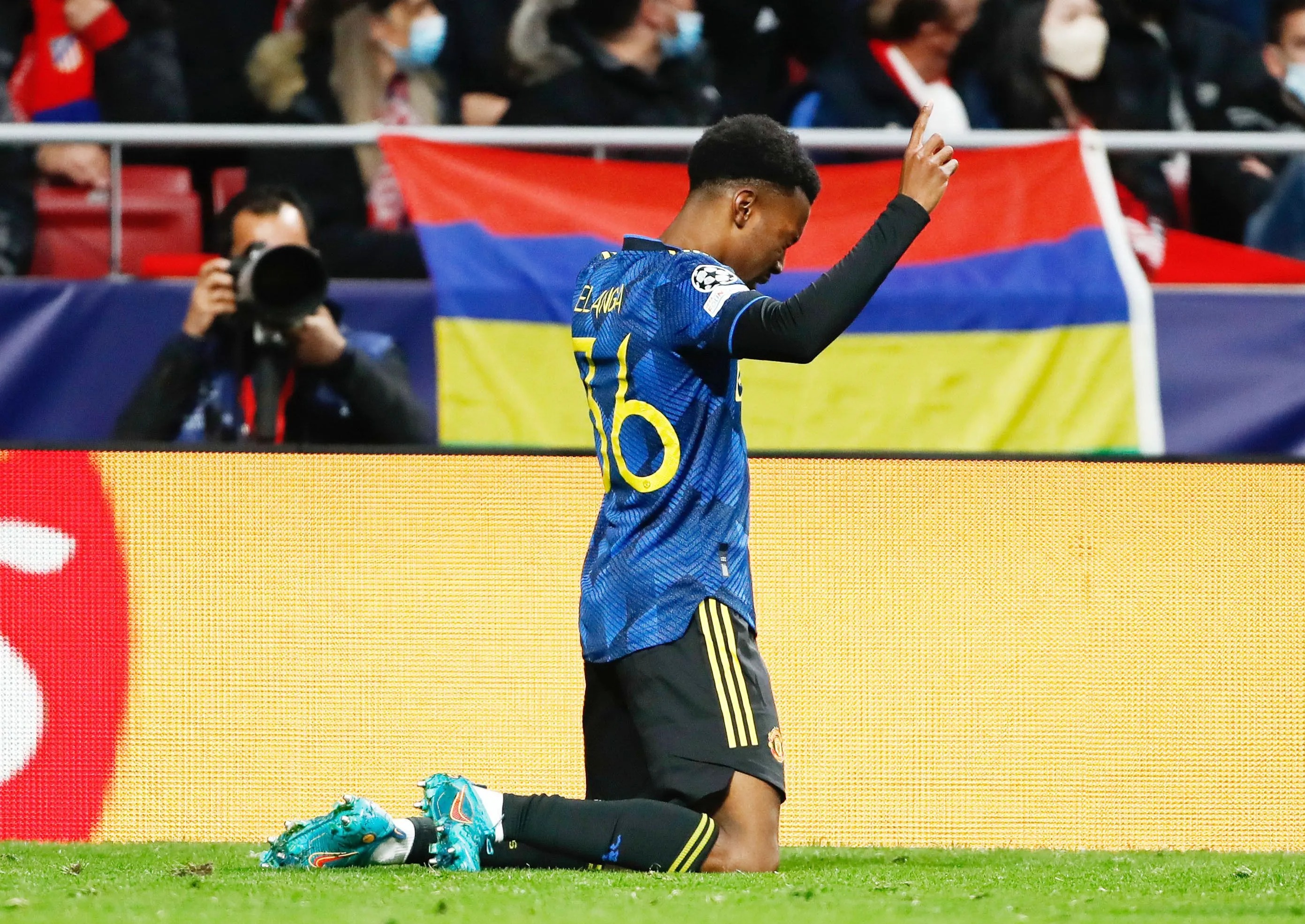 The teenage winger has already scored an important goal in the Champions LeagueCredit: Rex