With the tie evenly poised at 1-1 after last week’s clash at the Emirates, emotions were already bound to be running high in the Czech Republic. 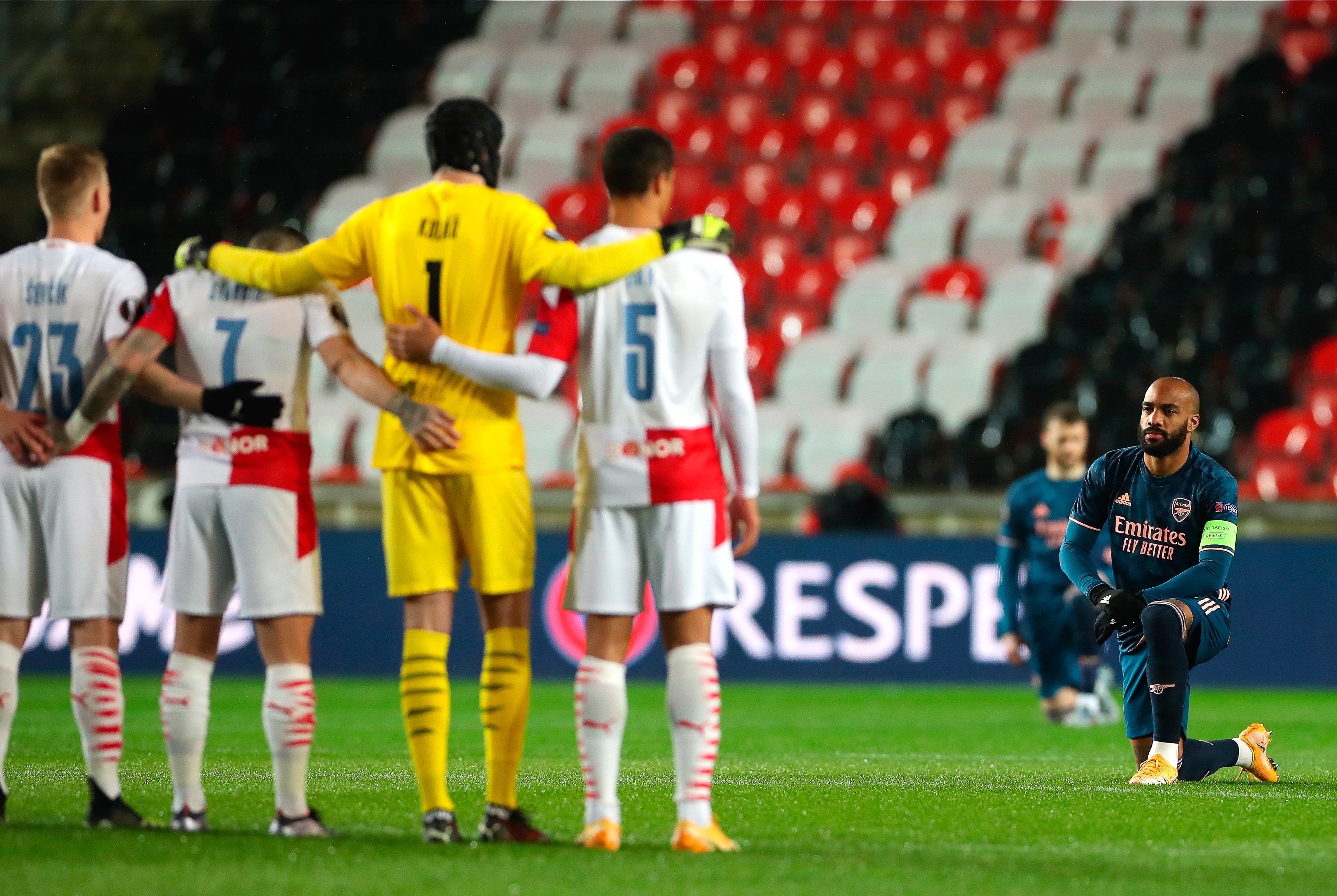 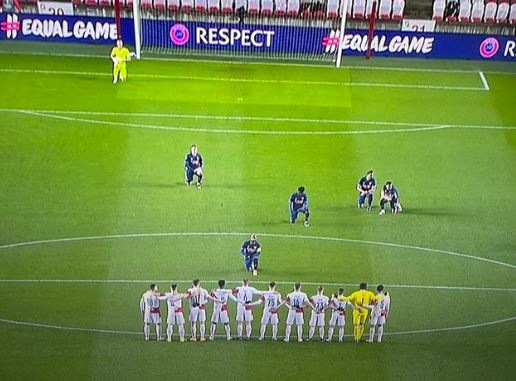 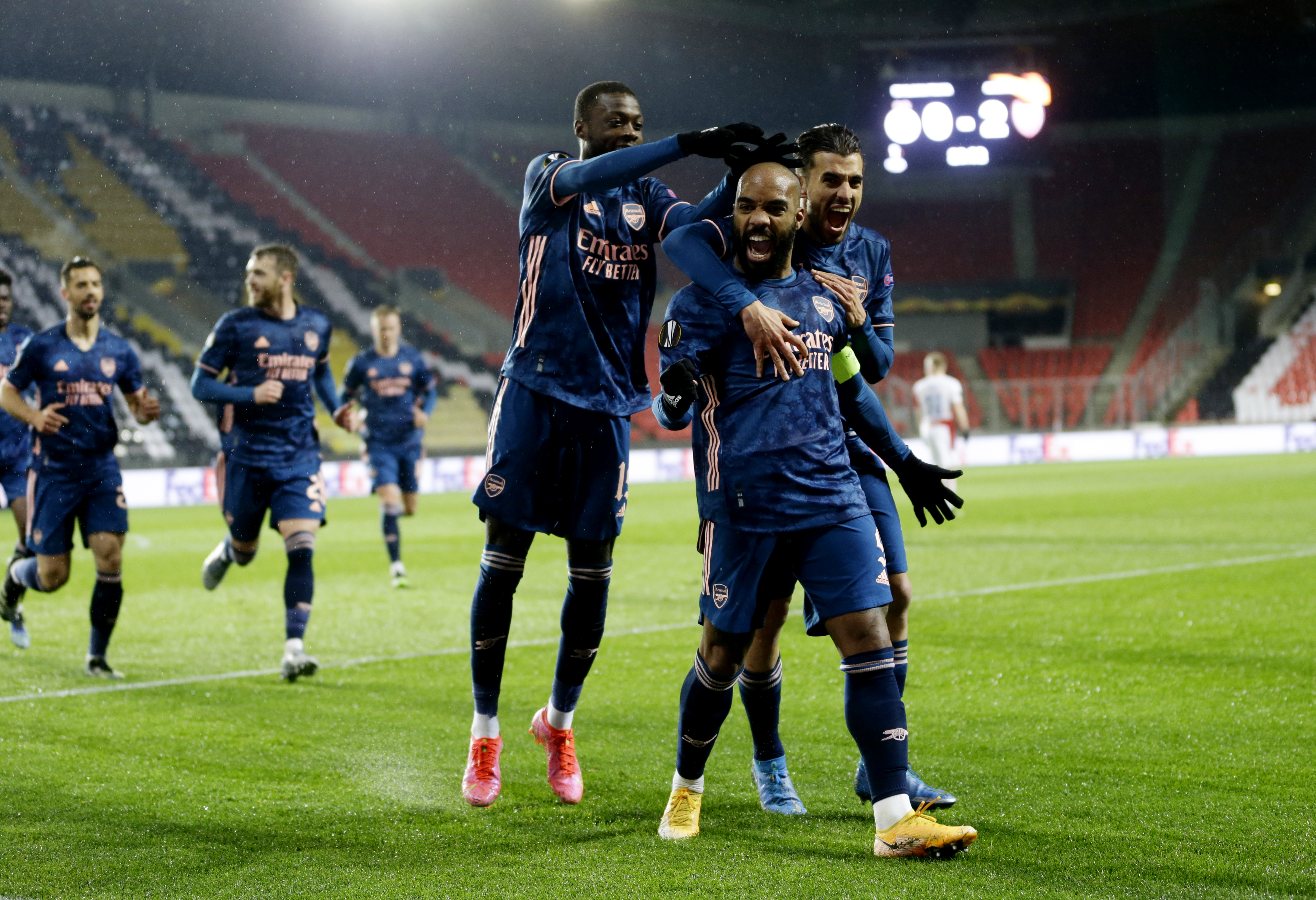 Lacazette went on to score twice in the game as Arsenal reached the Europa League semisCredit: Reuters

And as both sides lined up for the game in Prague, Lacazette – Arsenal‘s captain for the evening – strode over to the Slavia players, who themselves refused to kneel, and took a knee directly in front of them.

Kudela has since been banned for TEN games for ‘racist behaviour’.

Kamara was also banned for three matches after being found guilty of assaulting the Czech international.

And a little over 24 hours after Kudela’s ban was announced, Lacazette emotionally took his place in front of the standing Slavia Prague players.

Boss Mikel Arteta explained: “They asked me and the club that they wanted to take that initiative.

“They had the right reasons for it so the club was very supportive. I was supportive.

“Thankfully, the referees and Uefa were being supportive. I think it was a good gesture.

“The captain came to me and asked me to do that. I supported them like the club did.”

And it appeared to light a fire in Lacazette’s belly, as he scored TWICE in the 4-0 rout as the Gunners set up a semi-final clash with ex-boss Unai Emery and his Villarreal.

Lacazette netted Arsenal’s second from the penalty spot just 21 minutes into the game, before adding his side’s final goal with 15 minutes to go.

The French forward was filling in as skipper for strike-partner Pierre-Emerick Aubameyang.

Shortly before kick-off, Aubameyang took to Instagram to reveal he was being treated for malaria picked up on international duty.

The Gabon star, 31, revealed he had been feeling under the weather for a ‘couple of weeks’.

Aubameyang played in the 3-0 defeat at home to Liverpool and the 1-1 first-leg draw with Slavia Prague since returning from the international break.