THOMAS TUCHEL is already just one step away from managing a team at Wembley – and he has only been in charge at Chelsea for five matches.

The German coach saw his team struggle past Barnsley and they needed a winner from Tammy Abraham which looked suspiciously offside. 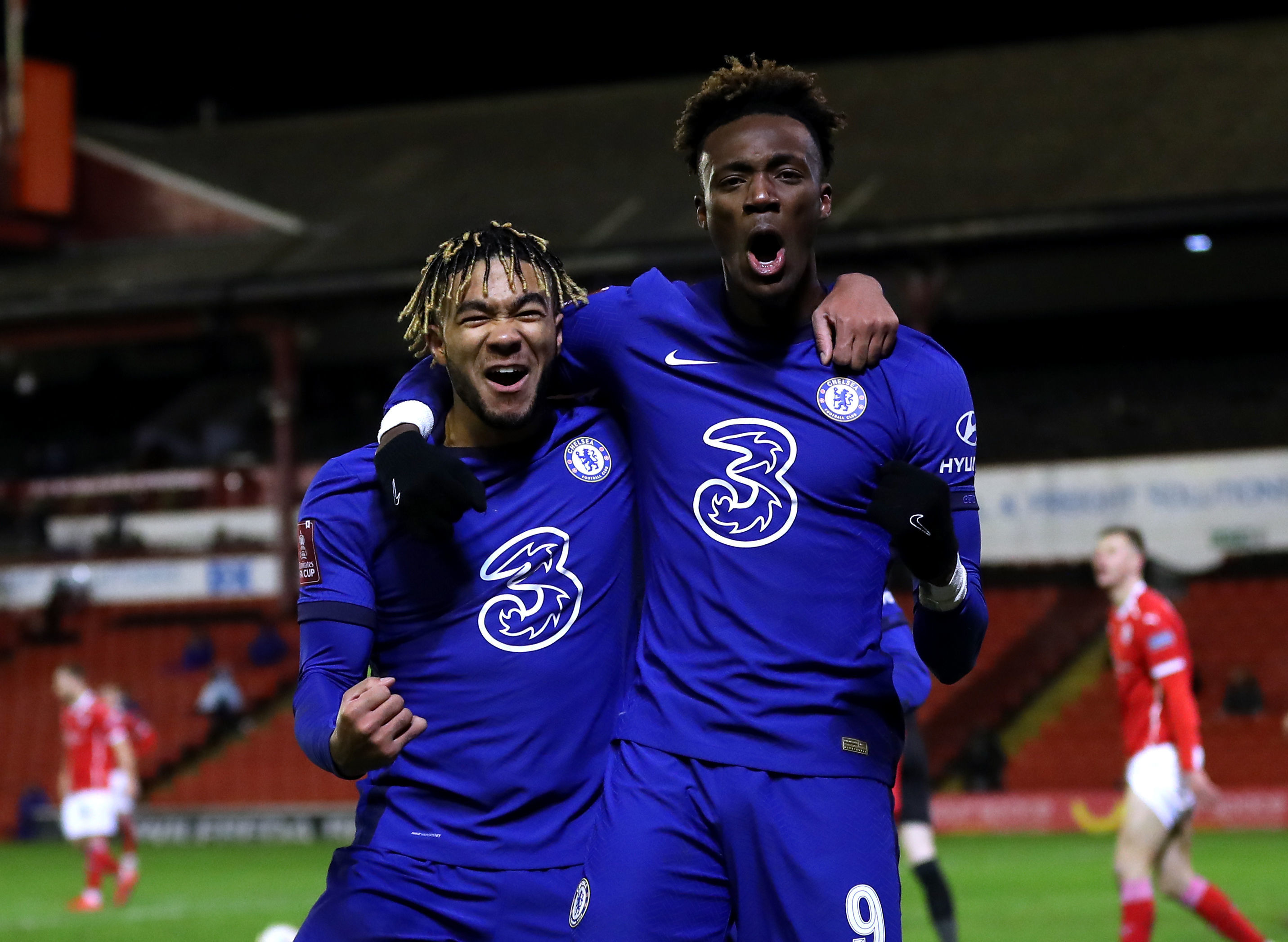 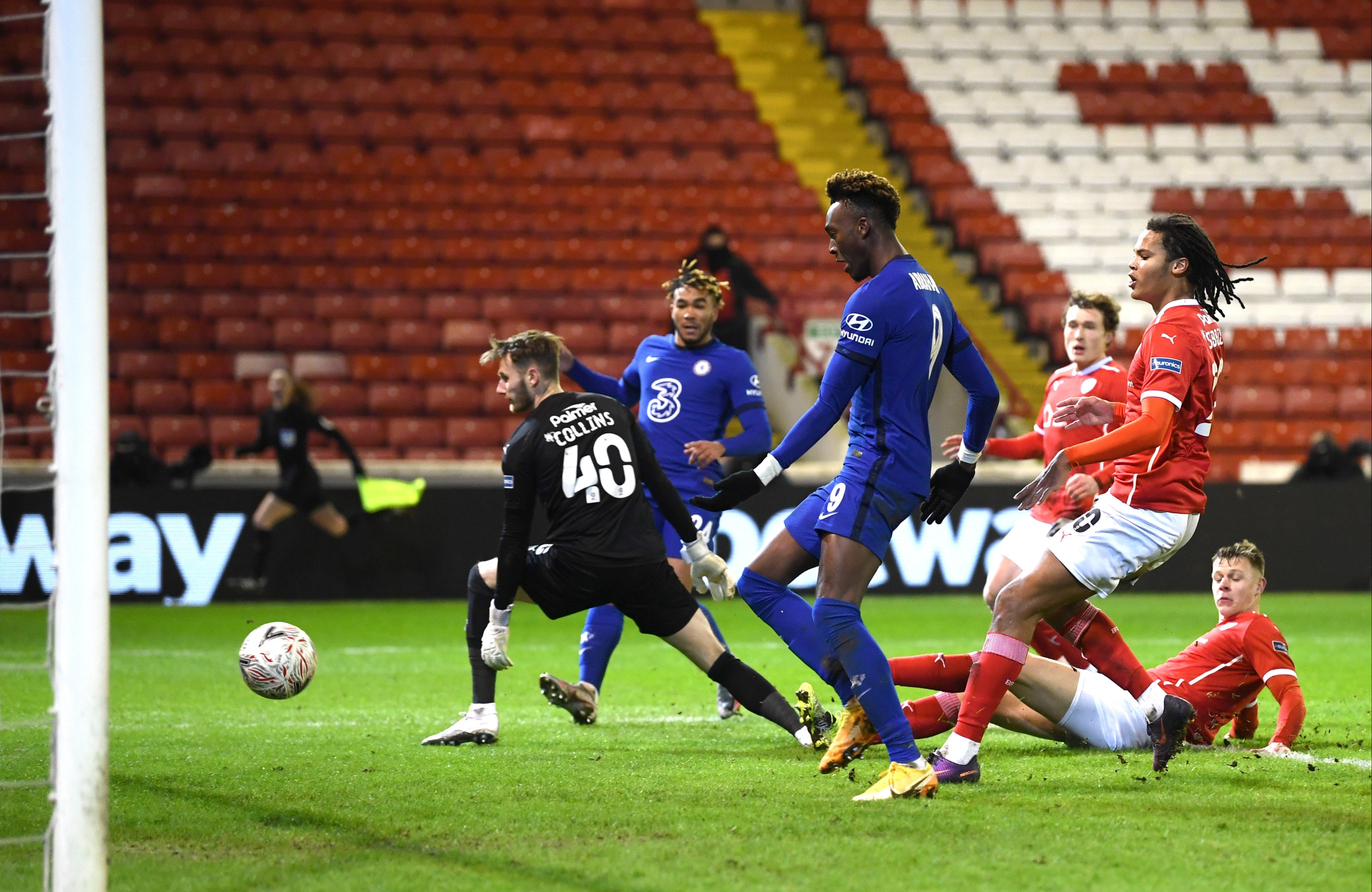 At the very least, without the benefit of VAR, it looked a tight decision.

Now, Tuchel needs only to guide his team past Sheffield United at Stamford Bridge in the next round and already, he will be on his way to the national stadium for the semi-finals.

Yet while last year’s beaten finalists moved forward in the FA Cup, some of Tuchel’s players went backwards in his thinking as there was several poor performances.

There was a first start under Tuchel for his former player at Dortmund, Christian Pulisic, but he chedid little.ches

Also, Hakim Ziyech was given a run-out but all he did was moan the entire evening at the officials.

So at least Abraham took his chance, however controversial, for his 12th goal of the season and fourth in the cup.

Most importantly of all, he delivered a stunning goal-line block to deny Michael Sollbauer.

In fairness to Abraham, he showed plenty of running and hard work to get himself in the good position for his 64th minute strike but from the rest of his team, it was a generally lethargic performance. 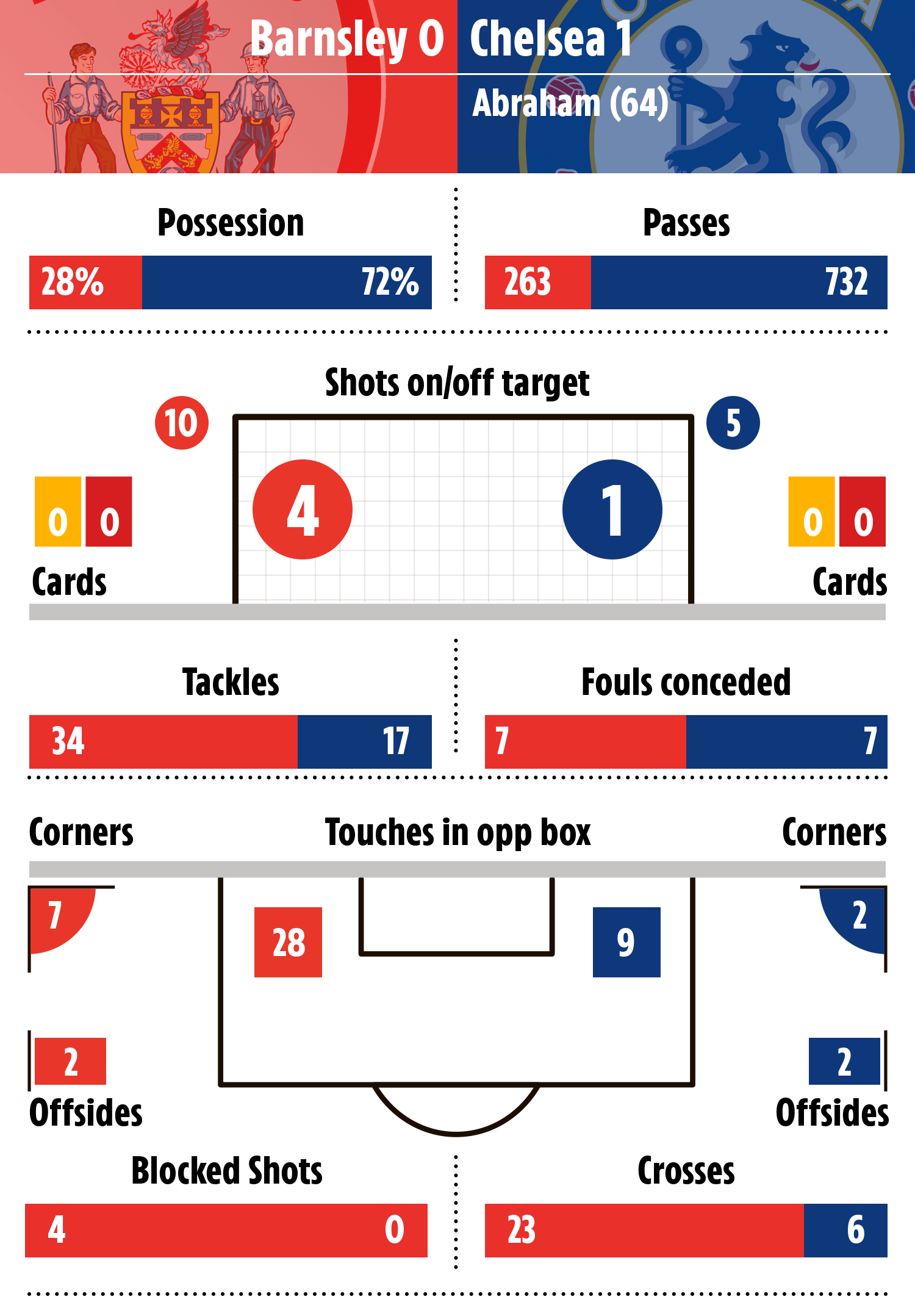 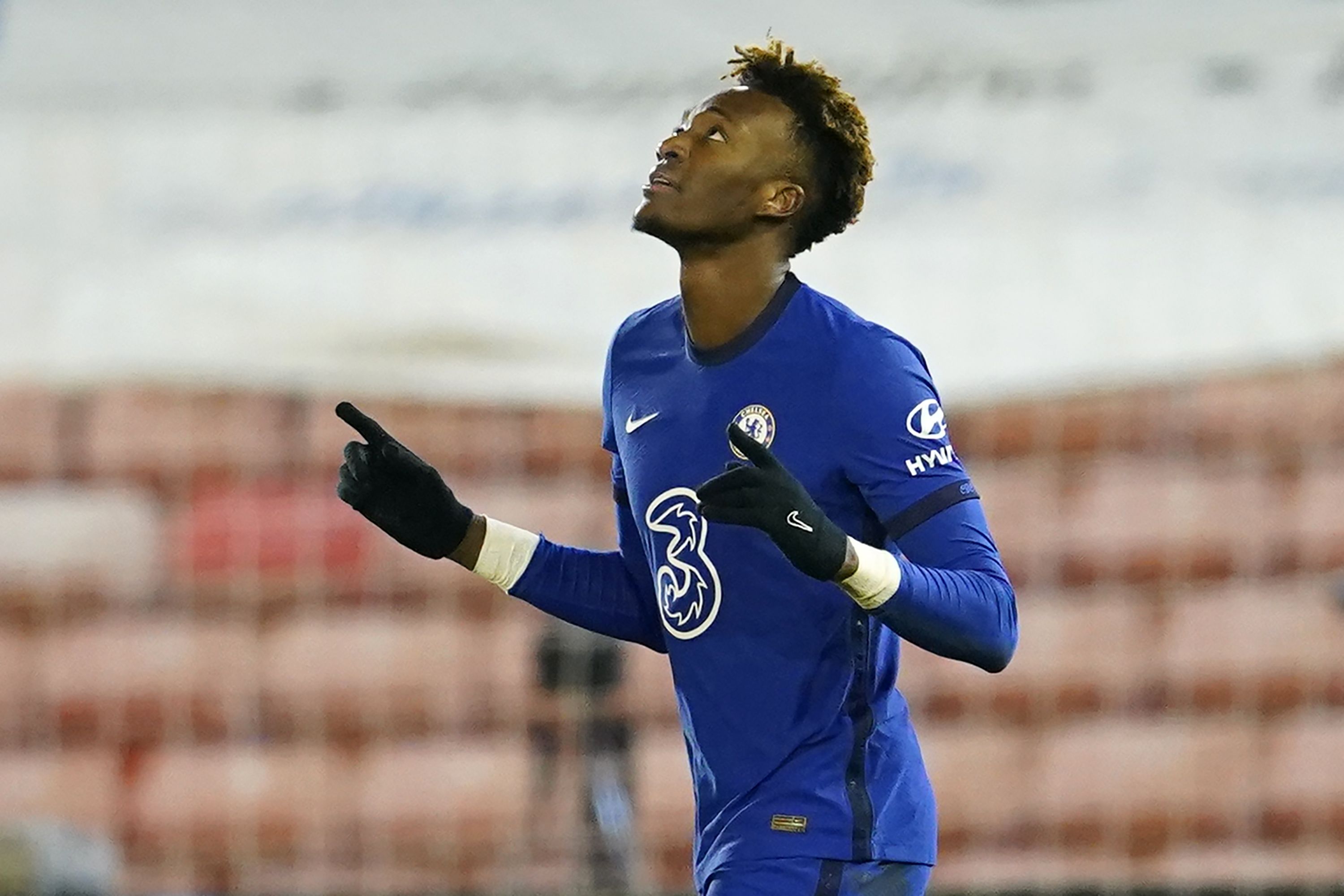 Abraham netted midway through the second-half much to the relief of Blues fansCredit: AFP 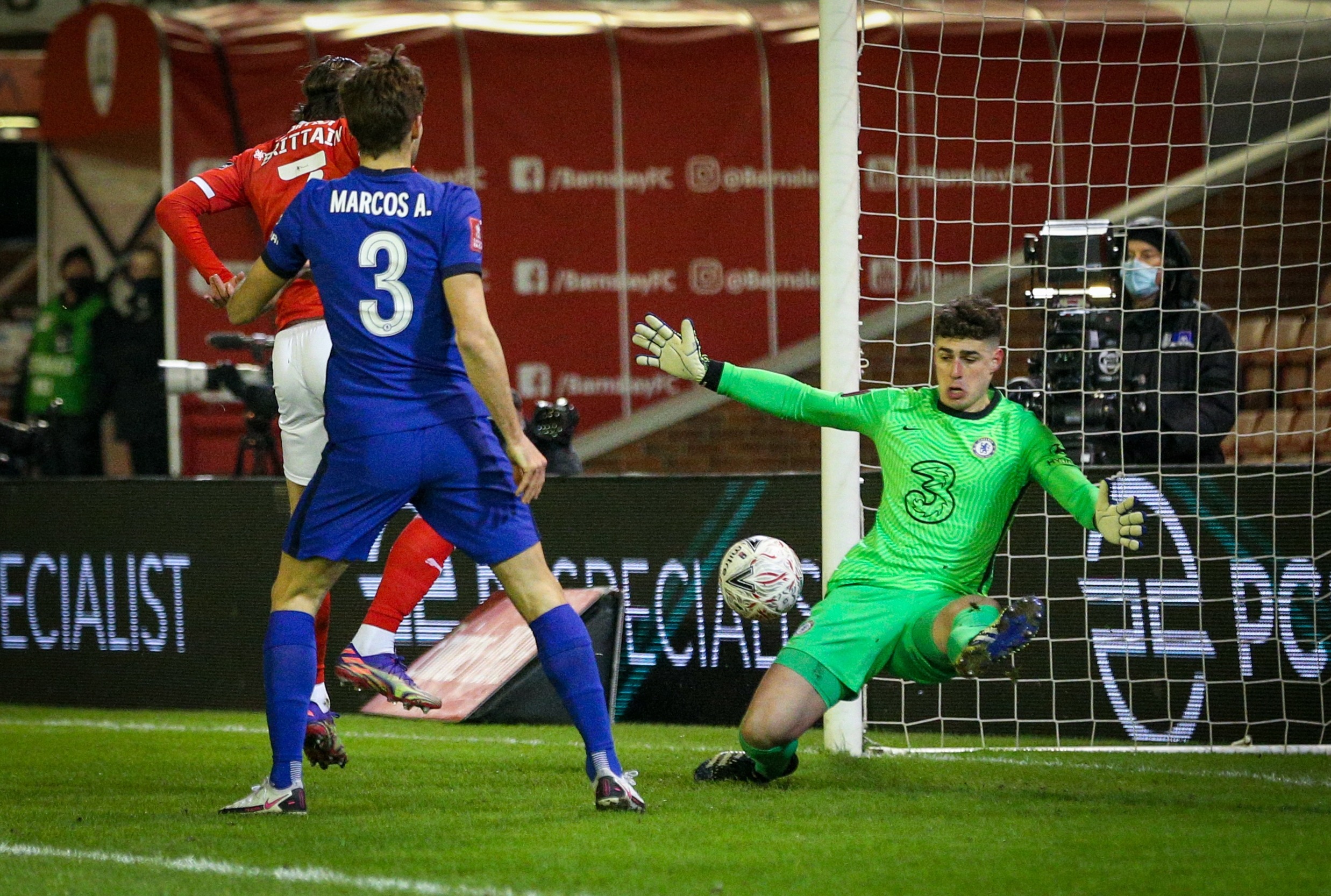 Recalled Kepa was forced to make a sharp save in the first-halfCredit: Getty Images – Getty

At half-time, Tuchel made a double change at the back with Reece James and Antonio Rudiger replacing Alonso and Andreas Christensen and there was certainly an improvement as Barnsley had edged the first half.

Under Valerien Ismael, Barnsley are one of the better footballing teams in the Championship even though they are only around mid-table.

And their high-energy football caused Chelsea some problems, particularly at the start and end of the first half.

Chelsea would have been handed a first half penalty had there been VAR after a clear foul on Tammy Abraham. VAR is being used in the FA Cup but only at Premier League grounds.

While the decision may not please everyone, due to the costs of setting up the technology, particularly in the current financial climate, it is understandable when it is not being used at EFL clubs.

Kepa delivered a stunning point blank save to deny Callum Brittain after Alonso switched off.

Although it was a terrific stop, Brittain should still have scored from so close.

Kepa was making his first start for Tuchel with his previous start coming in the 3-1 win over Luton, which proved to be Frank Lampard’s final game.

Surprisingly, Barnsley were camped in the Chelsea half and the Blues’ new coach Tuchel shouting: “Guys, wake up!”

Yet Chelsea should have been handed a penalty when Abraham was fouled by Toby Sibbick. 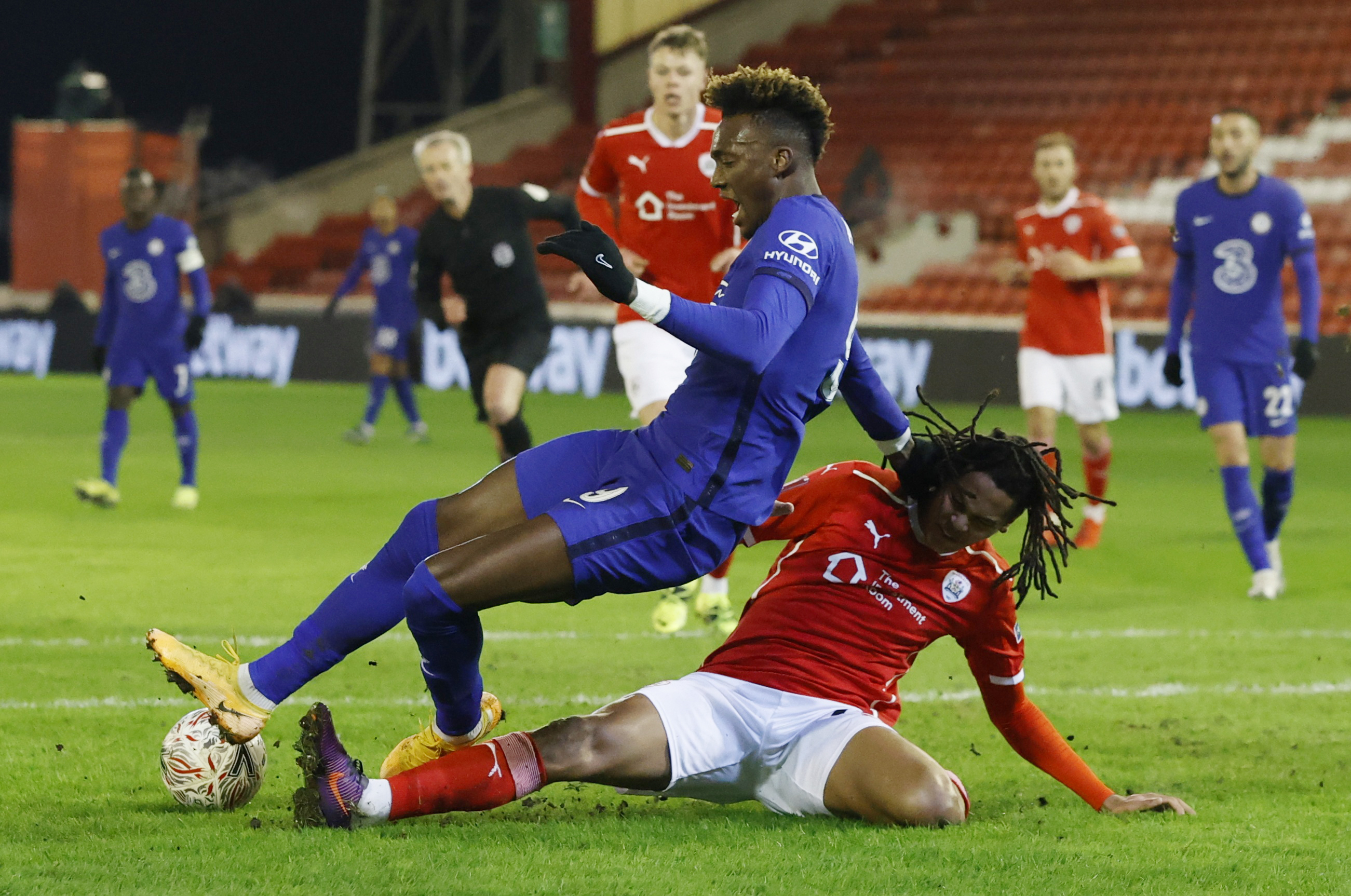 Neither side was able to break the deadlock in the first-halfCredit: Reuters 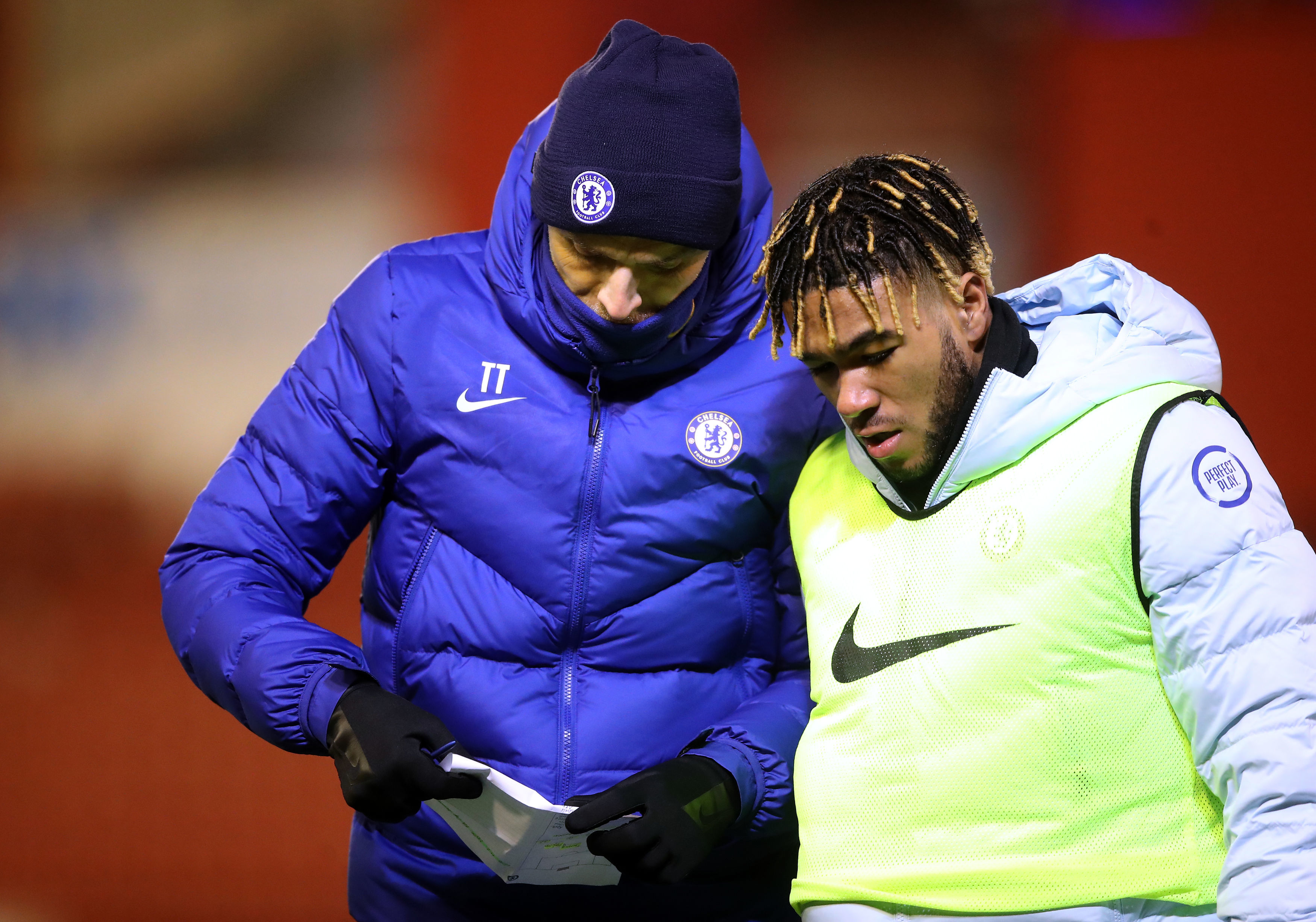 Referee Martin Atkinson signalled that he thought the home defender had won the ball but in fact, Sibbick had only made contact with the England forward.

It was a definite penalty.

Callum Hudson-Odoi was Chelsea’s brightest spark but his best effort was to curl a shot wide.

Chelsea then showed a rare moment of class when Mason Mount played a neat ball to James and his cross was perfect for Abraham who had a simple tap-in.

It was their first shot of the game, which basically summed up the performance.

But you still have to give credit to Barnsley who are a team on the rise, even though a play-off spot is a little bit too far away this season.

And then they thought sub Sollbauer had given them a leveller before Abraham headed over.

On a freezing night in Yorkshire, Tuchel will have been glad to have left Oakwell with his team still in the competition,

Equally, some of the players did themselves no favours whatsoever.