AARON RAMSEY will be driven on by the cherished  memory of  Gary Speed as Wales kick off their first World Cup match since 1958.

The emotional star midfielder, 31, fulfils a lifetime dream when he walks out for a poignant occasion against the USA on Monday at the Ahmad Bin Ali Stadium. 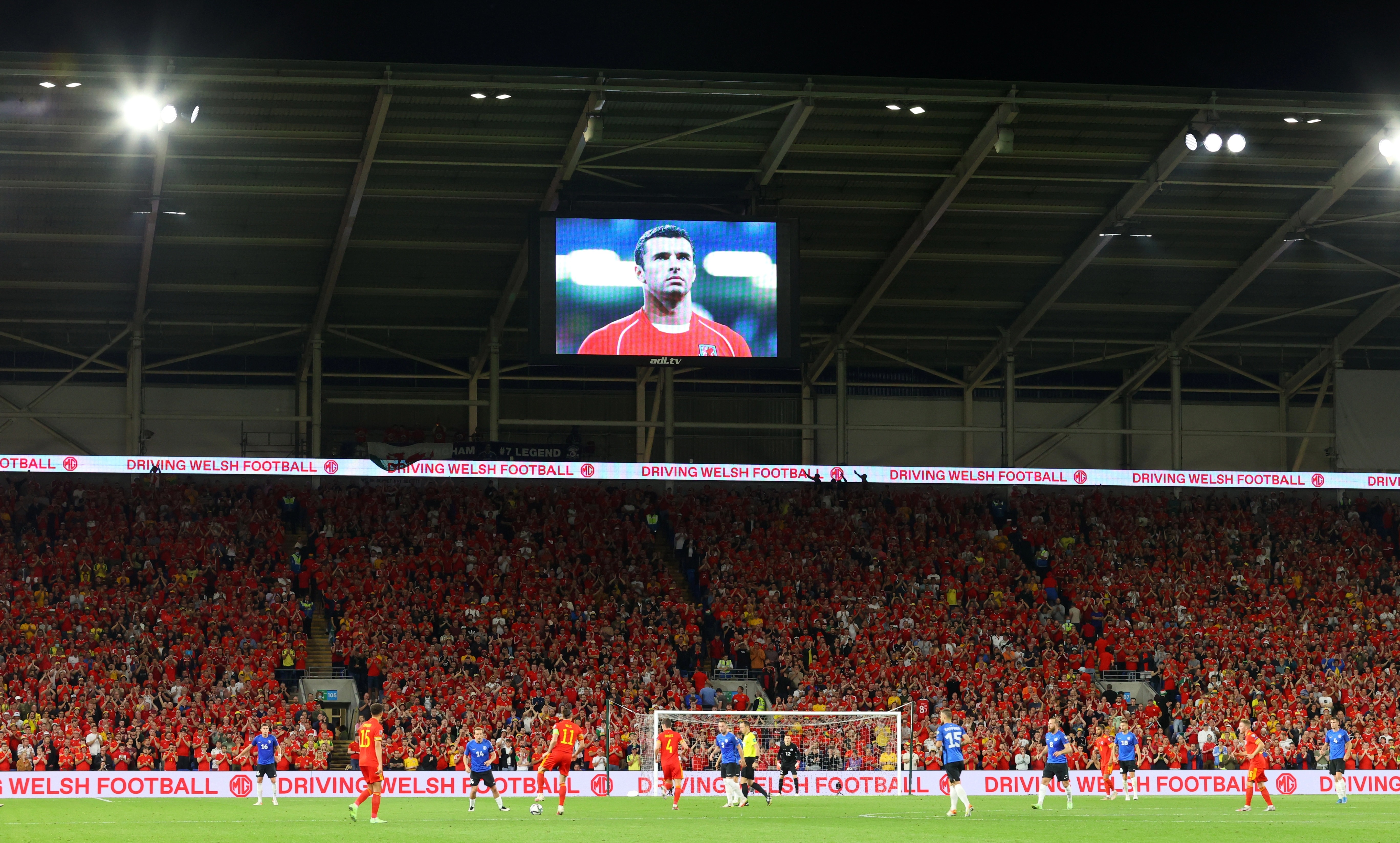 The whole nation remembered tragic Gary Speed, who was a hero as a player and then a manager, when Wales took on Estonia at Cardiff last yearCredit: Getty

Finally reaching a global finals has been a long 64-year wait for the whole of Wales against a backdrop of qualification setbacks.

But Ramsey, captain Gareth Bale and the old guard have rallied from personal adversity following the tragic death of former boss Speed, aged 42, in November 2011 to reach two Euros and now the Holy Grail.

Rambo was perhaps the hardest hit by Speed’s passing, because he was then Wales captain after being appointed by his hero.

Speed’s successor Chris Coleman replaced Ramsey with Ashley Williams as skipper in October 2012 because of the heavy toll it took on him. 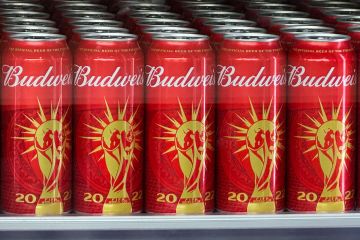 And, as the memories flood back on the eve of his first World Cup tournament, the 75-cap star admits that Speed’s spirit will never be far from his mind in Qatar.

Ramsey, who fought back tears with his voice close to breaking on the BBC  documentary Together Stronger, movingly said: “Gary is always in our thoughts with everything that we have done.

“I get emotional because a lot has  happened along the way to achieving this. I’m so glad I get to live my dream.

“But it was Gary’s dream and vision for us to qualify for Brazil in 2014.

“When he  came in, one of the targets he set was to qualify for a World Cup.

“If you look at where we are now, you can see it has Gary’s fingerprints all over it. He was the one who got things moving for us and definitely got us ready for these experiences that we’ve had.

“We didn’t manage to do so then —  to be finally able to do that now makes it even more emotional and special for us. This means everything.

“He will forever be in our thoughts and definitely again on Monday before our first game.”

Speed, who took over as Wales manager from John Toshack in December 2010, set the Dragons on their path to success.

However, in August 2011, they recorded their lowest-ever Fifa ranking of 117th.

But Ramsey, who told his childhood sweetheart wife Colleen at the age of 15 he would, ‘Take Wales to a World Cup one day’, says he was totally convinced by Speed’s masterplan.

Ramsey added: “Gary had this way about him that you would believe anything  he’d say. He was a leader and convinced us all.

“When he got the job I was really excited. He was brilliant for me, gave me a big responsibility at a young age and he could see a lot of himself in me because we played in a similar position. 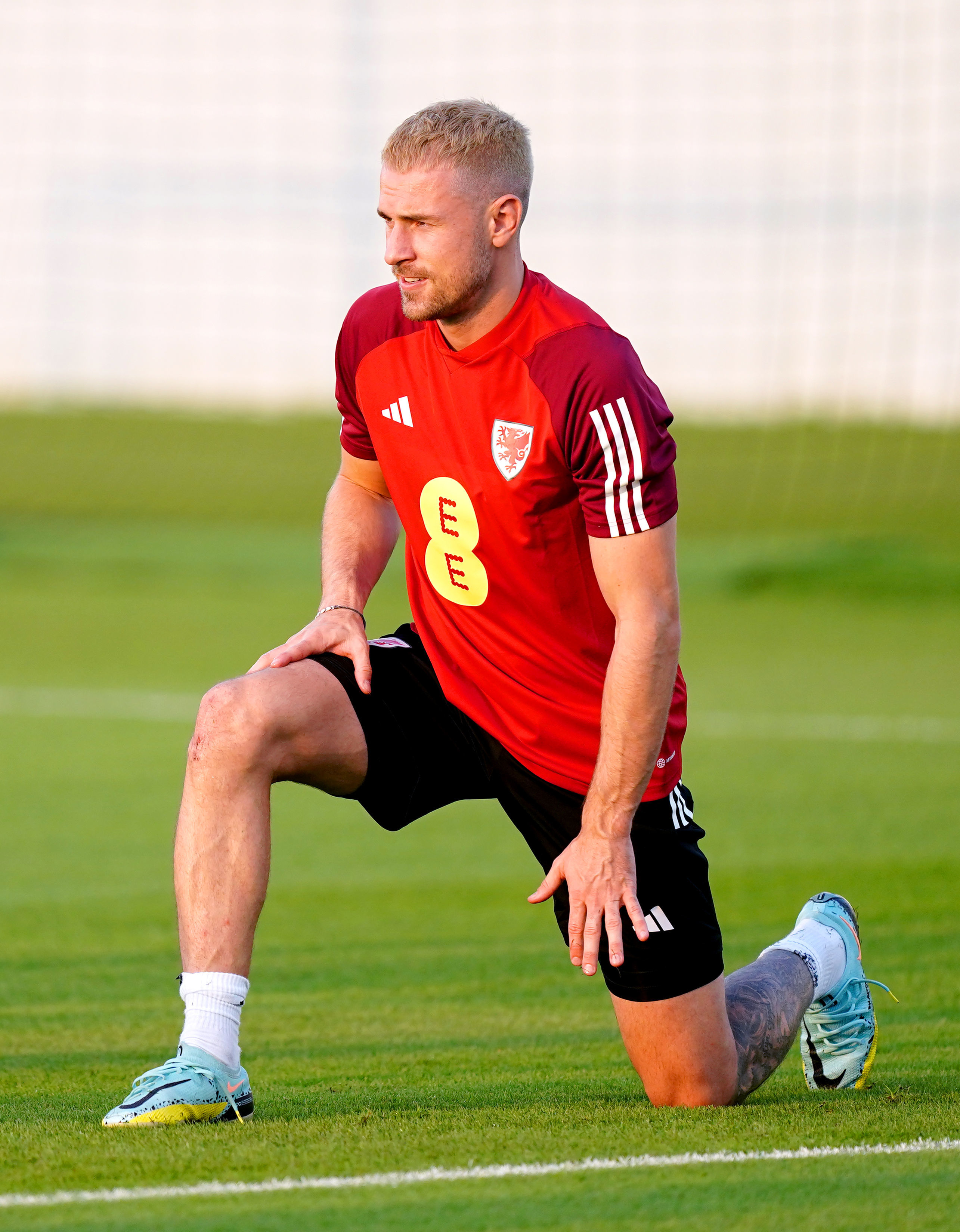 Ex-Arsenal star Aaron Ramsey is thrilled to finally be playing at a World CupCredit: PA

“He was demanding on the field but such a nice guy. He helped  the players to try to achieve a big dream of ours.

“From where we were to where we got to in that short space of time was remarkable. Anything was possible.”

Ramsey recalled: “I was in my living room and it popped up on the TV. I had a couple of texts come through and I called Chris Gunter straight away to see if he had heard anything.

“I didn’t quite believe it at the time, I don’t think anybody did.
“It was a difficult time because I was just thinking of him and his family, his young boys at the time.

“We had seen him a few weeks before, he seemed really happy.

“In one of his last training sessions he nutmegged one of the players. He still showed he had class and could still play.

“To get that news was shocking. It affected everybody, not just me but the Welsh public and the world of football.”

Coleman rebuilt Wales, taking them to the Euro 2016 semi-finals in France — with Ramsey a standout performer.

To get that news was shocking. It affected everybody, not just me but the Welsh public and the world of football.

The ex-Arsenal ace, now at Nice in Ligue 1, also played at the Euros last summer  and helped Robert Page’s side book their spot for Qatar with a play-off  victory over Ukraine in June.

Ramsey added: “It was huge. It was a massive dream and it became a reality. I remember after the game I just collapsed to the floor.

“It’s almost like it has come full circle. We had qualified for a Euros but this was the one that meant the most really.

“We all had dreams. You did think, ‘Are we actually going to get there?’ but we kept  belief.”

After USA, Wales face Iran and then a final Group B clash with  England — who beat  Ramsey and Co with a late Euro 2016 victory — on November 29.

Ramsey recalled: “We scored the goal early and it was a game where we wanted to protect that lead and hold on.

“We came very close to doing that but these things can happen.

“The reality is we’re a small nation up against  giants of world football. This team is  humble but we try  to compete with the best. We’ve  shown we are capable of doing that over the last few years.” 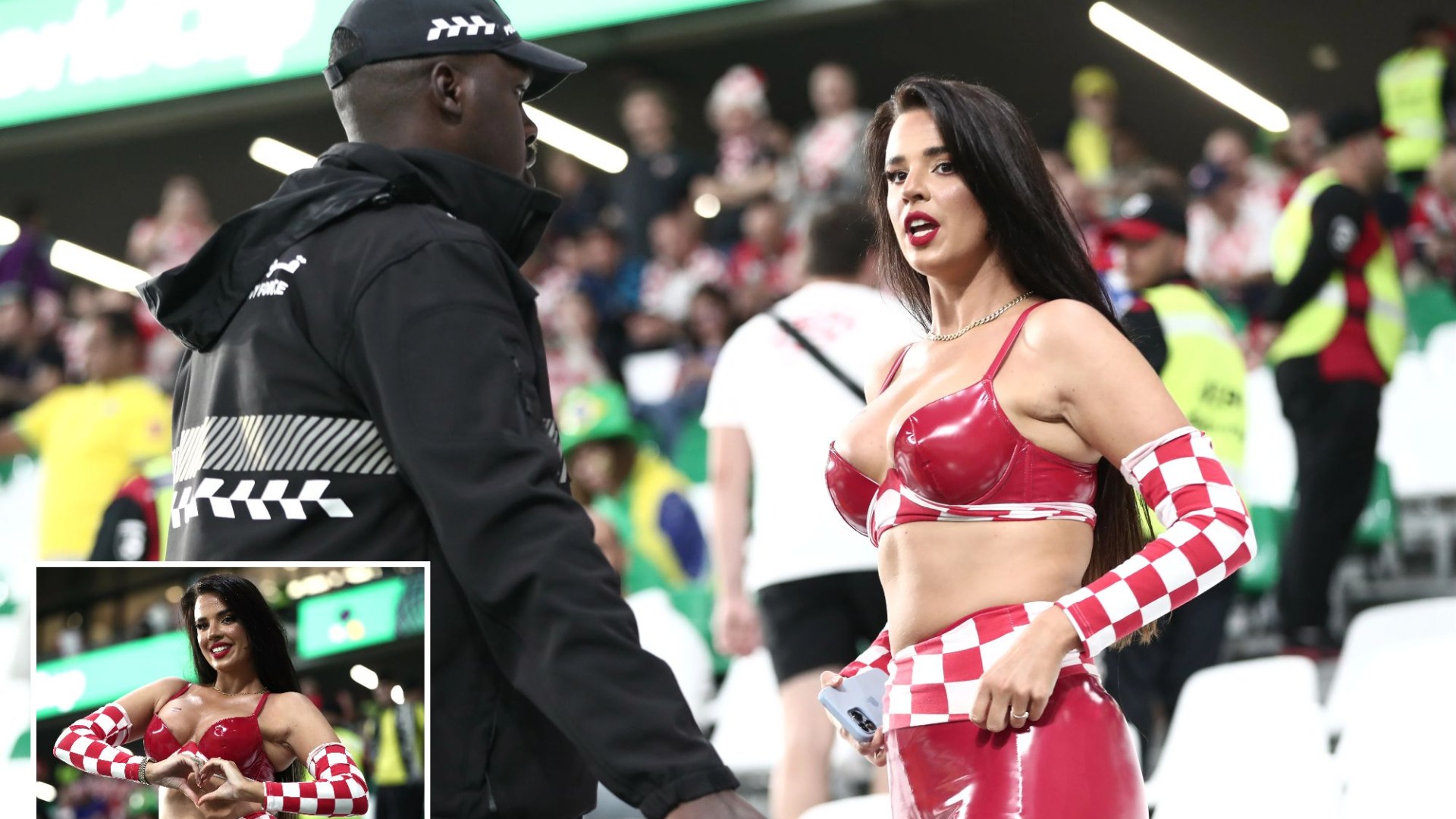 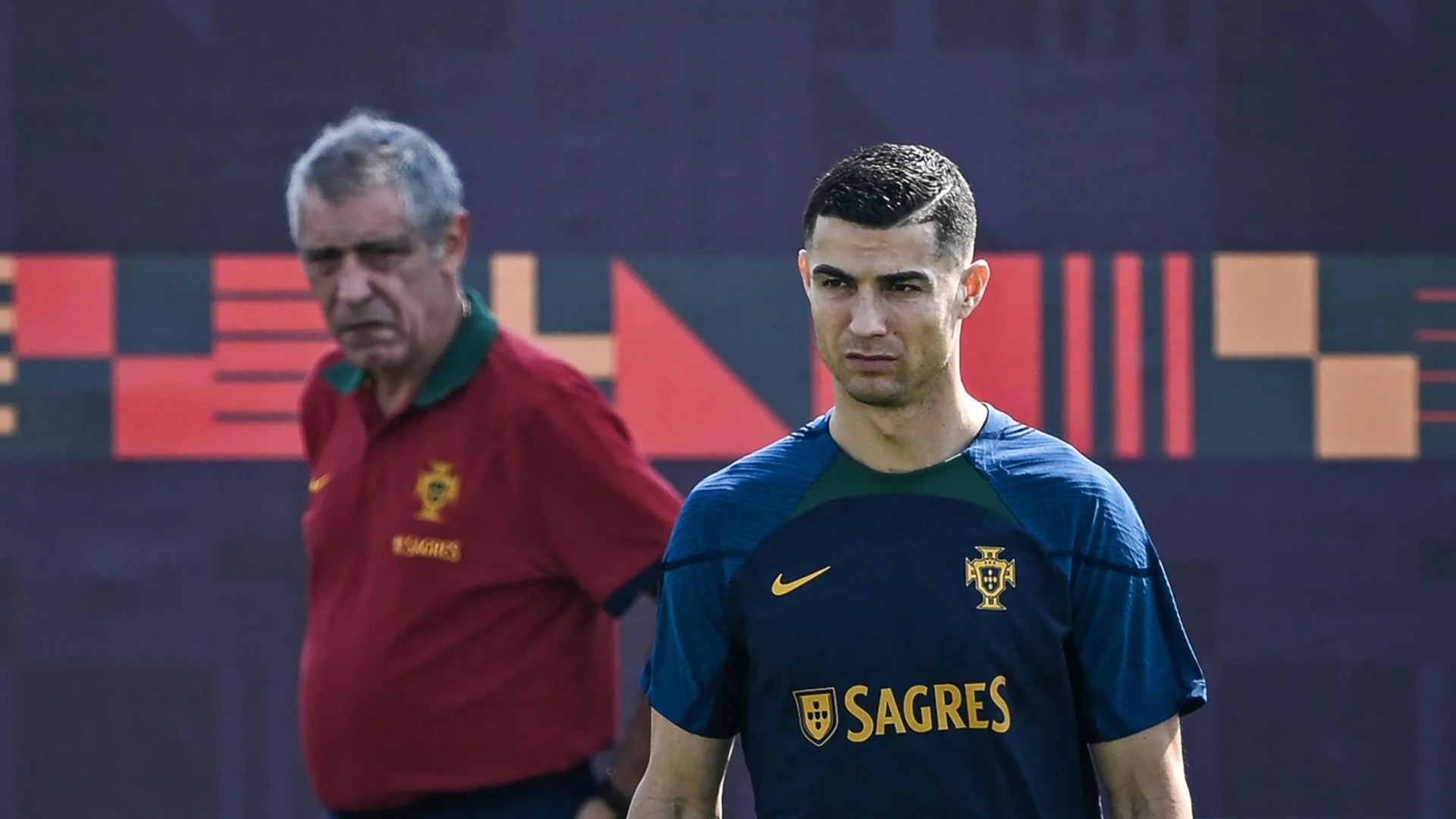 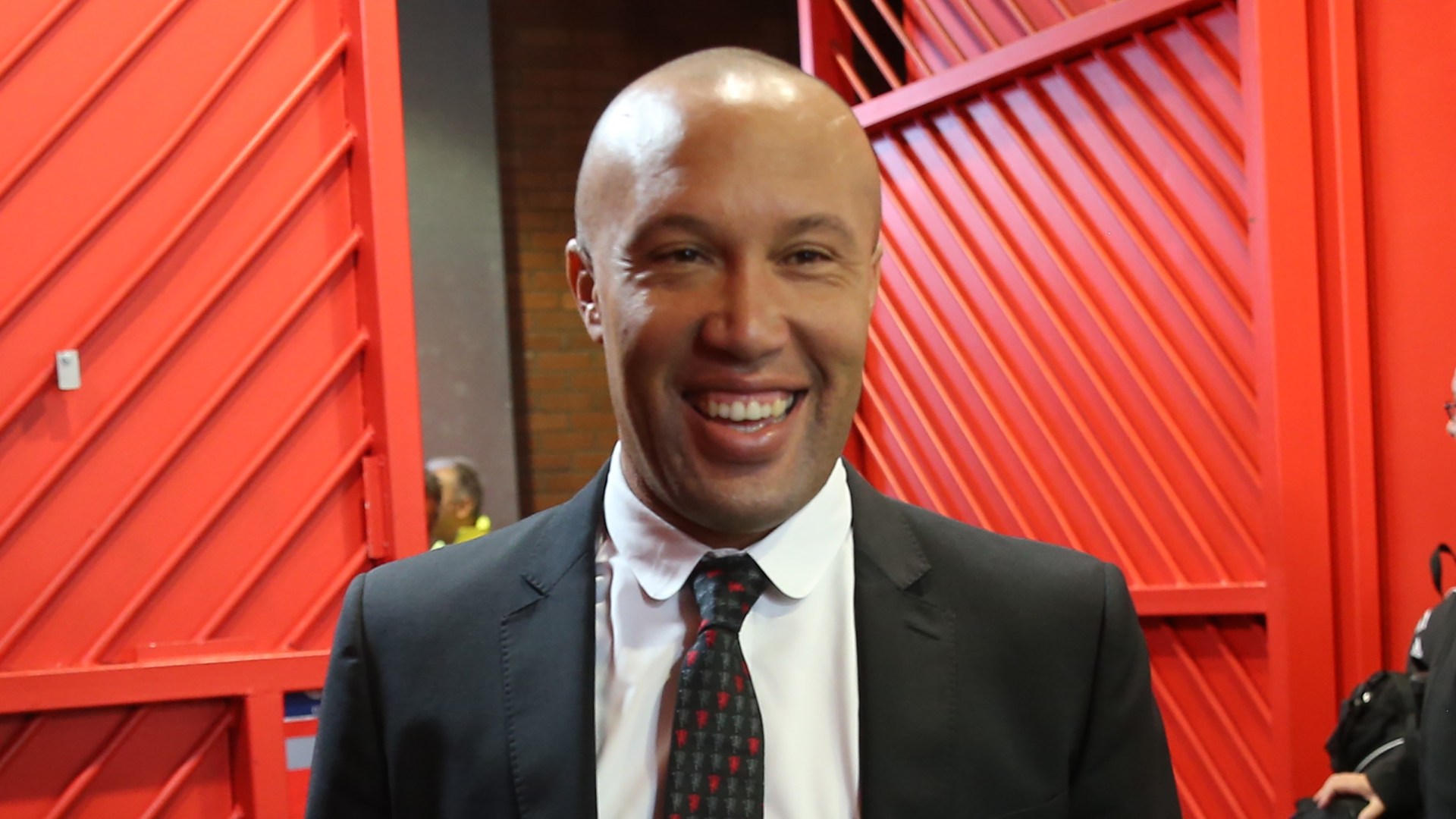 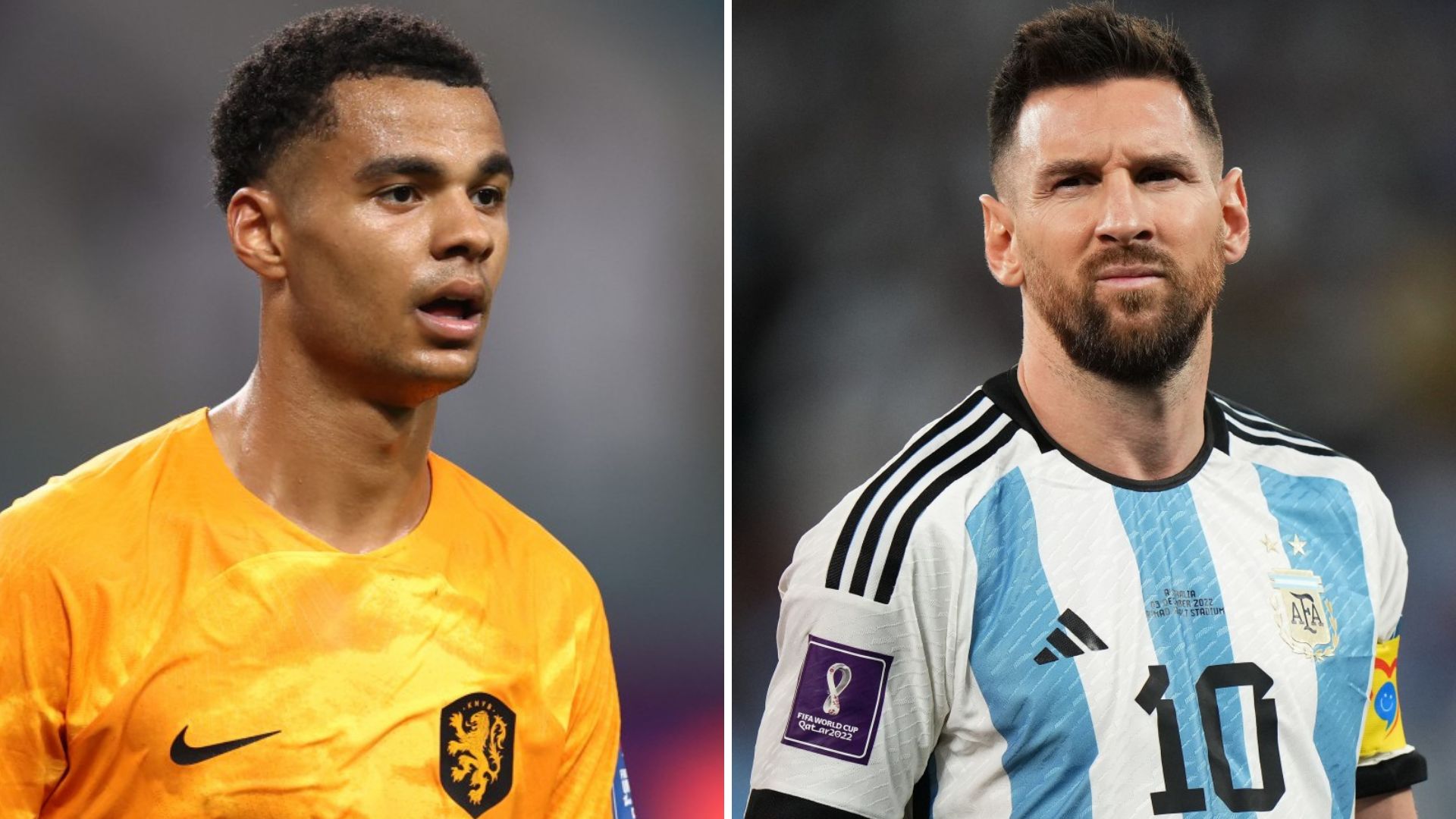 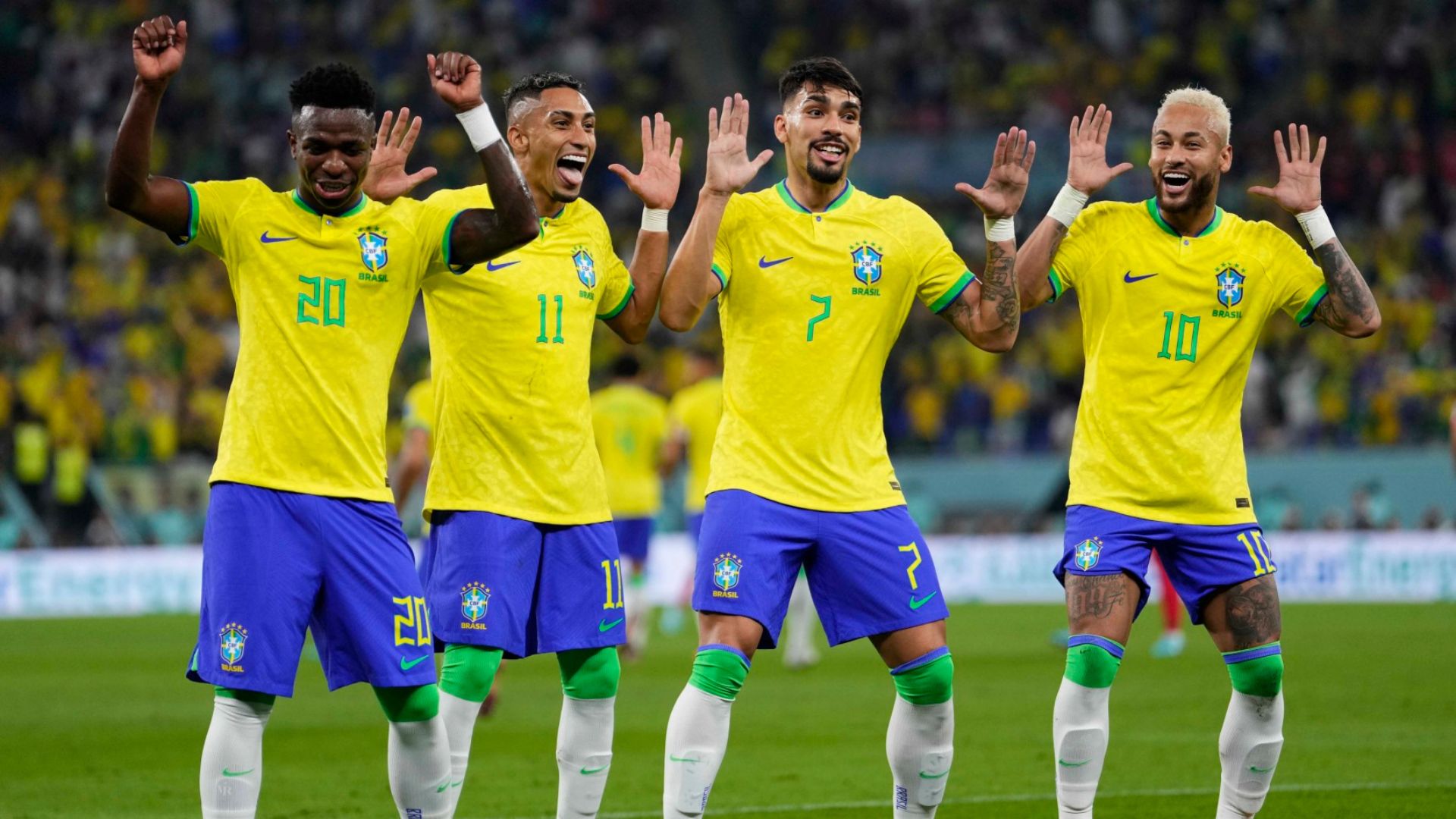 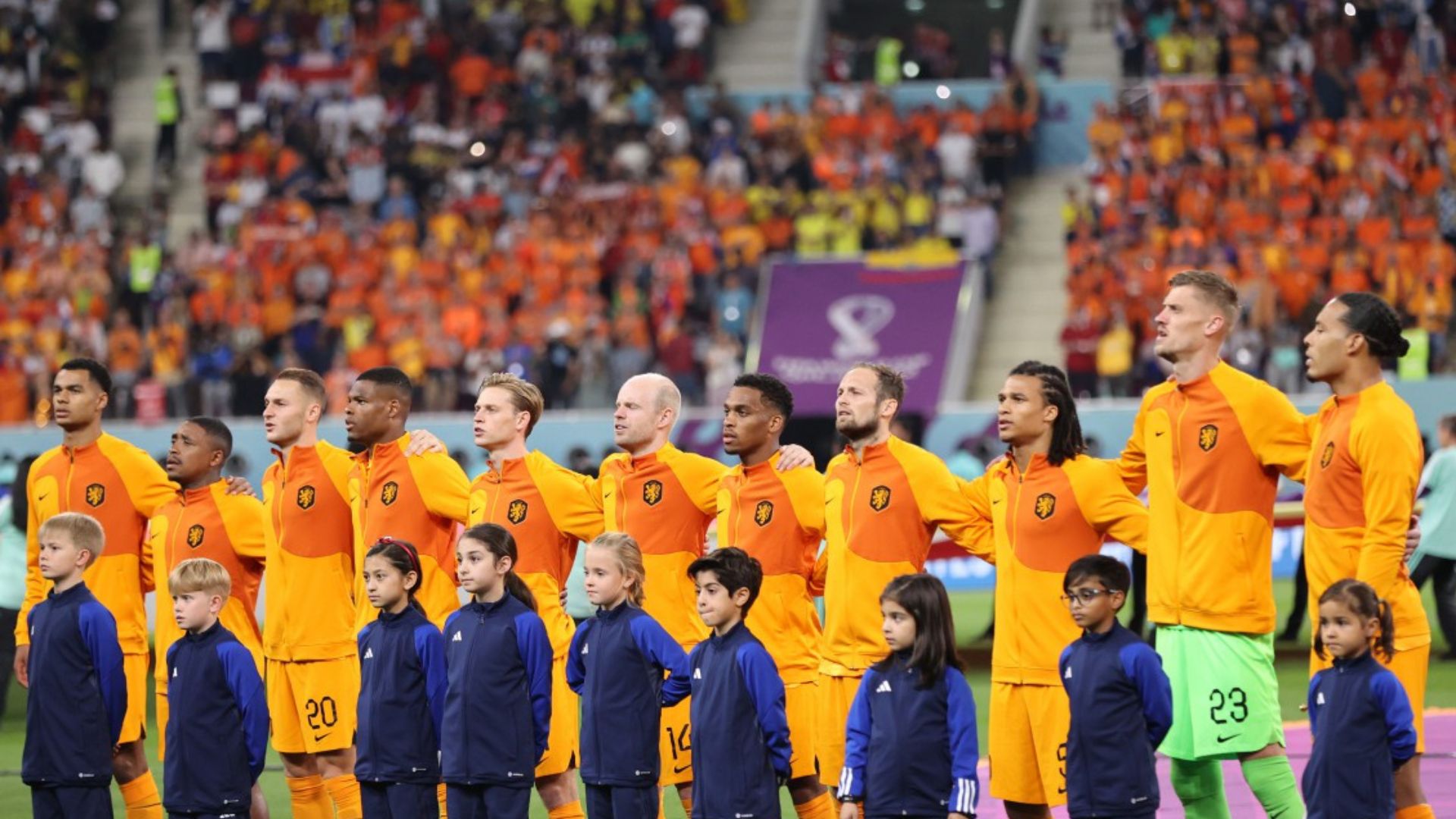 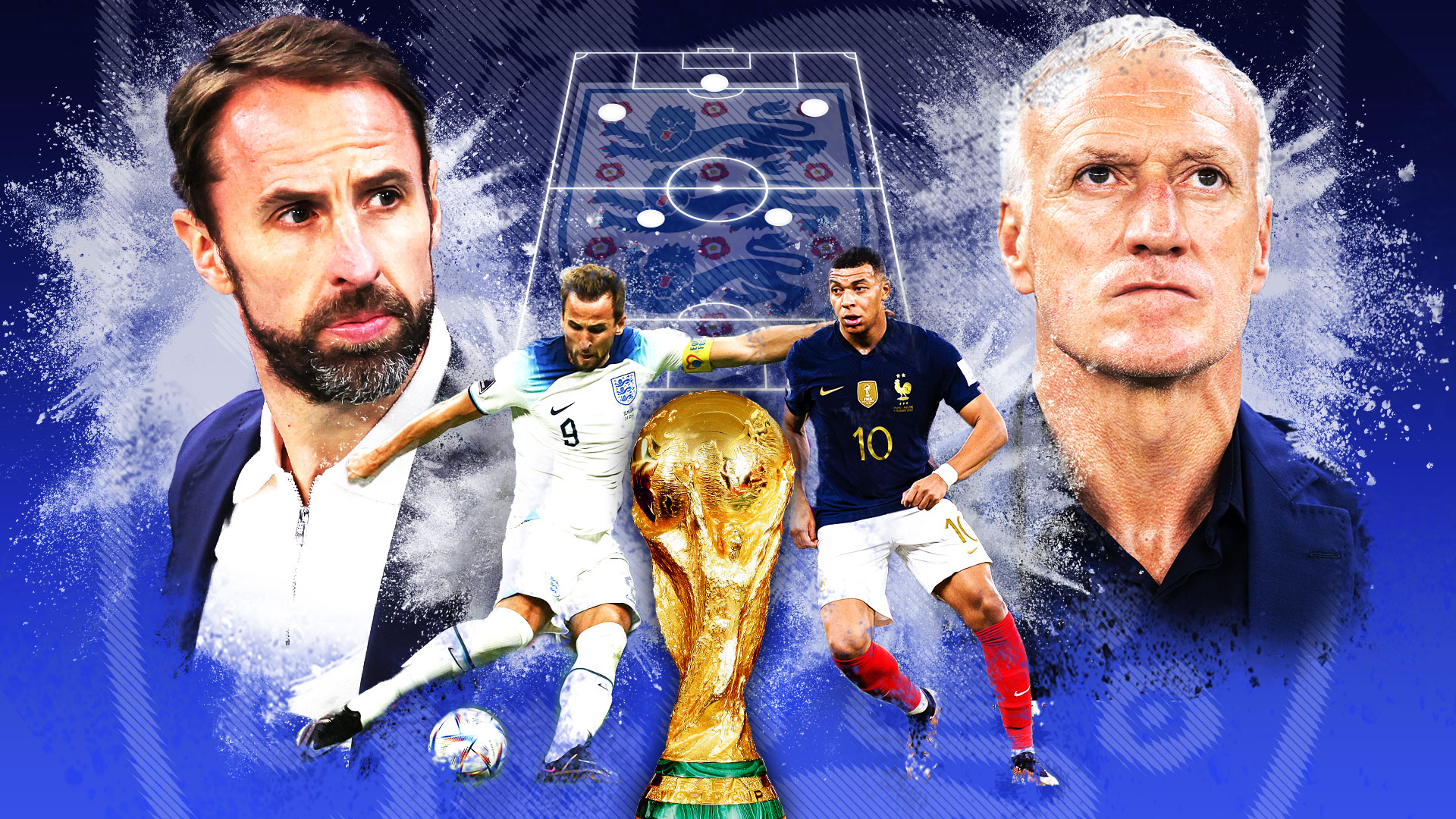 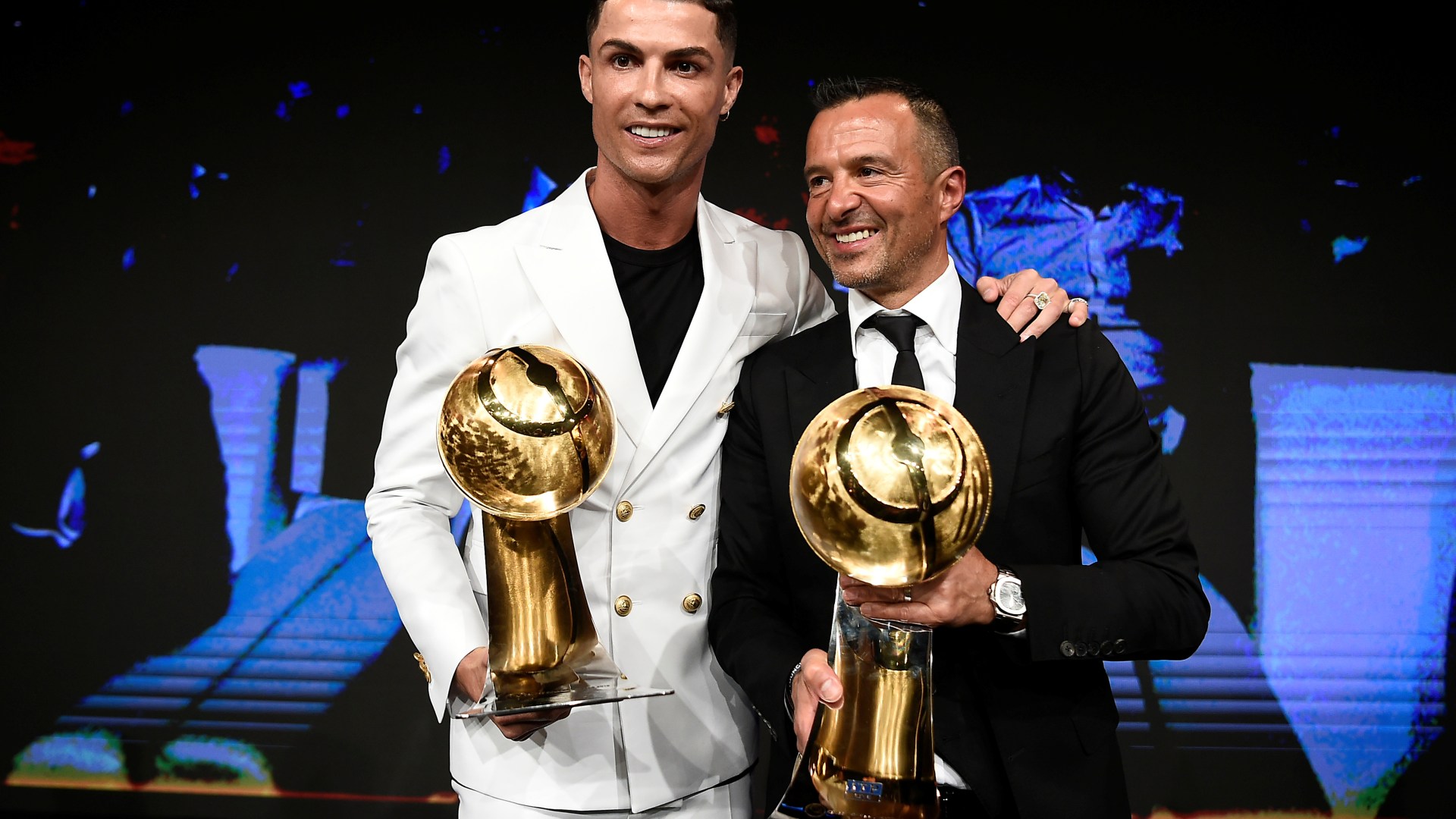