PIERRE GASLY’S car dramatically CAUGHT FIRE with the Frenchman still in it during practice for the Singapore Grand Prix.

Flames shot out of the air vent after Gasly had driven his Alpha Tauri into the pits. 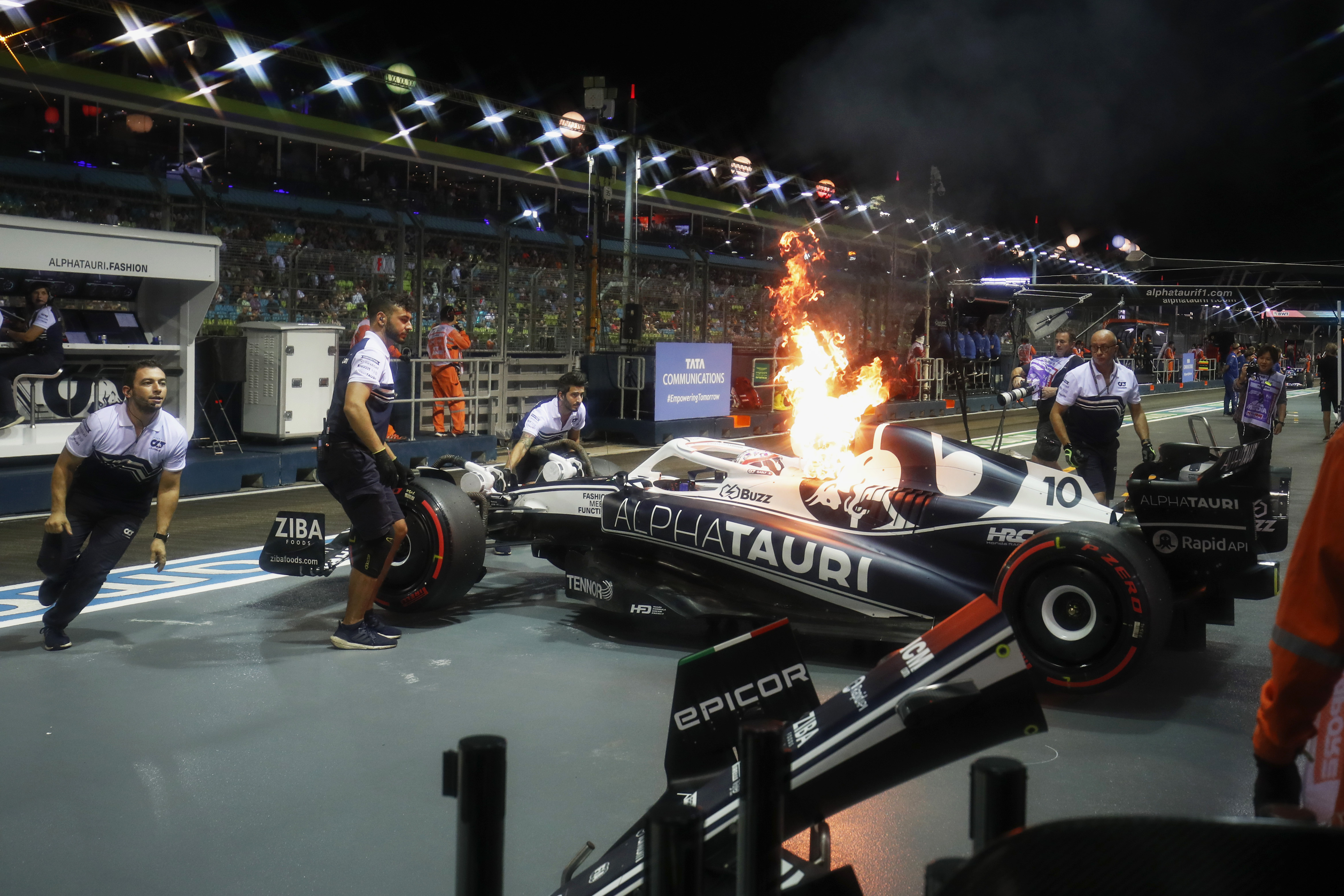 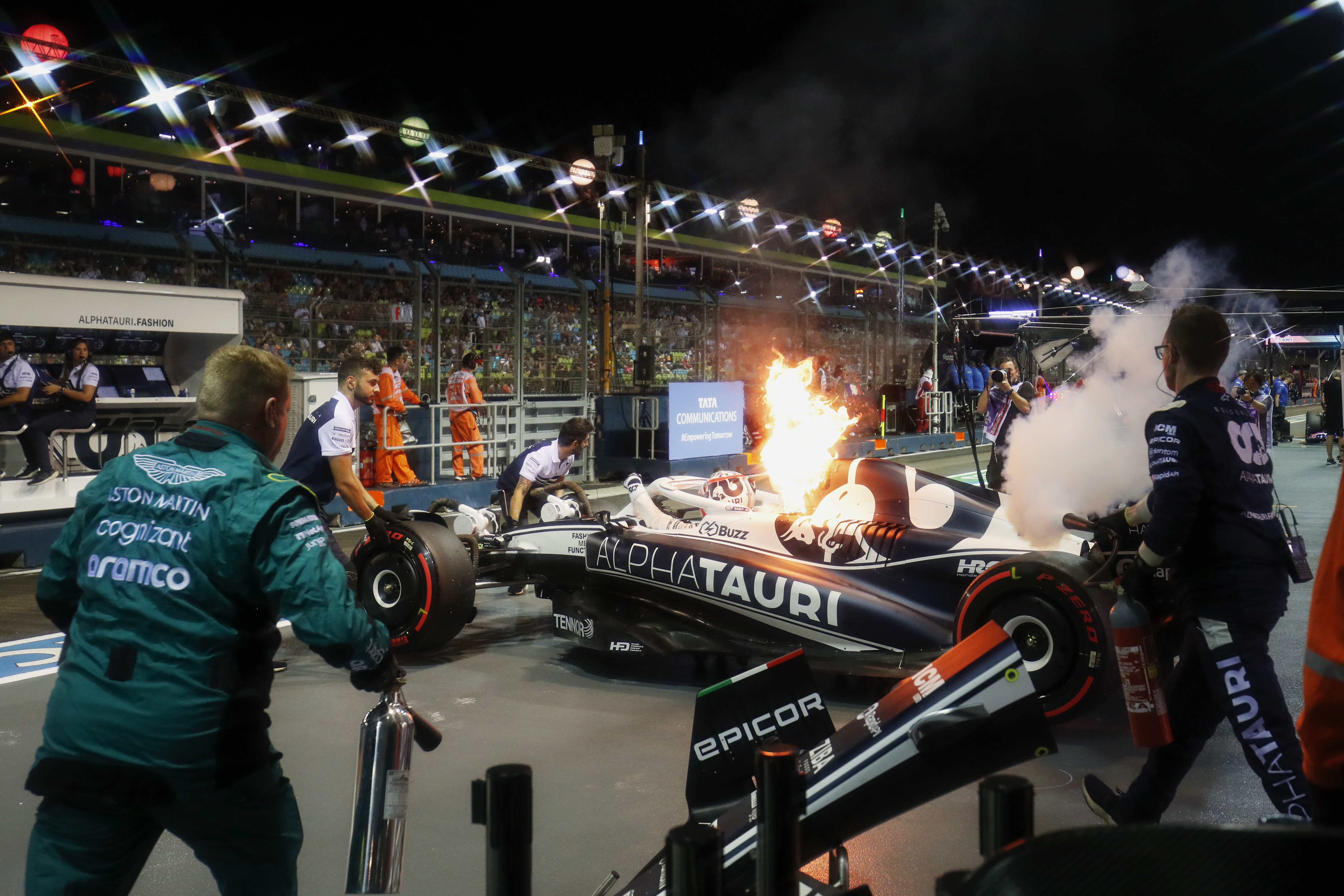 Flames poured out of the Alpha TauriCredit: Splash 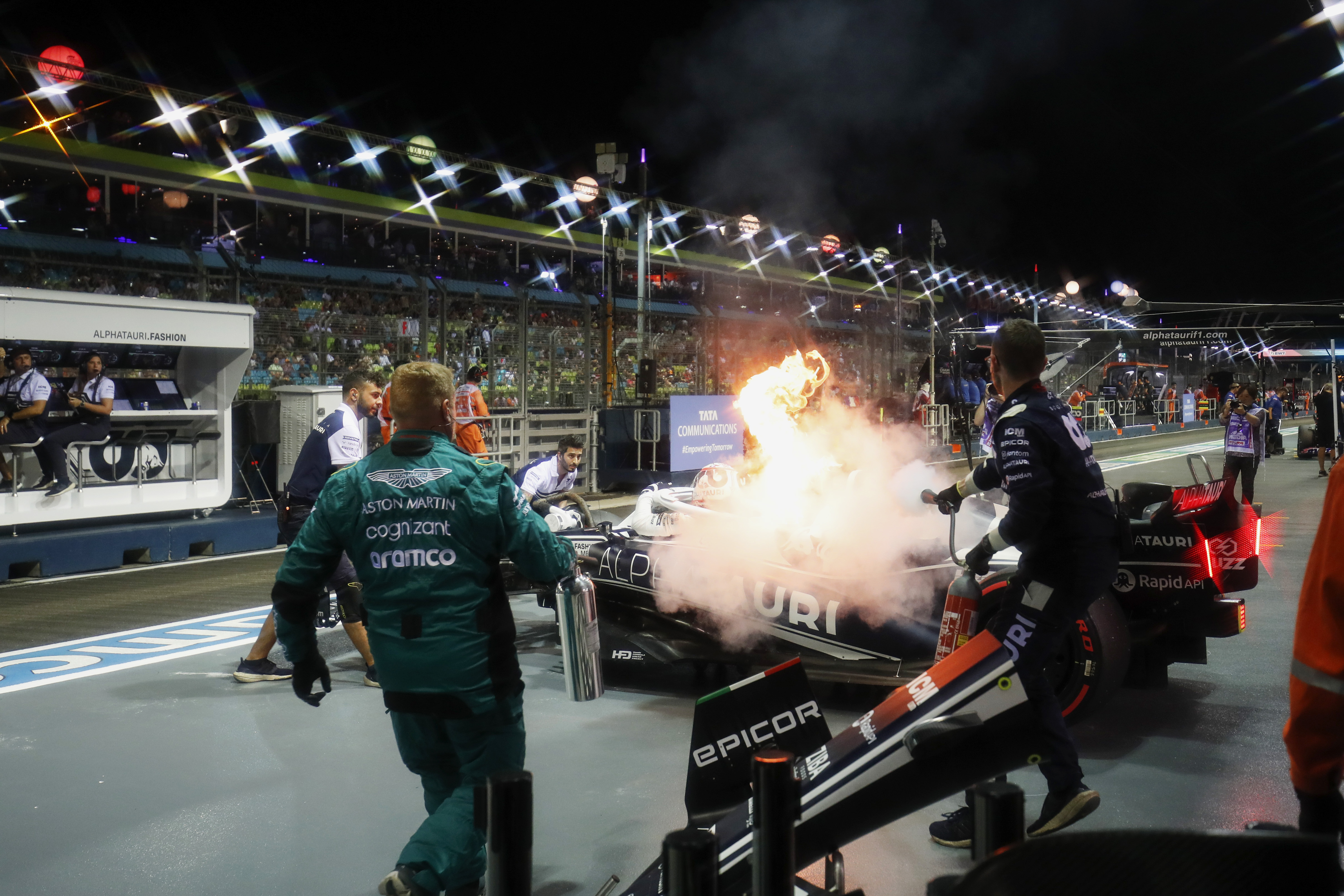 Thankfully the mechanics were quick to extinguish the fireCredit: Splash

The 26-year-old quickly jumped up and out of the cockpit and thankfully emerged from the flames unscathed.

The quick thinking AlphaTauri crew, with the help of an Aston Martin mechanic, acted fast to put out the flames with a fire extinguisher.

Gasly’s car caught fire as it was being rolled into the garage at the end of his run in the middle of FP2 for the Singapore GP.

He then bravely came back out to complete practice, despite earlier having to leap out of his burning vehicle. 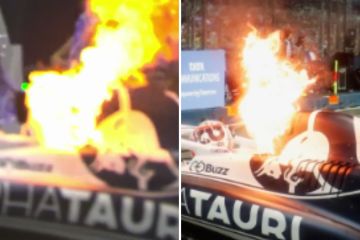 Speaking on Sky Sports F1, Ted Kravitz said: “Everything’s been sorted out. There’s been a bit of tape that’s been out over the fire damaged engine cover.

“The team are telling me the fire started when the fuel breather was connected to the car but it was put out quickly and then he’s going back out on the circuit.”

He added: “Normally when it’s pushed back into the garage they put a breather on it so the air in the fuel tank can breathe.

“And then they keep it on when they put fuel in or take fuel out to allow the air to come out of the fuel tank.

“So what I don’t understand is, because I wasn’t here, was why that was done when the car was still in the pit box. I just need to get my head around that.”

On the track Carlos Sainz clocked the fastest second practice time, with Ferrari team-mate Charles Leclerc second and Lewis Hamilton down in fifth.

The action at Marina Bay resumes with FP3 and qualifying tomorrow, ahead of Sunday’s race.

The Sun is your go to destination for the best football, boxing and MMA news, real-life stories, jaw-dropping pictures and must-see video.