In a clip from the latest series of Netflix’s F1 documentary Drive to Survive, Bottas is talking when Hamilton, 36, can be heard belting out a tune from the room next door. 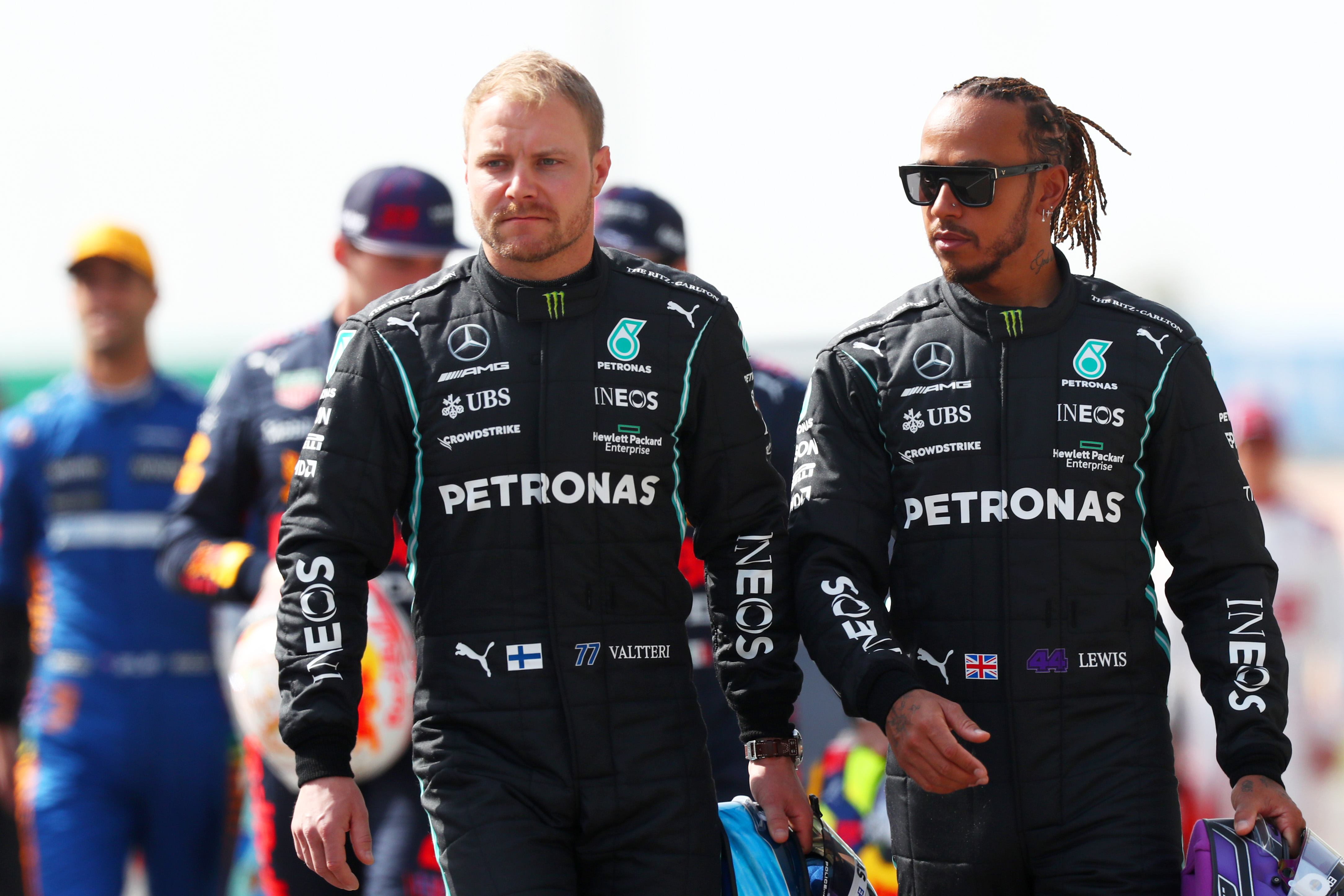 Valtteri Bottas and Lewis Hamilton are team-mates at MercedesCredit: Getty

And with Bottas presumably used to the Brit singing when he’s winning, The Finnish driver was quick to suggest his colleague’s F1 talent outweighs his musical passion.

A smiling Bottas said: “I think he’s a better driver than a singer.”

The 31-year-old has largely had to play second fiddle to the seven-time world champ.

Hamilton – who previously dated pop star Nicole Scherzinger – has comfortably outperformed his Merc pal in each of their four seasons together.

“Finland is a pretty good contrast to F1 world, there’s no pressure.

“Lewis is a big worldwide star compared to me.

“Pretty much everyone knows the name Lewis Hamilton, but not so many people know the name Valtteri Bottas.

“But my strength against him is that I want the title more than him.”

The Netflix cameras were following Bottas in Russia and he came up trumps with a race victory after Hamilton’s penalty for an illegal practice start.

But it was another incident in the same country that almost caused him to QUIT the sport altogether.

Bottas was leading the Sochi Grand Prix in 2018 when Mercedes gave a controversial team order to allow Hamilton to pass him.

The Brit was engaged in a fierce battle for the F1 title with then-Ferrari driver Sebastian Vettel.

Bottas complied with the command from the top but revealed he was so angry he was thinking of quitting.

On the Netflix show, he said: “Sochi 2018, that was a pretty tough race. It was tough to accept. I was pretty angry.

“Honestly I was thinking ‘Why do I do this?’. I was thinking of quitting [F1], of giving up. Straight after the race, I said I would not do it again.”