MAX VERSTAPPEN is beginning to realise the size of the task in front of him if he is to beat Lewis Hamilton to the F1 title.

Red Bull have built him a car capable of challenging for victories; it is now down to him to get them by cutting out the mistakes. 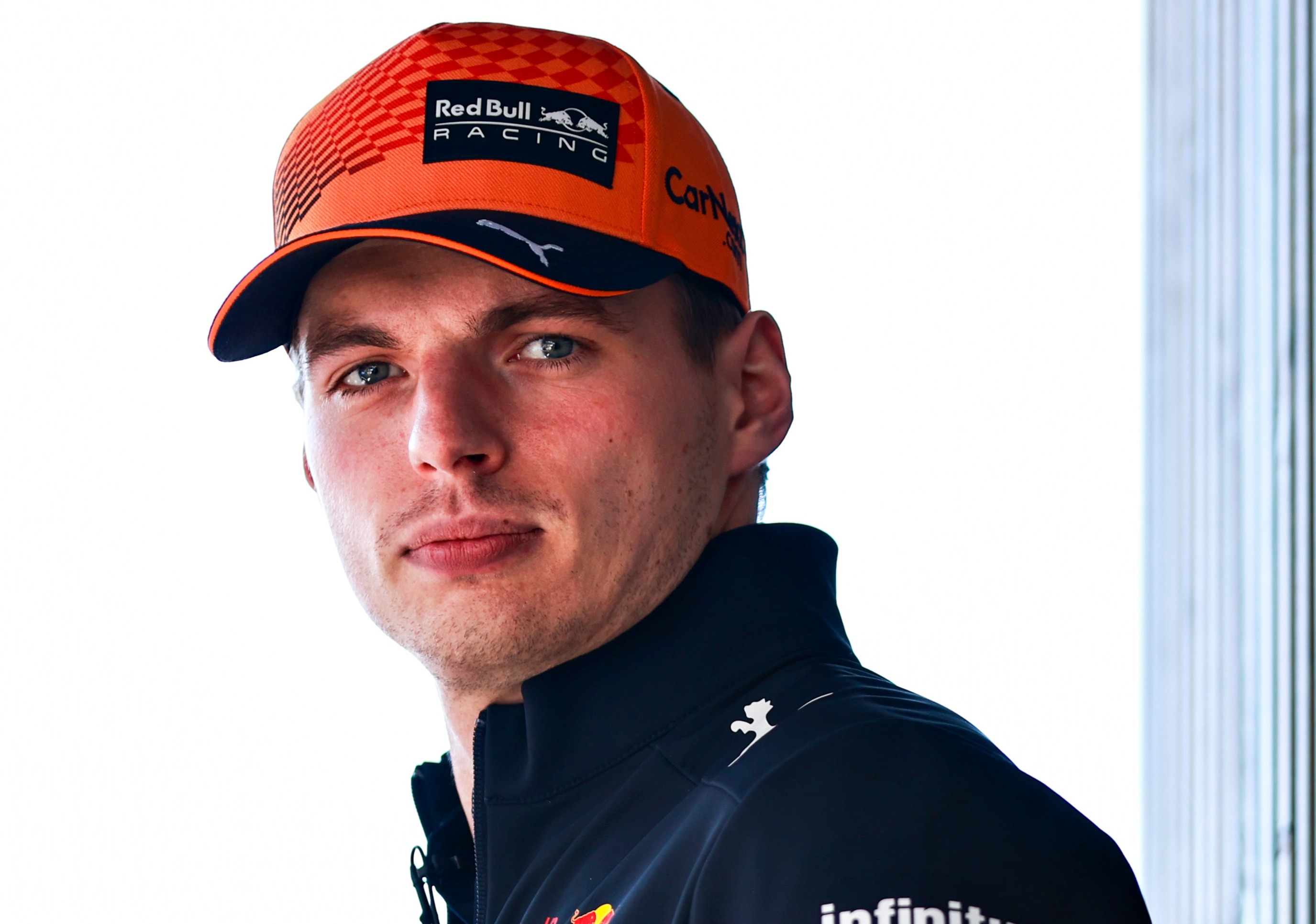 Max Verstappen will be starting to appreciate the size of the task in dethroning Lewis HamiltonCredit: Getty 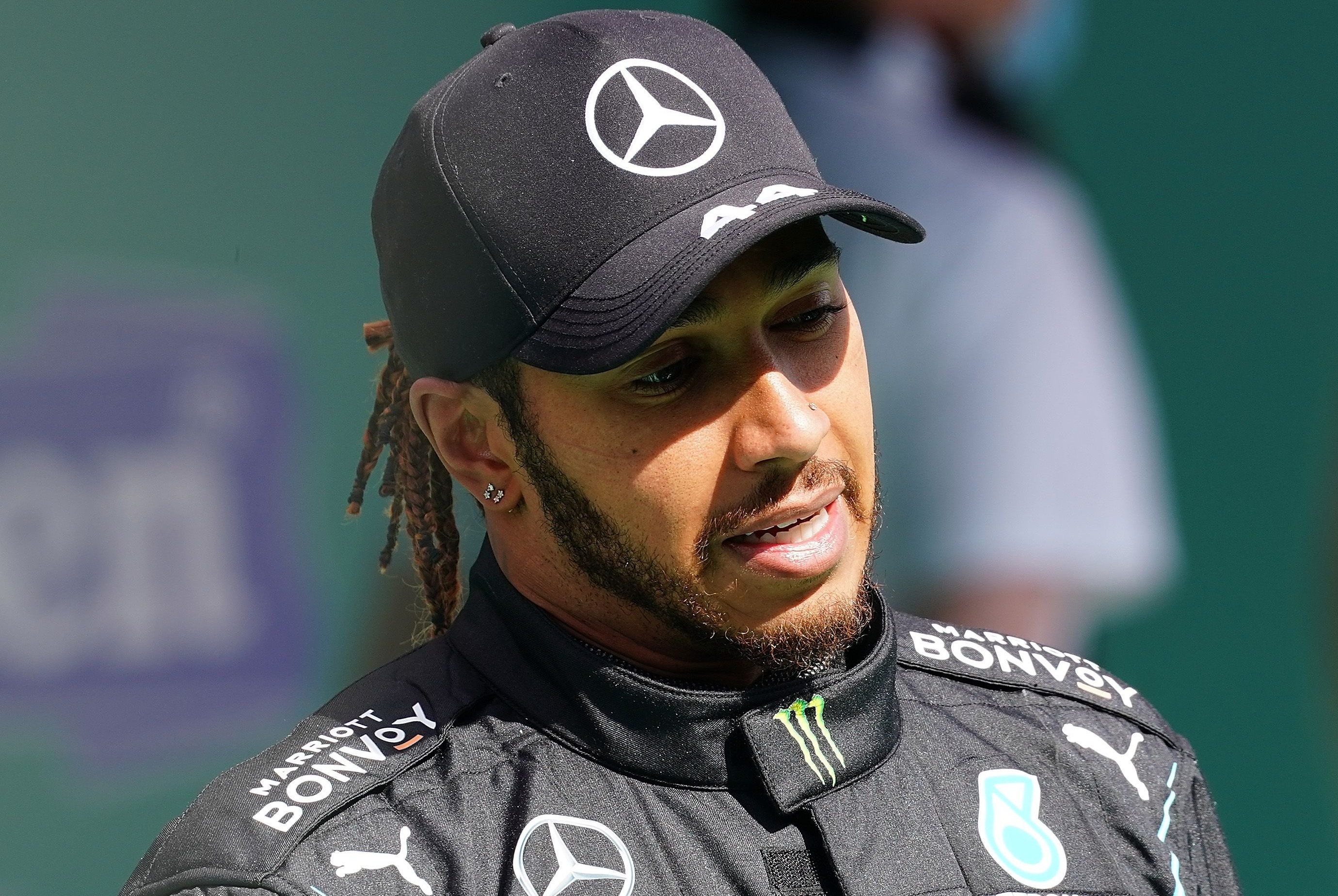 The Dutchman left Portimao cursing his luck after three – albeit minor – mistakes over the weekend allowed ruthless Formula One champion Hamilton to take full advantage.

The Brit’s victory in Portugal was far from routine as he battled back from third place and seized upon errors from Verstappen and his own team-mate, Valtteri Bottas.

In fact, all three drivers made mistakes, it was just that Hamilton had the skills to recover after initially cursing his luck when Verstappen had first caught him off-guard.

It happened after the Safety Car was called in following Kimi Raikkonen’s accident, as Hamilton took his eye off the ball.

Hamilton said: “I was focusing on Valtteri and literally just for a split-second I looked in my mirror just to see where Max was.

“In that split second, that’s when Valtteri went, so I lost out to Valtteri and so that wasn’t great.

“Then, I was in Valtteri’s tow, and Max about to pull out. I was like ‘you idiot’ to myself.

“Then after that, obviously being behind the two I just had to gather my thoughts and make a couple of tweaks in terms of how I was driving and then start on the attack again.” 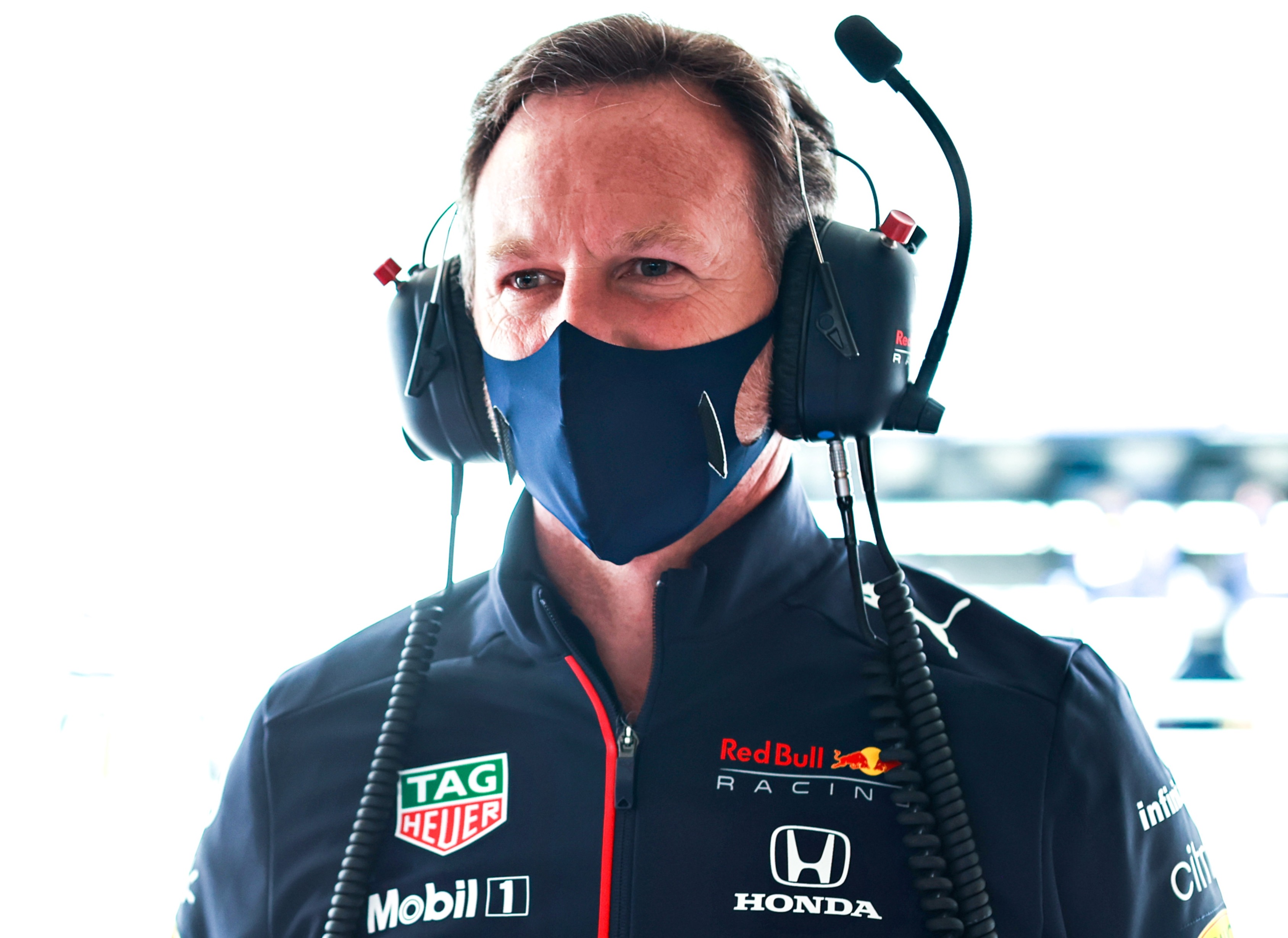 Christian Horner is confident Verstappen can challenge Hamilton for the entire seasonCredit: Getty

Hamilton took his opportunity on lap 11 when the Red Bull man had a wobble at Turn 14 before sizing up a move on Bottas.

Just nine laps later he completed it, sweeping past the Finn who had turned into Turn One too tight – a big mistake that allowed Hamilton to take the racing line and swoop past.

And the 36-year-old never looked back as he powered his way to the 97th victory of his career.

Hamilton added: “Max had a small mistake which then put me in a nice position.

“And then with Valtteri, I managed to just get him at Turn One. Just right on the limit.”

For Verstappen, he now trails Hamilton by eight points in the championship after the opening three races.

But while Hamilton has pounded out the results like a machine, Verstappen has made costly errors.

In the opening race in Bahrain, he overtook Hamilton on the penultimate lap only to be told by the race stewards to surrender the position for exceeding track limits.

The same infringement cost him pole in Portimao as his lap time was deleted meaning he started in third place.

And there was the added embarrassment of being told on TV he would not earn the bonus point for setting the fastest lap in the race as that too was scrubbed off for going wide of the track.

He put a brave face on it and is now ready to take the fight to Hamilton again in Barcelona this weekend – but he has to cut out the errors.

He said: “It was a good fight with Lewis and from there it was super close with the three of us. I tried to attack Valtteri but I could just not get close enough.

“By pushing I had a little wobble and Lewis was already close and got me into Turn One. I tried to put the pressure on but it was good. It felt more like racing.

“This is what everyone wants to see and what I want [to be challenging for titles] because the last few years, we have not been close.

“So it is a good start to the season, that is for sure, and it keeps everyone excited.”

Red Bull boss Christian Horner hailed Verstappen’s second-place while also pointing out that Hamilton is fallible, illustrated by his crash in Imola.

Verstappen is now enjoying his best-ever start to an F1 season and Horner believes the championship will go down to the wire.

He said: “We’ve managed to split the Mercedes. You can see it’s very, very marginal.

“It was frustrating not to get that point at the end [for fastest lap] but we’ll definitely take that result.

“Track limits are a bone of contention and the consistency of their application. This championship will come down to all the marginals.”

Meanwhile, Bottas was again unable to convert his pole and has the unwelcome statistic of taking just one win in his last 19 races.

In fact, the Finn, who is under pressure to keep his seat at Mercedes, has the same amount of F1 victories as Nico Rosberg since 2016; the same season the German retired from the sport.

Bottas is down in fourth place in the drivers’ championship behind McLaren’s Lando Norris, who was fifth in the race behind Sergio Perez.

Norris said: “My confidence is at an all-time high. It is going well and we are executing everything as best as we can.”

Meanwhile, Hamilton and Verstappen have promised to keep their title fight clean – for the time being.

Hamilton said: “None of us here are under any illusion of just how hard it is out there for us, how close the battle is and how we are giving absolutely everything in our day-to-day lives in order to be best prepared and deliver at the weekends.

“The pressure is immense between us all and I think there’s a huge amount of respect between us.

“Of course, it’s always great when you have a race where you’re able to follow and overtake and capitalise on the small margins.

“Max has been pulling absolutely everything out of the Red Bull and given us a great run for our money, so I think it’s going to be like this for the rest of the season, which I think can be incredibly exciting.

“It is very, very hard but fair and I think that’s what makes great racing and I think we will continue to keep it clean and keep it on the edge, but I don’t think either of us has a plan to get any closer than we have been.”

Verstappen added: “It’s been really cool, especially when you race a driver, when you know that you can go to the absolute limit.

“I guess you can trust each other to just race super-hard. You can see in the three races we’ve had, Lewis has never had something like ‘oh, we’re going to crash’.

“I always have full trust in Lewis that we all give each other enough space.”