MERCEDES have released images of the car they hope will power Lewis Hamilton to a record eighth world title.

Hamilton, who is currently tied on seven with Michael Schumacher, will be going all out in 2021 to move into a class of his own. 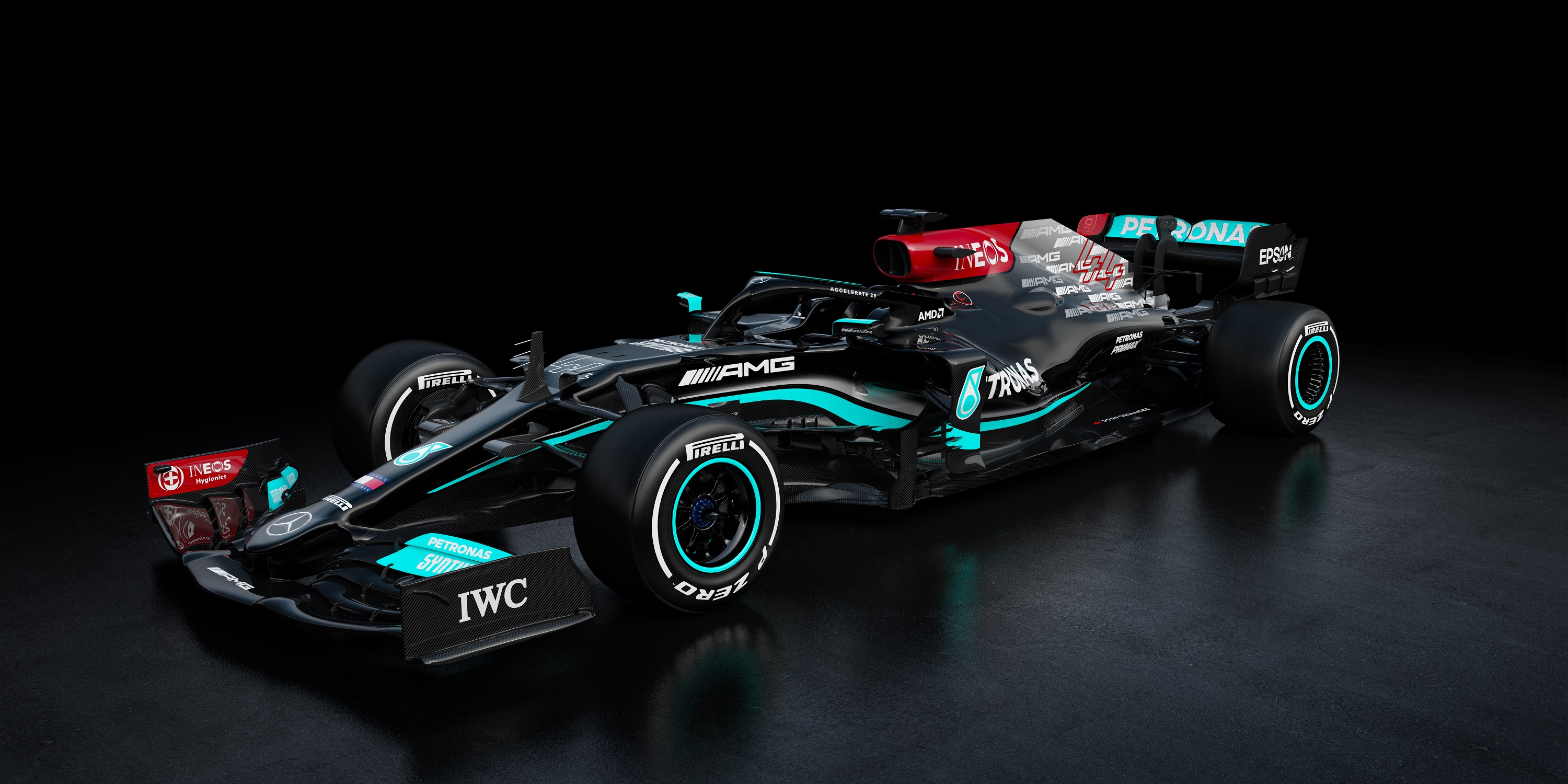 Mercedes have released their car for the 2021 season as they look to win the Constructors’ Championship for the eighth year in a rowCredit: © Daimler AG 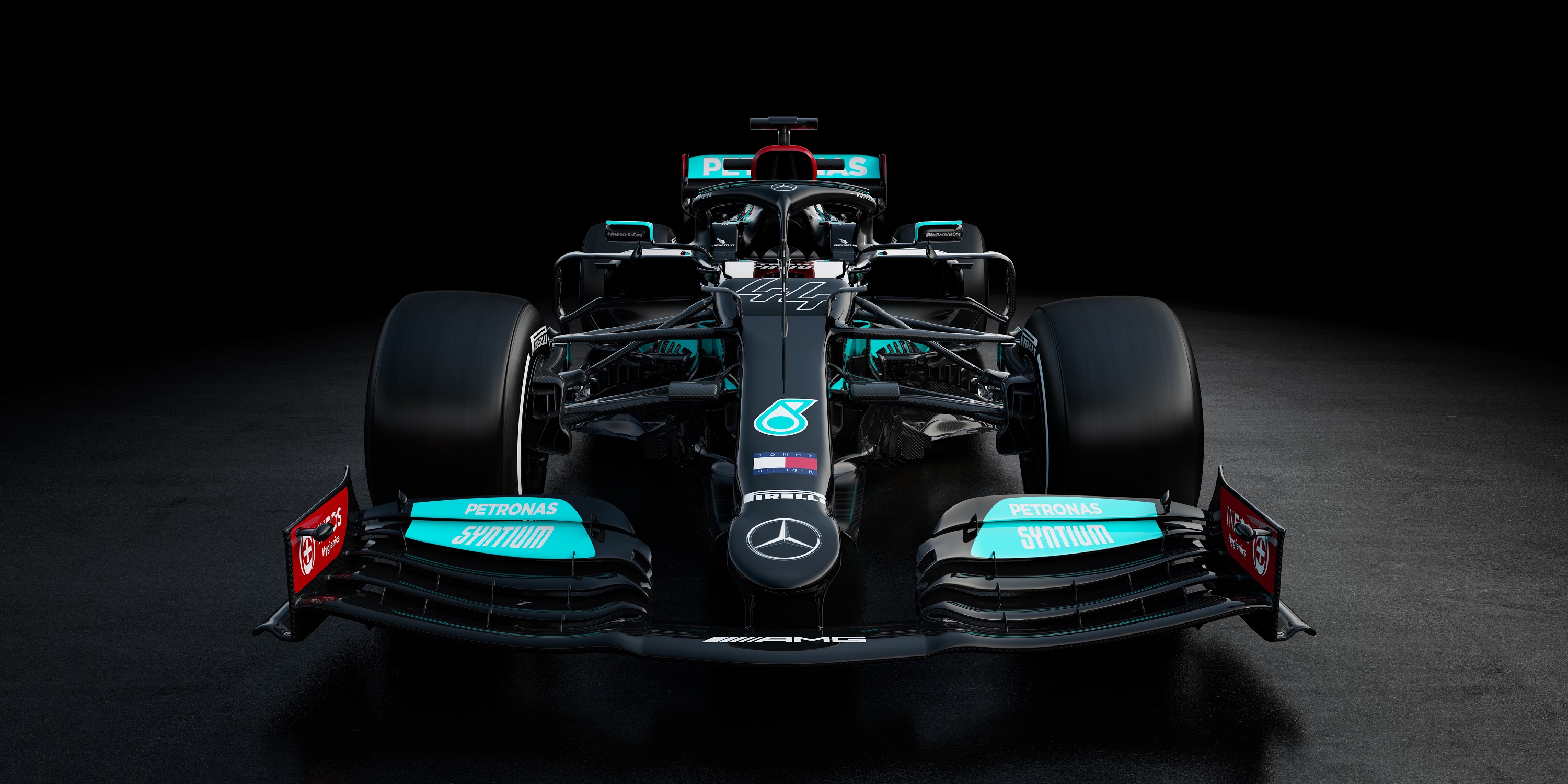 Fans will see the W12 in action on the opening day of pre-season testing in Bahrain next weekCredit: © Daimler AG 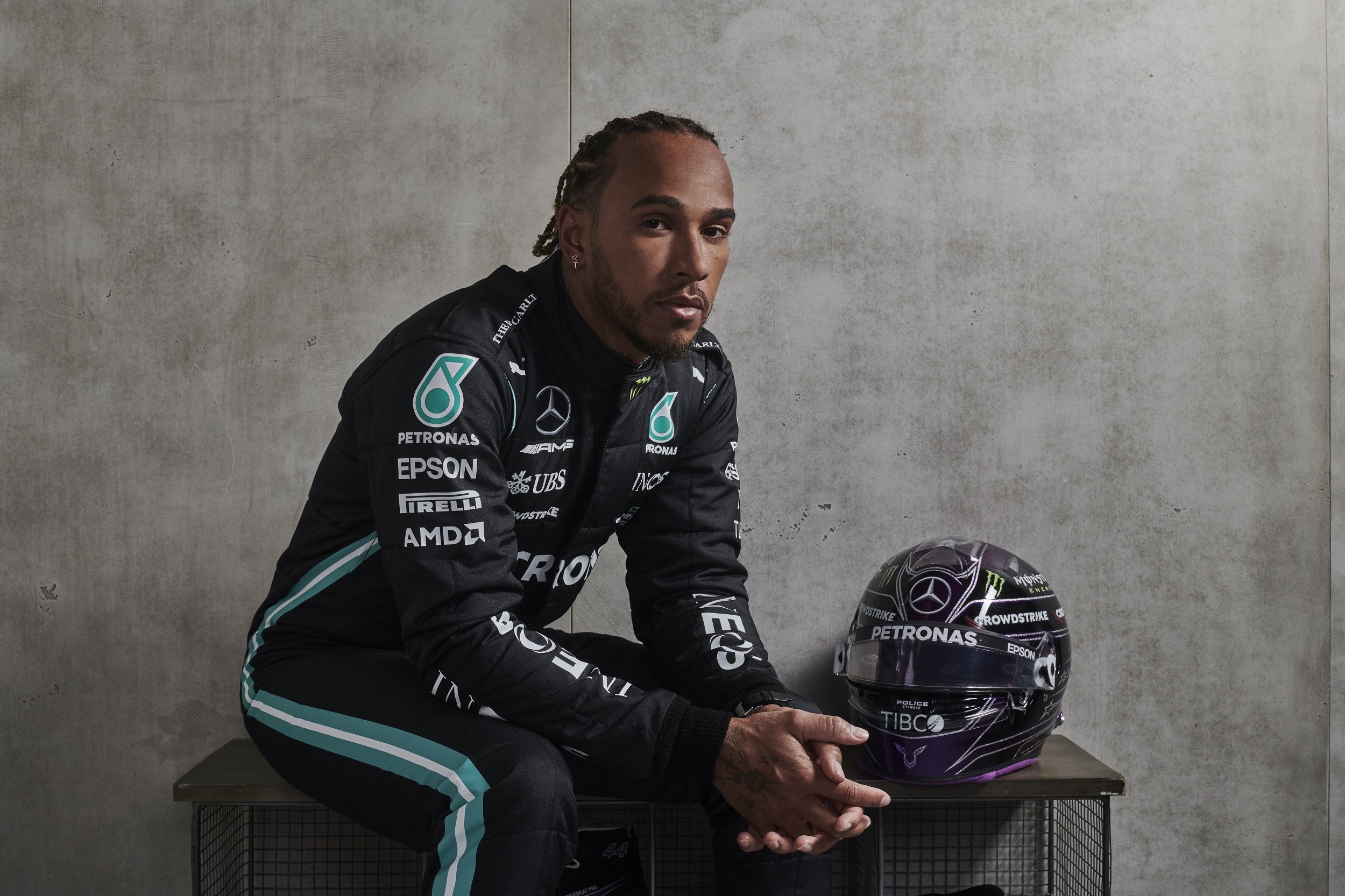 The Brit already has the most wins (95), pole positions (98) and podium finishes (165) in F1 and can now go on to become the undisputed champ.

He said: “The launch day of a new car is always a really exciting one. It’s great to reveal to the world the result of everyone’s hard work at the factories and to see some of my team-mates in person, which has been so rare during the past year.

“I’ve been in touch with the engineers through the winter, keeping track of their preparations as I prepare myself for the season ahead.

“The excitement has been building and building, so now I just can’t wait to get out on track in the W12.”

The car – or to give it its full title the Mercedes-AMG F1 W12 E Performance – is an evolution of last year’s motor.

With comparatively few rule changes for this season, there are some notable aerodynamic changes alongside improvements to the suspension, cooling system and Power Unit.

Merc have again opted for the black base livery remains for a second season, to underline the team’s commitment to improving diversity and inclusion within the team and our sport.

There is a nod to their Silver Arrows heritage on the engine cover that will also help to reduce engine temperatures, plus a single red three-pointed star to acknowledge the late Niki Lauda, the team’s non-executive chairman. 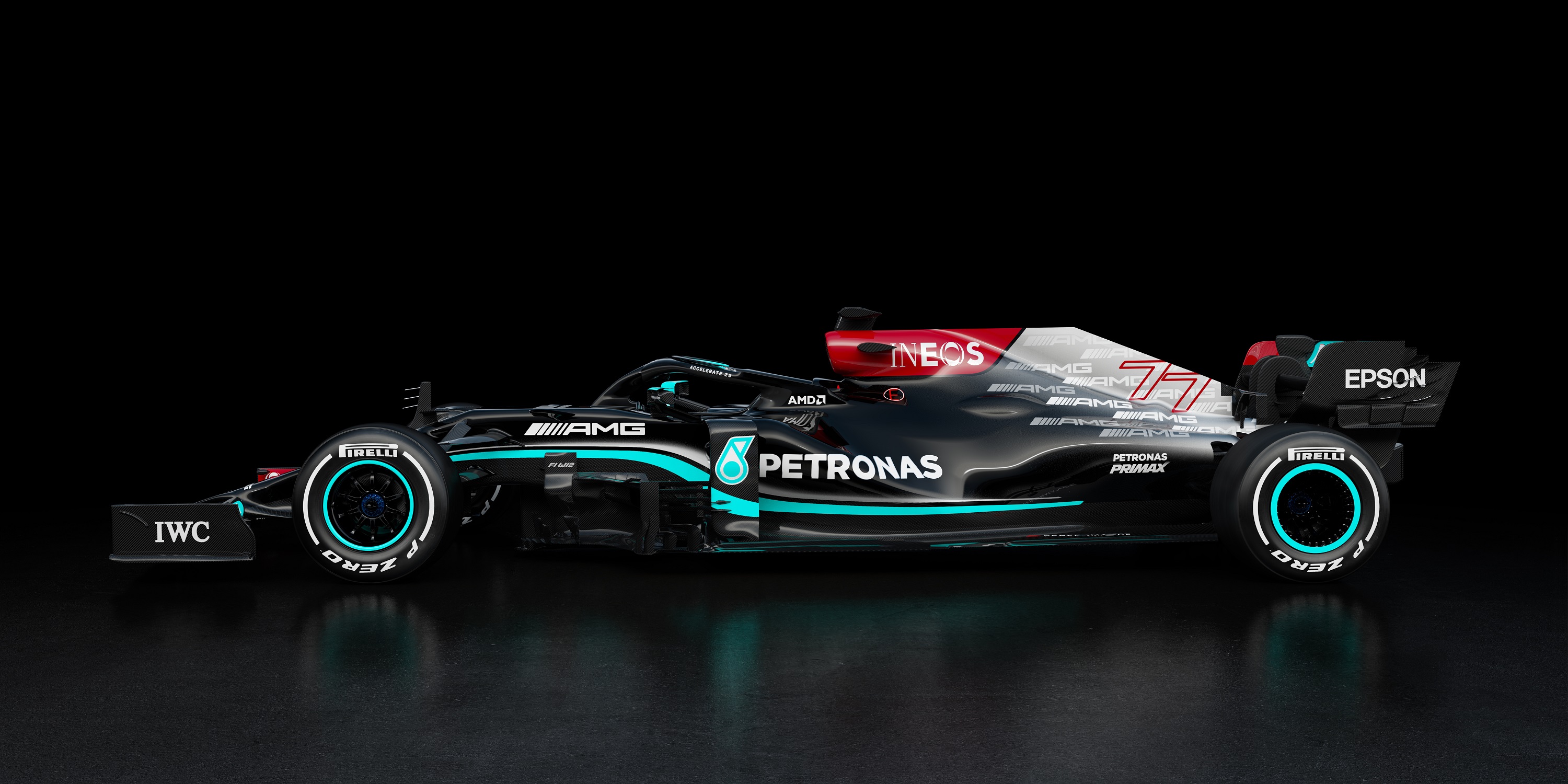 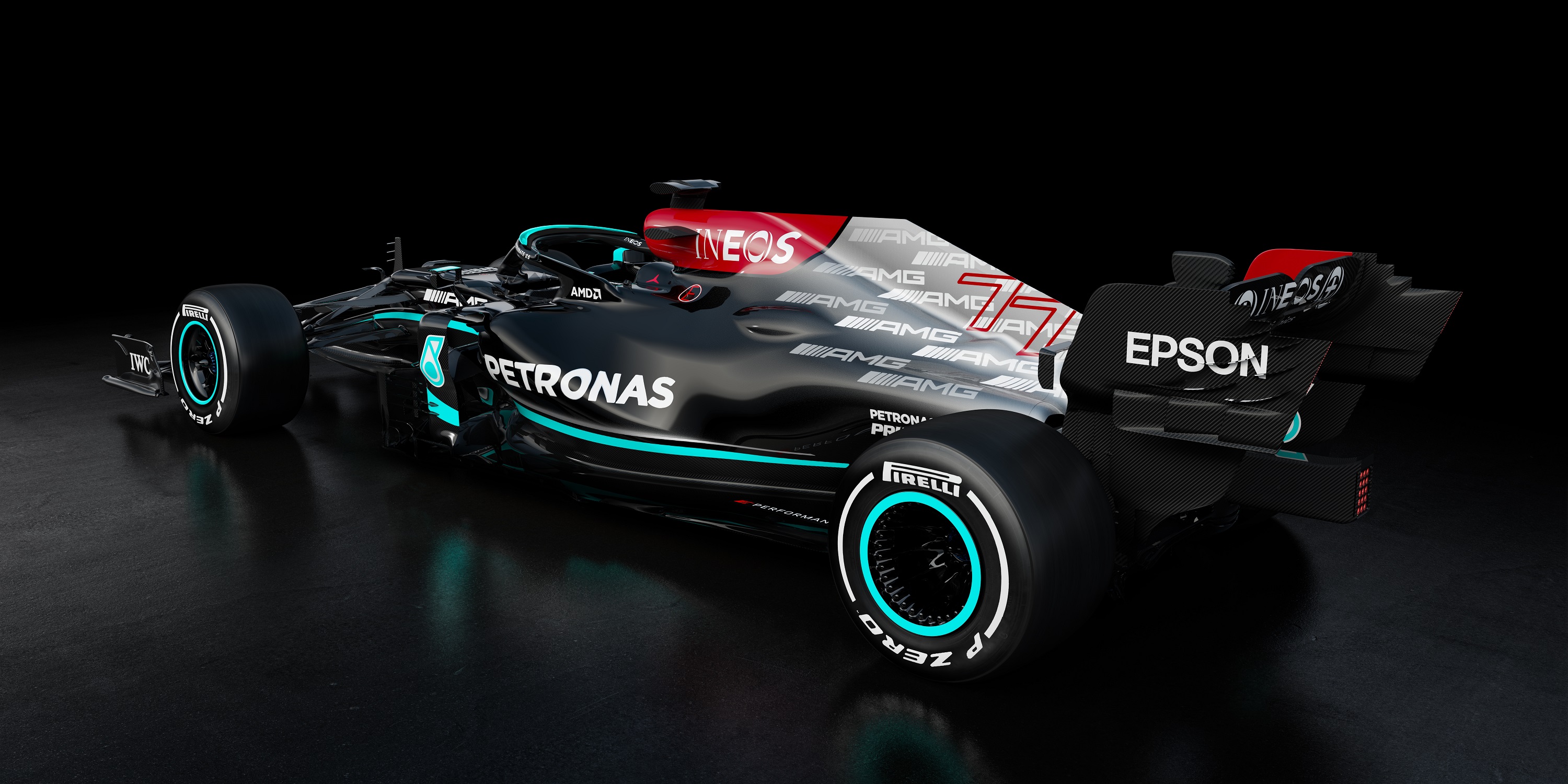 The W12 will complete its first laps on the opening day of pre-season testing in Bahrain, on Friday, March 12.

Team principal and co-owner Toto Wolff added: “Every year we reset our focus and define the right objectives.

“That may sound simple but it’s damn hard and is probably why there are no sports teams out there with seven consecutive titles.

“So many things can happen and it’s very natural to get used to success, and therefore not fight as hard for it.

“But this team has not shown any of that. I see the same fire, hunger and passion now as I did the first time I walked through the doors in 2013.

“Every season presents a new challenge and therefore, a new goal for us to achieve.

“2021 brings changes to the regulations, which could impact our competitiveness, plus the cost cap and working on the major rule changes of 2022. These challenges excite us.” 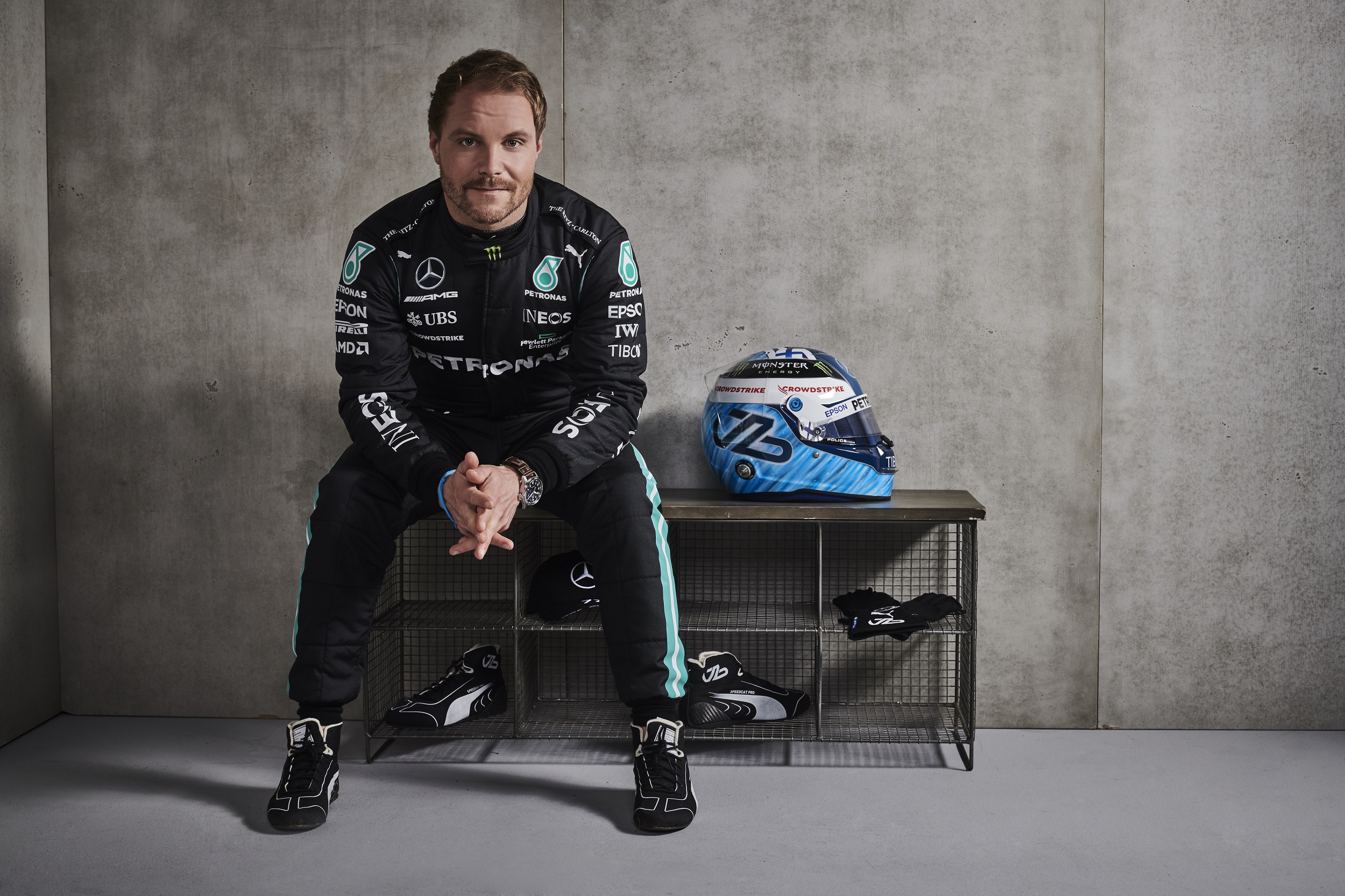 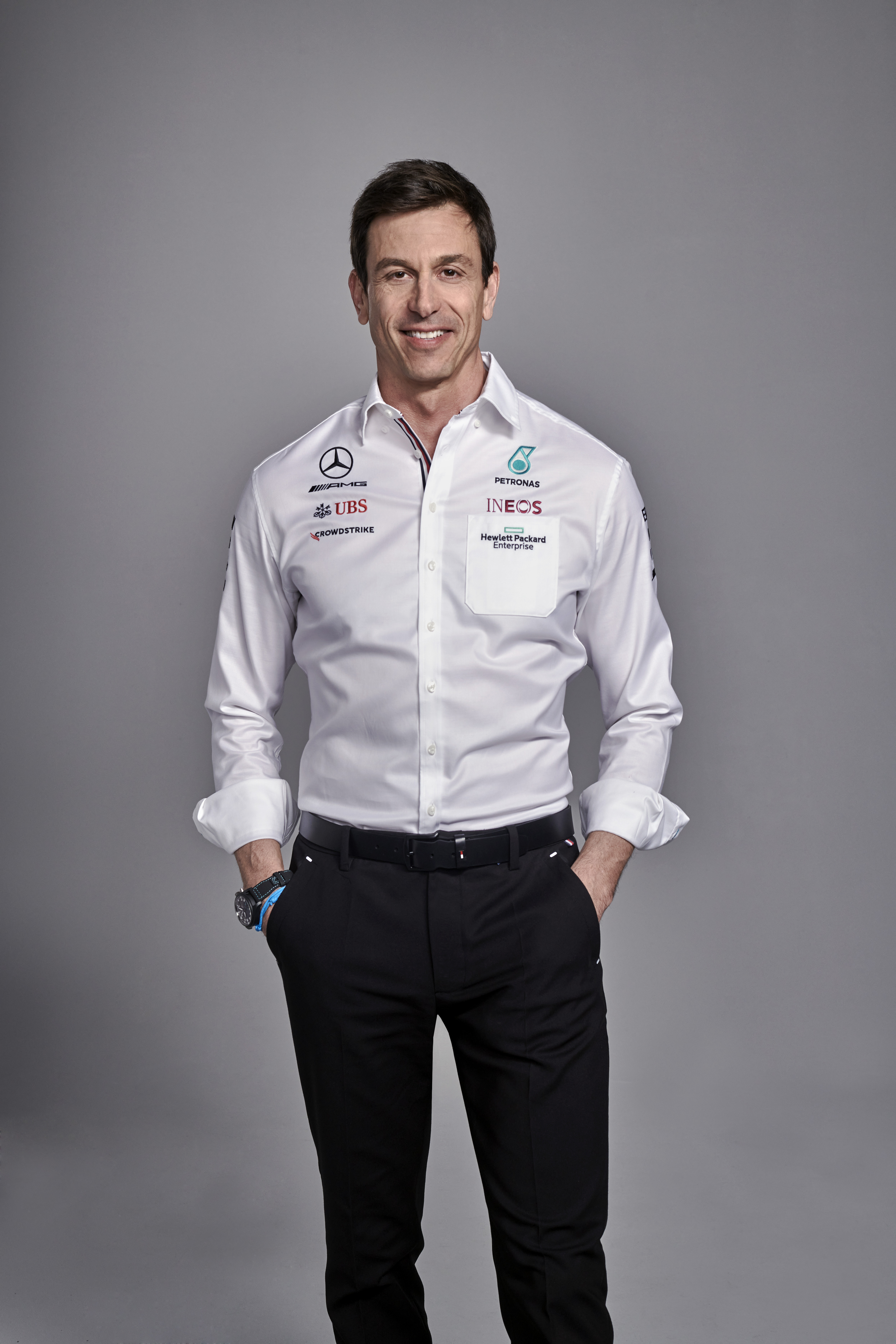 The largest development is the aerodynamic regulations, with the introduction of several significant changes to key performance areas on the car.

However, the introduction of the new cost cap this year, to limit team’s spending to $145million (£104m) means Mercedes have also set up their own Applied Science division.

Wolff added: “We had to change the structure of our team, the way we work with each other, streamline our processes and become more efficient.

“We fundamentally believe that the more efficient we are, the more performance gain that will translate to out on the circuit.

“So, it’s had a huge impact, but it has also provided us with the opportunity to re-evaluate our organisation.

“That’s why we set up Applied Science, bringing F1 know-how to many different customers, and it’s going to really play a big part in our evolving business.”

Meanwhile, Hamilton will be partnered by Valtteri Bottas and Wolff is backing the winning partnership to continue to deliver success.

He said: “I think the consistency we’ve had within this team over the years has been a real strength and advantage of ours.

“As we’ve seen in past seasons, it’s a line-up that works well for us, with two incredibly strong drivers who also have a very professional working relationship together.

“Both are hungry and fired-up to get back racing again soon and we’re all looking forward to seeing them drive our new car in anger for the first time in a few weeks.”