LEWIS HAMILTON took time out of contract talks with Mercedes to go jewellery shopping in Beverly Hills on Friday.

The seven-time Formula One World Champion, 36, has yet to agree terms with the Silver Arrows over the renewal of his £40million-a-year contract. 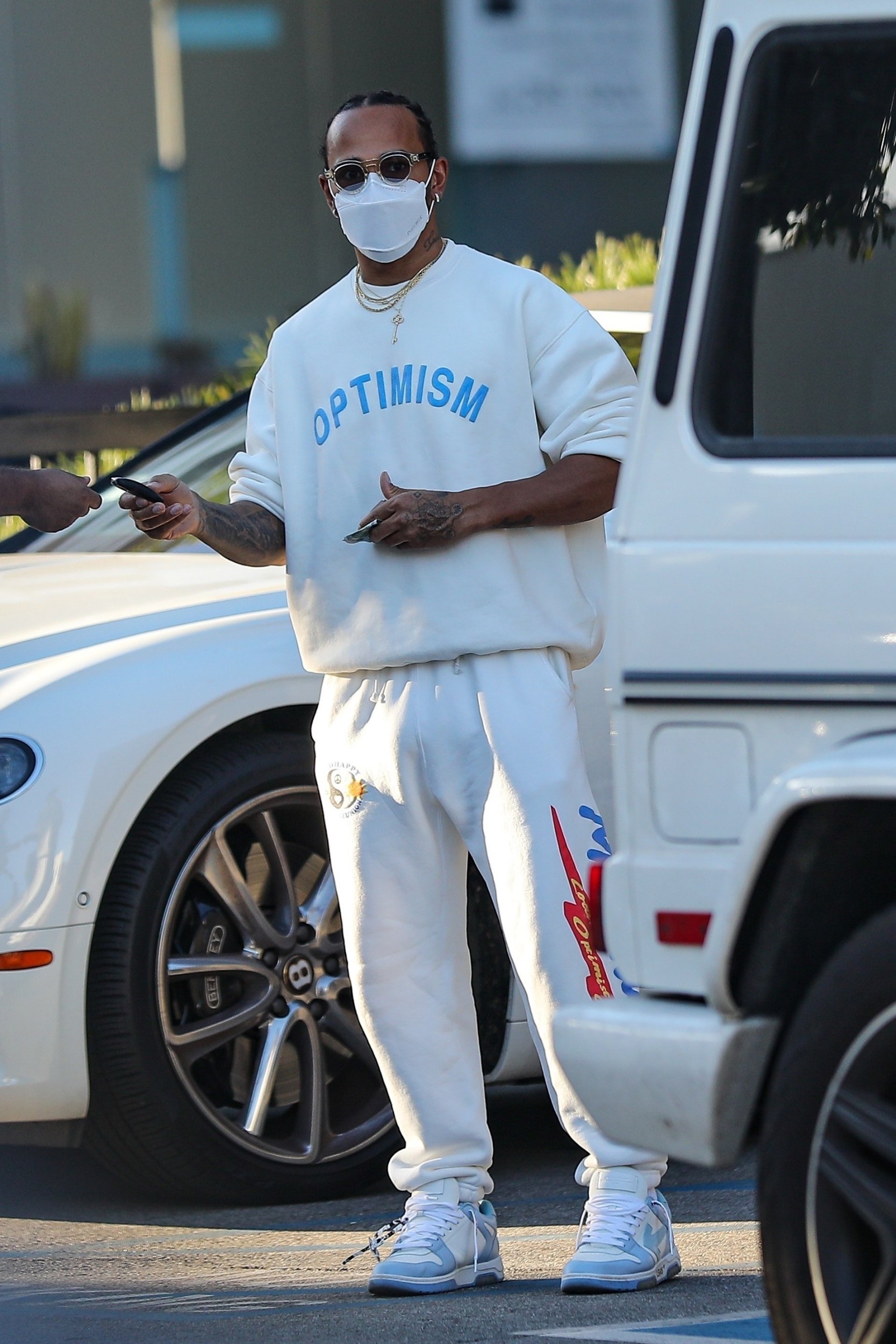 The F1 world champion has been locked in contract talks with MercedesCredit: BackGrid

Hamilton attempted to distract himself from the uncertainty surrounding his future in F1 with a visit to the exclusive XIV Karats Ltd store near Rodeo Drive.

The Hertfordshire-native adhered to Covid-19 safety protocols as he sported a white face mask before peeling away in his £140,000 2000 Porsche Taycan Turbo S.

Hamilton has been relaxing in California as he continues his recovery from coronavirus.

Hamilton and Mercedes have been locked in talks over a new deal during F1’s off-season, as the BBC Sports Personality of the Year eyes a record eighth World Drivers’ Championship.

The length of Hamilton’s contract is believed to be the sticking point in negotiations with Mercedes, with the Hertfordshire-native hoping to extend his stay in F1 for two more years.

However, the Constructors’ Champions are only willing to offer Hamilton a one-year-deal, despite him being crowned World Drivers’ Champion less than two months ago.

Mercedes will be hoping they can tie Hamilton down for the 2021 season before their new car is unveiled on March 2. 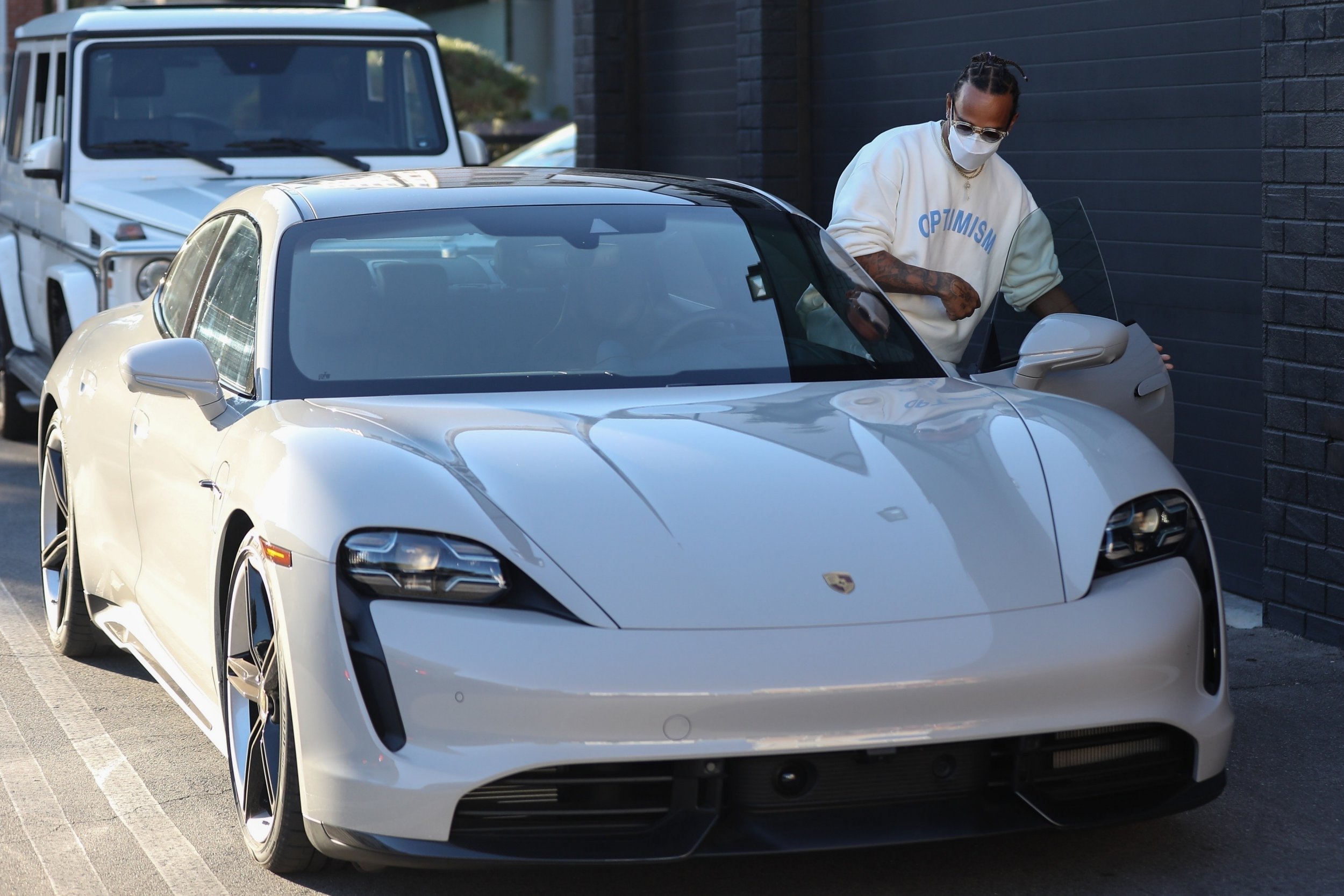 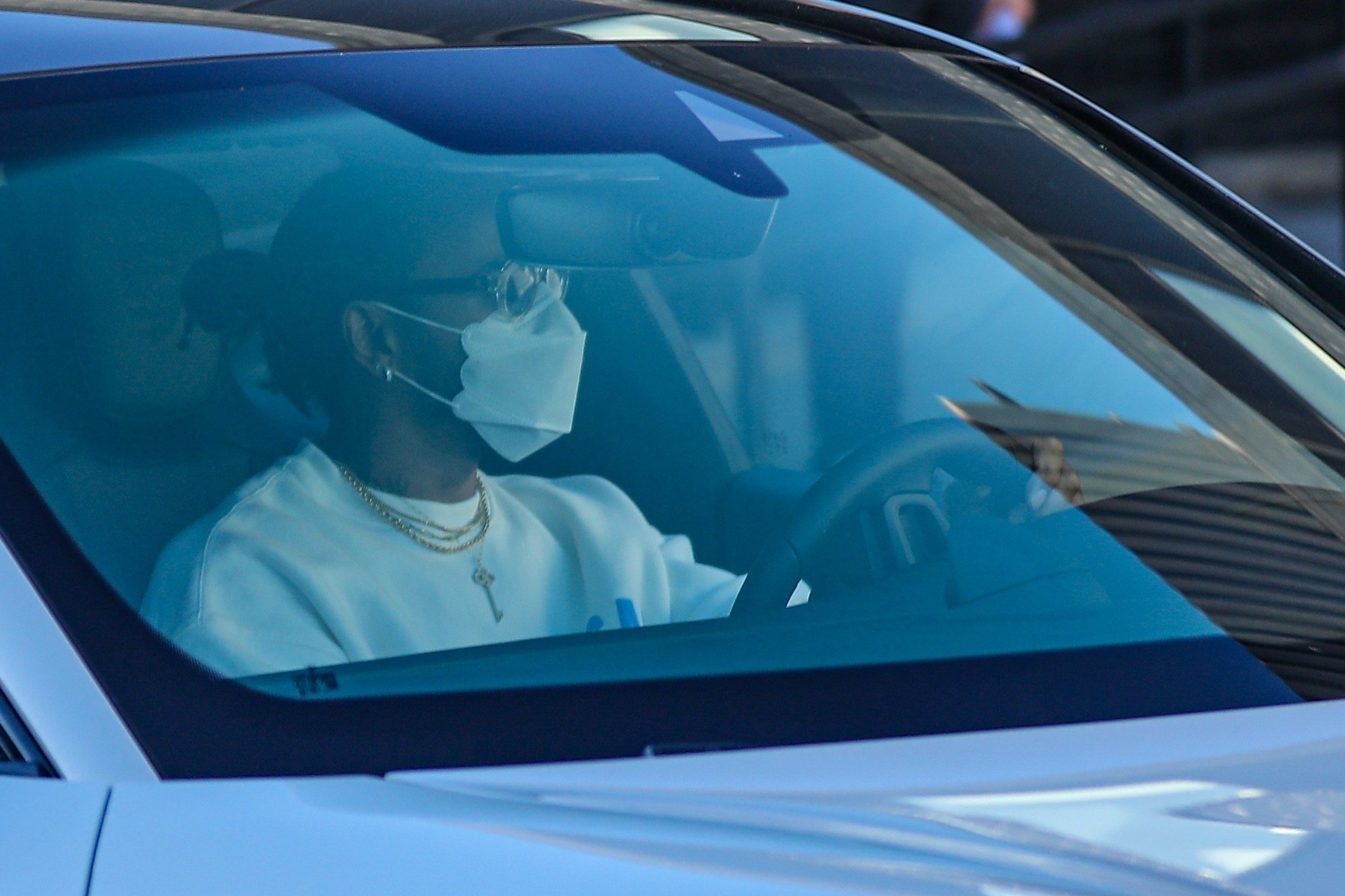 Mercedes hope to have Hamilton signed on by the start of next monthCredit: BackGrid

Testing for the new season begins in Bahrain 10 days later.

Negotiations are thought to have been thrown off by Wolff contracting coronavirus last month with the team boss speaking of ‘curveballs’ delaying an agreement.

Mercedes are the last F1 team to confirm their driver line-up for the 2021 season.