LEWIS HAMILTON was spotted out and about in Beverly Hills for the first time after agreeing his £40million 10-month contract with Mercedes.

After months of talks the 36-year-old finally agreed a short-term deal to stay with the Silver Arrows. 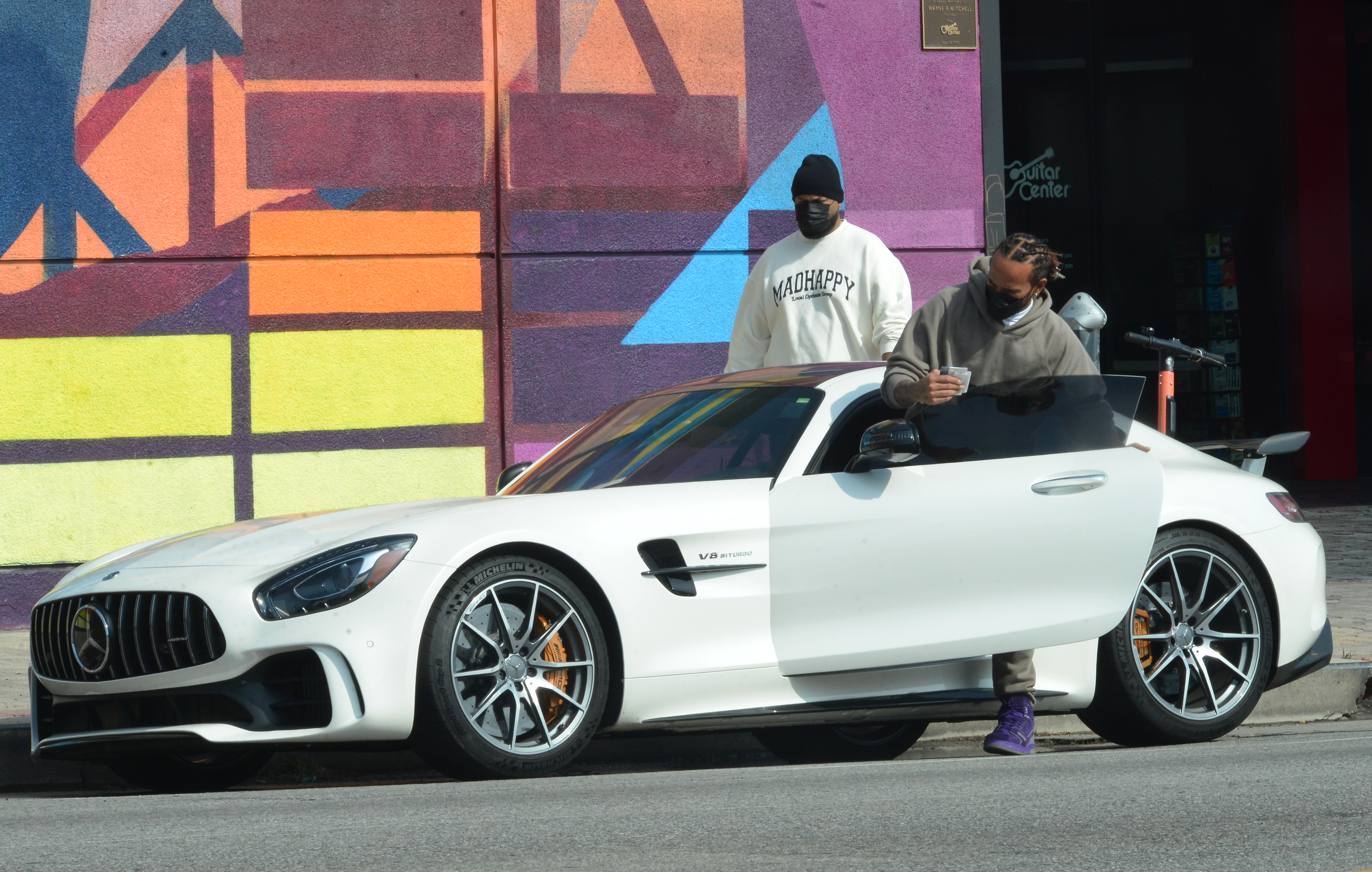 Lewis Hamilton was masked up as he cruised around in his MercedesCredit: Splash News 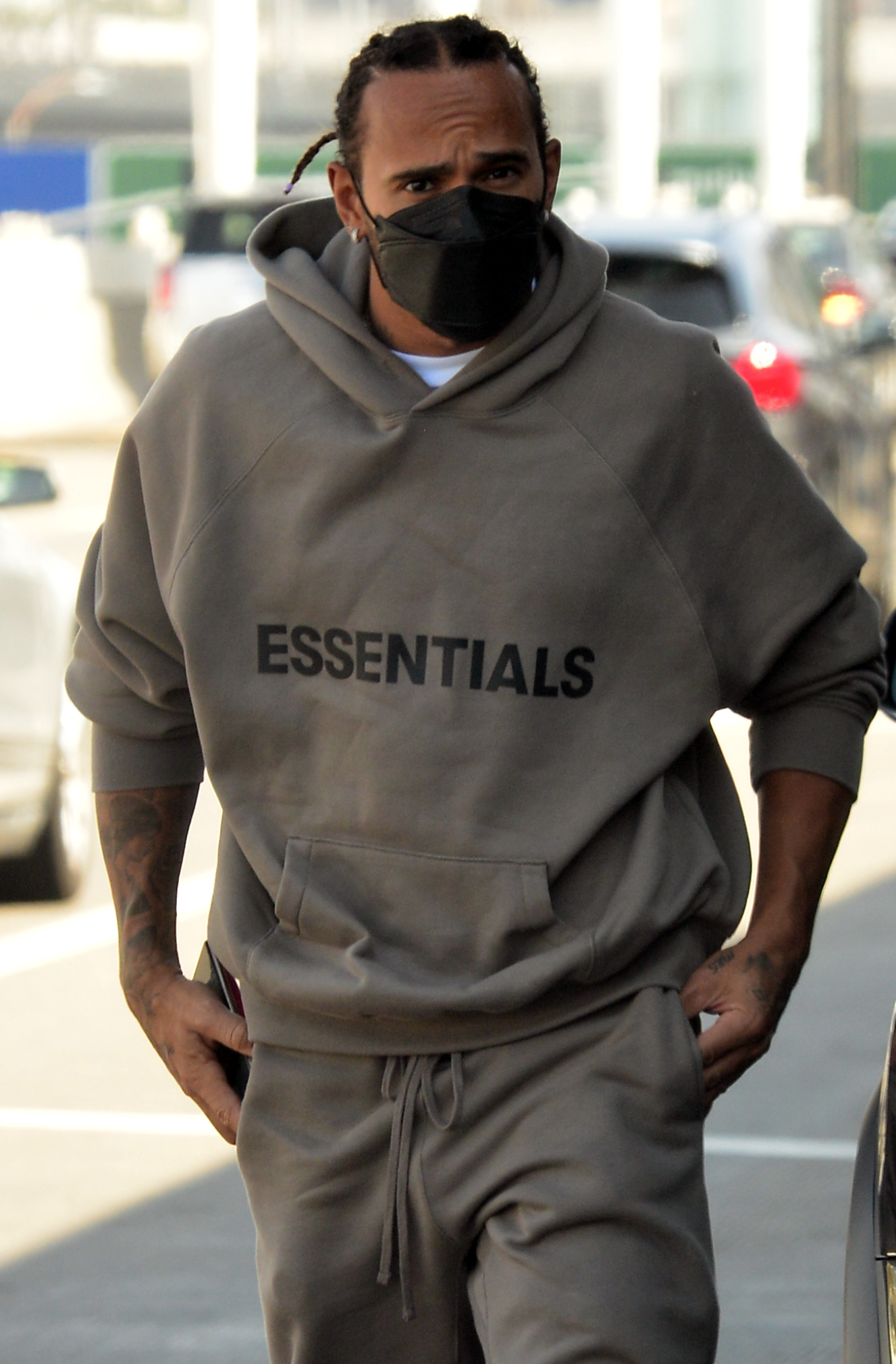 Hamilton was seen out and about for the first time since signing his new Mercedes contractCredit: Splash News

But it means he could leave at the end of next season, one where he goes in search of an eighth world title that would move him clear of the record he currently holds with Michael Schumacher.

He then swapped his stuff out of the £179,000 supercar into another – a Tesla to take him to the airport.

Unsurprisingly, Hamilton has enjoyed travelling in a bit of luxuruy on his US break.

He sported a white face mask before peeling away in his £140,000 2000 Porsche Taycan Turbo S at the weekend.

Hamilton has been relaxing in California as he continues his recovery from coronavirus.

Speaking about his new deal at Mercedes, Hamilton said: “I am excited to be heading into my ninth season with my Mercedes team-mates. 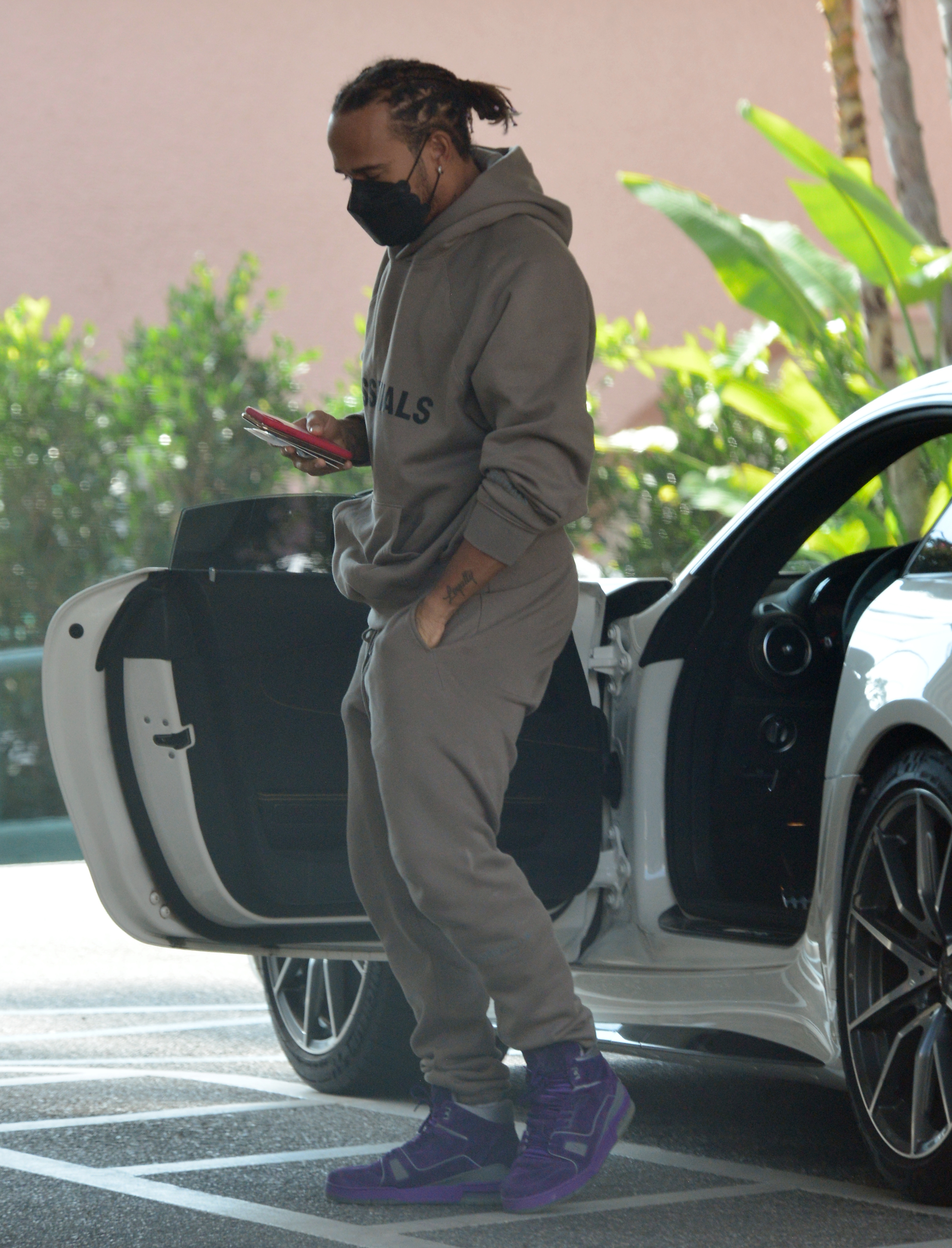 The 36-year-old will go in search of a record-breaking eighth title next seasonCredit: Splash News 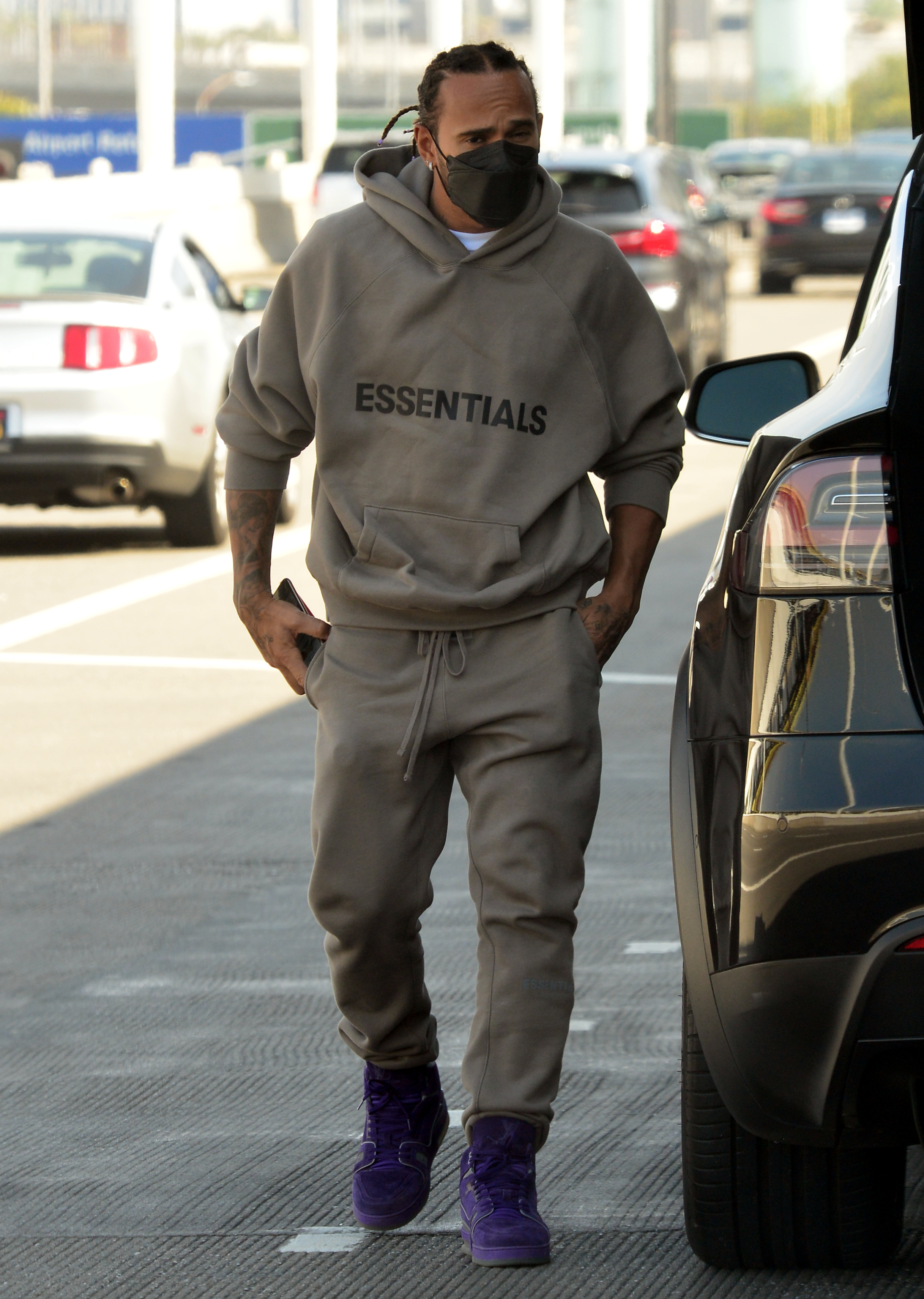 Hamilton has been relaxing in California after the season finishedCredit: Splash News 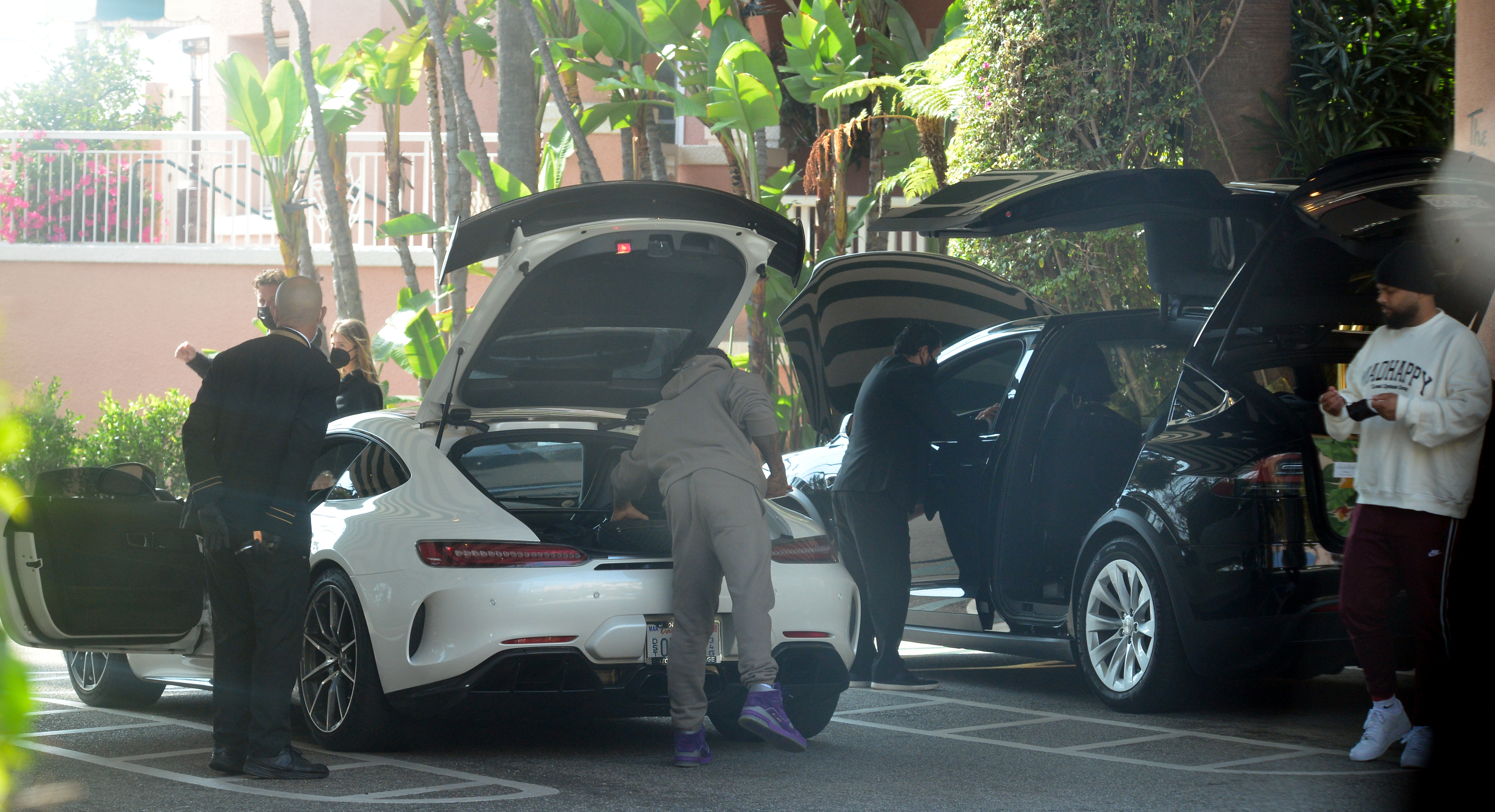 The Formula 1 ace then transferred into a Tesla

“Our team has achieved incredible things together and we look forward to building on our success even further, while continuously looking to improve, both on and off the track.

“I’m equally determined to continue the journey we started to make motorsport more diverse for future generations and I am grateful that Mercedes has been extremely supportive of my call to address this issue.

“I’m proud to say we are taking that effort further this year by launching a foundation dedicated to diversity and inclusion in the sport.

“I am inspired by all that we can build together and can’t wait to get back on the track in March.” 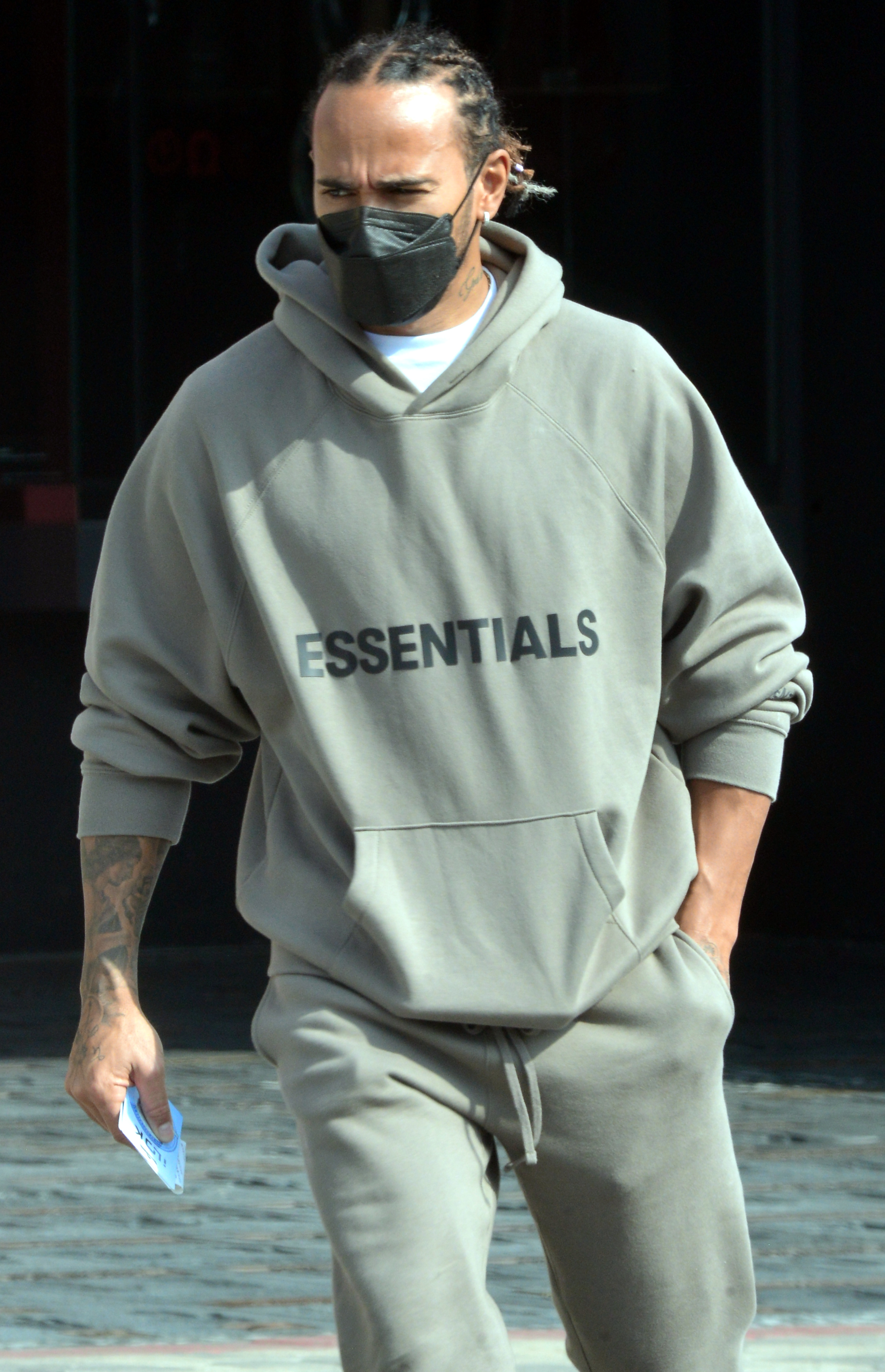 The British racer will reportedly earn £40m for his 10-month contractCredit: Splash News