LEWIS HAMILTON had the competition licked as he scooped pole 99.

It seems silly to say given his impressive tally of P1 starts, but this really was a shock as he qualified ahead of the Red Bulls of Sergio Perez and Max Verstappen for the Emilia Romagna Grand Prix in Imola. 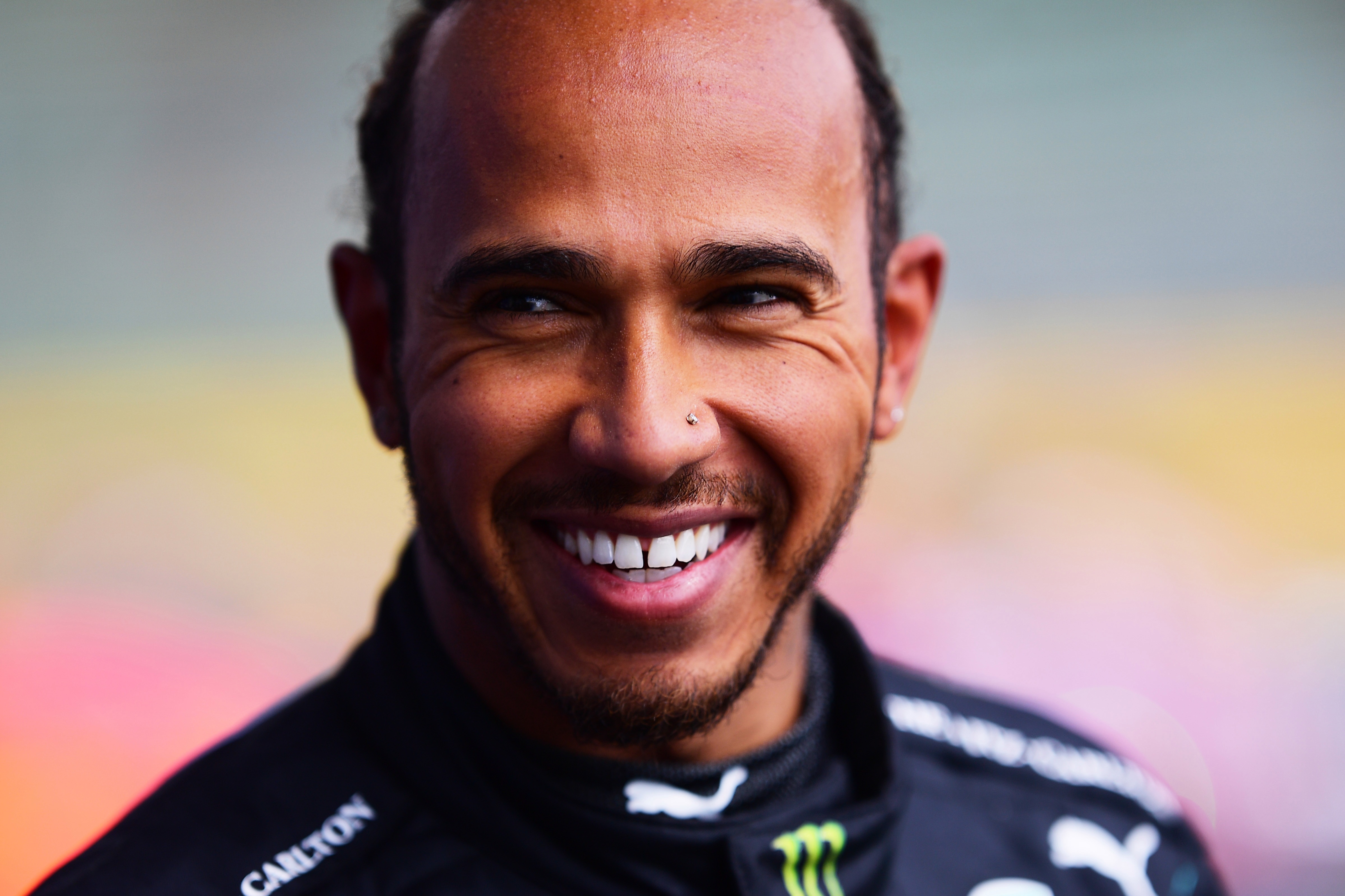 Lewis Hamilton was all smiles after grabbing yet another pole positionCredit: Getty 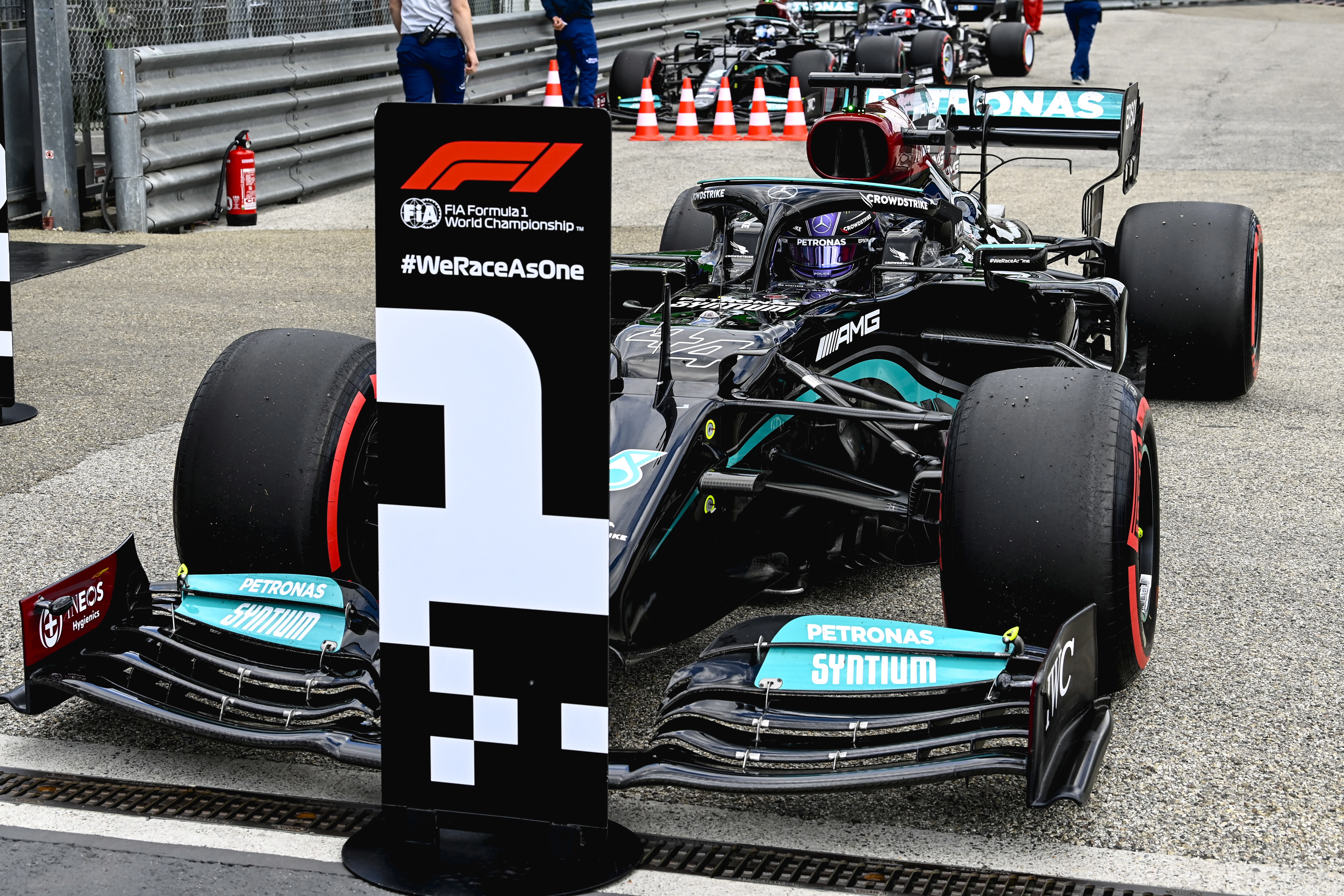 The Brit’s Mercedes was somewhat unfancied to secure P1Credit: EPA

The astonishment in the voice of his race engineer, Pete Bonnington, as the result was confirmed was enough to tell you this was a surprise to the team, despite their seven-year domination.

And while no points are on offer for Saturday qualifying, Hamilton was ice-cool while Max Verstappen again melted away after another error.

Hamilton said: “I did not expect to be ahead of two Red Bulls. They have been so quick, but the car was feeling a lot better from the beginning.

“I love it! I love the challenge and finally we have the two Red Bulls there and it will make it harder for me because they have great race pace.

“But I am just so happy. The first lap was clean and when I came around the last corner I was just super grateful.

“No-one in the team expected pole, but that was the tidiest lap I could put together. We are firing on all cylinders and I think we were fortunate.

“But it is milliseconds between us all. We can all say we can go faster, but it is what you do in those seconds which count.”

Hamilton’s words will ring in the ears of Verstappen, who lost out in Bahrain when he passed the world champion with an illegal off-track move that was punished by the stewards.

And again the Dutchman was at fault as he drifted off on to the grass on his final flying run, costing him time and losing him his shot at pole.

He added: “I went off at Turn Three and it was a bit messy. You can’t be good all the time but P3 is still a good starting position.”

Verstappen will be starting behind his teammate, Sergio Perez, who recovered from crashing into Esteban Ocon during Friday’s practice session.

The Mexican said: “On Friday, I made a mistake and made the team work hard, so it was a good recovery. I never expected to be in P2.

“But really, I should have been on pole, as I made a mistake on my final corner but we keep on improving and it is Sunday that matters.”

Brit Lando Norris was left cursing his luck after being denied the chance to start in third place after exceeding track limits.

We made a lot of improvements but that one lap that I don’t need to make a mistake on, I effed it all up!

The race stewards deleted his time for gaining an advantage and he has to start in seventh on the grid.

He added: “I’m pretty disappointed and pretty annoyed with myself.

“We made a lot of improvements but that one lap that I don’t need to make a mistake on, I effed it all up! It’s my mistake.”

Meanwhile, Hamilton’s team-mate Valtteri Bottas will start the race down in eighth while George Russell starts in 12th ahead of world champions Sebastian Vettel, Fernando Alonso and Kimi Raikkonen.