SIR LEWIS HAMILTON was left red-faced after he came close to crashing his Mercedes during Formula One’s official launch party for the Las Vegas Grand Prix on Saturday.

The seven-time World Champion, 37, took to the track shortly after his teammate George Russell and Red Bull’s Sergio Perez.

Hamilton almost crashed his car into a barrier during the Las Vegas GP launch partyCredit: Twitter.com/@F1 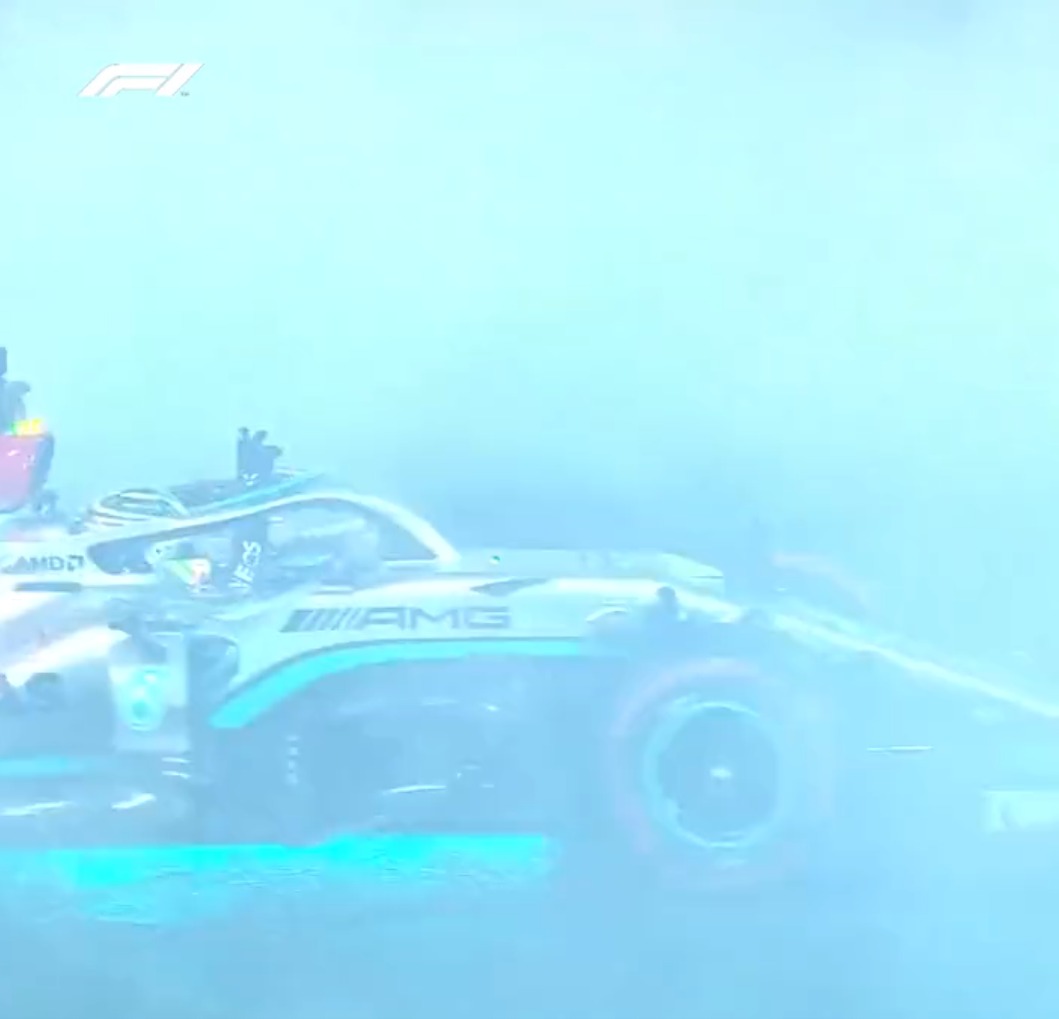 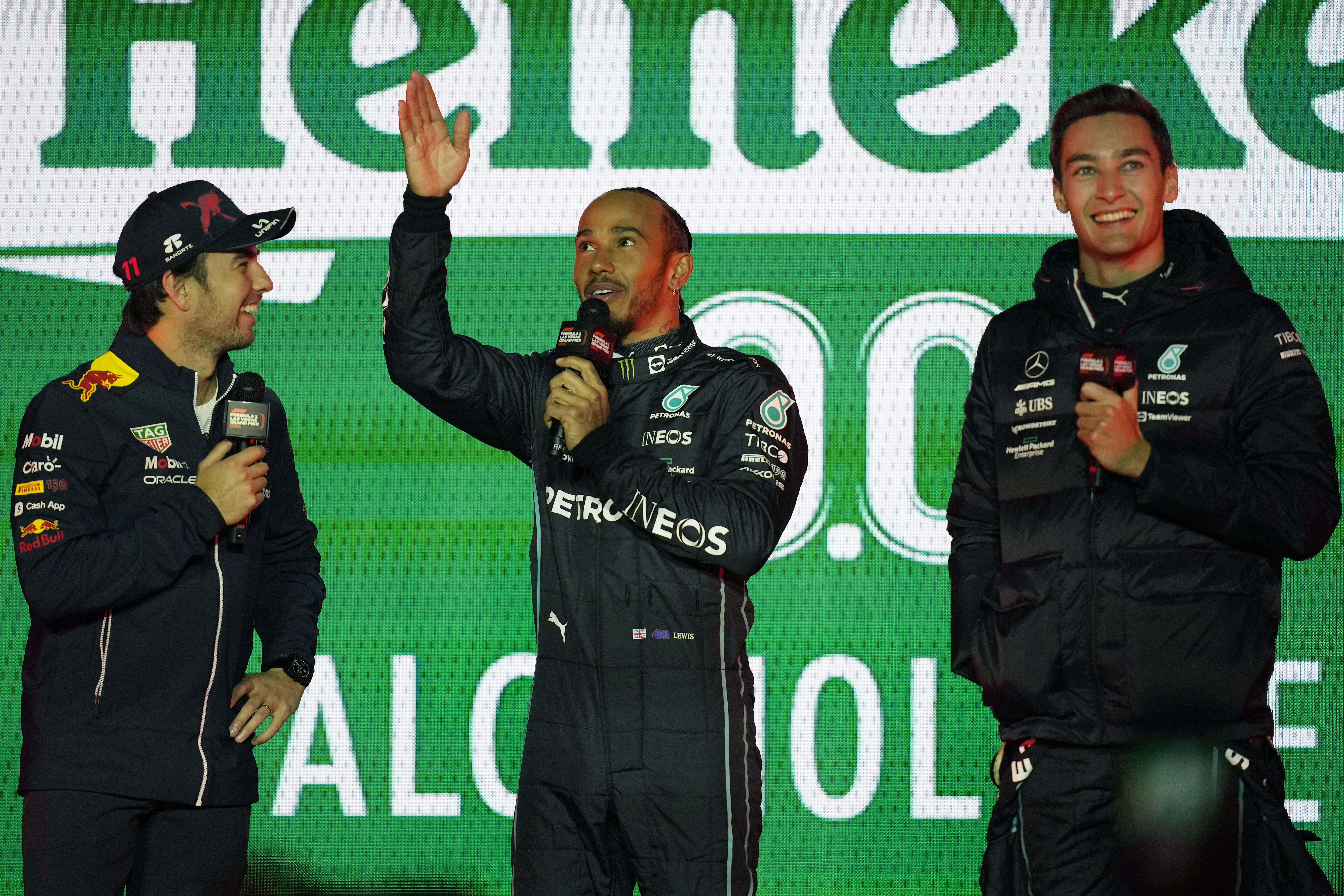 The seven-time World Champion joked about the mishap with Perez (L) and Russell (R)Credit: AP

After driving down the iconic strip – which runs past world-renowned venues such as Caesars Palace and the Bellagio – he decided to entertain the crowds even more by attempting numerous doughnuts.

However, the dark conditions, along with the large clouds of smoke from the burning tires, made it difficult for Hamilton to see where he was positioning the car.

At one point, he even came close to crashing into the barrier.

Hamilton saw the funny side of it though as he joked about the mishap on stage later that evening. 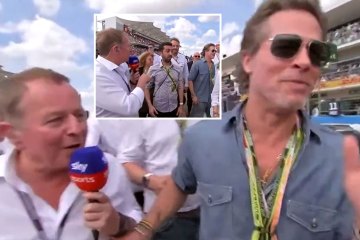 He said: “I nearly crashed. There was so much smoke and I had no idea where I was.

“I couldn’t figure out where the buildings were. I tried to pull up on the side and there was a barrier!”

He then turned to Perez and asked: “Was there too much grip?”

To which the Red Bull man replied: “That car is too good!”

The inaugural Las Vegas GP will take place next year from November 16 to November 18.

The street circuit features a 14-turn, 3.8 mile track where cars are expected to reach speeds of 212mph.

After getting a feel for the track during the official Las Vegas launch party, Hamilton suggested that it’ll be a calendar highlight.

The Brit added: “Just driving down the strip under the light was like the movies. It’s going to be one the best races of the year.”