DAYTONA 500 ended in a huge fireball pile-up as cars smashed into each other in a horror last lap.

The NASCAR Cup Series motor race in Florida descended into chaos on the final lap. 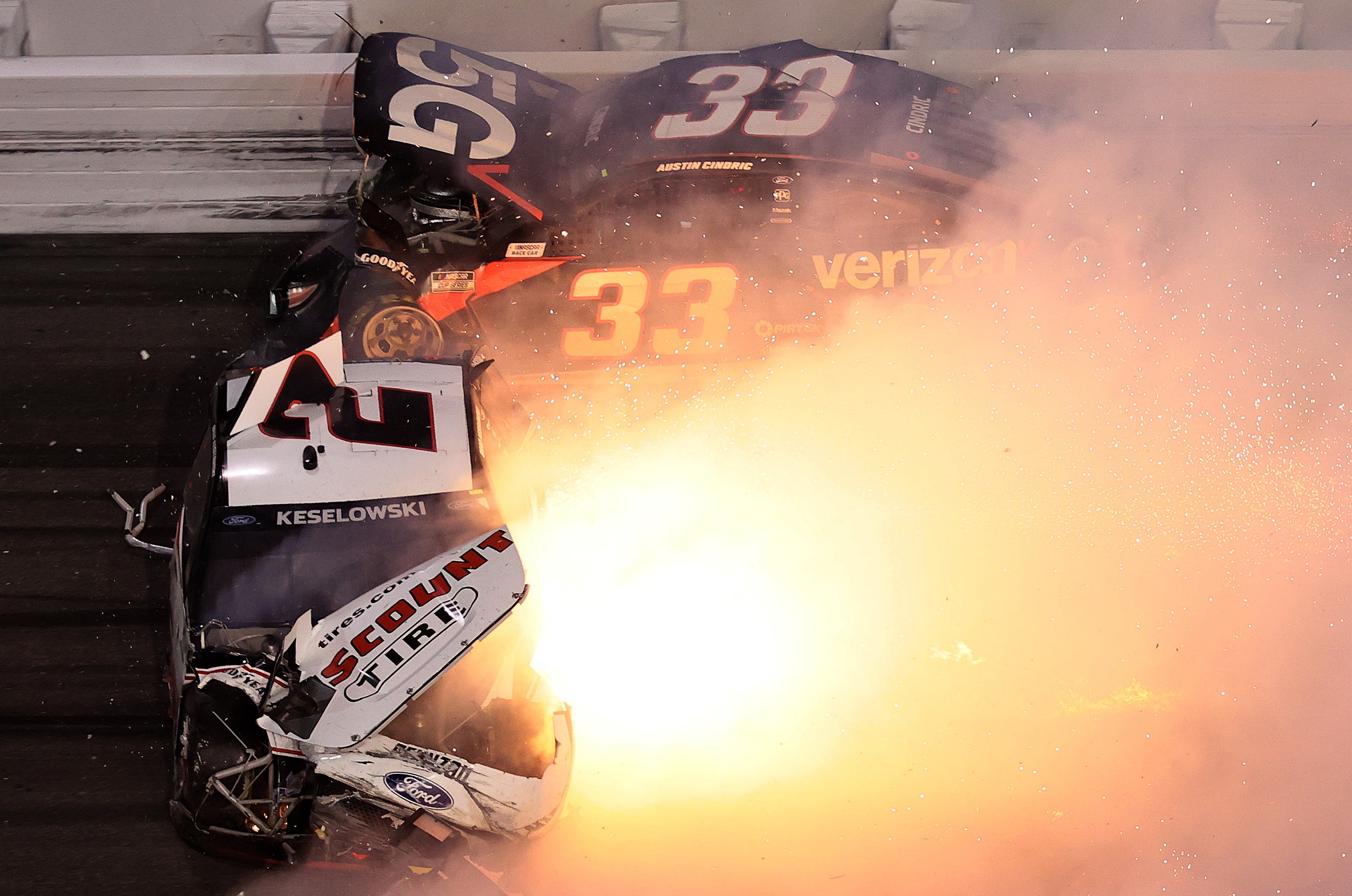 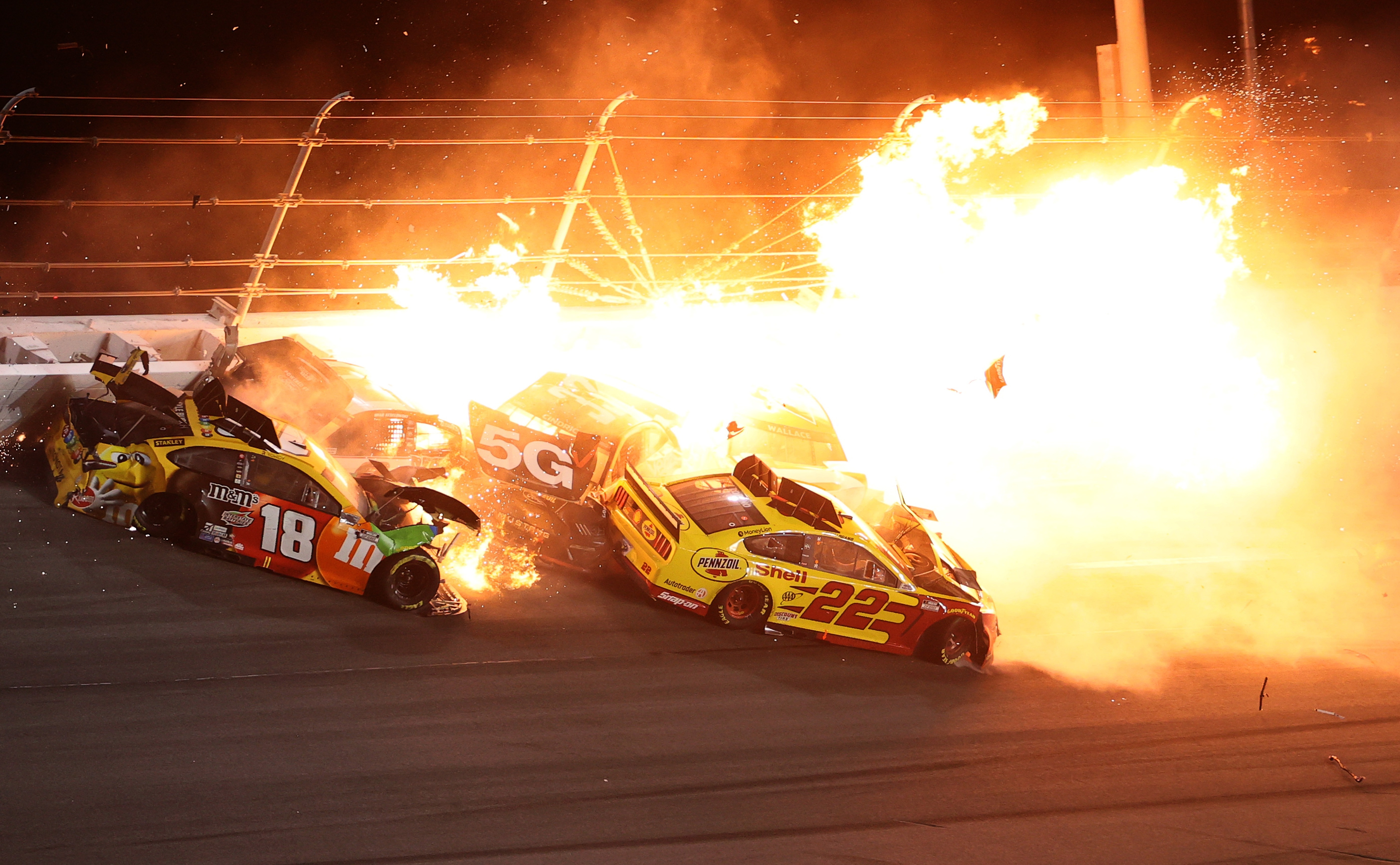 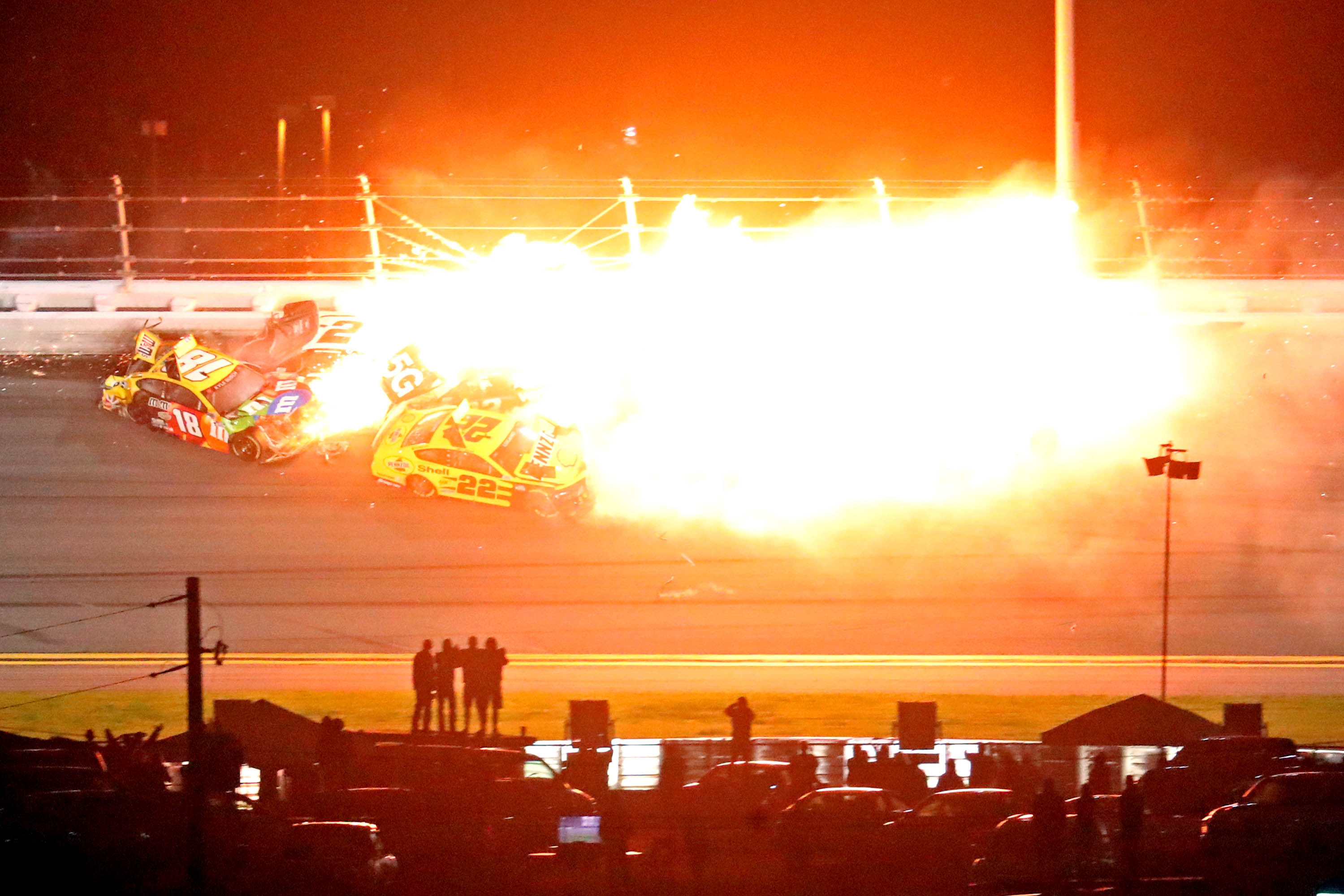 The wreck during the Daytona 500 at Daytona International SpeedwayCredit: USA TODAY Sports 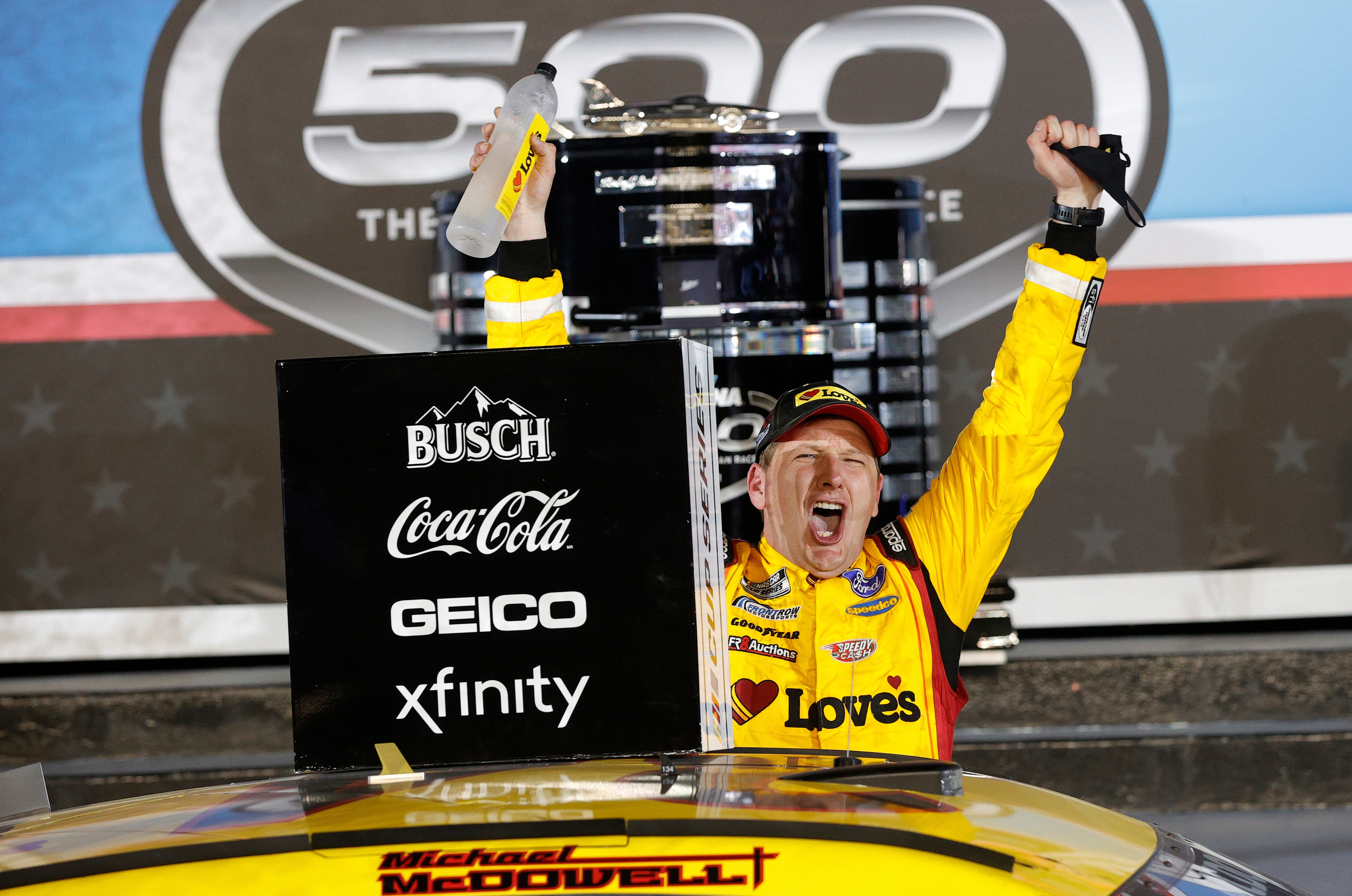 Penske team-mates Joey Logano and Brad Keselowski – who were leading – collided into each other.

Austin Cindric, who was unsighted, then hit the back of Keselowski’s car, causing a fireball and wreck that eliminated all but 11 cars.

The likes of Bubba Wallace, Christopher Bell, Ryan Preece and Ross Chastain were also caught up in the melee.

All of the drivers involved escaped serious injury.

After a brief period of confusion over who was ahead when the yellow flags were shown, McDowell was confirmed as the winner.

He finished 0.07 seconds clear of Elliott with Dillon just 0.001s further behind the Hendrick driver.

It capped a 100/1 cinderella upset for McDowell, who won his first ever 500 championship.

He said: “I just can’t believe it.

“So many years just grinding it out, waiting for an opportunity like this.

“I’m so thankful, such a great way to get a first victory. Daytona 500, are you kidding me!”

McDowell swerved a similar 16-car pile up on lap 14, and finished the race after a near six hour weather delay. 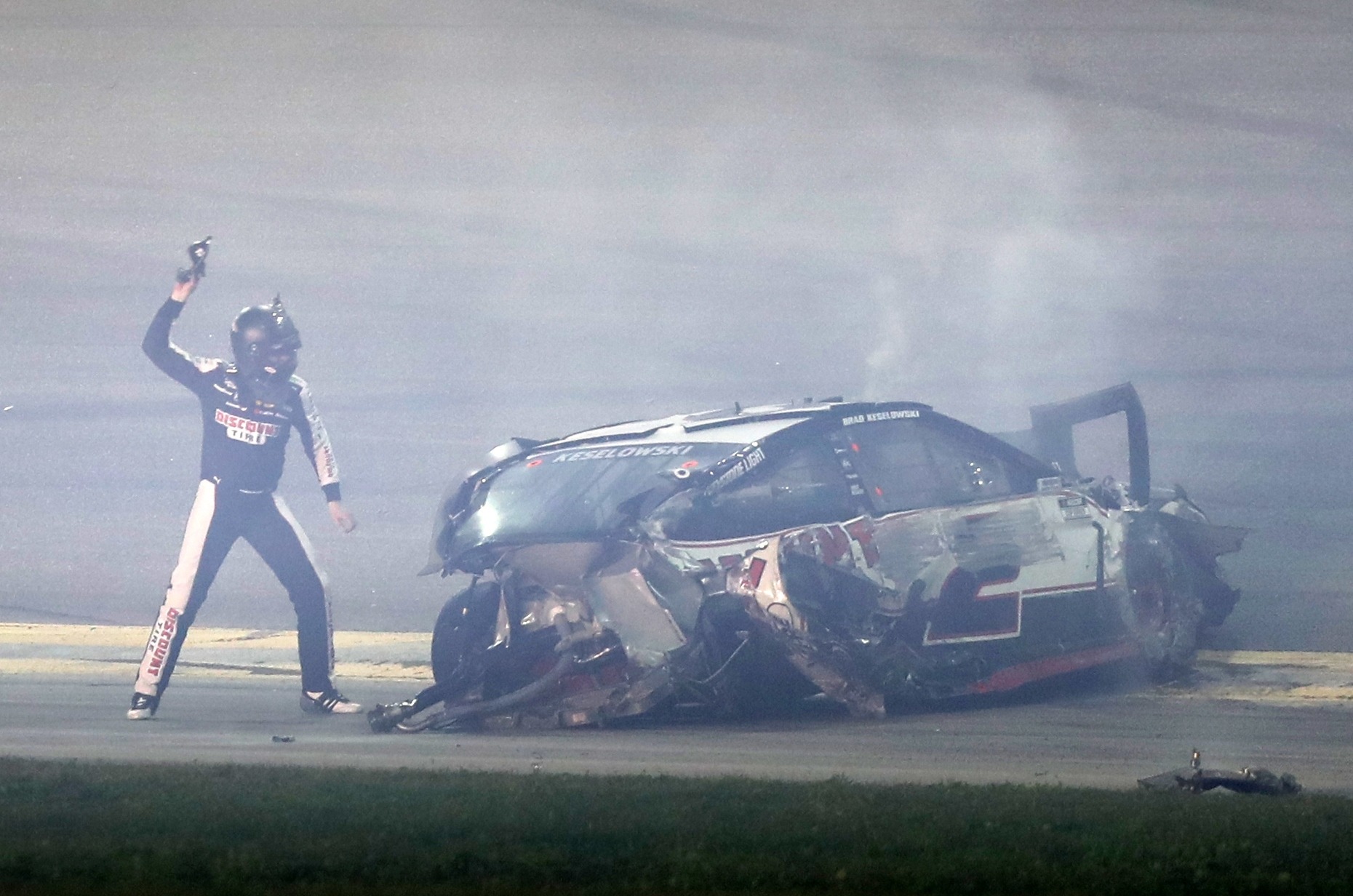 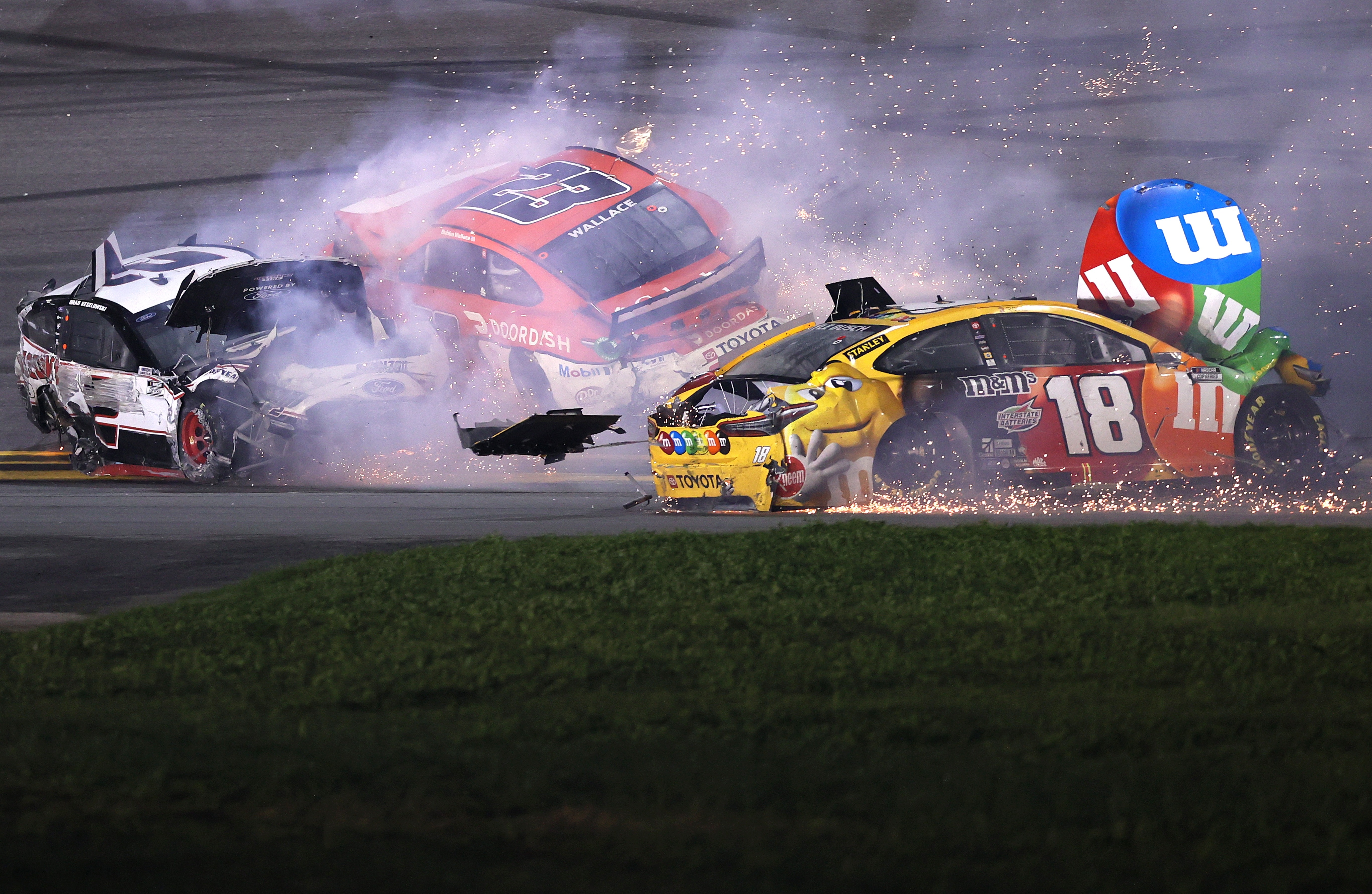 All but 11 cars were involved in the pile-upCredit: Getty Images – Getty 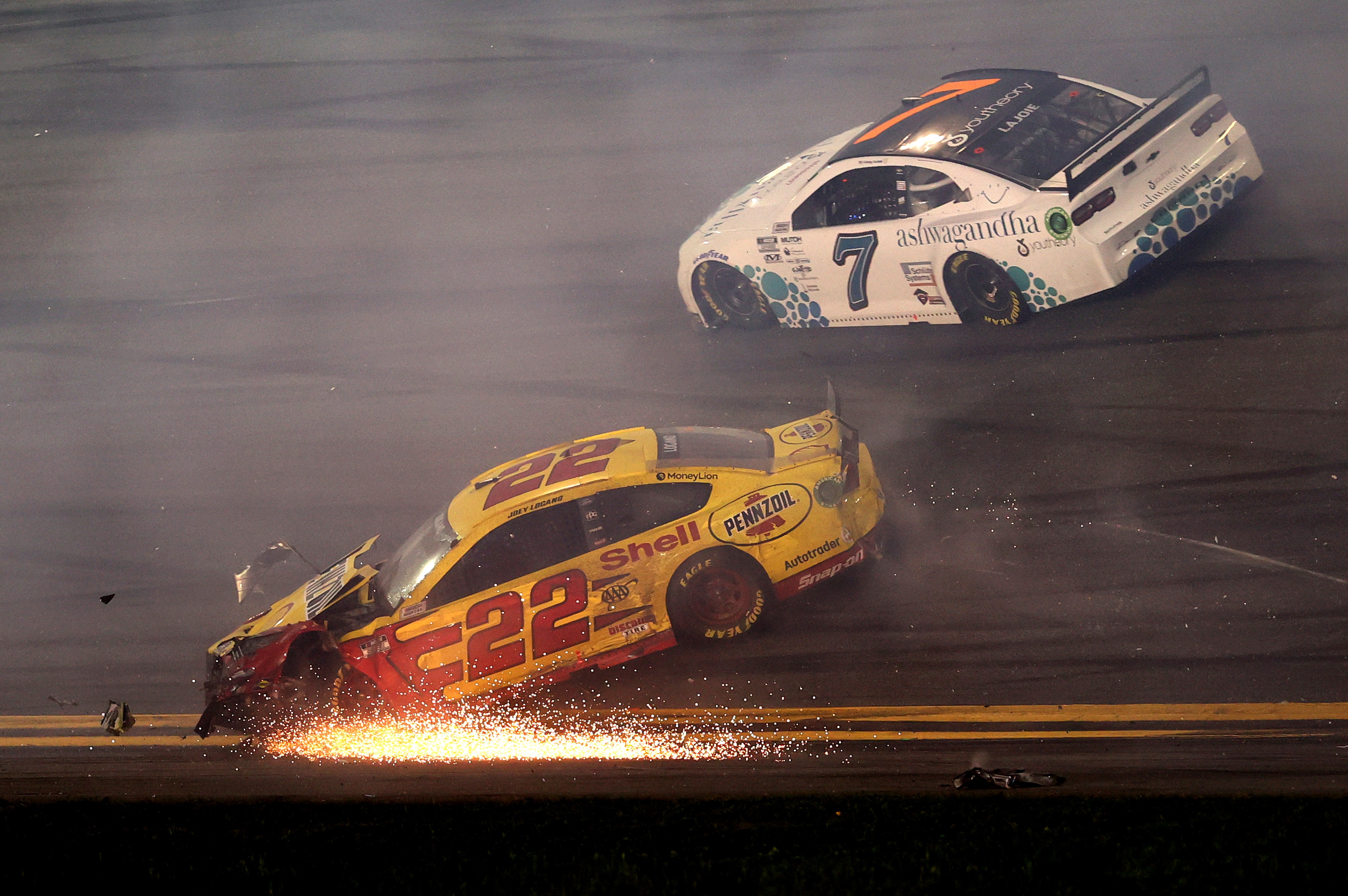