AS LEWIS HAMILTON won an epic battle with Max Verstappen in Bahrain, fans were left confused by Formula One track limit rules.

The sport has long been split over how strictly guidelines on circuit boundaries need to be enforced. 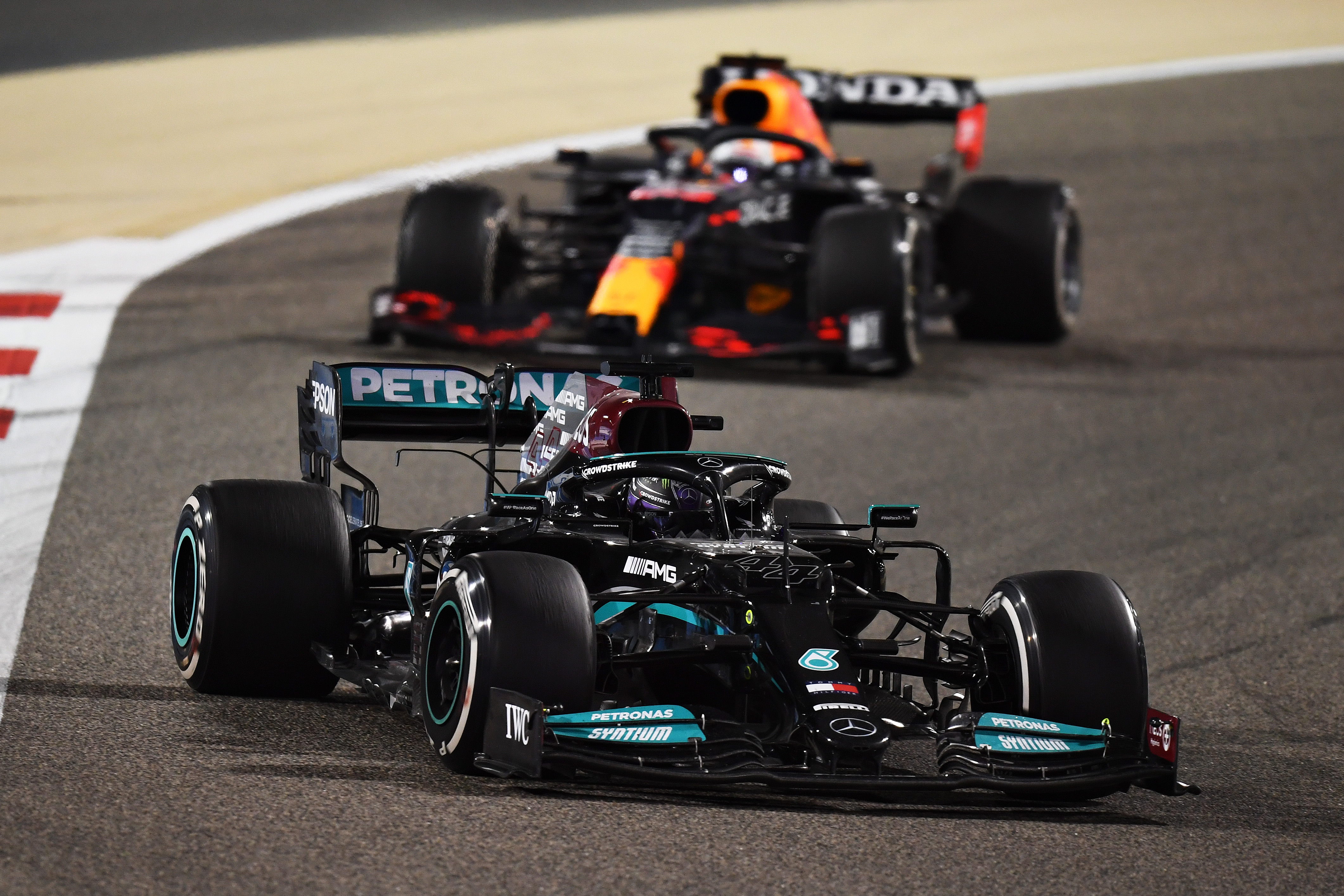 Confusion reigned following the tussle for the lead on SundayCredit: Getty 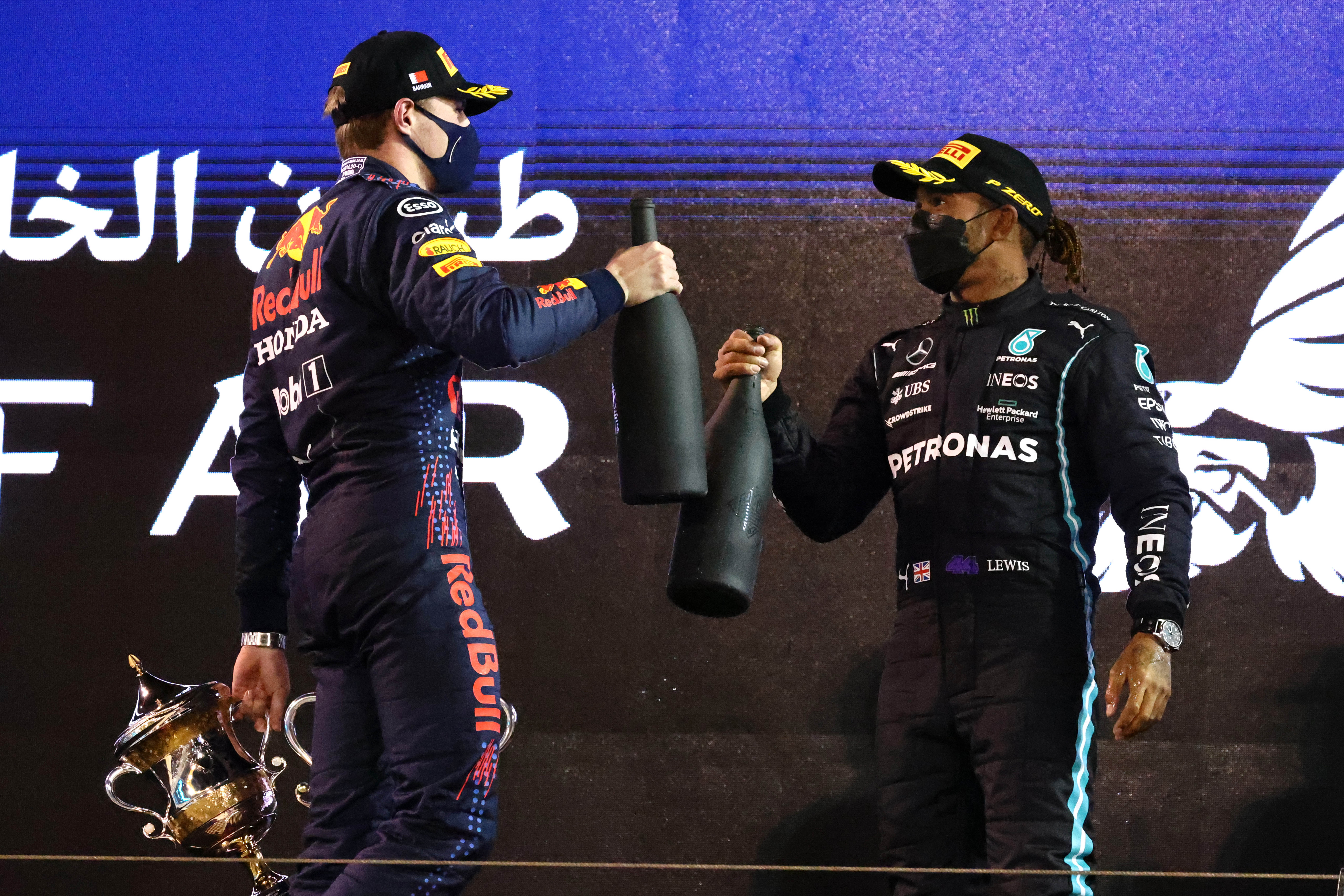 Max Verstappen and Lewis Hamilton were both called up for running wide at Turn 4Credit: Splash

Certain tracks, chiefly those with large run-off areas, provide drivers with opportunities to nab an extra tenth of a second by keeping their foot to the floor and briefly going outside the line.

Bahrain’s Turn 4 was one particular area of concern on the weekend.

As found by Reddit user RiggyBiggy, via the Telegraph, Hamilton left the track limits almost 30 times during the race.

Drivers had initially been told that they would not be punished for doing so ahead of the season opener, but that changed after first practice.

Race stewards’ guidelines stated that ‘cutting behind the red and white kerb’ would lead to punishment, and Hamilton duly remained inside the line for the qualifying lap that put him second on the grid.

During the race, he faced no punishment for continuing to run off-line before being reined in by his Mercedes bosses.

He replied over team radio: “I thought there were no track limits. I have been doing the same thing all race.”

Neither driver exceeded the Turn 4 limit in qualifying, with clear instruction it would lead to their lap time being deletedCredit: YouTube / F1 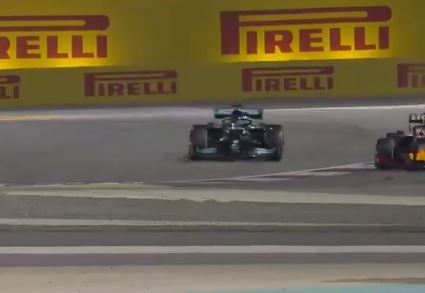 Verstappen was well wide of Hamilton as he took the lead 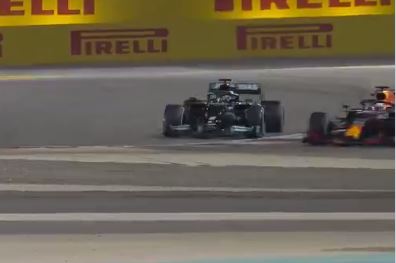 The Dutchman hunted Hamilton down for their incredible late duel for the lead.

Finally catching up on lap 53, Verstappen grabbed the lead at Turn 4 but clearly ran wide of the track limits in doing so, despite being given room by the Merc.

Overtaking while off the track is not allowed in F1, regardless of discussions over track limits, and Red Bull boss Christian Horner told the new race leader to hand back the position.

Verstappen complied but initially questioned the call, as fans debated how Hamilton was allowed an advantage but his rival was not.

Had he not returned the position, a time penalty of five or ten seconds would have been dished out by the stewards.

At first, Verstappen felt he could have opened up such a gap but it would have taken a monumental effort – with the race chiefs also capable of handing down whatever punishment was necessary to ensure he did not win to fully deter future breaches.

The other question is whether the Red Bull ace would have won had Hamilton not gained the slight advantage every time he ran wide.

Ironically, the Brit later claimed to have benefited from the instruction to keep it on the track, as it helped save his aging tyres amid Verstappen’s pursuit.

Hamilton described the situation as ‘confusing’ and said: “Halfway through the race they basically changed their minds and all of a sudden you’re not allowed to go outside that white line.

“Which is fine for me, it’s actually I think faster in the end for me, and helped me look after my tyres, actually. So I’m grateful for the call.”

And Verstappen added: “In qualifying, of course, it was not allowed, your lap time got deleted.

“And so I don’t know how it got to the point where people were doing it without getting warnings.

“But at the end of the day when I was fighting Lewis, I went outside of the track limits. I think quite quickly the race director was onto us to tell me to give the position back, so that’s exactly what I did.”

FIA race director Michael Masi later insisted that rules did not change halfway through and that few drivers broke the limits.

But Horner said: “It was frustrating. We could see as soon as Mercedes started to push they just used that part of the track.

“We questioned with Race Control that if that’s the case, can we do it? In a nip and tuck battle, there’s a two-tenths advantage using that part of the circuit.

You can’t say it’s okay to use it in the race, but you can’t overtake out there; it should be black or white, it shouldn’t be shaded grey.

“Obviously Max ran wide on the pass there, which had been made clear before the race that if someone got an advantage by going out there, they’d have to give it back. He did that immediately, the team instructed him to do it following Race Control instructing us.

“With these track limit things, they’re always going to be contentious. But we do need to just have a consistent situation.

“You can’t say it’s okay to use it in the race, but you can’t overtake out there; it should be black or white, it shouldn’t be shaded grey.”

Couple, both 21, forced to live in shed after struggling to find work during pandemic