BEN LAUGHLIN took a contender for the greatest T20 catch of all time with his incredible ‘Superman’ effort in the Big Bash.

The Brisbane Heat star, 38, pulled off his heroics during the Eliminator match against Adelaide Strikers at The Gabba. 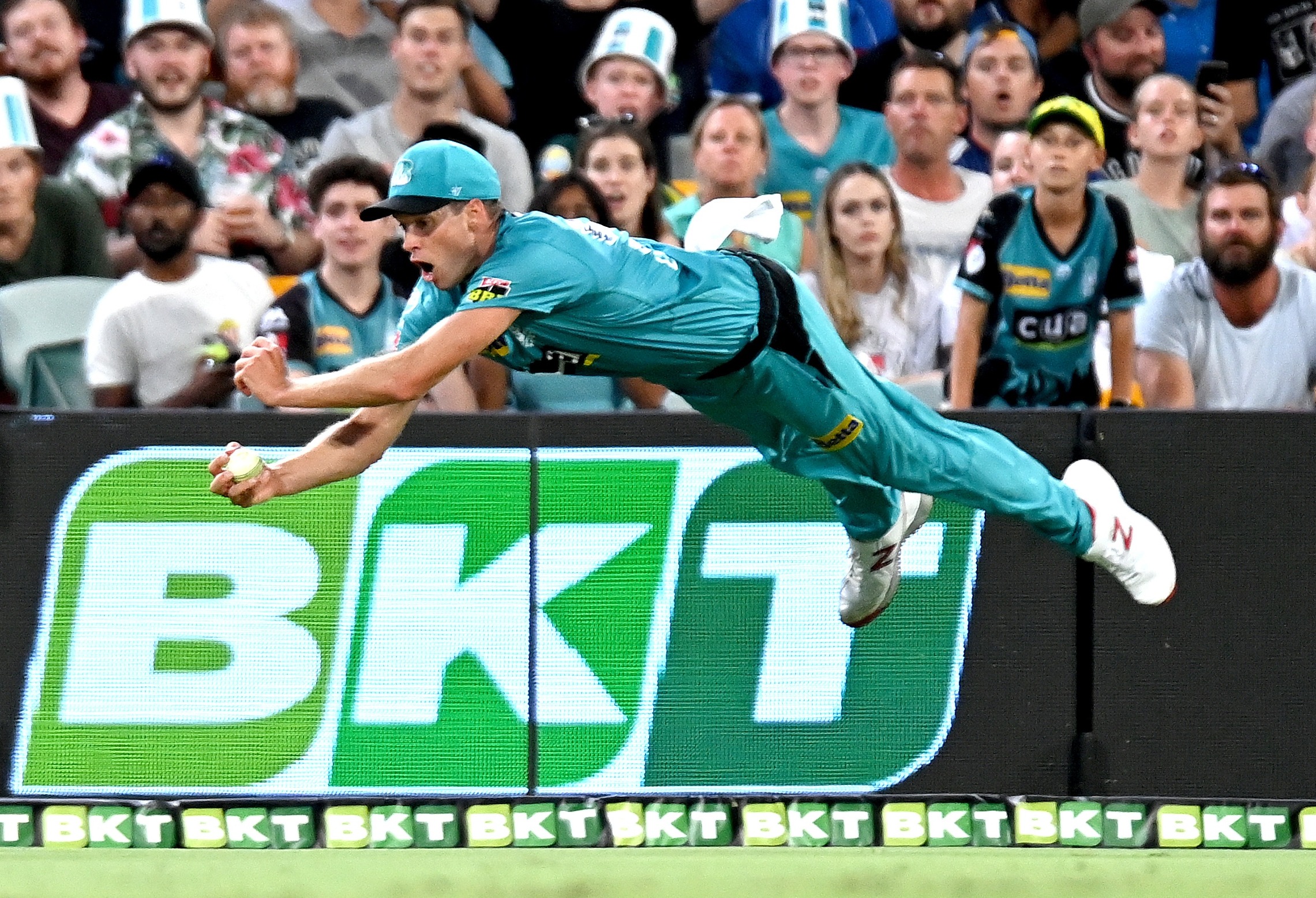 The batsman appeared to get away with it, though, as the ball went high up into the air but was falling short of the cow corner boundary.

Veteran Laughlin had other ideas, though, as he sprinted across the long-on to dive across and nail the one-handed catch while horizontal in mid-air.

Laughlin’s team-mates and those inside the famous ground were in awe of the spectacular catch.

Ashes hero Labuschagne said: “I was a bit nervous- it didn’t look like he was moving too quick and then he pulled out the Stone Cold ‘Stunner’.”

Former Aussie ‘keeper Adam Gilchrist added: “That might be, if not the best of this season, one of the best ever in the competition.

“My god, that’s good. That’s going to get better and better the more you watch this.”

And Mark Waugh lauded it as ‘up there with the best of all time’.

Fans on Twitter also heaped praise on the Australian’s sensational piece of fielding.

One said: “This is pure passion, determination and hard work. He is 38 and you generally don’t expect such efforts at this point of time. Cricket at its very best.”

Another wrote: “Wow best catch I’ve seen in a long while!”

And a third added: “Goodness me… Unbelievable stuff”

But a few party poopers shared screenshots suggesting the ball had touched the ground while Laughlin was still sliding, making the catch invalid.

Labuschagne finished with figures of 3-13 off just three overs as Heat restricted Strikers to 130-7 from their 20 overs.

And Heat raced to 131-4 with seven balls to spare to win by six wickets and book their spot in Sunday’s BBL play-off against Sydney Thunder. 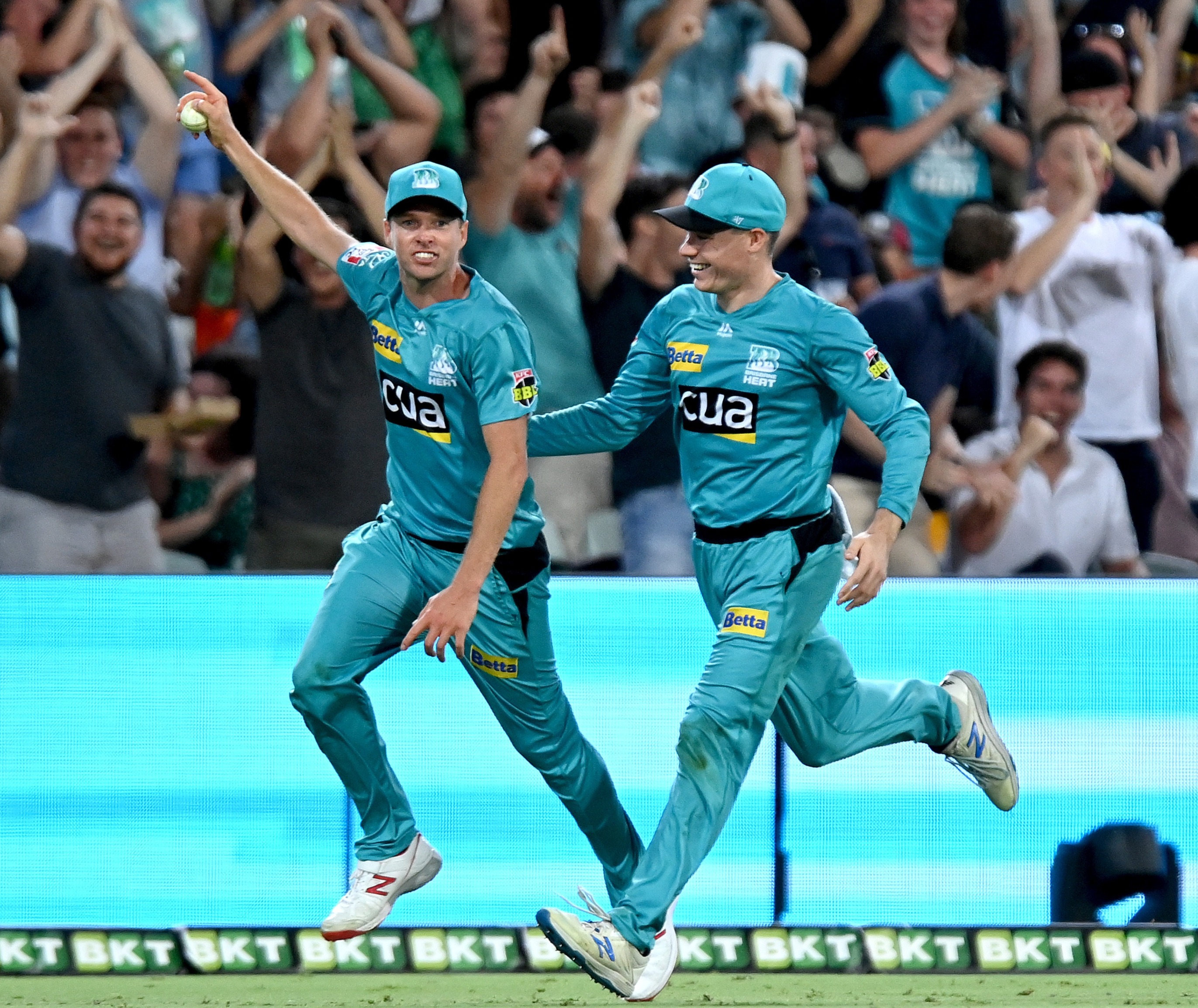 Laughlin ran around the pitch with the ball still in his right handCredit: Getty Images – Getty 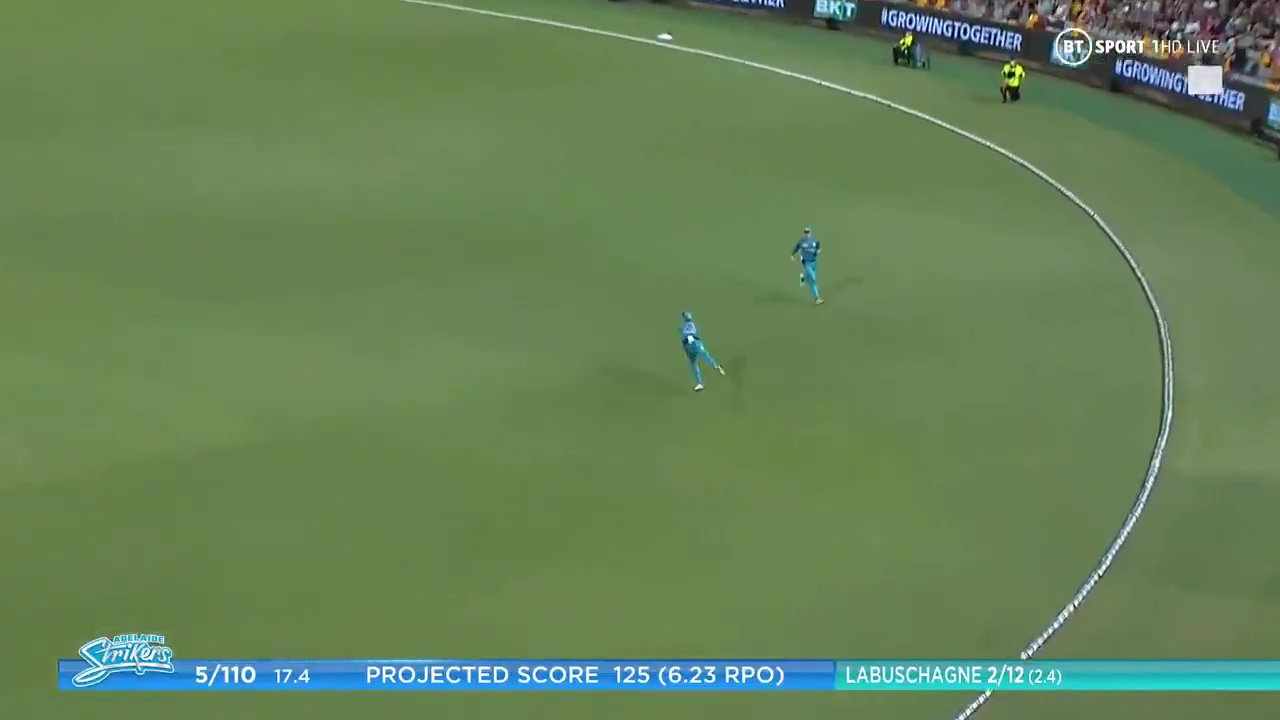 The veteran sprinted across from long-on to get cut it off at cow cornerCredit: BT Sport 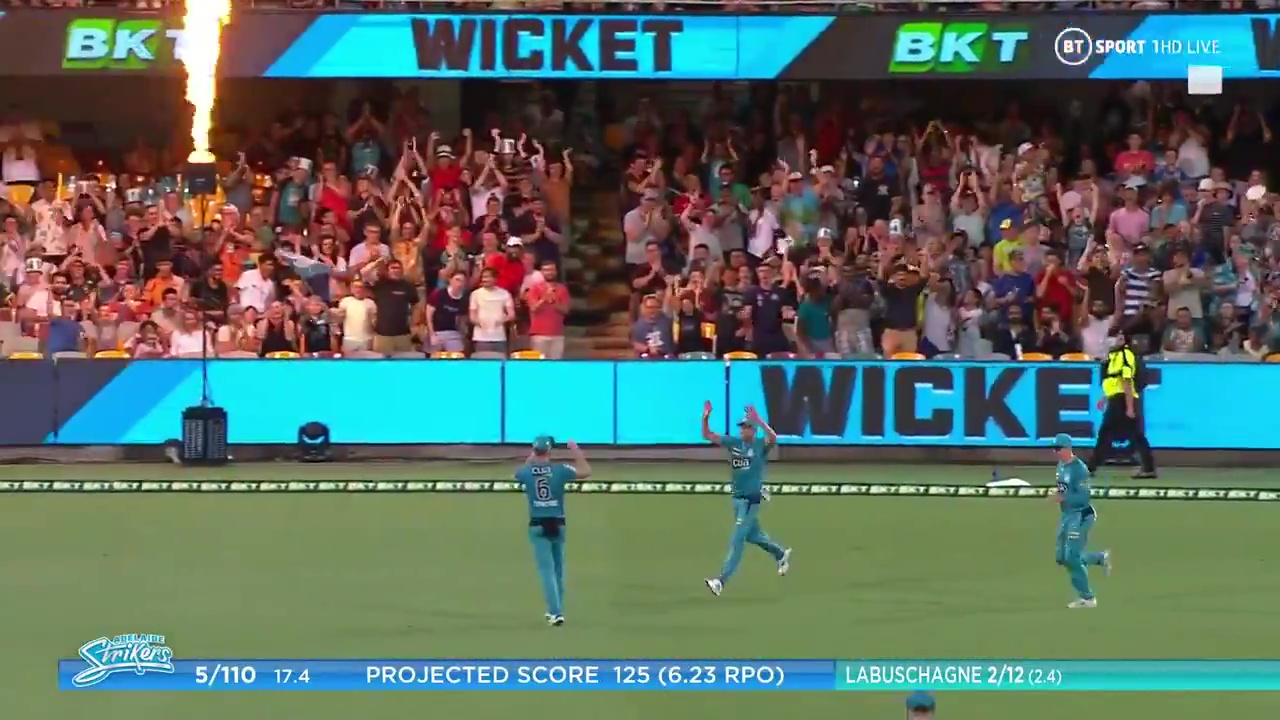 The crowd inside The Gabba celebrated the phenomenal piece of fielding wildlyCredit: BT Sport 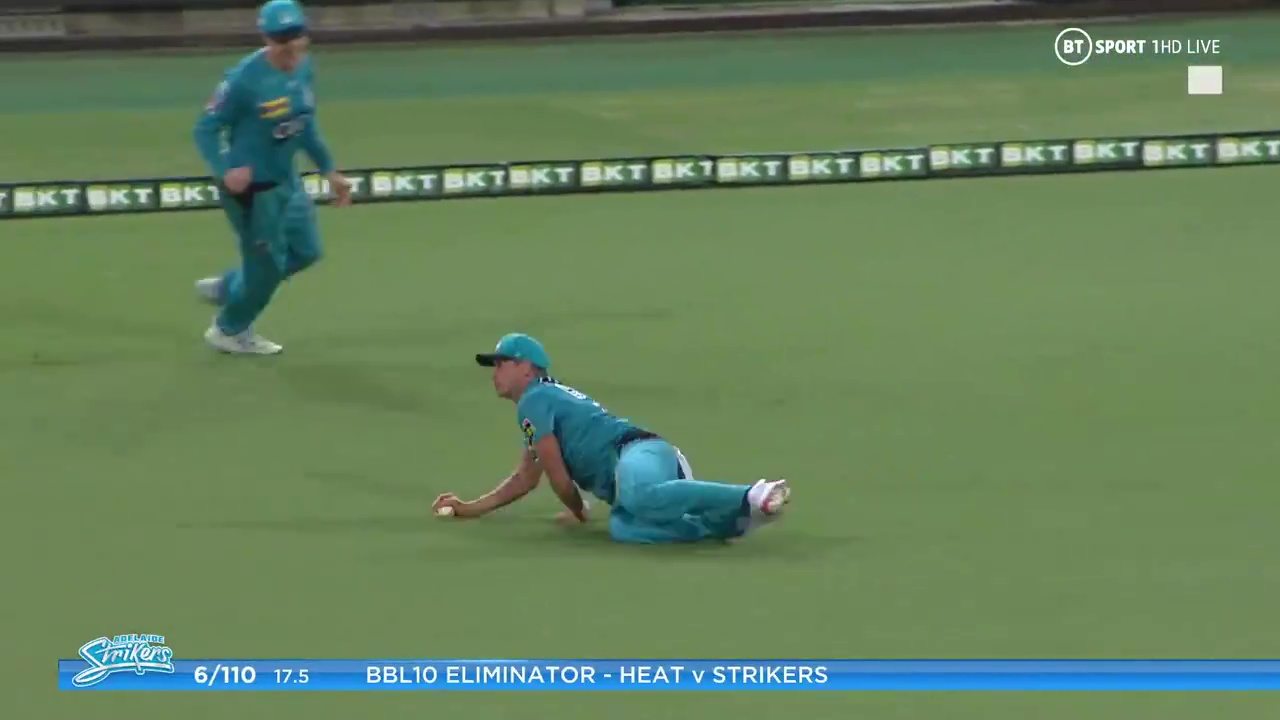 There was a suggestion the catch should not have counted if the ball touched the ground during Laughlin’s slideCredit: BT Sport