JOFRA ARCHER and Jason Roy were the stars as England destroyed India by an incredible eight wickets in the first T20 match.

Archer bowled with pace and skill and took three wickets while opener Roy ended a lean period with an innings of 49 – his highest international score since February 2020. 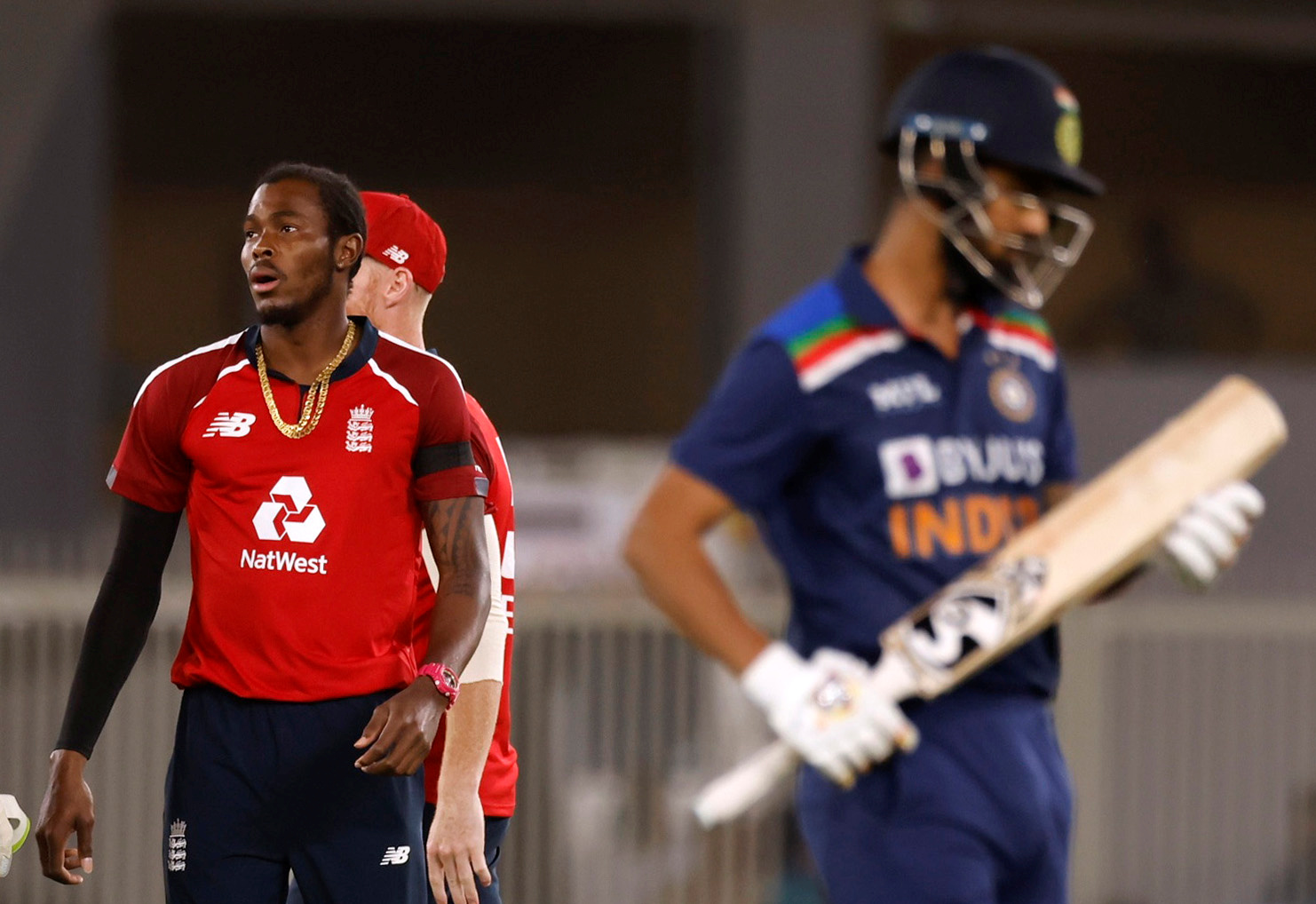 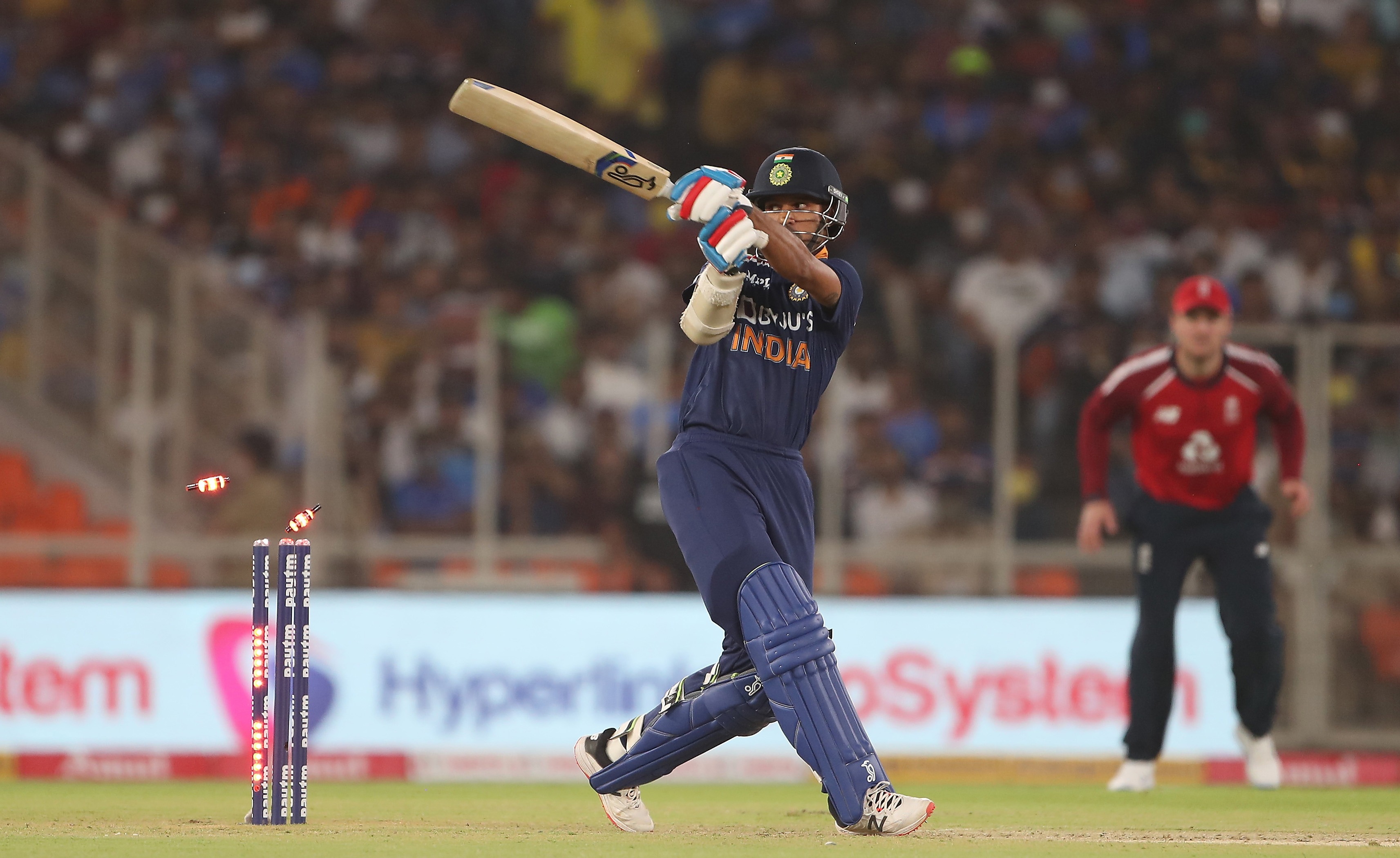 With captain Eoin Morgan springing the odd tactical surprise, England bowled and fielded with brilliant ruthlessness and restricted India to just 124-7 in 20 overs.

The result was never in doubt after that and England cantered to their modest target in just 15.3 overs.

It was the perfect start to their serious build-up to the Twenty20 World Cup – which will be played in India in October and November.

But the conditions were different from what they might expect later in the year because the pitch at the 110,000-seater stadium in Ahmedabad was quick and bouncy. The official crowd figure for this match was 67,200.

What a contrast from the rank turners on which India ambushed England in the final two matches of the recent Test series on the same square.

He handed the ball to wrist-spinner Adil Rashid for the first over of the match – the first time he has ever opened the bowling for England.

Rashid immediately started suffocating runs and then Archer struck with his second ball as K.L Rahul dragged on to his stumps. 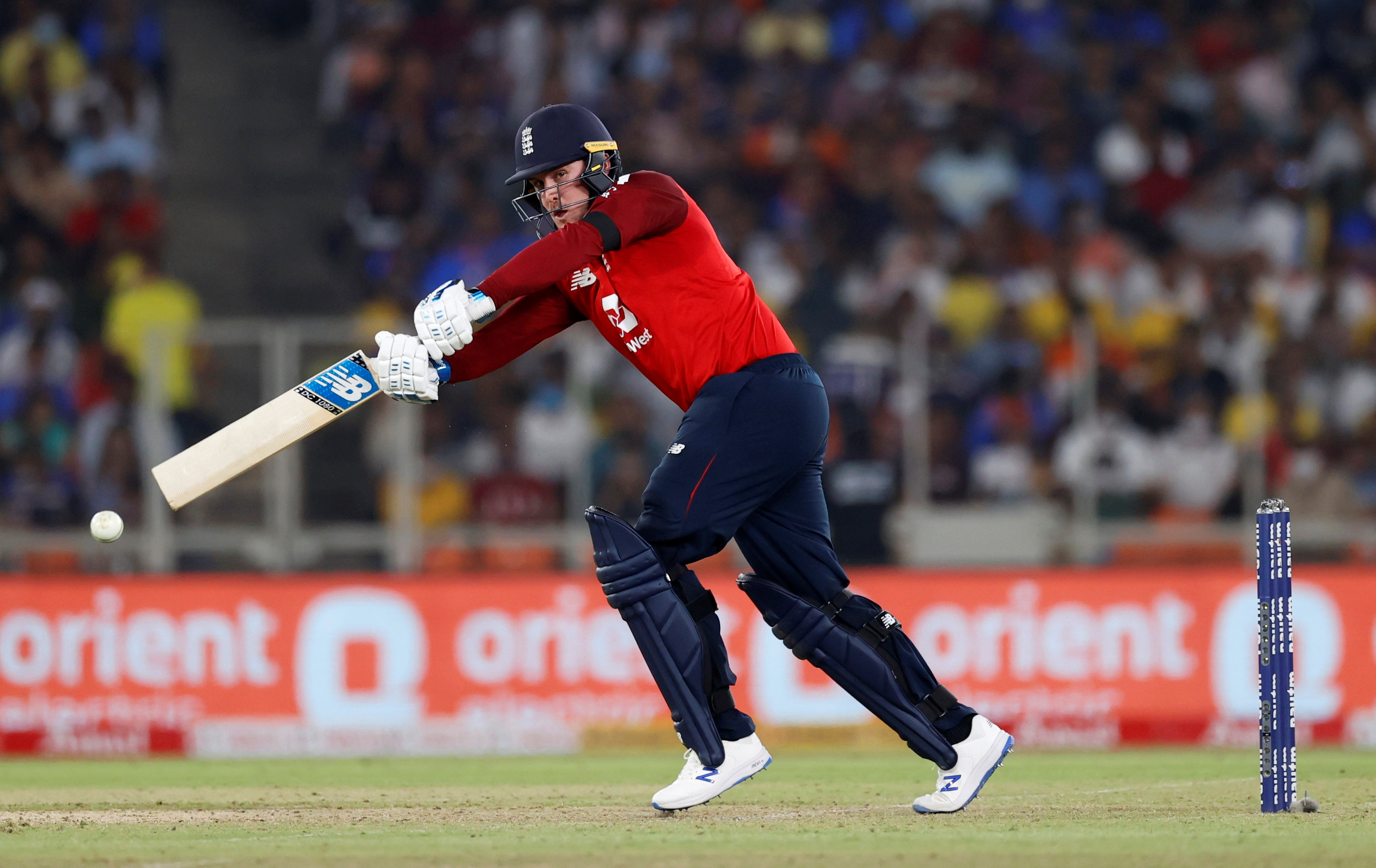 Jason Roy eases one through the leg-side during his match-winning inningsCredit: Reuters 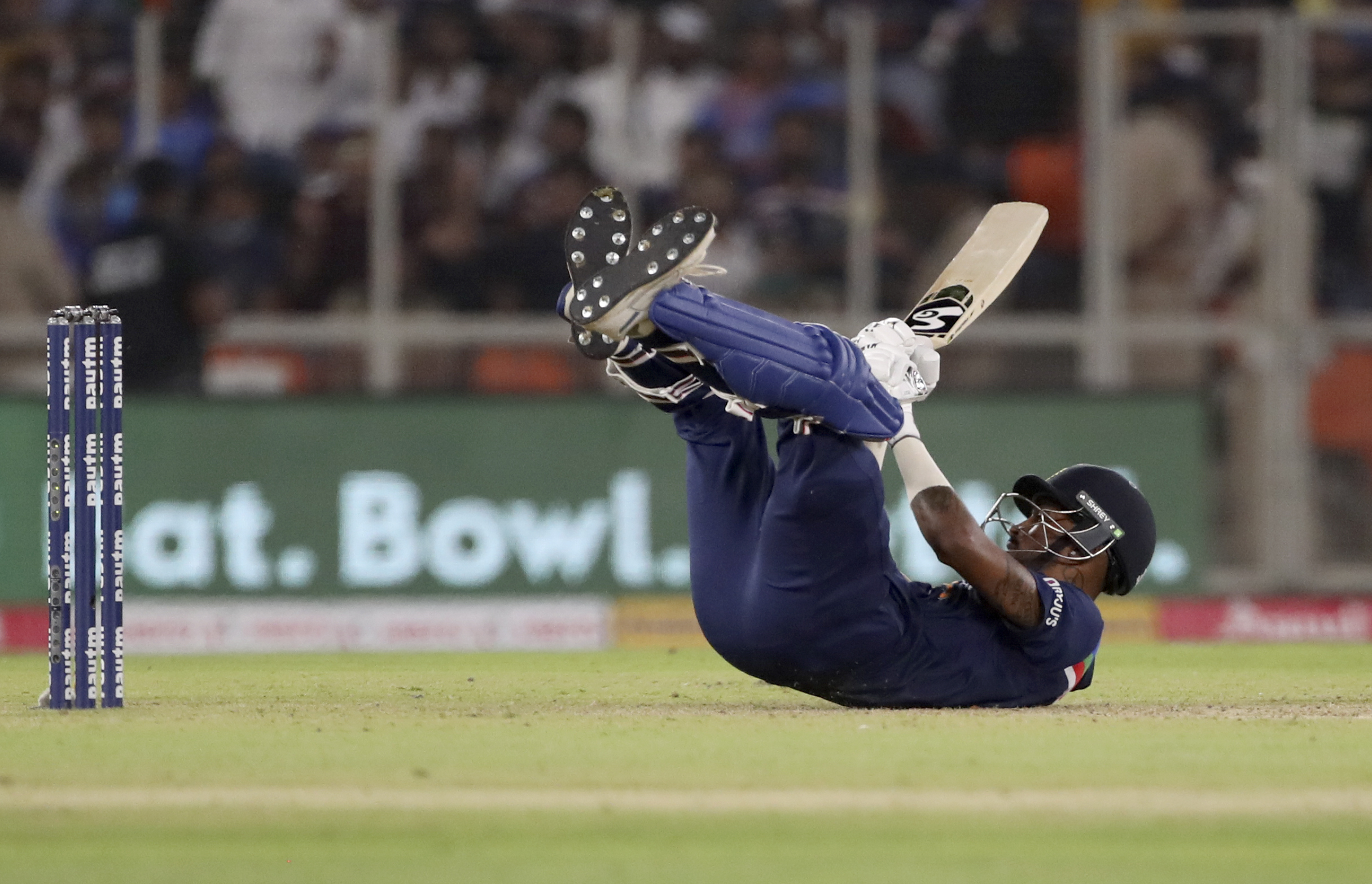 India’s Hardik Pandya on the deck after losing his balanceCredit: AP:Associated Press

In the next over, Virat Kohli mis-hit Rashid to mid-off. Incredibly, India’s captain and master batsman registered his third duck in his last five innings.

Shikhar Dhawan made just four from 12 balls before being bowled by Mark Wood, who was hurling them down even faster than Archer. India finished the six-over powerplay in disarray at 22-3.

Rishabh Pant played an incredible reverse flip for six off one of Archer’s 90mph thunderbolts but then chipped Ben Stokes to deep square leg.

Archer took two wickets in two balls – a brace of good catches by Chris Jordan and Dawid Malan – and again showed his value to England in the T20 format. 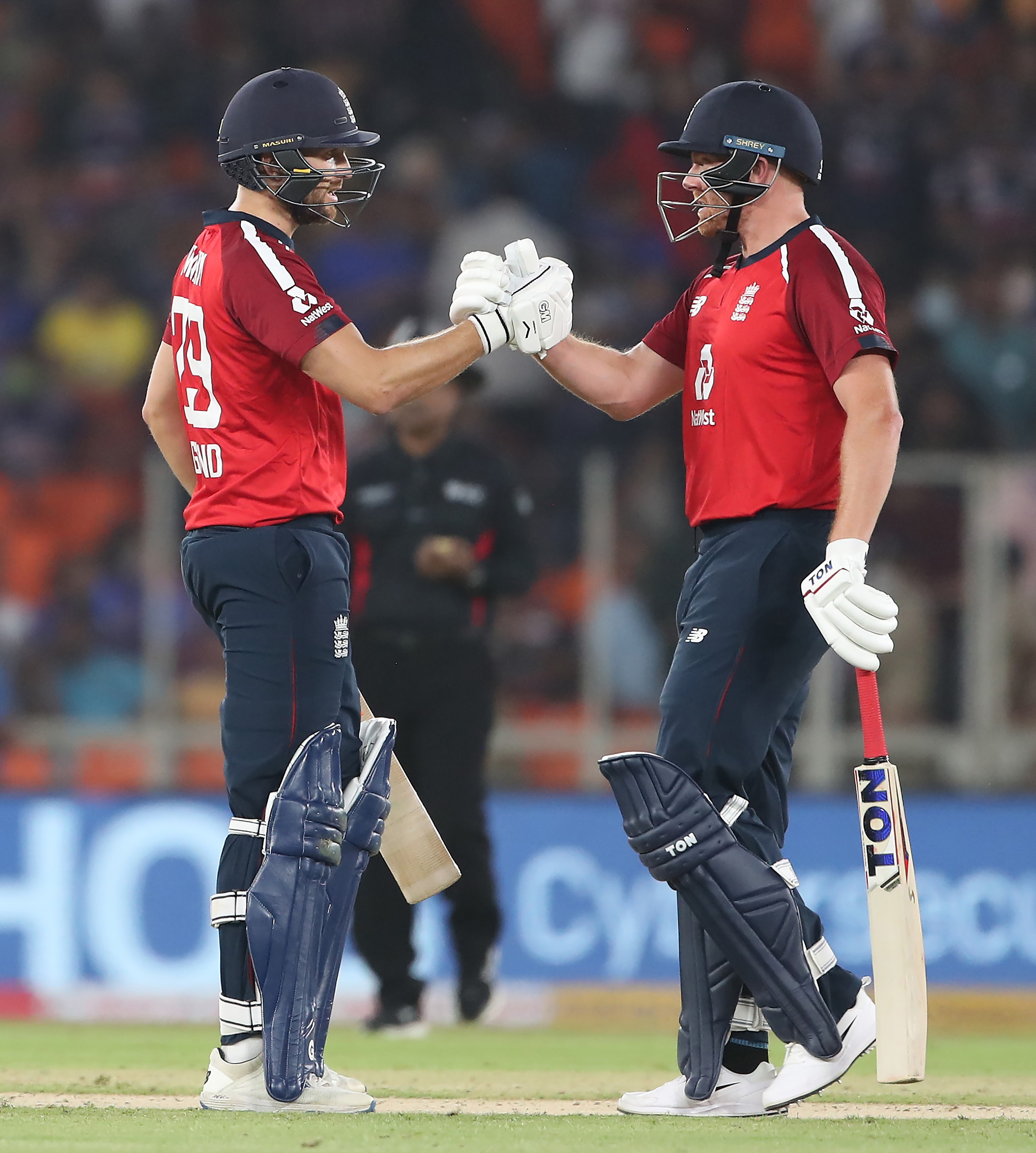 He still looks happier with a white ball but, having missed nine of England’s last 15 Test matches, he does not get too many chances to show his talent with a red ball.

Morgan said: “One of Jofra’s strengths is that he can bowl really fast and Mark Wood’s super strength is that he bowls fast.

“I couldn’t have asked for more, particularly in the bowling department. Our plans were basic – hit a good length and bowl straight.”

Shreyas Iyer scored more than half of India’s runs before being held on the run by Malan at deep square leg.

All England’s bowlers were impressive – but particularly Archer, Rashid and Wood.

Roy and Jos Buttler did not hang around propelling England to their small target and put on 72 for the first wicket in eight overs.

Both were lbw but Jonny Bairstow, who registered three ducks in four innings in the Test series, and Malan completed the job.

Bairstow upset Indian spinner Washington Sundar near the end when Malan chipped back the ball and non-striker Bairstow got in the way of the bowler’s attempt to hold the return catch.

Bairstow did nothing wrong – he simply held his ground and the ball hit him on the helmet.