WHEN a team slumps to 14-6 at Lord’s, it is a surprise to discover that England men’s top-order batters are not involved.

This time, it was Southern Brave women and their catastrophic collapse handed the inaugural Hundred title to Oval Invincibles.

The Oval Invincibles are the first team to lift the Hundred trophyCredit: Getty 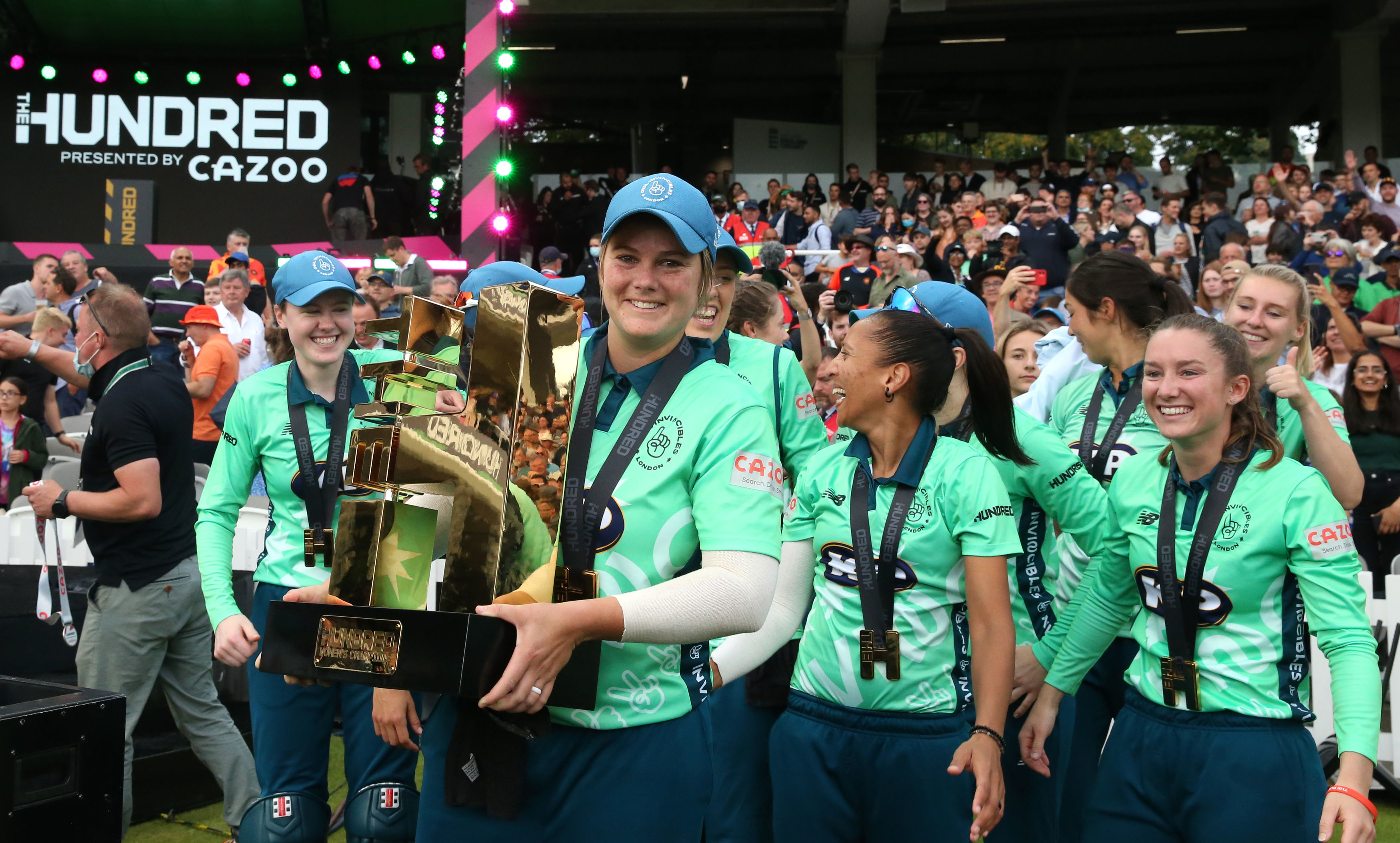 Dane van Niekerk poses for a picture with the trophyCredit: PA 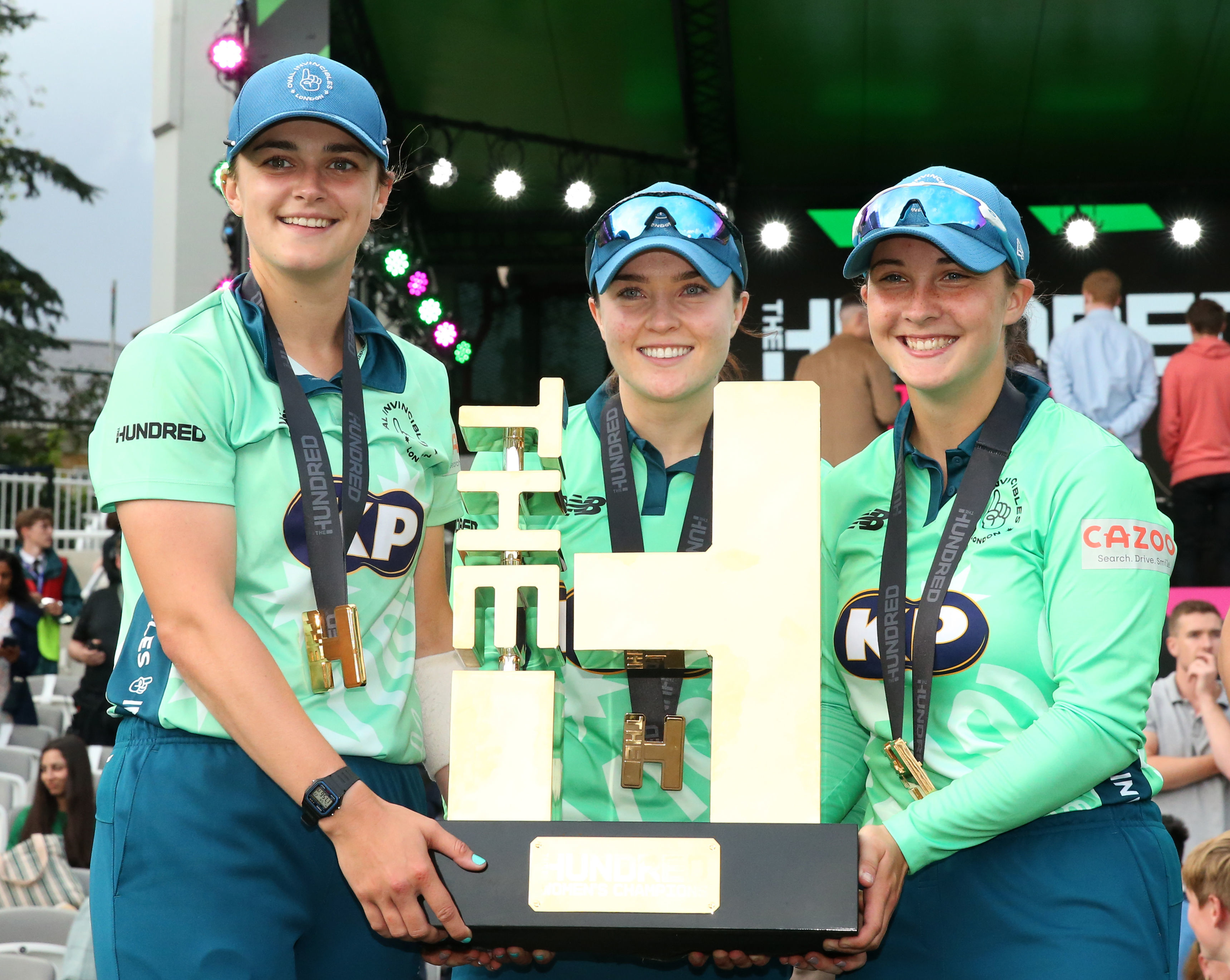 The Brave had been the best and most consistent team throughout the tournament but they suffered a severe case of big day blunders.

Two runs for three wickets became 11-5 and 14-6 and this was the kind of one-sided damp squib the organisers were dreading for the women’s final.

The Brave managed to extend their total to 73 all out as the Invincibles won by 48 runs.

Around 8,000 were in the ground when the match started and this swelled to an official attendance figure later in the game of 17,116 – the highest for a non-international women’s match in this country.

Earlier, Kapp also starred with the bat with a cameo of 26 from 14 balls. She had scored useful runs and taken three wickets, too, in the Invincibles’ victory over Birmingham Phoenix in the eliminator – effectively a semi-final – at the Oval on Friday.

Kapp, who is married to Invincibles captain Dane van Niekerk, said: “I believed that whoever won on Friday would win today. It shows what a brilliant team we have. The ball moved quite a bit and I knew that, if I stuck to my strengths, I’d get a few wickets.”

And van Niekerk added:  “I don’t have words. It’s a childhood dream to play a final at Lord’s. I told Marizanne last night that she always steps up on the big stage – I’m really proud of her.”

What is a Blue Moon and when is the next one? – The Sun