JOFRA ARCHER is a growing worry for next winter’s Ashes series because his elbow injury keeps flaring up.

Fast bowler Archer flew home from India on Sunday and faces an anxious wait in the coming days as medics try to diagnose the problem. 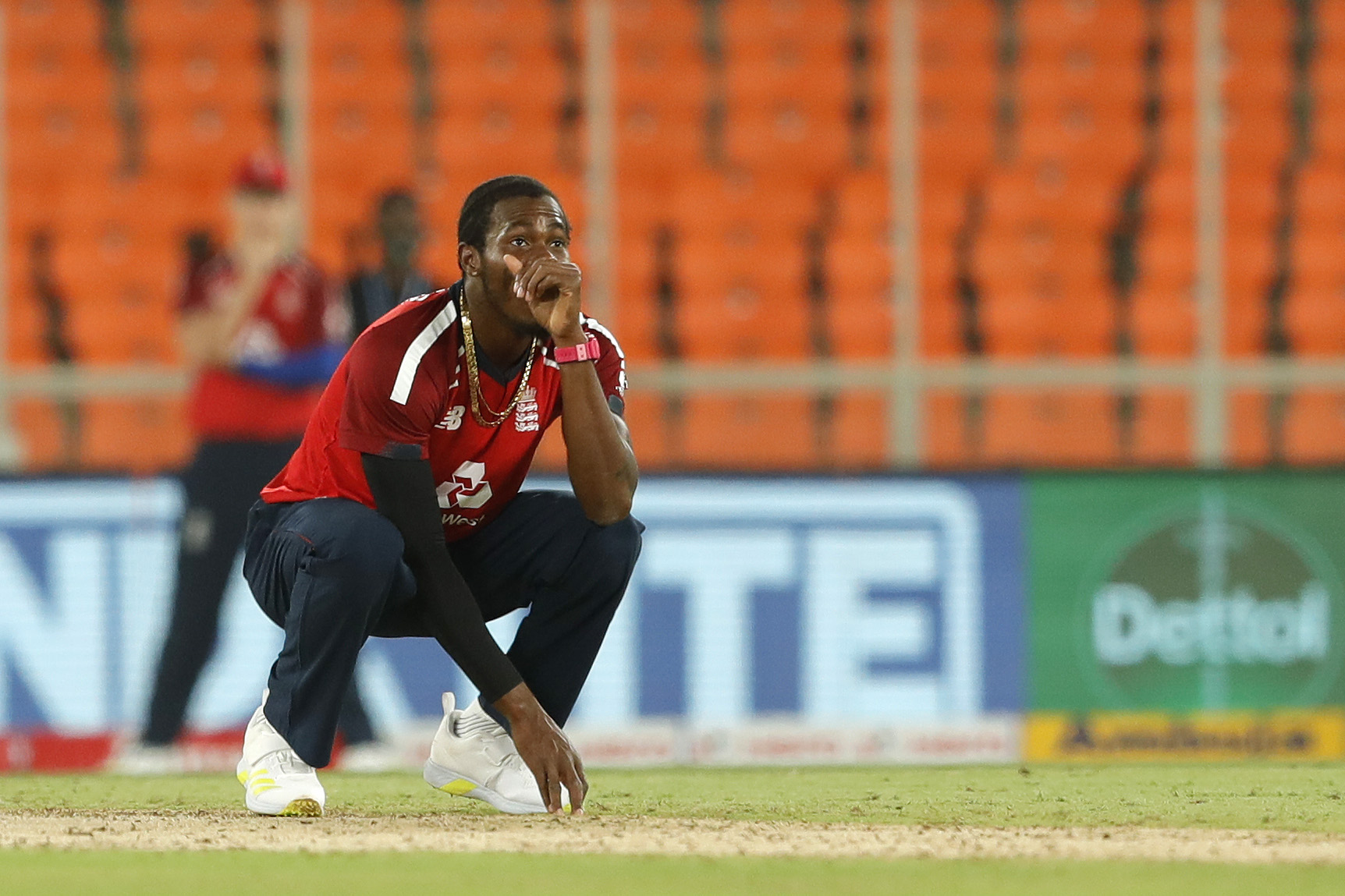 He will miss the three one-dayers against India starting Tuesday and some – and probably all – of the Indian Premier League.

Archer is expected to have an injection in the joint with surgery understood to be a last resort.

The injury first ruled Archer out of a Test match in January 2020 and he has missed nine of England’s last 15 Tests – mainly because of injury but also due to rotation and for once breaking Covid rules.

His problem has hung around for so long that there is no guarantee Archer’s elbow will be 100 per cent for the Twenty20 World Cup in October and, especially, the Ashes in December.

Captain Joe Root and head coach Chris Silverwood have stated that high pace – of which Archer is a key exponent – is fundamental to England’s chances of beating Australia.

“We’ll make sure Jofra has every resource to find out what’s going on and hopefully get him back fighting fit in the future for England.

“He’s going to miss the early stages of the IPL but we’ll be led by the medics on where we go from there.

“It’s not technically the same problem in the elbow as he had before. But the important thing is that we get it cleared up. He’ll see the specialist and we’ll make sure everything is in place for Jofra to have a long and successful career for England in all formats.”

England have the final decision on whether their players can appear in the IPL and normally  say ‘yes’ because they know they can’t deprive stars of the big bucks on offer. England also insist playing in the IPL alongside the best in the world enhances players’ skills and confidence.

Silverwood added: “It was a joint decision to miss the start of the IPL. He needs to get this right and that will take some time. We’ve made some space to make sure he has the best chance of being successful for England.

England’s squad for the ODIs is made up from those who played in the T20s – so there is no return to India for 50-over regulars Joe Root and Chris Woakes.

Moeen Ali, who missed the final two Tests against India in order to rest for the T20s but then did not play, will surely get an opportunity.

Silverwood insisted Moeen’s absence from the five-match T20 series was because the pitches did not offer the spin England were expecting.