JOE ROOT took his historic hundred to the huge score of 218 as England continued to dominate the First Test.

Captain Root became the first man in history to score a double century in his 100th Test match. 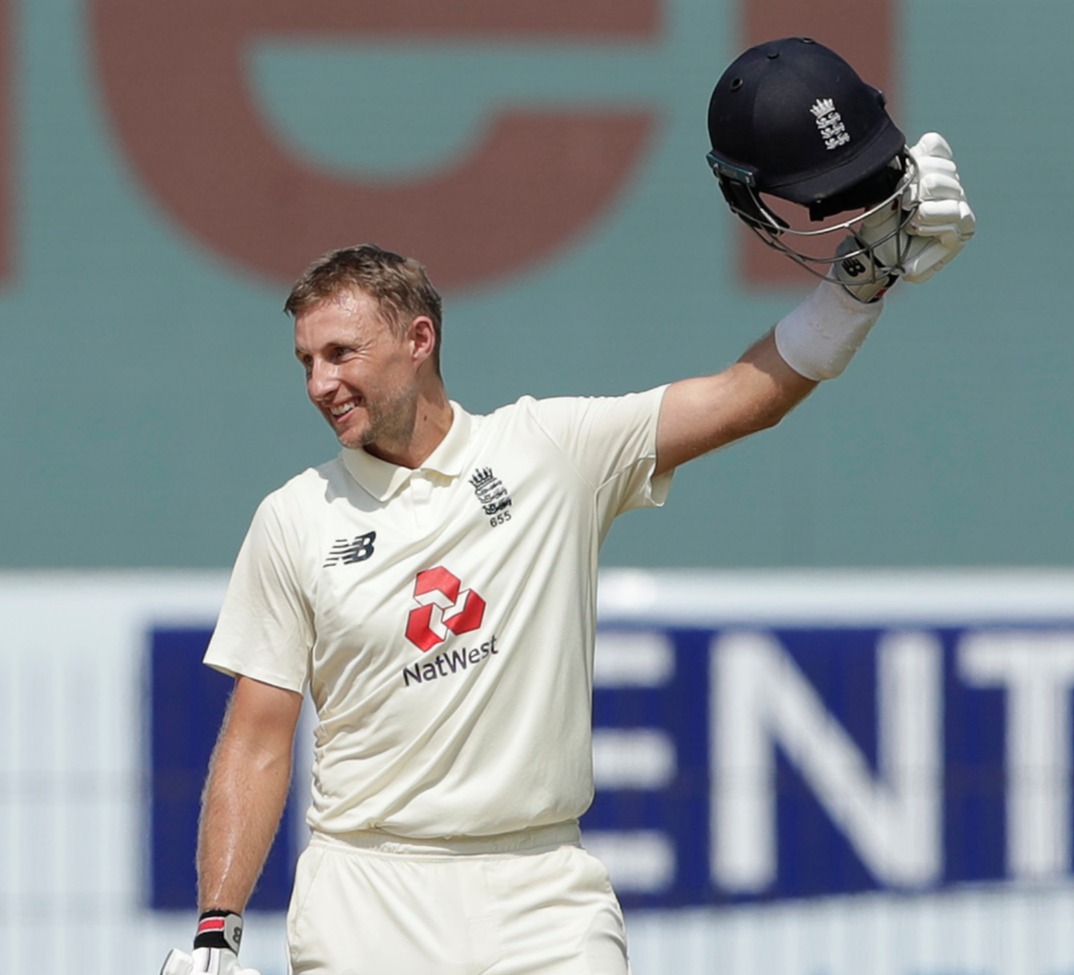 Joe Root reached his double hundred on another dominant day for England in ChennaiCredit: BCCI

With Ben Stokes contributing a lively 82 runs from 118 balls, England reached 555-8 by the close of day two against India in Chennai.

Root did not quite recapture his fluency of the first day but he ground on and on, determined to take advantage of his prolific form and not give away his wicket.

He went past 200 with a juicy hit for six over long-on – the first England batsman ever to pass that milestone with a six.

And, when he was finally out lbw, Root struggled to disguise his disappointment. He wanted even more runs.

It takes his aggregate to 644 Test runs in just three matches since the start of the year.

Root is the seventh player to make scores of 150-plus in three consecutive Tests and only the legendary Aussie run machine Don Bradman did it while captain. Another legend of the inter-War years, Wally Hammond, is the only man to do it for England.

When he reached 215, Root went past the Test career runs total of Alec Stewart and is now in third place behind Sir Alastair Cook and Graham Gooch. Root started 2021 in eighth place on the list.

Stokes, starting his innings from scratch because Dom Sibley was lbw to the final delivery of day one, looked to be aggressive almost from the start. 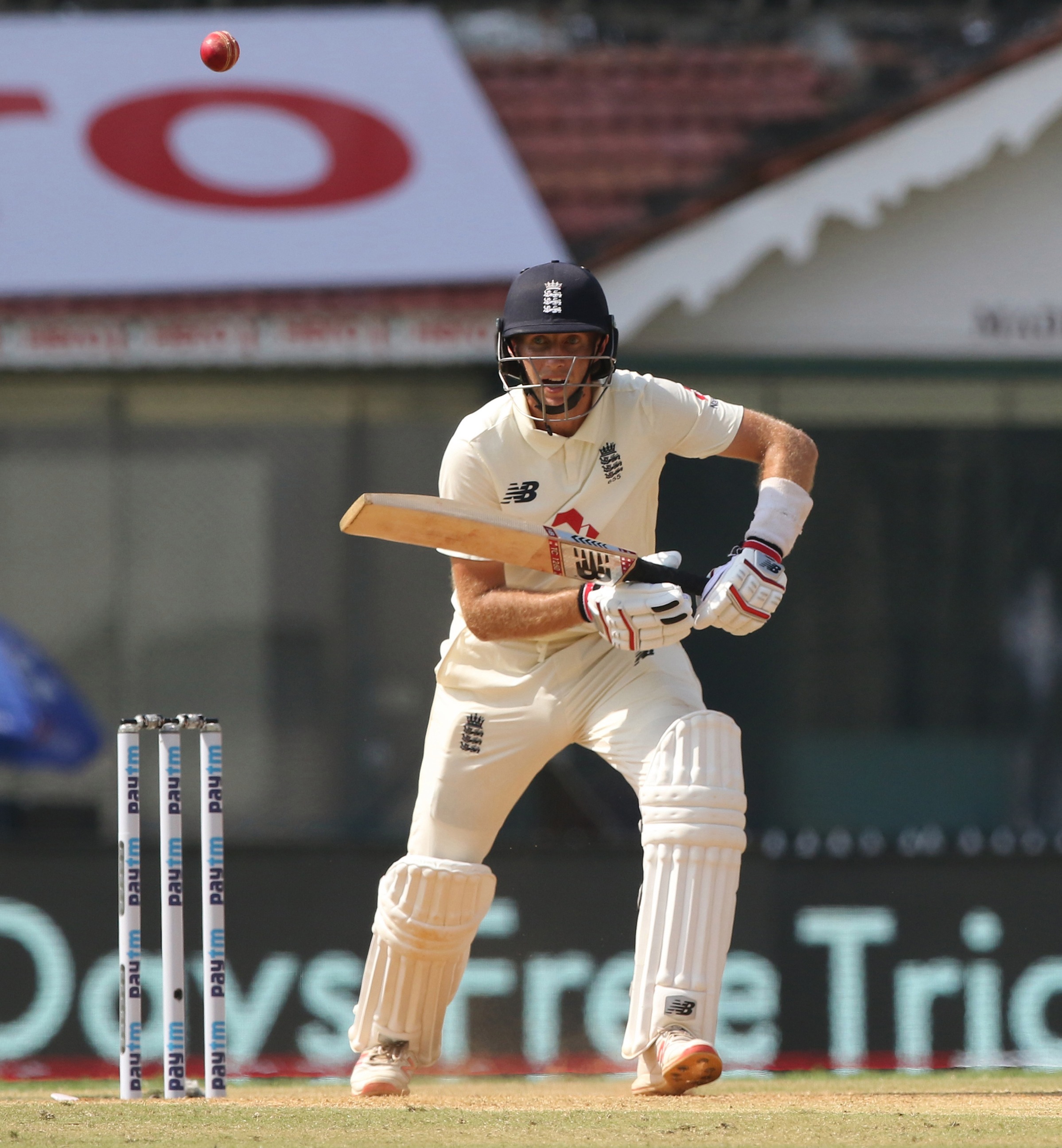 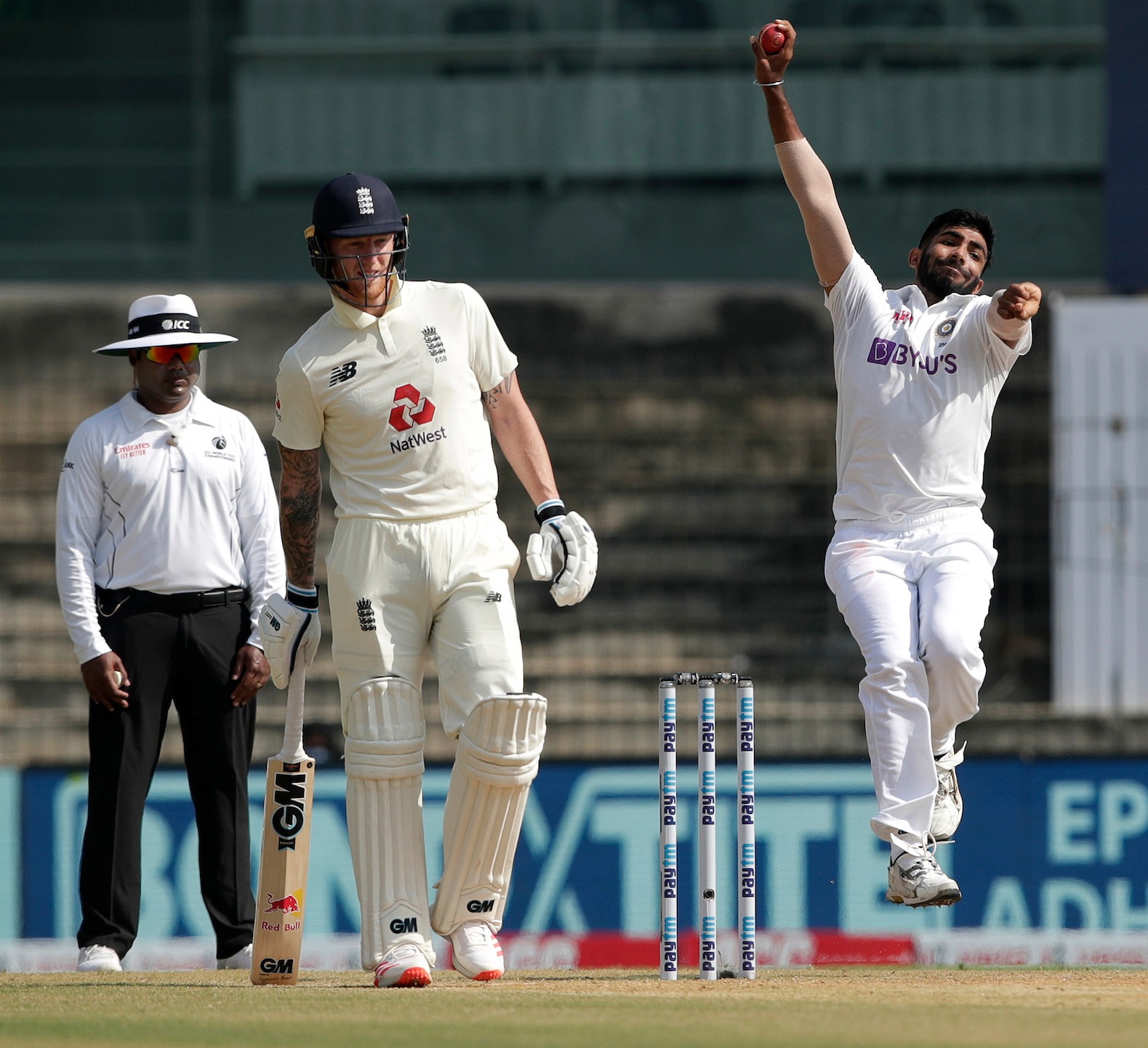 India’s bowlers toiled away on another long day in the fieldCredit: BCCI

He struck Ravichandran Ashwin for a straight six that appeared little more than an extension of a forward defensive shot.

He might have been out for 31 when a reverse sweep struck his glove but the ball dropped safely to the ground. India asked for a review for lbw – an error they would come to regret. Captain Virat Kohli also mistakenly consulted the third umpire for an lbw shout against Root on 147.

Stokes was dropped by Ashwin on 31 – a caught and bowled opportunity – and by Cheteshwar Pujara at mid-wicket on 32.

The Durham all-rounder employed the slog-sweep effectively before hitting one straight down the throat of deep square leg, although Pujara juggled the ball a couple of times before eventually hanging on.

The occasional delivery bounced or turned but the closest Root came to being dismissed was probably a run out chance fluffed by India when he had scored 151.

Ollie Pope made 34 in his first match since recovering from shoulder surgery but he and Root were lbw in successive overs.

Jos Buttler was caught behind off Washington Sundar for 18 but the umpire did not give it out and India had no reviews left. Buttler cover drove the next ball for four and took England’s total past 500.

Buttler was bowled by Ishant Sharma without offering a shot as reverse swing took the ball onto his stumps. Jofra Archer was also bowled for a golden duck and suddenly Ishant was on a hat-trick.

He bowled a no-ball which Jack Leach survived anyway.

Dom Bess was dropped by Rohit Sharma at mid-wicket – one of the biggest dollies you will ever see – and he and his spin twin mate Leach were still together at the close.