JIMMY ANDERSON is confident he can make the pink ball swing and help England beat India under lights.

Anderson has been under forensic observation over the past few days as England prepare for the Third Test against India on Wednesday. 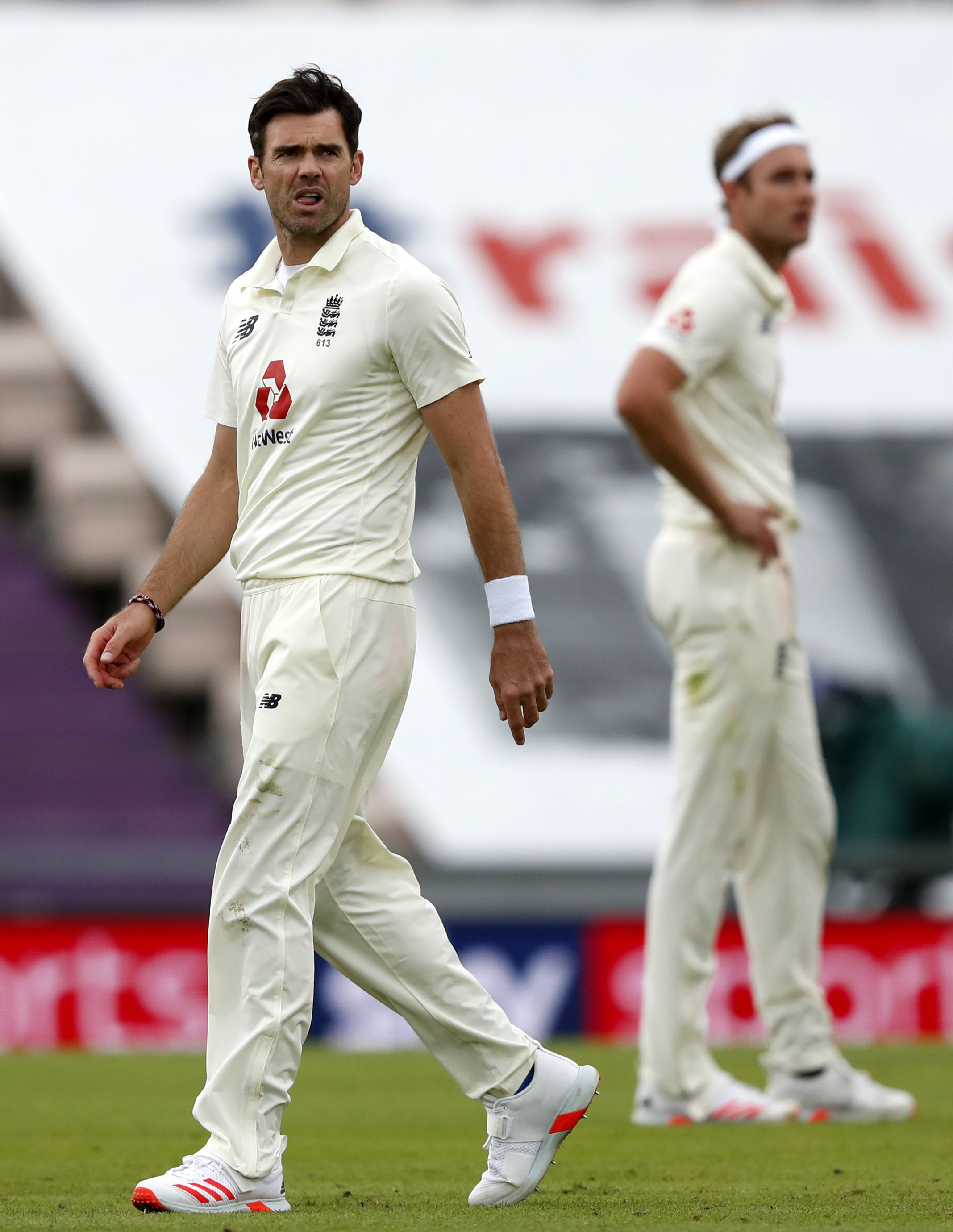 From captain Joe Root down, every member of the squad has watched Anderson closely to see whether he can coax the ball to swing and swerve through the air.

The verdict is that there is sufficient movement to encourage Anderson and England’s other quick bowlers.

After their trial by turn in the Second Test that levelled the series at 1-1, it might be the English virtues of swing and seam are the key factors.

Anderson, 38 said: “The pink ball is swinging a little, more than the red one. But until you get into a match situation, you don’t really know what it will do. I’ll be keeping my fingers crossed.

“At the minute, the pitch has grass on it but I’m pretty sure it won’t be there on match day.”

Batsman Zak Crawley said on Saturday that a swinging pink ball will play into England’s hands.

Naturally, Anderson does not want to put too much pressure on himself but Root and Co know this could be England’s big opportunity.

The pink ball is swinging a little, more than the red one. But until you get into a match situation, you don’t really know what it will do. I’ll be keeping my fingers crossed

Anderson added: “No pressure on the seamers then, Zak! Thanks, mate! But it potentially gives us an advantage. We have a little experience with the pink ball. But this is the second floodlit Test in India and the first in February.

“We don’t know how for sure it’s going to behave but we’re hopeful it gives us a bit of an edge.

“In practice, there’s not been a big difference in how it behaves under lights. The difficulty will be adjusting the eyes to different lights. Twilight can be a bit tricky. I caught some balls the other night and it was not easy to pick up at first.

“That’s been the case in all three pink ball Tests we’ve played – as the natural light fades and the floodlights take over, it takes some getting used to.

“I like day/night Tests. They add to the spectacle of Test cricket. For us old guys who don’t get to play white ball cricket any more, it’s a chance to play under lights which is always a bit special.”

Anderson was left out the Second Test despite bowling one of the all-time great overs and helping England win the series opener.

With Jofra Archer expected to be fit after an elbow problem and likely to replace Olly Stone, it could be that Anderson and Stuart Broad are re-united if England decide to play only one spinner.

But Anderson knows that, with England’s current policy of rest and rotation, the record-breaking pair might never play together again overseas.

He explained: “Yeah, that has definitely crossed my mind. Ideally, there will be times – a crucial game, perhaps – when they want our experience. All we can do try to stay in as good a shape as possible.

“I had mixed emotions about missing the Second Test after playing pretty well in the First Test. You have to look at the bigger picture, I guess. The idea was that, if I missed that one, it would give me the best chance of being fit and firing for this pink ball Test.

“So that’s where I am at the minute. I’m feeling good and fresh and ready to go again if called upon.”

Boris Johnson, we’re all bursting to go out