ENGLAND turned the Second Test upside down in the space of a few hours and completed a stunning six-wicket victory.

It gave Joe Root’s side a 2-0 series triumph and extended their sequence to five overseas Test wins on the trot. 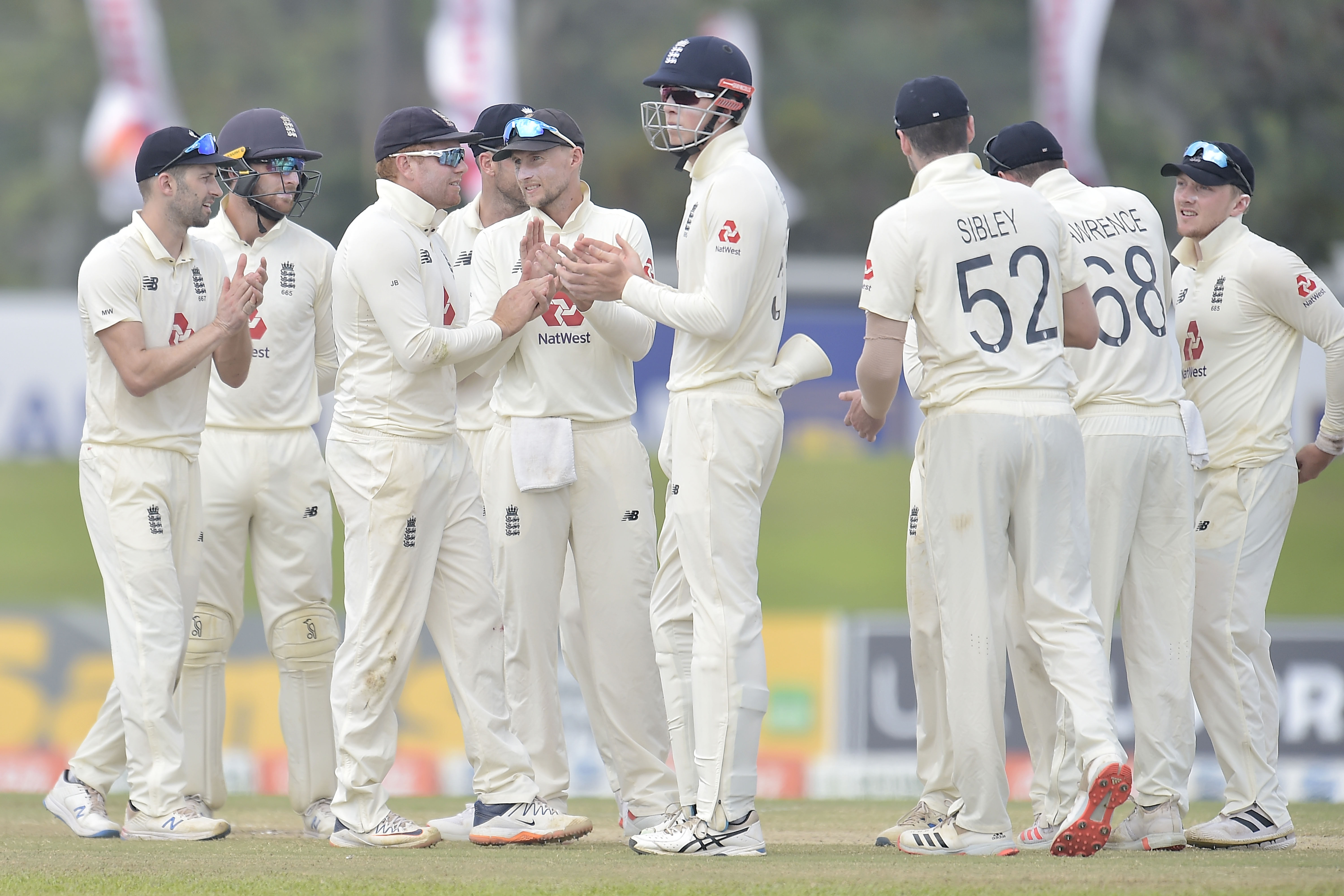 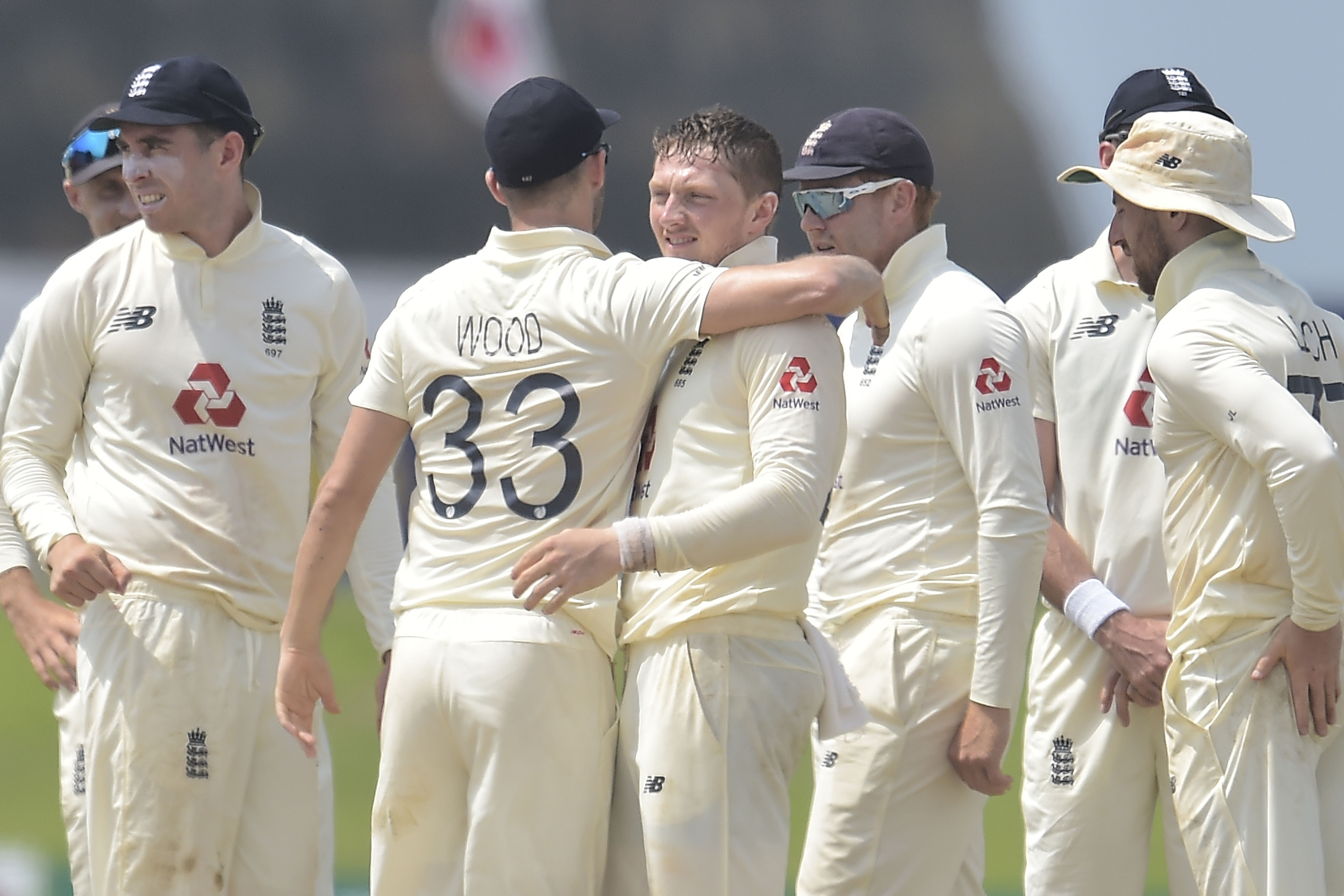 England’s spinners were too much for the hosts to handleCredit: Sri Lanka Cricket 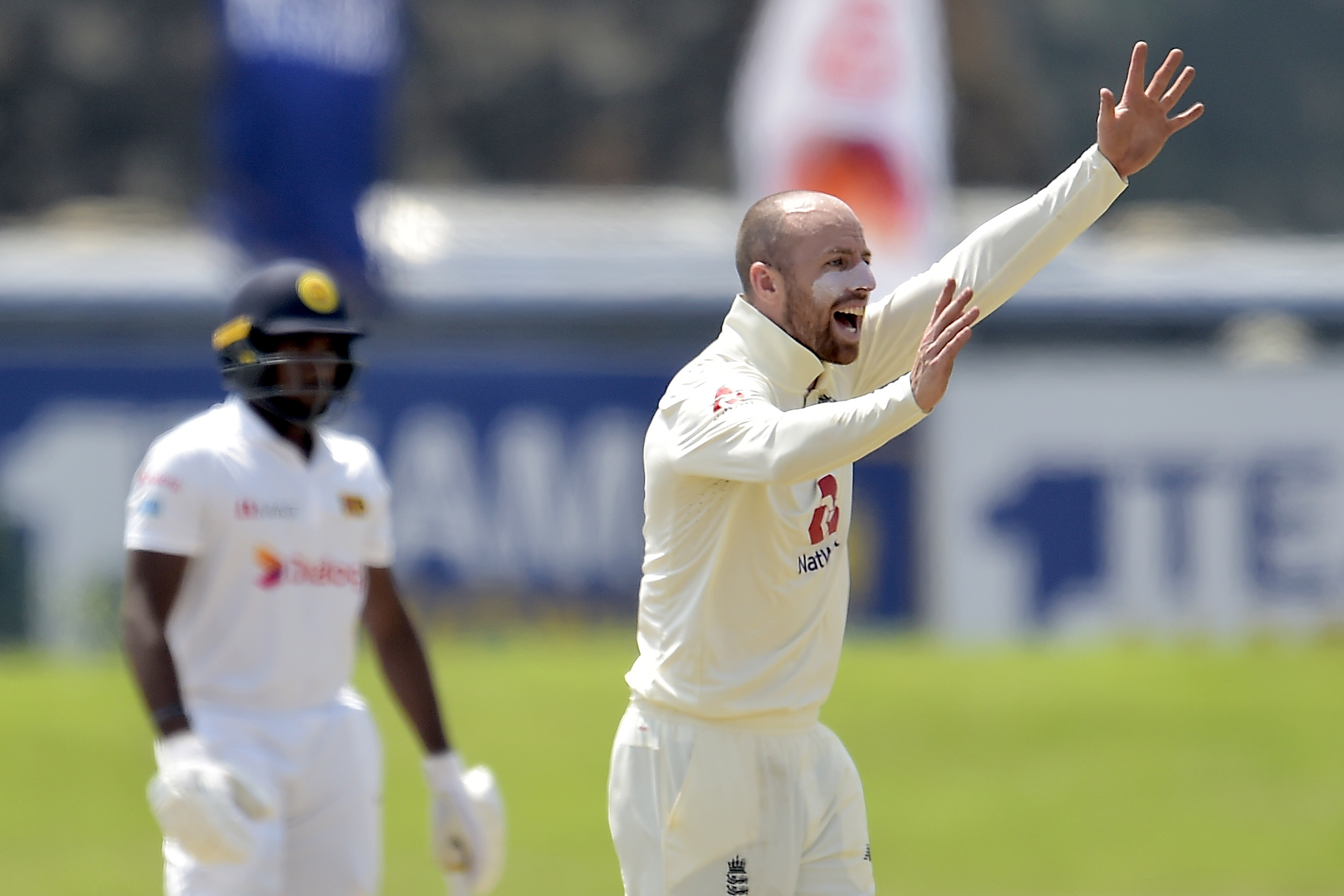 England have not done that since 1913-14 when they won seven in a row.

Dom Sibley, who had struggled so desperately in his previous innings, reached a half-century and anchored England’s journey to their target of 164.

But the damage was done by spinners Jack Leach and Dom Bess during a dramatic collapse by Sri Lanka in their second innings.

The home team subsided from 19-0 to 87-8 and finally 126 all out in an appalling display of batting. Sri Lanka might have had a first innings lead of 37 but they did their best to hand the match to England on a plate.

Even though Root was out for just 11, Sibley found support from Jonny Bairstow and Jos Buttler and England reached their objective with few alarms against Sri Lanka’s spinners with a day to spare.

It has been a fine effort by England, who won twice despite losing both tosses. Now they head for India for four Tests and a much more difficult challenge.

Sibley and Zak Crawley both reached double figures for the first time in the series but then Crawley was caught at second slip via the glove.

Bairstow played a frisky innings before being nailed lbw on the back foot. Root was bowled round his legs aiming one of his favourite sweep shots, with the ball brushing both his glove and leg. 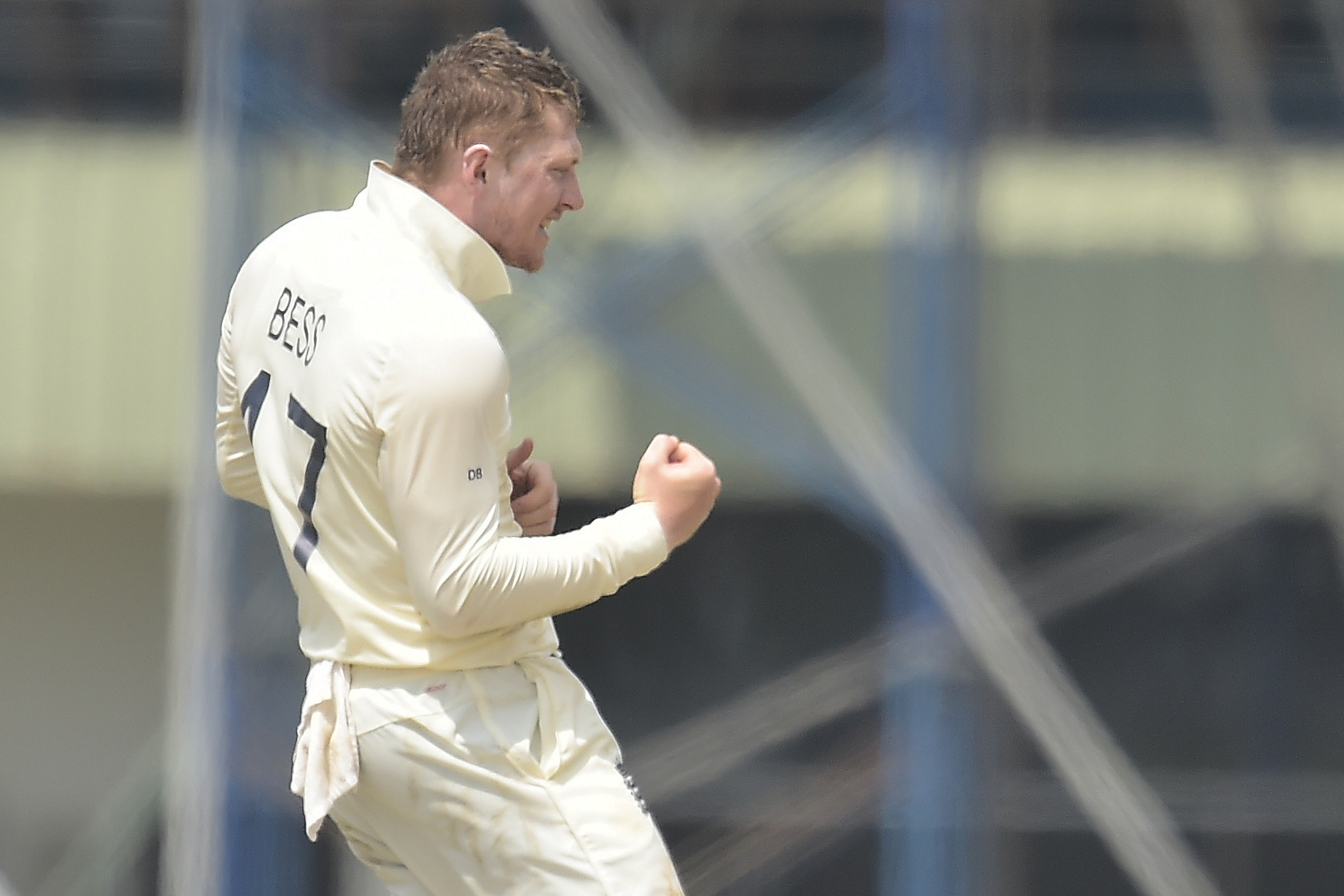 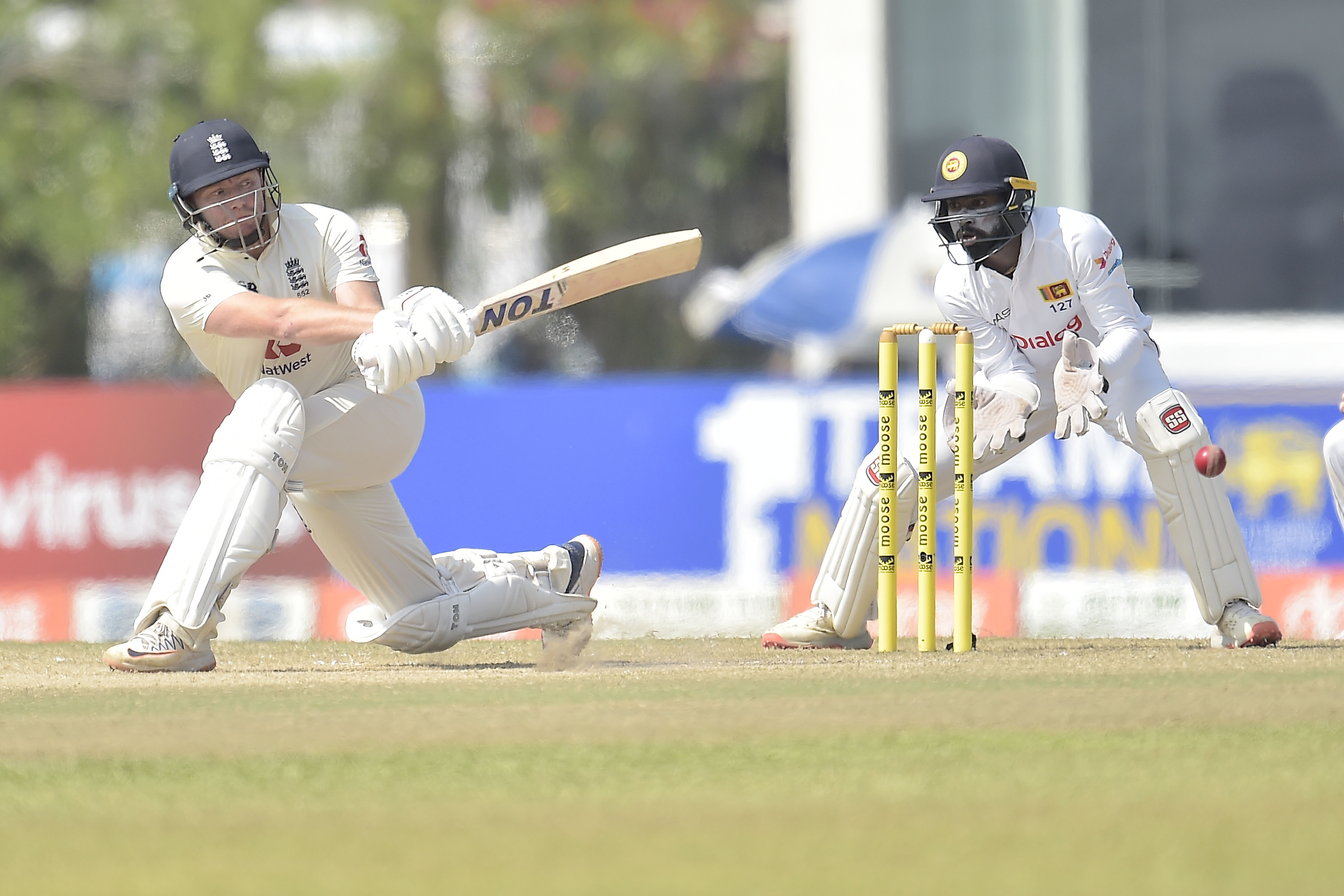 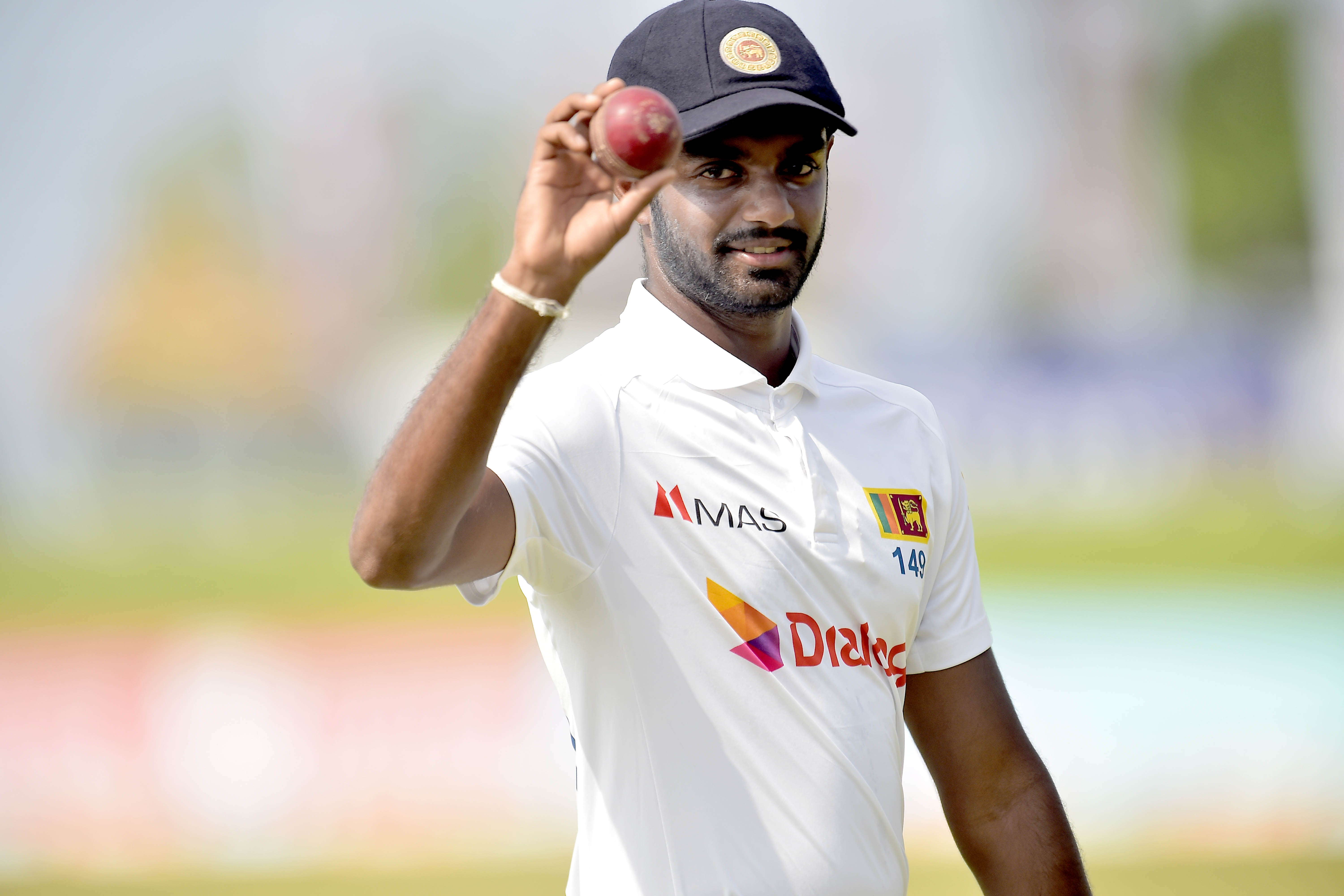 Dan Lawrence recorded his second low score of the game when he hit the ball into his pad and was caught behind. It gave left-arm spinner Lasith Embuldeniya his tenth wicket.

Buttler should have been caught and bowled on 18 by Ramesh Mendis – a low chance to his left – but then hurried England to victory with a string of fine shots.

The home team reached 19-0 but then self-destructed with an array of crazy, reckless shots. Sure, Sri Lanka wanted to be positive on a tricky pitch as they tried to extend their advantage but they seemed to suffer a collective brain fade.

All ten wickets were shared by spinners Leach, Bess and Root after all ten had been taken by seamers in Sri Lanka’s first innings. That has never happened before in a Test match.

Kusal Perera was lbw trying to sweep Leach and Oshada Fernando was snaffled at bat/pad. Lahiru Thiramanne clipped to short leg where Crawley held a sharp catch and then Angelo Mathews, often the model of restraint, attempted a sweep shot and was bowled by Bess. 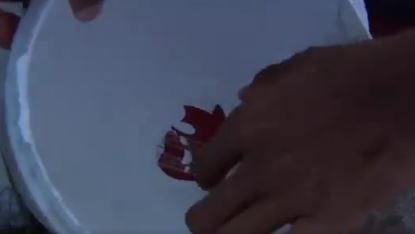 But the very next ball – after Root chirped from slip ‘Come on, Chandi, throw your wicket away’ – he tried to whack Leach.

The ball soared high in the air and Anderson, looking into the sun, held a superb back-pedalling catch. Next, Niroshan Dickwella drove to cover.

Dilruwan Perera turned a catch to short leg and Mendis was caught by Buttler off his boot as he attempted to sweep – the same way Buttler himself was dismissed 24 hours earlier.

Sri Lanka had lost eight wickets for 59 runs. It was a terrible, panicky effort from a team who seemed unable to press home an advantageous position and almost as bad as their evaporation to 135 all out on the opening day of the series.

But No.10 Embuldeniya gave his team some unexpected bonus runs with a cameo of 40 from 42 balls and put on 48 for the ninth wicket for Suranga Lakmal. But then Root ended the innings with two wickets in two deliveries.

England held a couple of cracking catches but also dropped four difficult ones with Root (two), Bairstow and Bess the culprits.