ENGLAND collapsed dramatically and desperately as they tossed away what should have been a comfortable victory over India.

Eoin Morgan’s team plummeted from 135-0 in the 15th over to 251 all out and succumbed by 66 runs in the first of three one-day internationals in Pune. 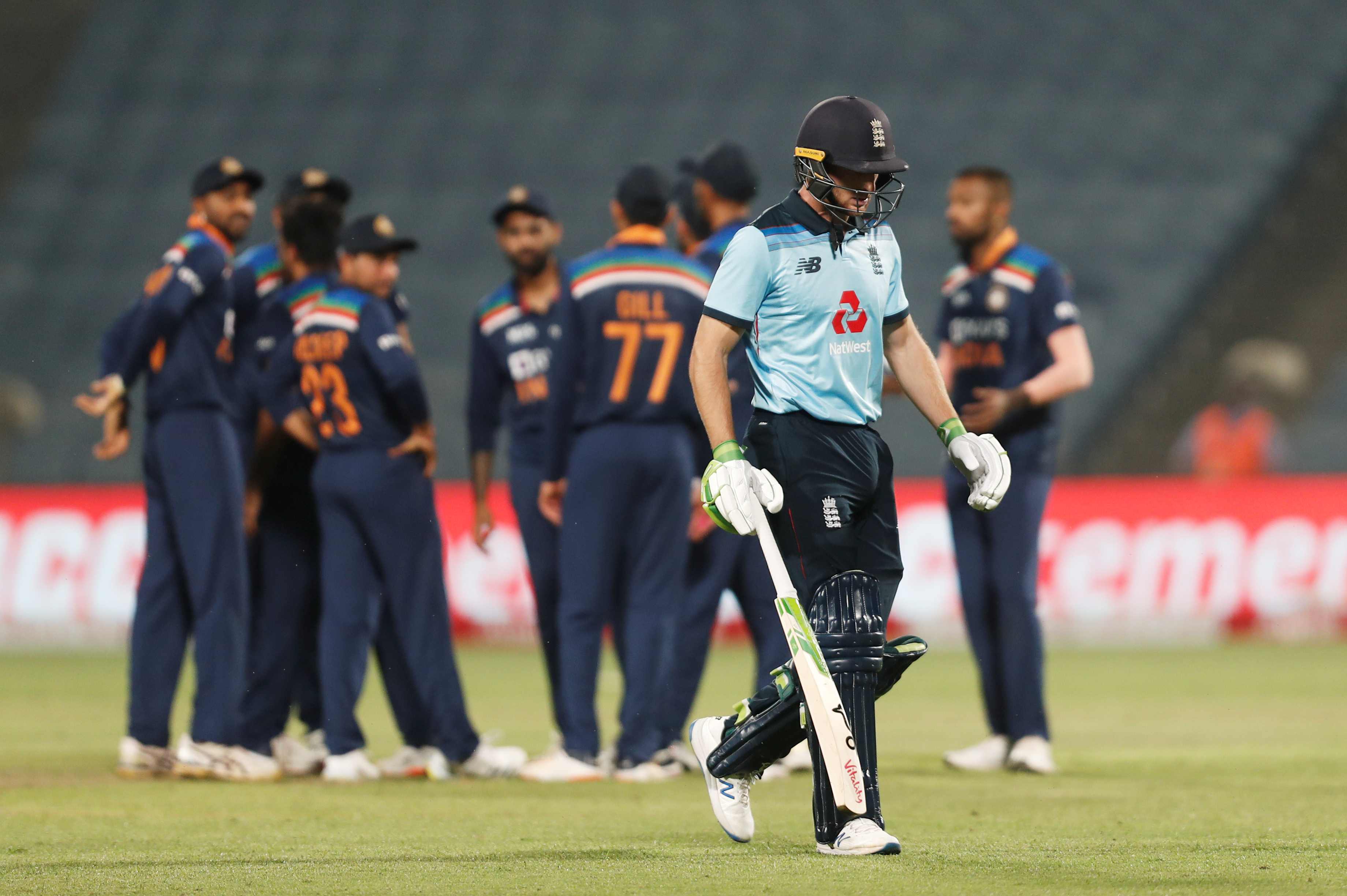 India stormed to victory over England following a horror collapse from the visitorsCredit: Reuters 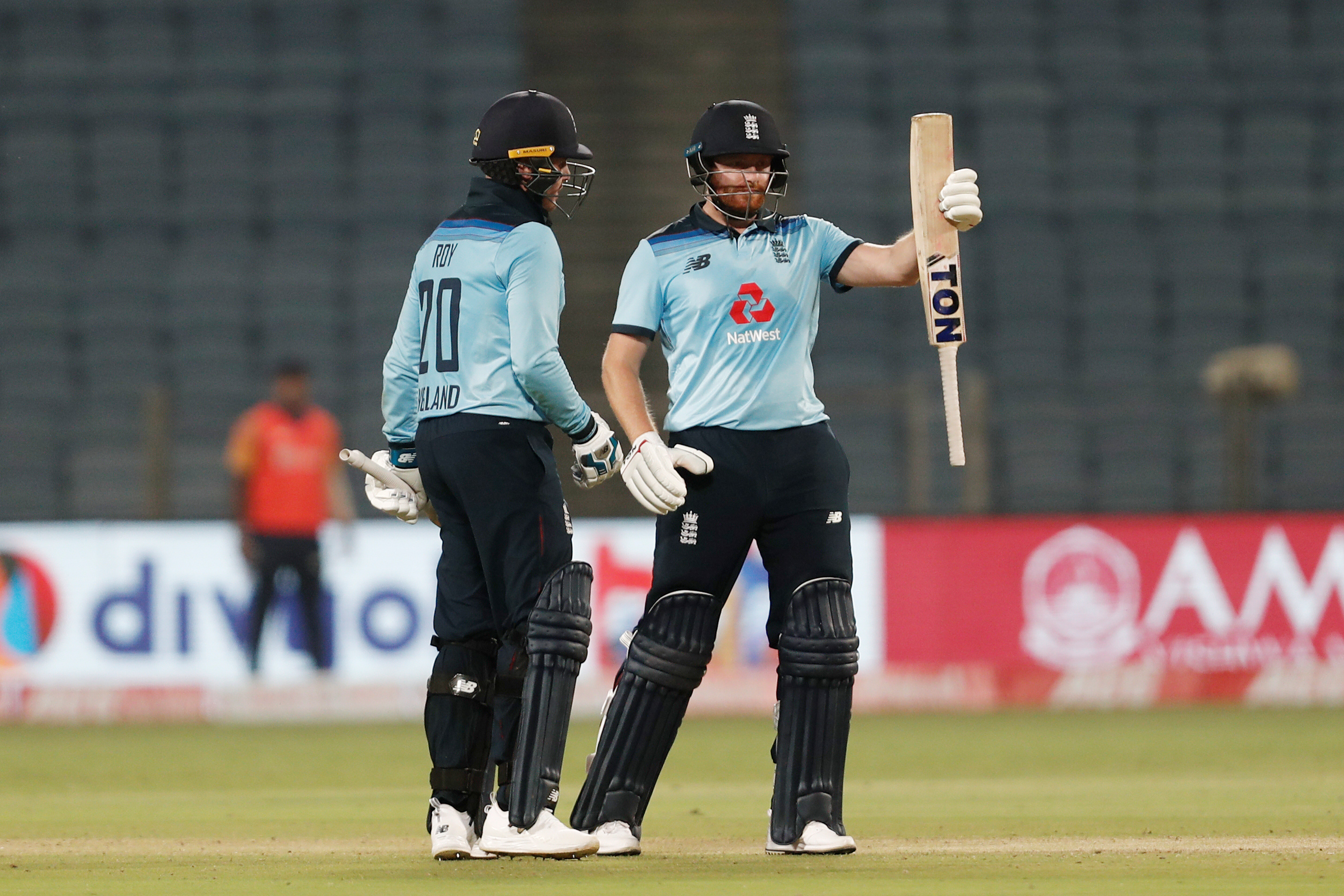 While Jonny Bairstow and Jason Roy were blazing away, an England win appeared nailed on.

But, once the opening pair was separated, the batting fell apart.

It was a poor effort on a good pitch. How England could have done with the calm head of Joe Root at No3.

But Root is back at home resting after playing six Test matches in less than eight weeks, which is understandable.

Ben Stokes was given a chance at three in Root’s absence but he scored just one from 11 deliveries before driving a catch to cover.

There was little obvious explanation for England’s demise, other than good Indian bowling, a touch of brainlessness and a couple of players short of match practice.

Bairstow took 18 balls to score his first six runs but then tore into India’s bowling so effectively that 88 came from his next 48 deliveries.

Roy was only a touch less destructive and he contributed 46 from 35 deliveries before guiding a catch to point. 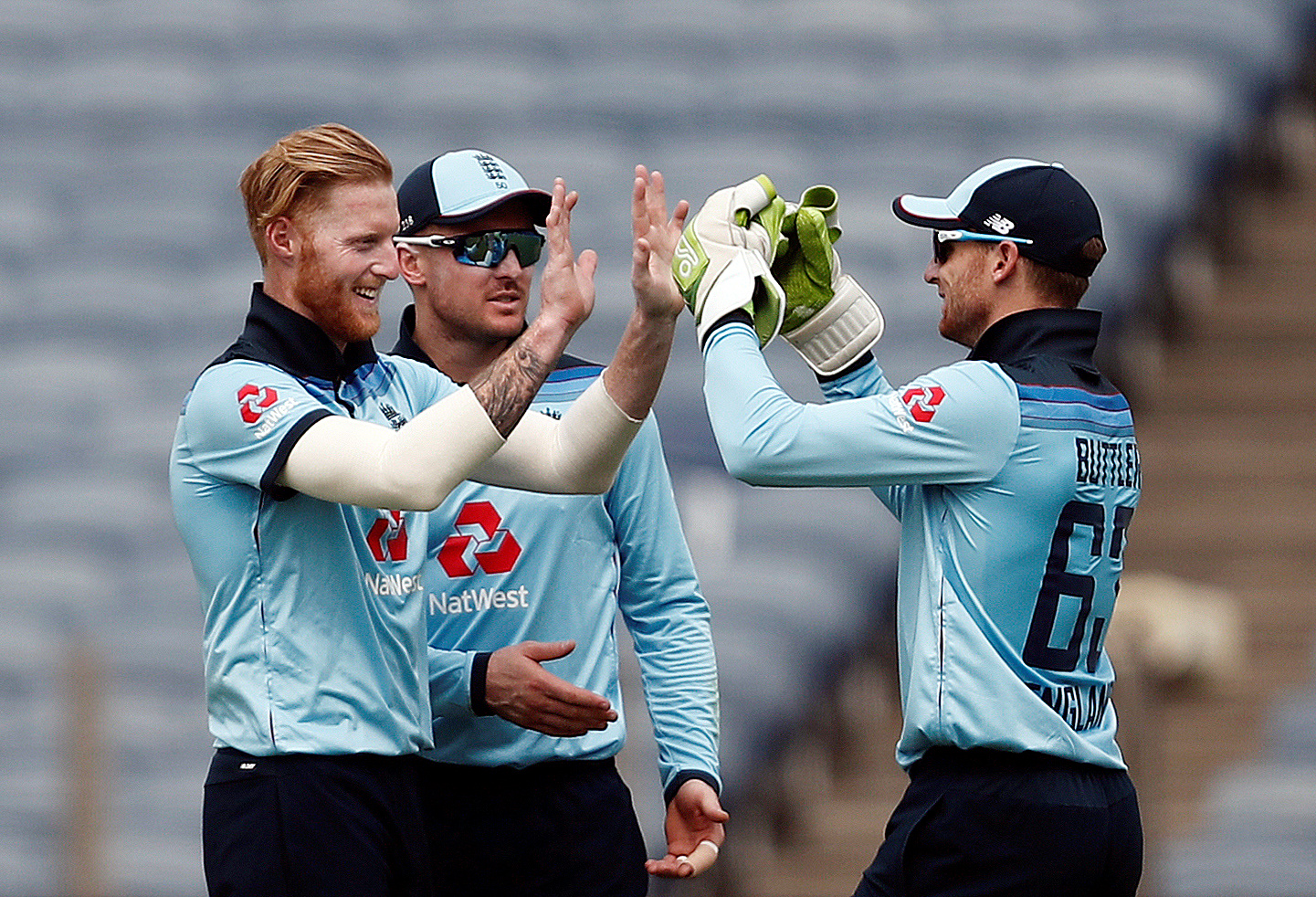 Ben Stokes was the pick of England’s bowlers but he failed with the batCredit: Reuters

Captain Morgan was dropped first ball by Virat Kohli but could not capitalise in a big way and edged a catch behind for 22 as he aimed a hook shot.

Sam Billings, who left the field after hurting his left shoulder while fielding, made 18 and Moeen Ali, playing only his second match of 2021, looked okay while scoring 30.

But neither of them could take England close to their target of 318.

Billings was one of four players to suffer injuries of varying sorts.

Shreyas Iyer also damaged his shoulder while fielding and Rohit Sharma did not field after a painful blow on his right arm from a Mark Wood thunderbolt.

Morgan needed four stitches after splitting the webbing on his hand between his right thumb and forefinger. 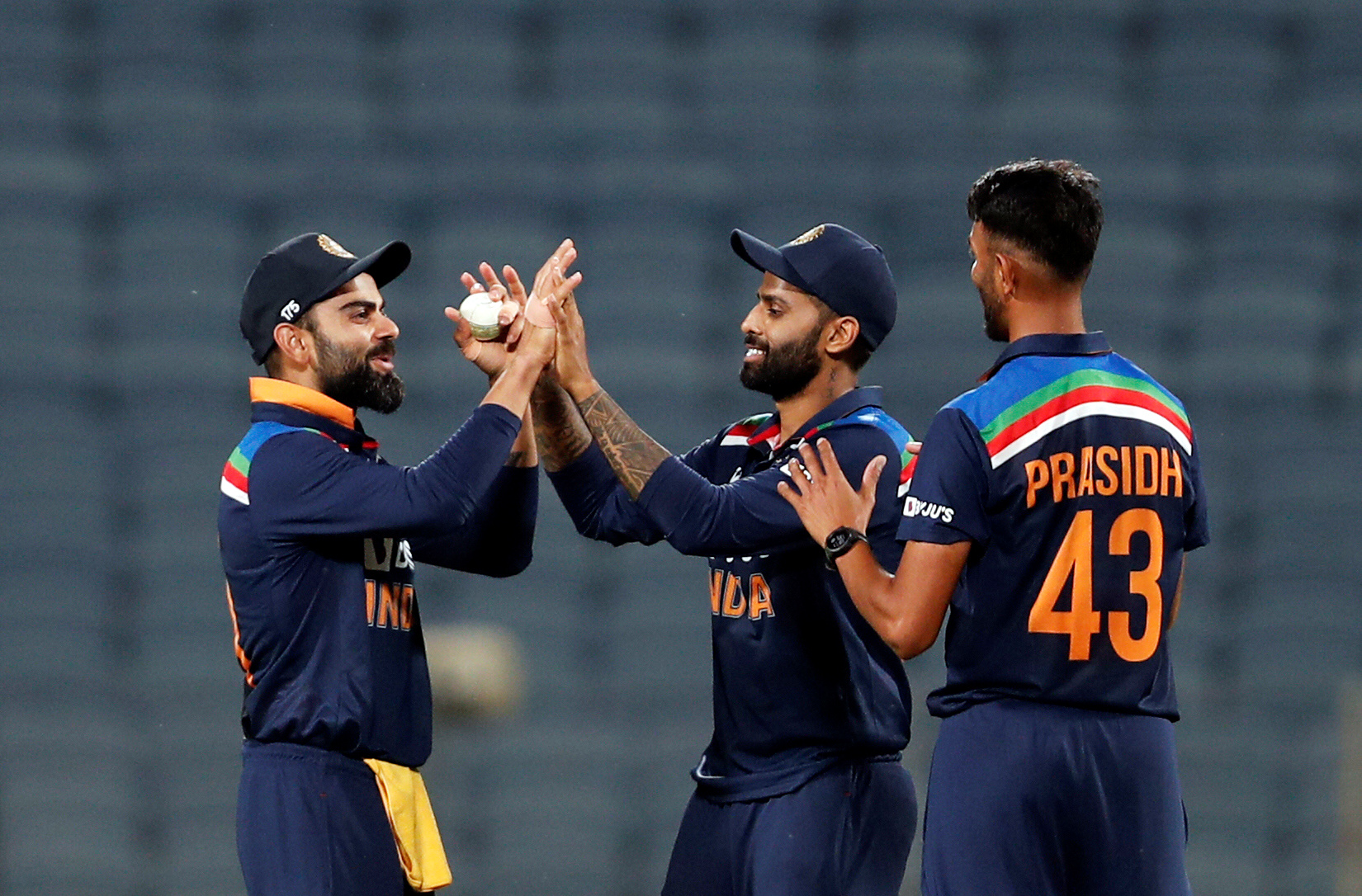 India celebrated a simple victory after being given a scare early in England’s inningsCredit: Reuters

India’s total was hoisted above 300 by a blistering debut innings by left-handed all-rounder Krunal Pandya, who smashed 58 from 31 balls.

It was the fastest half-century of all time by a man making his ODI debut.

The emotion of the occasion became too much for Krunal, who had to abort a TV interview when he left the field.

The father of Krunal and Hardik Pandya passed away in January and the tears flowed as he dedicated his innings to his dad.

Krunal and KL Rahul put on 112 runs in the final 9.3 overs of India’s innings.

Earlier, opener Shikhar Dhawan made 98 and Kohli chimed in with yet another fifty – this time making 56.

Stokes was England’s most successful bowling with 3-34 from eight overs.