JOFRA ARCHER faces a long absence from cricket after his chronic elbow injury flared up again.

Fast bowler Archer will miss the three 50-over internationals against India starting on Tuesday and most or all of the Indian Premier League. 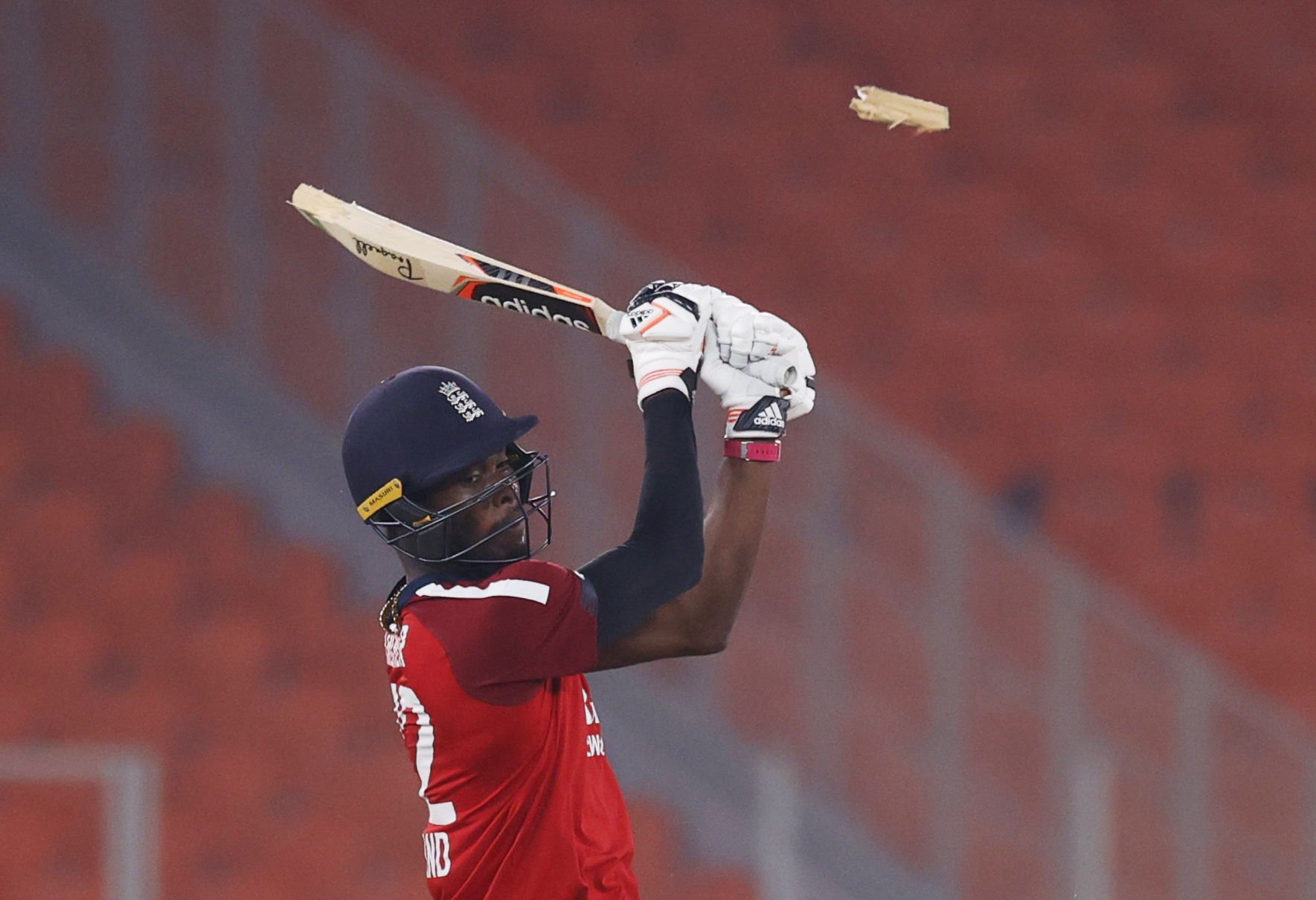 It was bad news for England on a day on which their bowlers were mauled in the final match of the T20 series and wicketkeeper Jos Buttler received a verbal send-off from Virat Kohli.

India’s victory by 36 runs secured an overall 3-2 win as England finally lost a T20 series after winning seven and drawing one of their previous eight.

Archer’s elbow problem caused him to miss three Tests in South Africa last winter and two Tests in the recent series in India. He will fly home for rest and treatment, which is likely to be an injection rather than surgery.

The big concern is that his impact on next winter’s Ashes will be limited by the injury.

Captain Eoin Morgan revealed: “We’ll wait until tomorrow to see how Jofra pulls up. He’s had a progressive injury that has become worse and does need attention. So it will be over to our medical team to make a decision that will be the best for us in the long-term.

“It’s rare when a bowler isn’t managing pain. They do a tough job. Most of our bowlers are carrying niggles but Jofra’s situation has definitely got worse.”

While Buttler and Dawid Malan were putting on 130 for England’s second wicket, they were right in the game.

Buttler scored 52 before holing out at long-off and appeared to be given a barrage by Kohli, who then had a heated verbal exchange with the umpires.

We’ll wait until tomorrow to see how Jofra pulls up. He’s had a progressive injury that has become worse and does need attention

Perhaps Kohli was still upset with wicketkeeper Buttler laughing with delight when he stumped India’s captain in the previous match.

Morgan added: “Virat is very animated when he plays, a big character who rides the emotion of a game, Sometimes during tight games people can have conflicts.”

Malan, under pressure after slow batting earlier in the series, did his cause plenty of good with 68 from 46 balls – but even that wasn’t enough.

Swing bowler Bhuvneshwar Kumar displayed skill and control and returned figures of 4-0-15-2 – brilliant in such a high-scoring game. England managed just three fours between overs 12 and 19.

The batsman hoisted Adil Rashid towards wide long-on and Jordan, running at full tilt, stuck out his right hand, caught the ball and, while still inside the boundary, flicked with inch-perfect accuracy to Jason Roy, who had moved from deep mid-wicket and completed the catch.

It went down in the scorebook as ‘c Roy’ but Jordan did all the work. Relay catches and assists are commonplace these days but there have been few better.

Roy’s reaction was a picture – he just burst out laughing at the brilliance.

Kohli, who promoted himself to opener in a reshuffled batting order, was almost subdued compared to a couple of his colleagues but still ended up with 80 not out from 52 balls.

Mark Wood, so good in the series previously, went for 53 runs and Jordan’s bowling was less good than his fielding and he conceded 57.

This is the last time England will field their strongest T20 before the World Cup in October and plenty of questions remain.

Such as – is Jonny Bairstow out of position at four? How can Ben Stokes be more involved? Why didn’t Moeen Ali play? Is Sam Curran anything more than a bit-part player? Why was Chris Jordan so expensive?

Morgan insisted: “This series was extremely productive. Ideally, we wanted to play on more turning pitches but the big plus has been our powerplay bowling in which Rashid has given us another option and Wood has mainly bowled with pace and accuracy.”