DOM BESS was in the wickets again for England with his usual mixture of good deliveries and good luck.

Bess dispatched four Indian batsmen on day three of the First Test and finished with figures of 4-55. 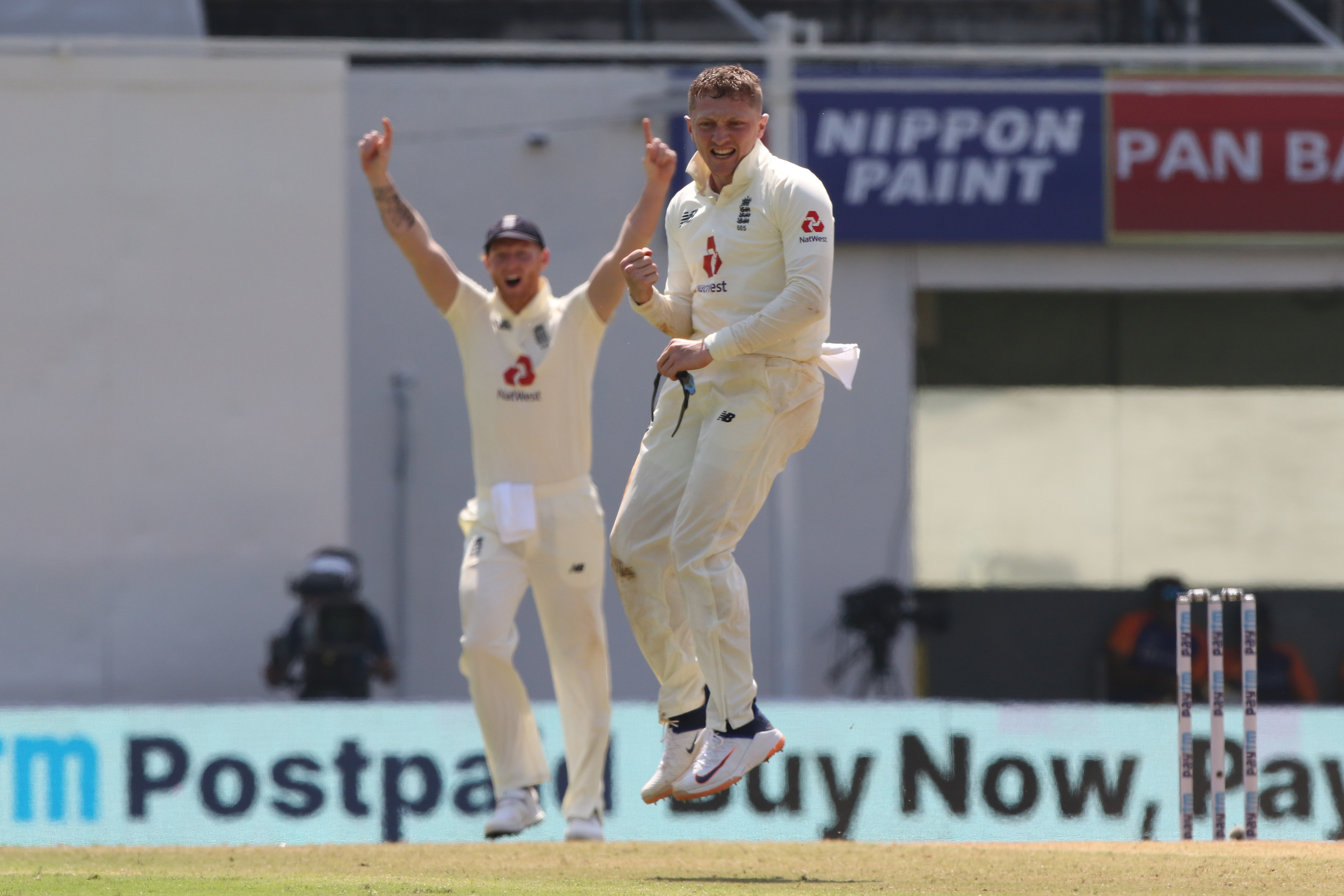 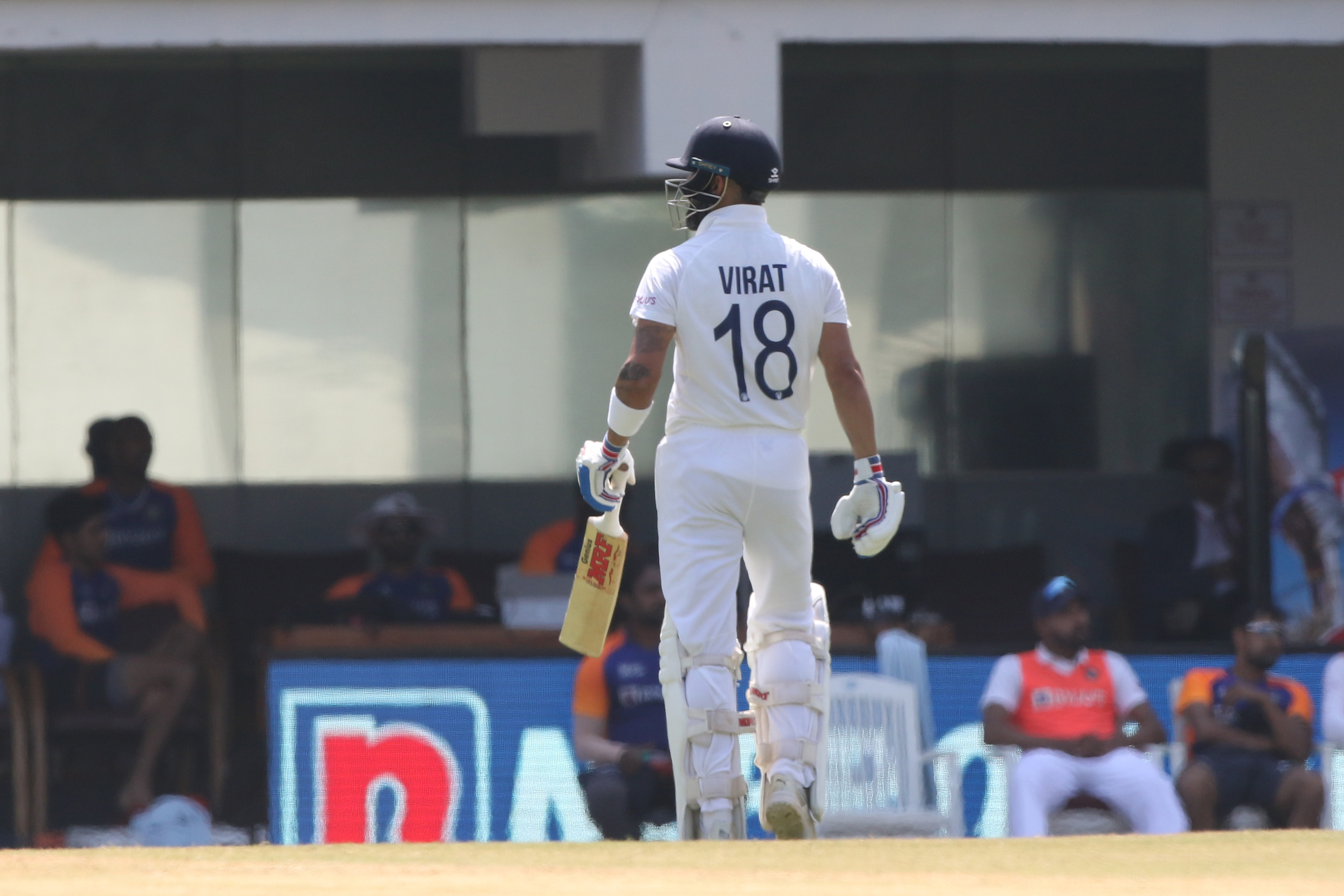 It means Joe Root’s team have a good chance of forcing a win that nobody was predicting a few days ago.

After Jofra Archer took the first two wickets, Bess ripped out the middle-order with the next four scalps.

He dismissed Indian captain Virat Kohli with a good piece of bowling and persuaded big-hitting Rishabh Pant – who had struck Jack Leach for five sixes – to sky a catch to deep cover.

But his dismissals of Ajinkya Rahane and Cheteshwar Pujara owed as much to fortune as to top-notch spin bowling.

It was the same in Sri Lanka, when Bess took 12 wickets in two Tests and served up a cocktail of fizzing jaffas, long hops and full tosses.

But there is nothing wrong with being a bit of a golden arm. It’s good to be born lucky and, without a doubt, Bess is improving steadily and growing in confidence as he plays more Test cricket.

By the close, India were 257-6 and still 321 runs behind England’s gargantuan first innings total of 578 all out.

England continued batting on the third morning to try to extract as many runs as possible and allow the pitch more time to deteriorate before India had a go. 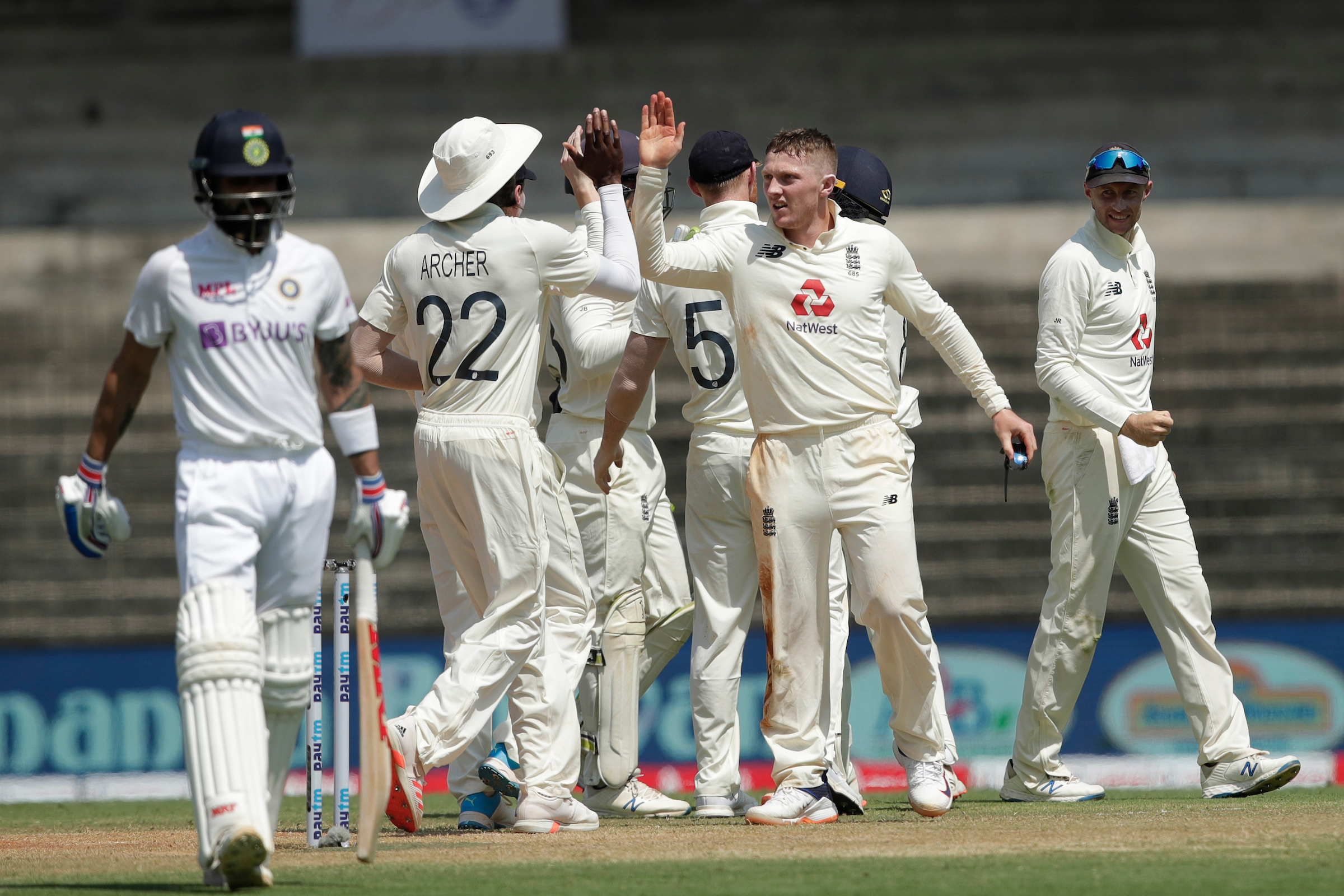 Bess was lbw to the third new ball and James Anderson missed a hoick across the line and was bowled.

Anderson’s opening spell was wayward by his standards but Archer gained some activity from a pitch that was slow and moribund for most of the other bowlers.

Opener Rohit Sharma nibbled at one of Archer’s deliveries and edged a catch to Jos Buttler. Then Shubman Gill, after a brief but delightful cameo of 29 runs, clipped to mid-on, where Anderson plunged to his left and held a fine catch.

It was 38-year-old Anderson’s second top grab in his last two matches – remember his back-pedalling effort to hold a skier offered by Dinesh Chandimal in the Second Test in Sri Lanka?

Anderson returned with a more accurate spell as England dried up the runs after lunch. Then Bess had Kohli taken by Ollie Pope at short leg from a ball that turned a fraction and bounced a little more than the batsman expected.

That was the captain gone. Now for the vice-captain. Bess sent down a full toss that Rahane hit well enough – but Root dived to his left at extra cover and held a brilliant one-handed catch. 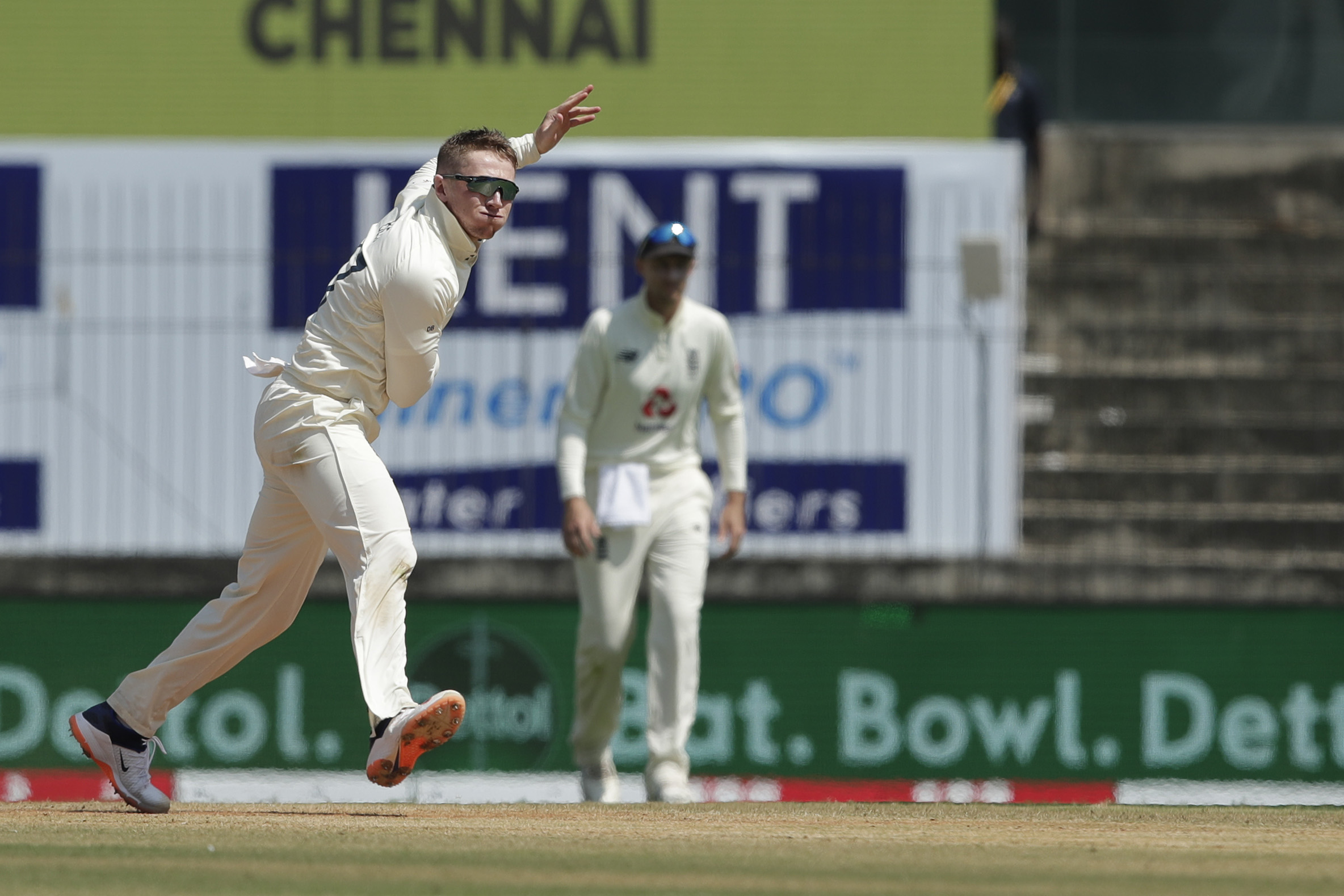 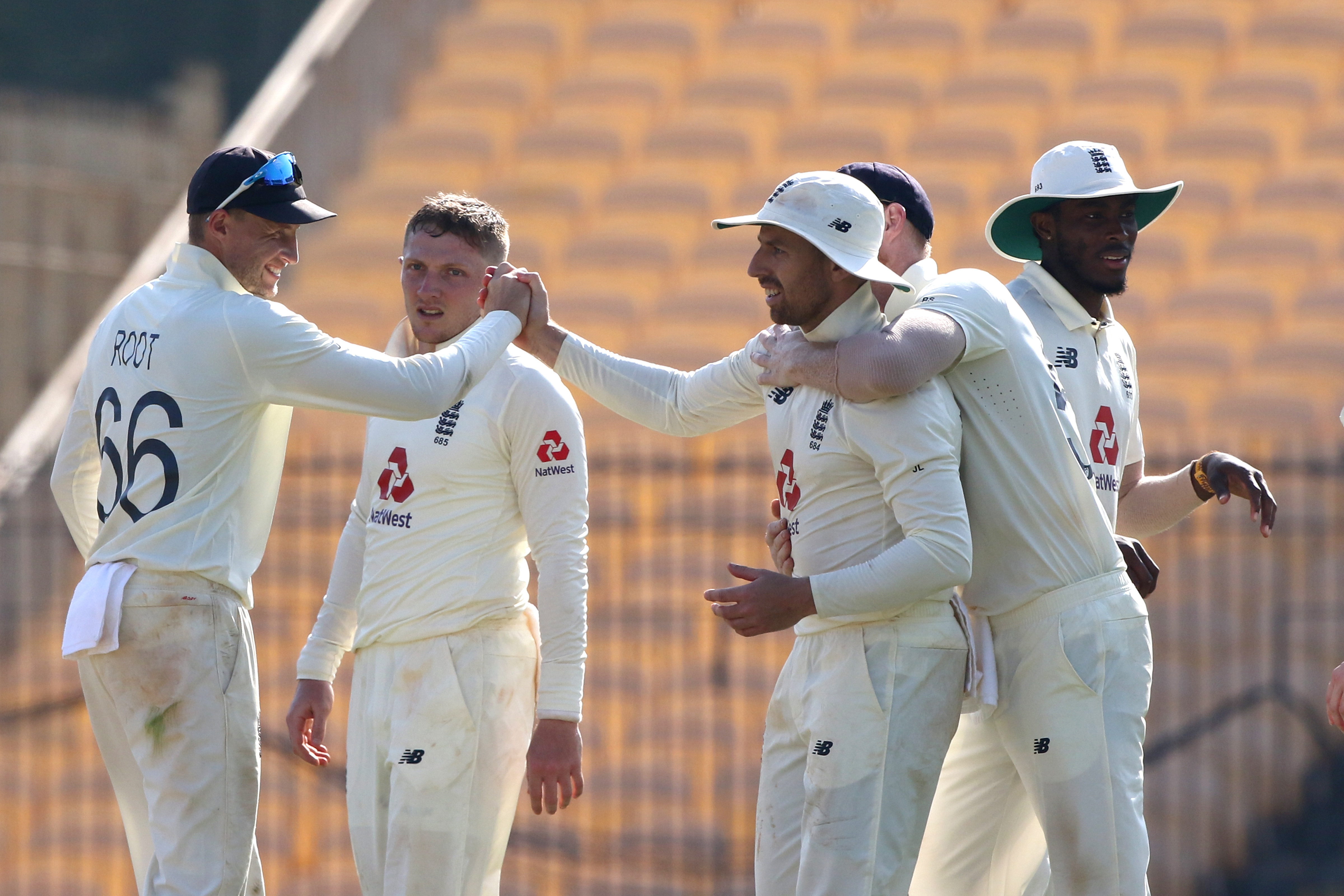 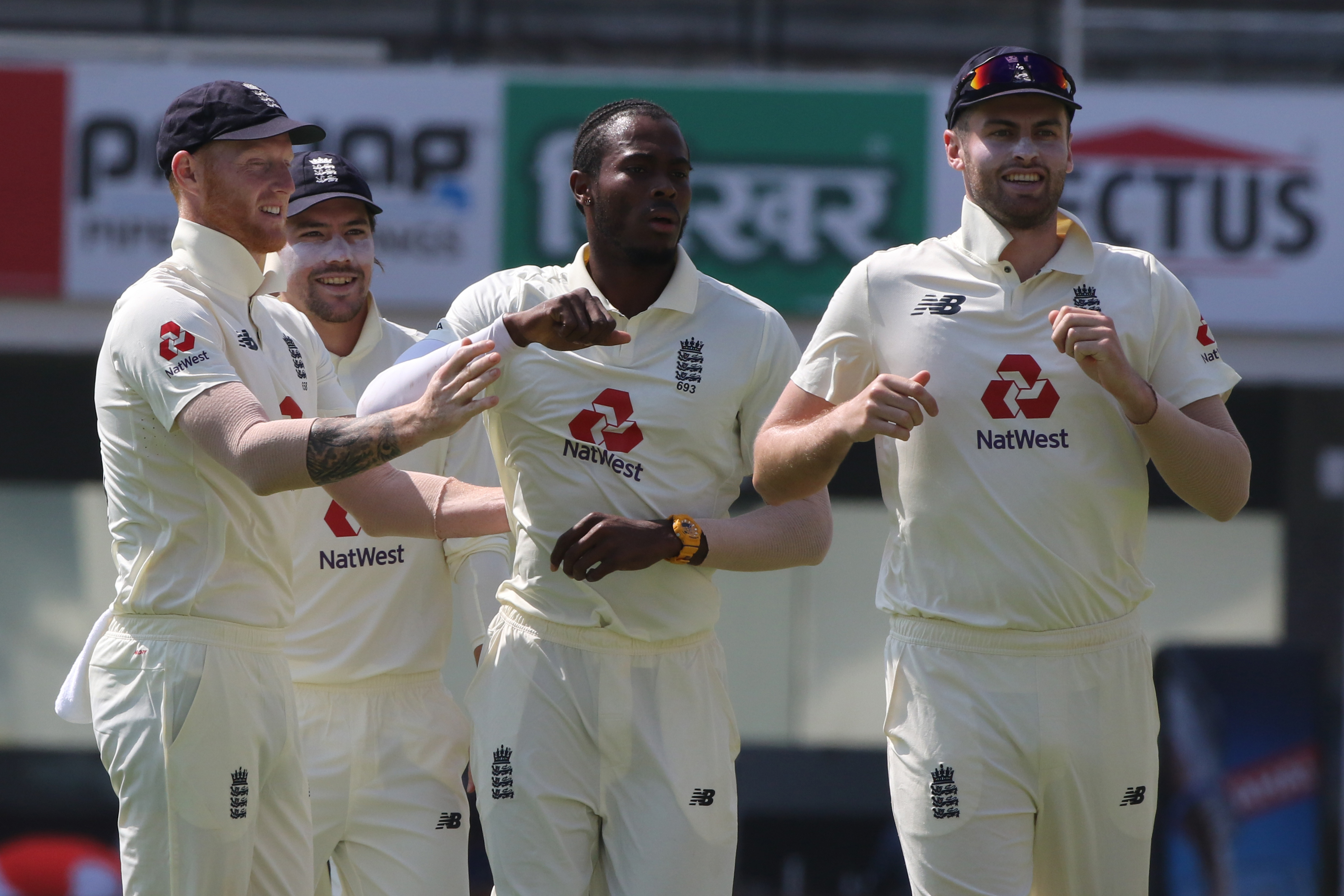 Archer dismissed the Indian openers as England made inroadsCredit: BCCI

Pant’s response to a tricky situation was all-out attack. He kept hoisting Leach into the empty stand at long-on and you had to admire his audacity.

With fans expected for the Second Test in Chennai – tickets are due to go on sale soon – one wondered what would happen if Pant deposited the ball into the crowd and a spectator picked it up and threw it back.

The plan, it seems, is for the ball to be sanitised if it is touched by a spectator. But that is not ideal and there is no doubt England’s players would have some concerns.

Pujara pulled a Bess long hop and the ball struck Pope on the shoulder and deflected to Rory Burns at mid-wicket. So another dollop of luck for Bess.

Pant’s assault was eventually extinguished when he mid-hit against Bess and Leach held the skied catch at deep cover.

England might have had another wicket before the close when Washington Sundar, on 25, skied Leach – but Archer could not hold the difficult chance as he ran backwards.