ANGRY Aussie Justin Langer pinged messages across the globe to Michael Vaughan and Darren Gough about their criticism of Steve Smith.

With Australia’s behaviour under the microscope and Smith’s actions questioned, head coach Langer was so incensed that he tried to clear the air with the England legends. 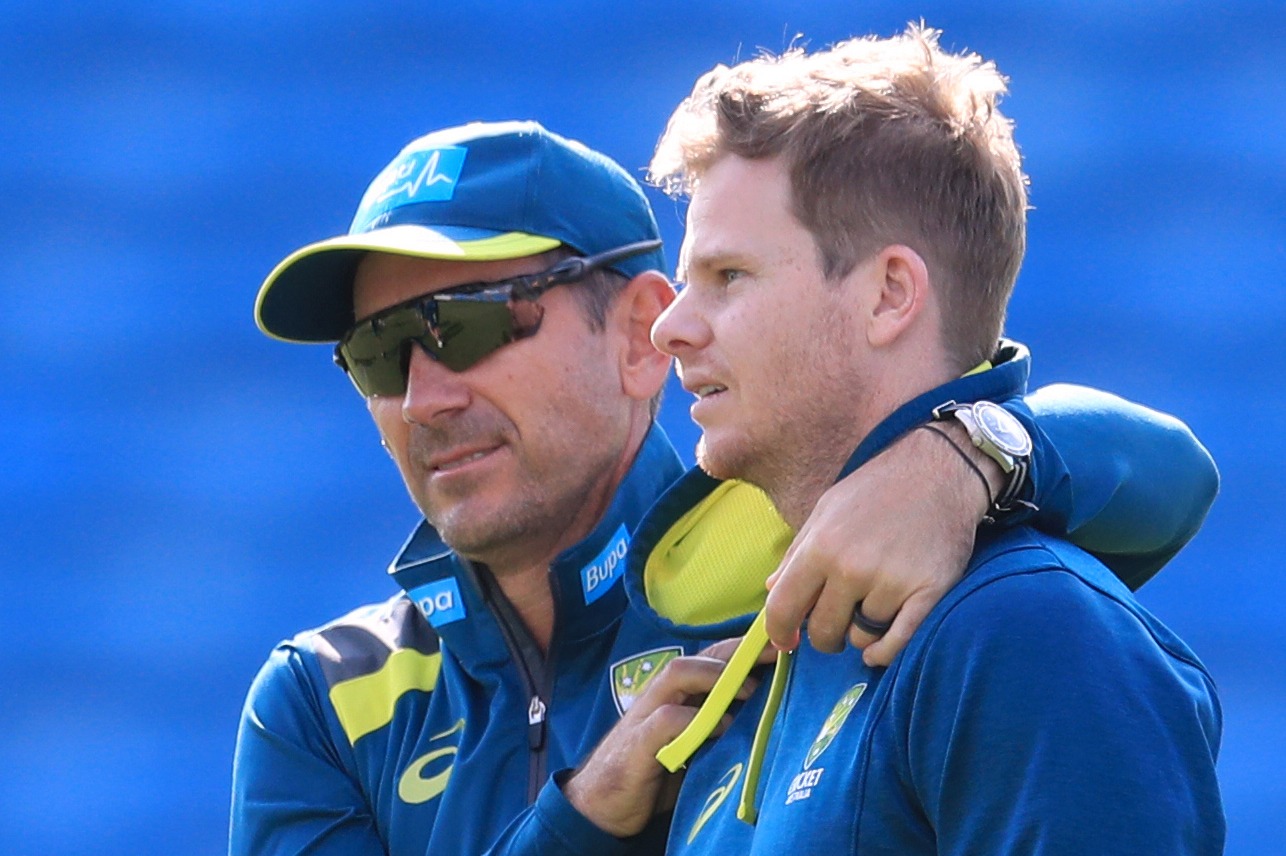 It shows the row is still simmering as Australia face India in the series-deciding Fourth Test in Brisbane on Thursday evening.

He said: “I literally cannot believe some of the rubbish I read.

“Anyone who suggests for one millisecond Steve was trying to do something untoward, they’re way out of line.

“That wicket was so flat and like concrete. You’d need 15-inch spikes to make an indent on the crease and he went nowhere near the crease.

“So, seriously, I thought that was absolutely ludicrous.

“In the last couple of years since he’s been back, Steve has been exemplary on and off the field.

“He was abused through the England tour last year like I’ve never seen and he just kept smiling and letting his bat do the talking. Give me a break.” 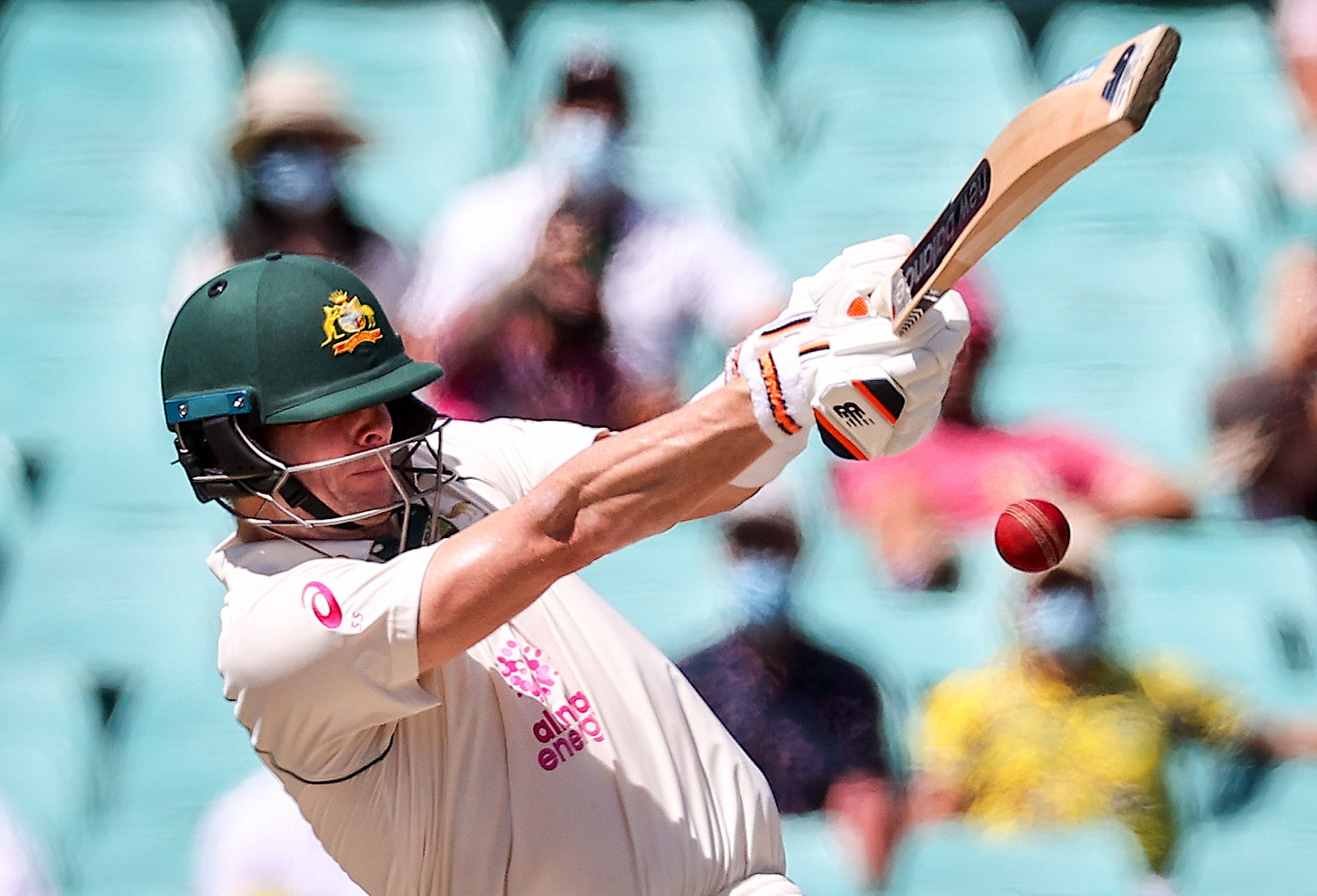 Aussie hero Smith was seen scratching around the crease during the Third Test with IndiaCredit: AFP or licensors 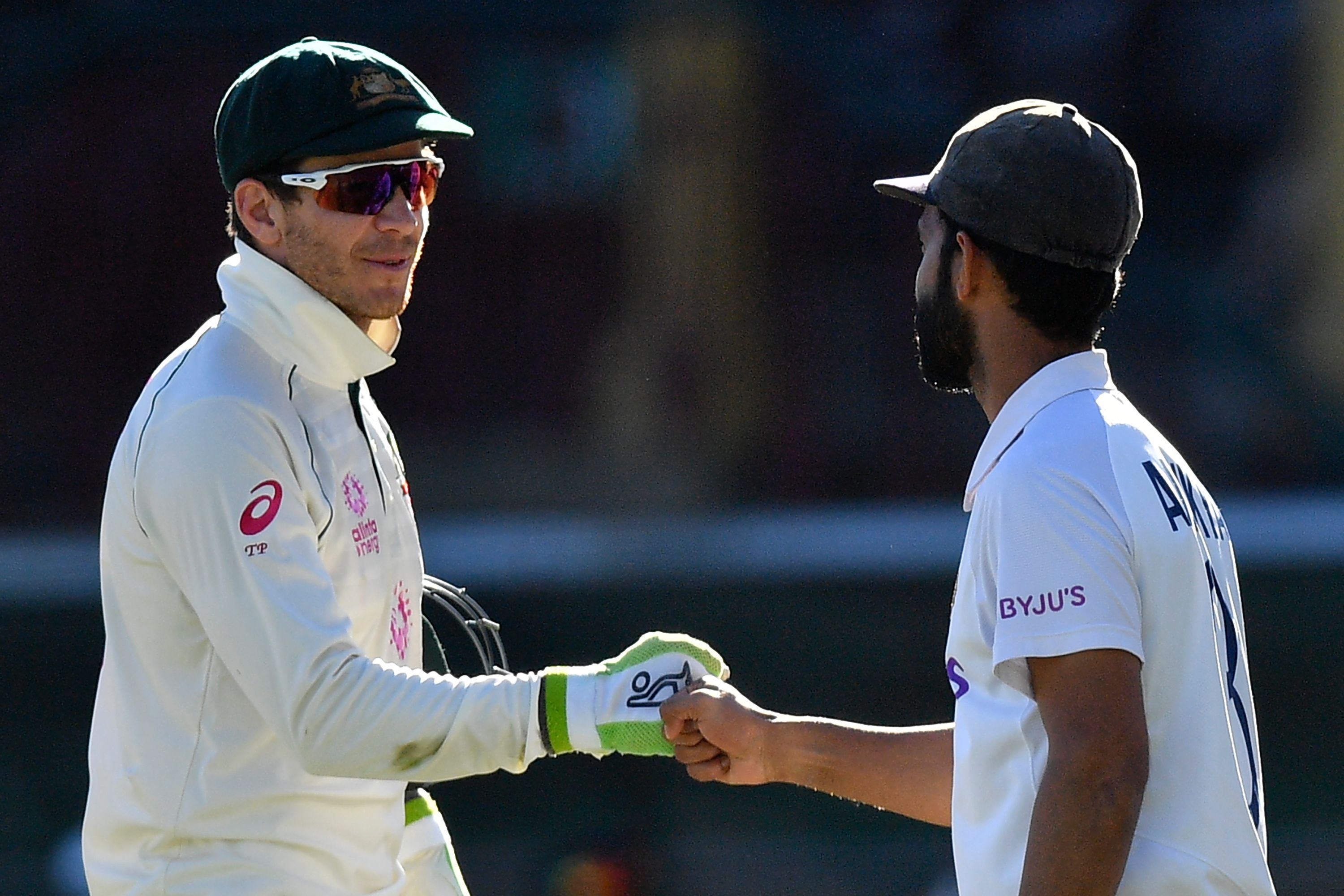 Captain Tim Paine also came in for criticism for his sledging in the drawCredit: AFP or licensors

Captain Tim Paine was heard calling India’s Ravi Ashwin a ‘d***head’ during India’s heroic rearguard on the final day of the Third Test and apologised the next day for his conduct.

Footage also captured Smith scratching around the crease while left-hander Rishabh Pant was batting. Some accused him of trying to erase the line marking Pant’s guard.

Of his chat with Langer, Vaughan said: “It was an exchange of text messages, actually.

“I said on social media that Smith had been silly and it looked poor – and I stand by that. I don’t think it was cheating but the Laws do say fielders should not damage the pitch.”

Gough said on his TalksSPORT Drivetime show: “Steve Smith showed us all these tears and sorrow a few years ago when they got done for using sandpaper on the ball – he was the captain responsible because he was the leader of the team.

“Now, during a break in play, he’s dancing around, scuffing up the pitch and rubbing out the mark with his spikes. That was totally out of order.”

Langer compared Smith’s actions to an incident in Sri Lanka in 2004 when Langer flicked off a bail with his finger – an over before the Aussies appealed for hit wicket.

Langer has always claimed it was an accident caused by his habit of touching the bails whenever he passed the stumps. He never did it again.

That’s the joy of social media, I suppose, with people making a living as commentators.

He added: “I actually spoke to Steve about it the other day.

“I reckon I tapped the bail every single time since I was ten years old. It was the most innocent thing.

“With Stevey, he does it regularly and that’s the joy of social media, I suppose, with people making a living as commentators.

“But I’m absolutely 100 per cent there was zero intention in what Steve did. I’m sure Smithy will be very conscious of it now.

“Do I have faith in Tim Paine? You have no idea how much faith I have in Tim Paine. He didn’t have his best day but after three years as captain he has hardly put a hair out of place.”

How to Keep Fighting When the Going Gets Tougher