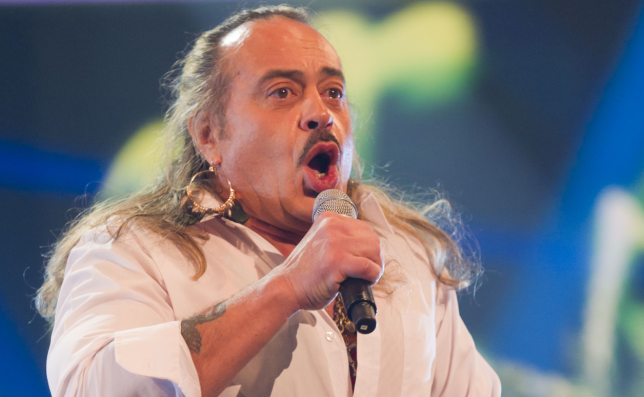 X Factor star Wagner is pleading with Facebook to revise its security settings after he was hacked and unable to access his page for 15 days, leaving him without work.

The singer, who appeared in the seventh series of the ITV competition show in 2010 alongside the likes of One Direction and Rebecca Ferguson, said he was living in fear for two weeks that the person who had access to his account would delete his page which has a following of over 200k fans.

Speaking exclusively to Metro.co.uk about his ordeal, Wagner said: ‘My page was hacked for two weeks and although I sent several reports to Facebook I never heard back.’

‘[I had] two weeks without money and the fear that the hacker could delete my page with my followers’ altogether.’

He continued: ‘Facebook must revise its security settings and they must reply quicker when people report a hacking. There is something wrong there. There’s a total lack of care.’ 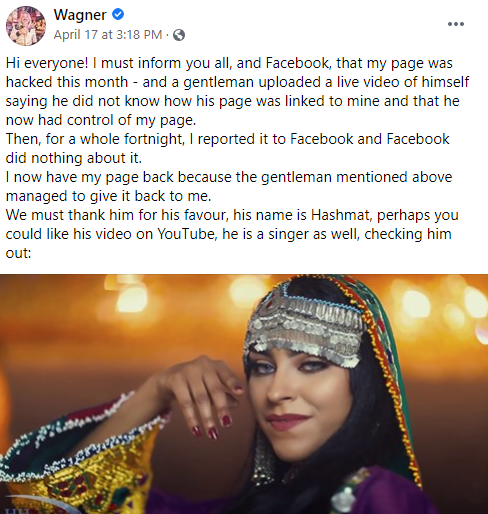 Wagner shared the news of his hacking on his page when he finally regained access (Picture: Facebook)

Eventually, Wagner realised that a singer in Iran had control of his Facebook page.

According to Wagner, the artist had ‘no idea’ how the two pages became linked up.

‘He got in touch with marketing agencies as he wanted to make sure it was me,’ he said. ‘It was only after I made a video call to him that he was sure it was me and he felt safe to give me my page back.

‘I have no idea how it happened and he also said his page had been hacked.’

Wagner is hoping the social media giant improves on its customer support and security in light of his ordeal.

‘Facebook need to have a way of dealing with hacked pages urgently,’ he added. ‘They need to speak to the person who has been hacked. They cannot carry on like this.

‘The issue is not my stress. More important than my stress is everyone else’s stress. As it has happened to me it could happen to Miley Cyrus. Imagine if her page got hacked.’

Facebook has advice for its users who have been blocked from accessing their page.

‘If you can’t access your Page, check to see if another admin of the Page may have removed you,’ its guidance reads. ‘Contact a Page admin and ask them to add you back. Keep in mind that there are different kinds of Page roles, and only admins can add or remove people.

‘If you think your Page was taken over by someone, it may mean that your profile or the profile of another Page Admin was hacked.’

If you’re worried about the security of your account, Facebook can help via an online help page.