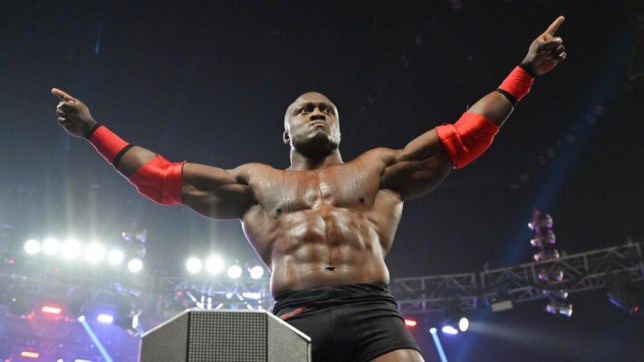 WWE superstar Bobby Lashley has predicted big things for RETRIBUTION and Mustafa Ali – but only if they can get away from the Hurt Business.

The two factions came to blows on Raw last year, and Lashley – who recently lost the United States Title but will challenge WWE Champion The Miz for the gold on Monday night – has opened up on whether Ali’s group can regain its footing and become a dominant force.

He exclusively told Metro.co.uk: ‘Well, not like the Hurt Business! I think that they have their own direction that they need to go. But that one thing is I know that they have Ali at the front of RETRIBUTION.

‘Ali’s incredible. He has a great mind for the business, he has an energy and he brings everything to RETRIBUTION. So, I think that they have a long way to go, I think you’re gonna see a resurgence of RETRIBUTION.’

Whereas Hurt Business – completed by MVP and current Raw Tag Team Champions Cedric Alexander and Shelton Benjamin – have been a group to be reckoned with on the red brand, their former opponents haven’t quite found their footing.

Lashley suggested one solution would be a change of scenery.

‘If they wanna be able to bring themselves back up to be a dominant force, they may need to look at SmackDown and maybe even look at a different direction.’

However, he was keen not to disrespect Ali and RETRIBUTION – which also features T-Bar, Slapjack, Mace and Reckoning – as he suggested the sky is the limit with the immense talent involved.

‘But I love those guys, and I loved that feud,’ he added.

‘They have some big strong guys that are tough and they have Ali that is probably one of the best in the business. I think they have a long way to go!’

*Bobby Lashley challenges WWE Champion The Miz on Monday Night Raw. Watch every Monday at 1am on BT Sport.