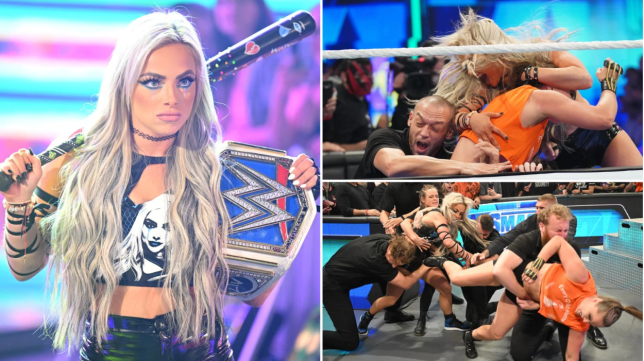 WWE superstar Liv Morgan took the fight to Ronda Rousey on SmackDown a week before they meet at Extreme Rules.

The SmackDown Women’s Champion is going into the event’s namesake match as the underdog despite holding the title, but in recent weeks she’s proven she has what it takes to deliver the brutality necessary for such a show.

During Friday night’s episode, Rousey found herself in a match against former mentor Natalya as the two familiar foes battled once more in an intriguing, submission-heavy bout.

The Queen of Harts will always be a strong opponent to put opposite the Baddest Woman On the Planet, not only because of her status as a legend and veteran on the roster, but also with the way their styles mesh in the ring.

Rousey picked up the win with an ankle lock, but didn’t have long to celebrate as Liv came out wielding a baseball bat as she didn’t want to wait until Extreme Rules on October 8.

Not surprisingly, her challenger didn’t want to be at the wrong end of the bat, but they did scrap in a pull-apart brawl as they looked to gain an advantage going into next weekend’s match.

This was a level of intensity fans needed to see from Liv, whose early days with the SmackDown Women’s Title over summer were marred by the way she beat Ronda to retain the gold after first winning the championship via the Money In The Bank briefcase.

Now, Liv is holding her own and the Extreme Rules matchup is all the more intriguing.

In the opening match of the night, The Bloodline duo Sami Zayn and Solo Sikoa fought Ricochet and Madcap Moss after a backstage beat down last week.

Here, the Honorary Uce and Sikoa picked up a big win over their rivals in a very entertaining tag match, with the former NXT North American Champion getting the pin.

Drew McIntyre found himself in action against Mr. Money In The Bank Austin Theory, who was backed by Alpha Academy’s Chad Gable and Otis.

The action didn’t last long with Gable and Otis getting involved after McIntyre dominated the early goings, which sparked a disqualification. 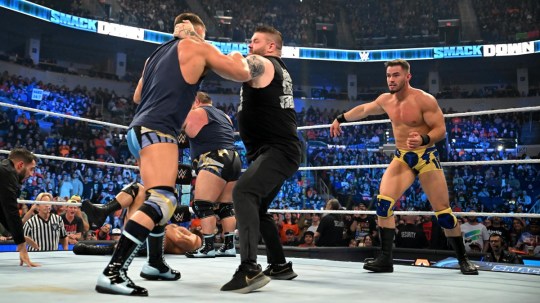 The brawl led to a huge main event (Picture: WWE)

Johnny Gargano rushed out to make the save, with Kevin Owens also coming out to even the odds and clear the trio out of the ring, leading to a huge six-man tag in the main event.

As ever, WWE nailed it here, as they always do in these kind of multi-man tag bouts, with everyone getting the chance to shine.

In the end, McIntyre hit the Claymore on Theory to pick up the win in a ridiculously fun and energetic battle.

Earlier in the night, Karrion Kross and Scarlett warned Drew ahead of the two heavyweight’s Strap Match at Extreme Rules. 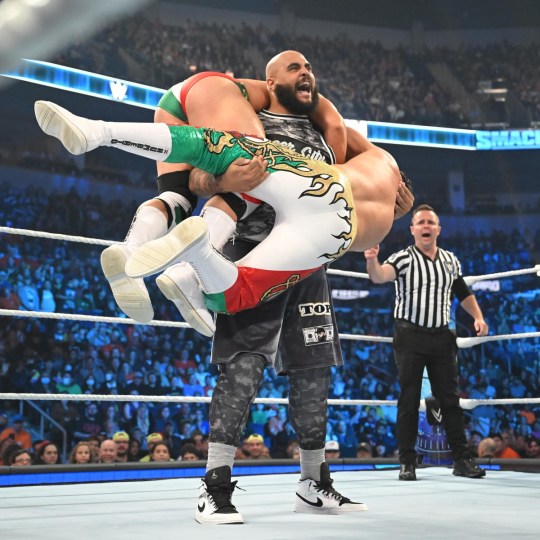 Hit Row built some momentum at the expense of Los Lotharios, although the match could have been much stronger considering the talent involved.

Imperium hit the ring to hype up GUNTHER’s Intercontinental Title defence against Sheamus on next week’s SmackDown, and the Celtic Warrior came out alone without Butch and Ridge Holland, who didn’t make it to the show due to Hurricane Ian.

After some verbal sparring, GUNTHER led a beatdown on Sheamus with the help of Giovanni Vinci and Ludwig Kaiser. 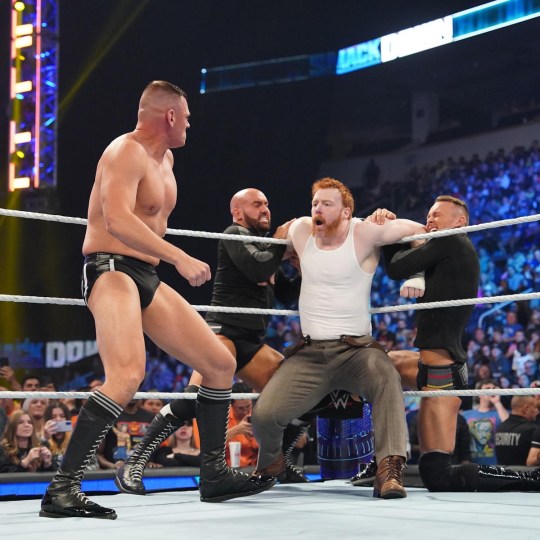 However, Sheamus showed what he’s made off, asking the trio if that’s all they had — only to suffer another brutal attack.

Up next, Bayley beat Shotzi in a back and forth match which highlighted the Damage CTRL leader while also providing a great showcase for her opponent.

Damage CTRL attacked Shotzi after the bell, but Bianca Belair rushed out to make the save.

There was also another QR code for the White Rabbit, which led to a clip from Disney’s 1933 Three Little Pigs cartoon, including a morse code message which spelled out ‘AZAZEL REBORN’.

The clip also featured images of the pigs being butchered, and a white rabbit graphic which has the message TS_S10E6, referencing to an episode of The Simpsons which features Jefferson Airplane’s song White Rabbit.

A phone number was included, with a reversed and slowed-down message spelling out Belair – when played in reverse, it says: ‘Bravo. Echo. Lima. Alpha. India. Romero. I am the way into the City of Woe. I am the way into eternal sorrow.’

Meanwhile, a sign was shown behind commentators Michael Cole and Corey Graves which read ‘Revel in what you are’, which Bray Wyatt himself tweeted almost three years ago.

WWE SmackDown airs Friday nights at 1am on BT Sport 1.