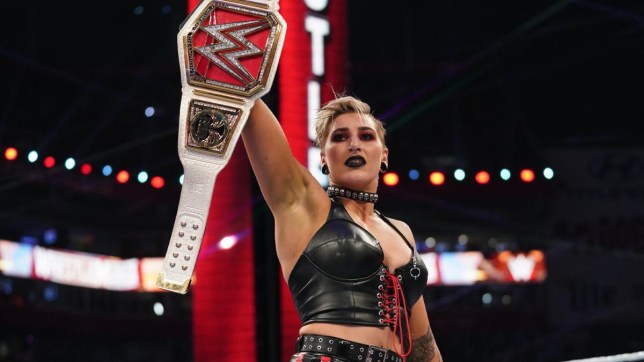 The Nightmare wouldn’t be where she is without him (Photo: WWE)

WWE superstar Rhea Ripley has heaped praise on Scotty 2 Hotty and revealed his influence behind the scenes.

The former tag team champion – who captured the titles once with each of his former Too Cool partners Rikishi and Grand Master Sexay – has been teaching classes at the Performance Center for a few years now, and he’s had a big impacted on the Nightmare and her close friend Raquel Gonzalaz.

Speaking exclusively to Metro.co.uk, Rhea said: ‘I think one of the main ones in NXT that helped not only me but Raquel as well is Scotty 2 Hotty. He had always been there for us through everything.

‘We went through a real hard point together in NXT where Raquel and I were the only two females in Scotty’s class.

‘We were going through it, we were really trying to work hard and do as best as we could, but for some reason it just wasn’t happening.

‘So, Scotty was there to help us through that rough time and he still helps us today.’

The Raw Women’s Champion – who also noted her parents, sister and boyfriend have helped her a lot – reunited with NXT champ Raquel and SmackDown champ Bianca Belair last week in an emotional moment as they held their titles high above their heads. 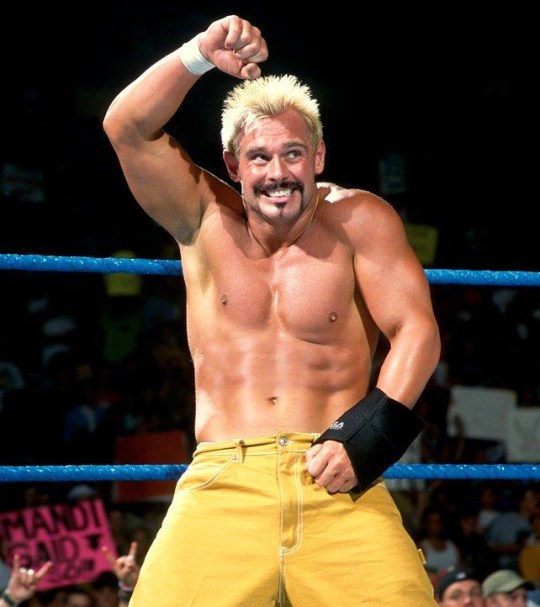 Scotty has been instrumental (Photo: WWE)

It was special for the fans and the stars, and Rhea noted how they also took the time to catch up with their mentor.

‘We had a good chat with him on Tuesday at NXT, and he’s so proud of how far both of us have gone,’ she added.

‘Without Scotty, I don’t think you would see the Rhea Ripley that you see today, the Raquel Gonzalez you see today. So Scotty’s definitely one of the big helpers in my life.’

Genuine friendships can be hard to come by in the competitive world of pro wrestling, but Rhea noted how close her bond is with Raquel and Bianca.

‘Raquel and Bianca, they’re the real ones. I know they’re gonna be there for me through anything and vice versa,’ she beamed.

‘To see us all come out on the other side and be so happy and excited, and all have championships at the same time, it was just incredible.

‘The bond that we have is insane, we’re all so happy for each other.’

Back to last Tuesday’s reunion, Rhea revealed the idea of it happening on screen came from NXT boss Triple H.

The trio initially wanted to get back together to recreate a photo they took backstage three years ago, but The Game decided to take things further.

‘I’m very thankful for Triple H for thinking of that idea to bring us out on NXT,’ Rhea admitted.

‘It was just so special to be able to step out there and have all of us hold up our championships and show off that our hard work has gone towards something.

‘And to have that exciting moment together and with the NXT crowd that have seen us along the journey – it was very, very special, and it’s something that I’m gonna hold in my heart for a long, long time.’

*WWE Raw airs Monday nights at 1am on BT Sport 1.