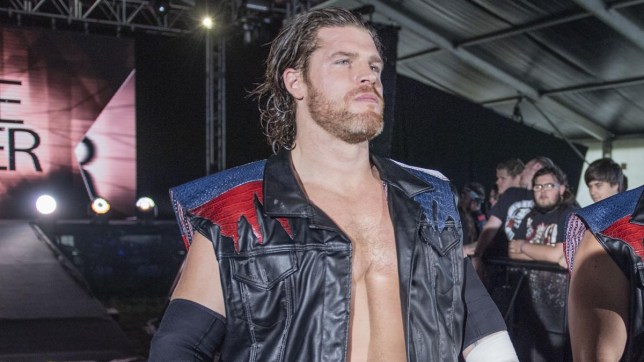 The Forgotten Sons man has been let go (Photo: WWE)

The wrestler – who has been part of the company in some capacity for seven years – has been let go, with the promotion confirming its decision on Thursday.

In a short statement, they said: ‘WWE has come to terms on the release of Steve Cutler. We wish him all the best in his future endeavours.’

Cutler himself has commented on the release, and admitted his departure comes as a surprise while noting he is already counting down his standard 90 day non-compete clause.

He tweeted: ‘Unfortunately, today I was released. It was shocking, to say the least. But, I am excited about the future and all the possibilities in front of me. Thanks for your continued support. 90 days… the countdown begins???????? (sic)’

After a spell in NXT, the Forgotten Sons – also featuring Jaxson Ryker and Wesley Blake – were called up to the main roster on SmackDown in April 2020.

However, the next month they were pulled from television after a controversial tweet from Ryker in support of Donald Trump’s reaction to the Black Lives Matter protests in Washington D.C..

Seven months later – and despite doing nothing wrong themselves – Cutler and Blake returned to TV as King Corbin’s Knights of the Lone Wolf.

Fightful Select has claimed Cutler’s release comes from him testing positive for Covid-19 last month, but the door remains open for a comeback. 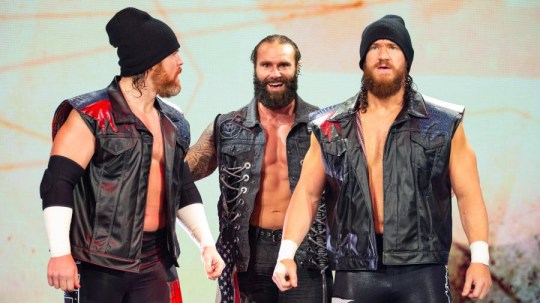 IMPACT Wrestling star – and current Knockouts Champion – Deonna Purrazzo revealed she and Cutler tested positive earlier this month but ‘had no symptoms’.

She tweeted: ‘@SteveCutlerWWE & I had tested positive for COVID, the beginning of January. We had no symptoms but took all precautions necessary. Thanks for the well wishes but we are healthy and in good spirits. When one door closes, another opens.’

More recently, it’s said he has been at the Performance Center helping out in a class with the likes of Omos, Keith Lee and Otis.

The report suggests he was popular with those he worked with, and there was a feeling of sympathy for he and Blake for seemingly being unfairly punished for Jaxson’s actions.

Currently, Jaxson is still on television as a lacky and follower for Elias.

Play poker with Sun Football and PokerStars for a chance to win a share of $5,500 at 8pm TONIGHT