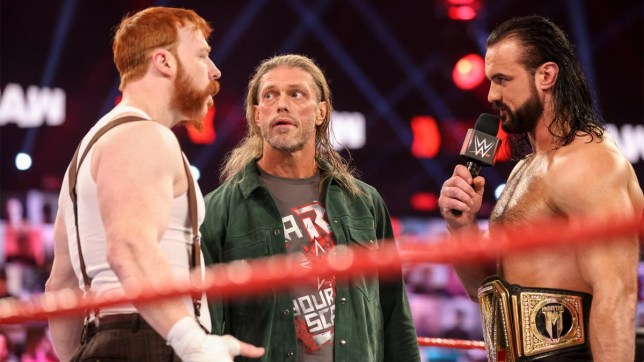 The WWE Title scene is picking up (Photo: WWE)

The night kicked off with Drew McIntyre coming out to talk about his win over Goldberg, and he showed the Rated R Superstar – who quickly joined him – plenty of respect.

However, Edge urged the champ to see him not as a friend, but as a threat to the title he holds, which didn’t sit too well with Sheamus.

The Celtic Warrior defended his pal and got in the living legend’s face, with Drew eventually asking Edge outright if he was challenging him for his title at WrestleMania.

The Ultimate Opportunist pointed out he is just that, and he’ll assess the situation before making his final decision – but either way, he’ll be leaving Raymond James Stadium with gold.

Putting the exclamation point on the segment, after Edge left, McIntyre turned into a huge Brogue Kick from Sheamus – later accepting his challenge for a title match.

Before we get to the main event pitting Edge against his long-time rival Randy Orton – with both men cutting backstage promos hyping up their battle – it’s worth noting that Alexa Bliss continued her mid-match transformations against old friend Nikki Cross.

The pair put on a fine match even with the theatrics, which saw the Goddess turn into her old self before switching back and hitting a modified Sister Abigail to win. 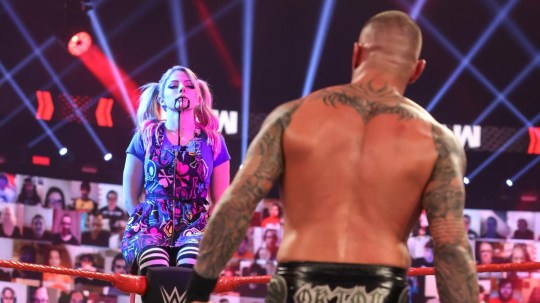 In an interesting note, Orton seemed to totally blank her when they crossed paths on the ramp as he came out for his own bout.

The Viper and Edge put on a damn fine main event as the former Rated RKO teammates clashed in the latter’s first straight-up wrestling match in almost a decade.

Randy looked primed to hit the RKO when Bliss reappeared on the top turnbuckle with blood spilling from her mouth, leaving him open to a Spear which gave Edge the win.

The first match on the show saw Bobby Lashley defending the United States Title against Riddle after his Gauntlet win over the Hurt Business last week.

Besides a brief moment of flurry, this was the All Mighty’s night as he battered the competition and let himself get disqualified by putting in the Hurt Lock on the apron, before getting the Original Bro in the hold after the bell.

Kofi Kingston was back at ringside with Xavier Woods this week as the New Day man fought against Mustafa Ali, who delivered plenty of verbal jabs to the former throughout the strong match. 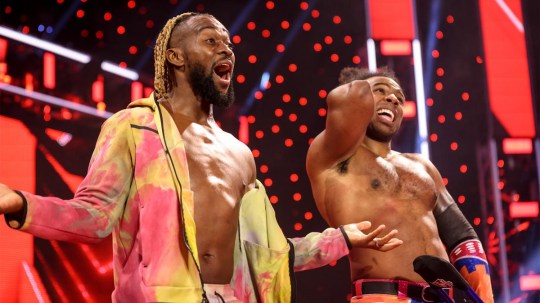 In the end, Woods was able to pin the RETRIBUTION leader – putting his score at 2-2 against members of the faction – after Kingston took out Mace at ringside.

The Miz and John Morrison brought their talk show back to Raw last night, happily bringing out Bad Bunny as Miz apologised for destroying his DJ equipment at the Royal Rumble.

Although Bunny accepted the apology, he wouldn’t do the same, and he wasn’t impressed with the duo’s attempt at a song – nor the offer of being trained as a superstar, despite saying it’s one of his dreams.

In a great move, the star then introduced Damian Priest, who clocked Miz which led into a really fun match between the two.

The former North American Champion got his Raw career off to a fine start, and picked up a win when Bunny stopped Miz from using the Money in the Bank briefcase and hit Morrison with a microphone.

Priest then hit The Reckoning as the Archer of Infamy won his red brand debut.

Sadly, the same quality just wasn’t there in the typically strong women’s division as Naomi and Lana won a slightly clunky Number One Contenders match against the teams of Dana Brooke and Mandy Rose, and Asuka and Charlotte.

Of course, Ric Flair and Lacey Evans got involved, with Charlotte tagging herself out and leaving Asuka high and dry, leading directly to Naomi picking up the win.

Finally, Carlito – who hopefully gets an MVP level run now he’s back after a Royal Rumble comeback – teamed with Jeff Hardy in a short but sweet winning effort over Jaxson Ryker and Elias.