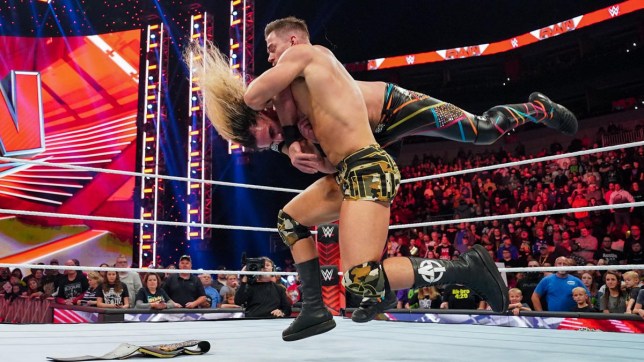 WWE star Austin Theory turned his fortunes round on Raw as he decimated Seth Rollins to stand tall at the end of this week’s show.

Seven days after being roasted online for arguably the most nonsensical Money In The Bank cash-in ever, Theory was given a fresh start in a major way, with some key moments on Monday night helping rebuild him in the eyes of the fans.

Backstage during the show, Theory insisted he’s feeling more alive than ever before and admitted he was afraid to cash in on Roman Reigns, which is why he went after the Visionary’s United States Championship last week.

Dolph Ziggler interrupted to disagree with his logic, which led to Theory challenging his former rival to a match.

Later, they met in the ring for a fantastic match with the 25-year-old star hitting two A-Town Downs on the veteran but not going for the pin.

He instead attacked him at ringside, throwing him into the steps and announce table before lobbing some chairs at his opponent with the referee calling for the bell as a load of officials tried to separate them.

The newfound aggression reared its head after an instant classic main event when Seth Rollins successfully defended his US Title against Finn Balor – more on that below.

Theory came out of nowhere to lay out his rival, standing tall to a chorus of boos at the end of the night.

Raw kicked off with Seth Rollins in the ring to soak up the adulation of the fans, and he was soon interrupted by Bobby Lashley, who wants his US Title back.

Mustafa Ali took issue with being attacked last week, and he wanted a match as he unsuccessfully tried to take the fight to All Mighty on two occasions.

They ended up facing off, with Ali valiantly taking on Lashley but ultimately falling short as the heavyweight picked up a dominant win. 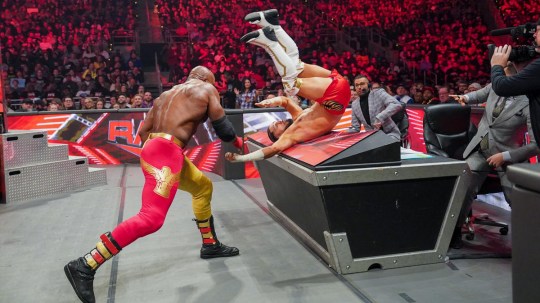 Mia Yim beat Tamina in a decent bout to show she can handle a powerhouse like Rhea Ripley, while the Judgment Day star appeared at ringside with Dominik Mysterio to tease some drama.

After a brief backstage moment, Matt Riddle and Chad Gable faced off in a fantastic, competitive match showing clear chemistry as they put on something of a clinic.

In the end, Otis provided the assist on a backslide pin to help his Alpha Academy teammate Gable to victory. 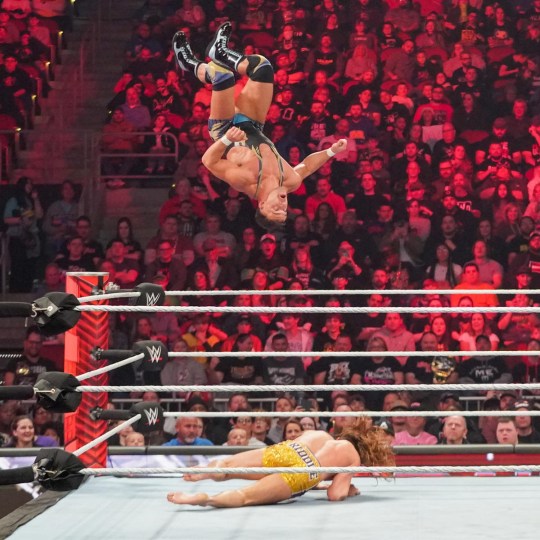 The Miz was joined by Byron Saxton as a special guest host for Miz TV, allowing the A-Lister to lay out his side of the Dexter Lumis saga.

He admitted to paying off the Tortured Artist to help build sympathy and respect for everything he’s done in the business, but insisted Dexter went too far.

Johnny Gargano dismissed Miz’s lies and insisted this will end in two weeks when Miz finally faces Lumis, with the latter – who made a fun appearance at the end of the segment – getting a WWE contract if he wins. 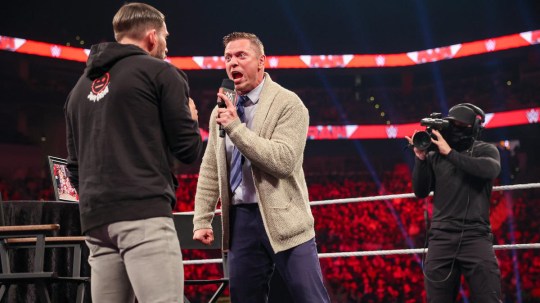 Johnny Gargano got The Miz riled up with Dexter Lumis hiding in plain sight (Picture: WWE)

After a backstage row, Dominik Mysterio fought – and beat – Shelton Benjamin in a fun match against the veteran.

Nikki Cross appeared distracted as she came out with the rest of Damage CTRL for Iyo Sky’s win over Dana Brooke, before Mia Yim came out to reveal she was turning them down for WarGames and instead joining Bianca Belair’s team, while Rhea Ripley would be unveiled for the villains.

AFter some funny poker segments backstage, JBL accompanied Baron Corbin for an entertaining win over Akira Tozawa, who got in plenty of offense on the Modern Day Wrestling God.

In the main event, Finn Balor challenged Seth Rollins for the United States Title and delivered the kind of cracking match you’d expect from these two, with so much action from bell to bell.

Naturally The O.C. and the Judgment Day came down and brawled, causing plenty of chaos and giving Rollins the opening to hit the Stomp for the win before Theory’s attack.

WWE Raw airs Monday nights at 1am on BT Sport 1.