WWE is firmly on the Road to WrestleMania with fans set to return in April.

The pay-per-view landscape has become much clearer with the huge annual extravaganza on the horizon, and the usual host of events confirmed for the coming weeks and months.

Although the schedule after ‘Mania itself is still unclear, we know for sure what the next few months look like for WWE’s monthly output from the ThunderDome and beyond.

There is also Triple H’s NXT brand, with its own TakeOver event coming this month at a time of the year when the company typically takes things to another creative level.

Here’s the current schedule, and details for individual shows which have already been revealed…

When is the next NXT TakeOver: Vengeance Day?

All’s fair in love and war – with WWE bringing both in abundance for the next NXT TakeOver event.

Triple H’s black and gold brand has built up a brilliant reputation with its flagship event, and the upcoming Valentine’s Day special on February 14 is sure to be no different.

The event will take place at the Capitol Wrestling Center inside the company’s Performance Center training facility, and fans are delighted WWE is bringing back a classic pay-per-view name and brand with the Vengeance Day moniker.

When is WWE Elimination Chamber 2021?

A staple of the WWE calendar, the Elimination Chamber match has become legendary since its introduction at Survivor Series 2002, and is now its own pay-per-view tiding fans over on the road to WrestleMania.

This year, the event will take place on February 21, giving the company plenty of time to use the brutal six-person match to find new challengers – or even champions – as ‘Mania approaches. 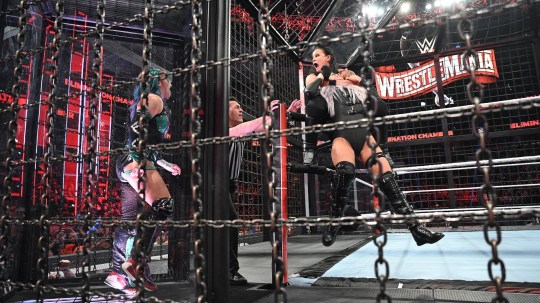 The superstars of WWE trapped inside the unforgiving steel (Photo: WWE)

Like all WWE events, the Elimination Chamber – the last to be shown on the US version of the WWE Network – will take place inside the revamped ThunderDome inside the Tropicana Field, Florida with no fans in attendance.

WWE Fastlane will be a historic night for the company as the US version of the WWE Network moves to Peacock – but it also marks the final big stop on the Road to WrestleMania.

Once the show on March 21 is over, the full creative focus will be on WrestleMania 37, with no more distractions or, ahem, roadblocks in the way. 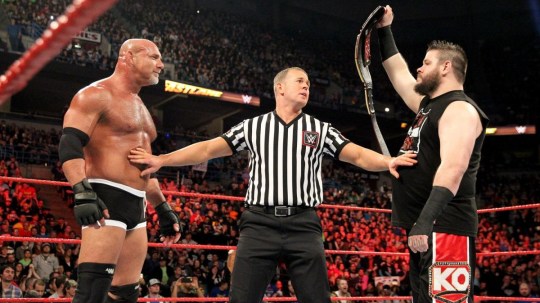 Fastlane isn’t a show to write off (Photo: WWE)

WWE didn’t actually hold a Fastlane show last year, but the event has seen its far share of big moments, including Kevin Owens shockingly dropping the Universal Championship to Goldberg in 2017.

This is the big one – the night every wrestler dreams of being part of.

WrestleMania is WWE’s most important, star studded and extravagant night of the year, and it’s set to go down over two nights on April 10 and 11, with what we’d expect to be a two-hour Kickoff show leading into the main event at midnight in the UK.

In very exciting news, the event will be taking place at Tampa Bay’s Raymond James Stadium – which was meant to be the home of last year’s edition – and fans are set to return for the special weekend.

WWE is still working on its health and safety measures to find the right capacity and means of making this happen, but WrestleMania 37 ticket information is set to be released as soon as possible.