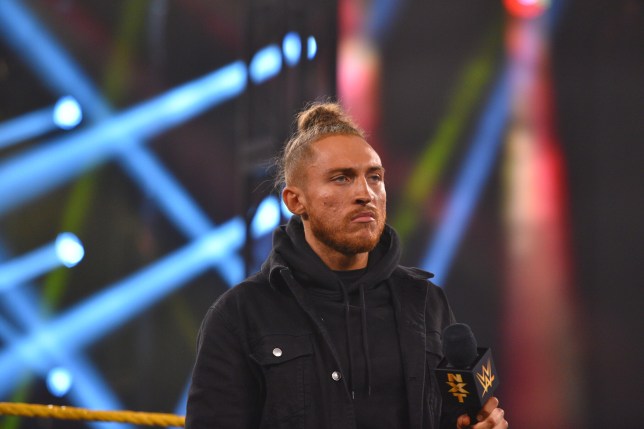 The Bruiserweight is ready to take his shot (Photo: WWE)

The 2021 men’s Royal Rumble winner recently hinted he could challenge whoever holds the black and gold brand’s top title by the end of tonight’s show, and one of Britain’s top wrestlers would be first in line to welcome him.

Speaking in the days before his biggest match to date, he exclusively told Metro.co.uk: ‘Even before his comeback he was always one of that older generation who were always willing – he was completely open. You could go up to him, talk to him, it never felt awkward.

‘You could tell he was interested in what we were doing and where we were in our career. Now he’s back, obviously he seems excited at the prospect of working with the people of us, which is obviously a huge compliment.

If Edge does follow in Charlotte Flair’s footsteps by challenging for an NXT championship at the show of shows, Pete hopes there is still a place for TakeOver over a stacked ‘Mania weekend.

‘I still feel like the best place for NXT is TakeOver, especially WrestleMania weekend. If it was one or the other, then give me TakeOver,’ he insisted.

‘WrestleMania’s a spectacle and it’s something I’d love to get to at some point in my career, obviously, but TakeOver’s just special.’

For tonight’s epic show, it’s the culmination of a 15 year journey for the 27-year-old star, who already has a wealth of experience despite his relative young age.

His path isn’t too far removed from his opponent Balor – an Irish wrestler who broke out of the European scene to become a global star – and he recalls hearing whispers during his early training. 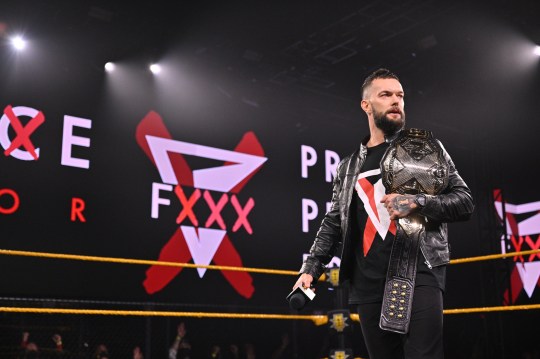 Balor is one of the biggest names in European wrestling (Photo: WWE)

He added: ‘The other lads at the training school were talking about this Irish geezer who had just flown out to Japan and he was wrestling Jushin Liger.

‘I was thinking, someone came from here – I was looking at this derelict building, crappy mats. Someone from here has managed to get themselves somewhere. But I always knew I could get further than that.’

It’s been four years since NXT boss Triple H gave Pete a vote of confidence during the inaugural NXT United Kingdom Championship Tournament, and he’s only gone from strength to strength.

The Bruiserweight has continued to be a standard bearer for the British scene, and he welcomes that kind of responsibility.

‘Now’s the time to take that big step,’ he pondered, revealing just how much the NXT Championship would mean to him. ‘And for everything that I do, it’s also a big step for British wrestling.

‘Every time I hit one of these milestones, I like to think that I’m bringing the UK with me. That’s my plan this Sunday – take the NXT Title, and hopefully continue to lead on for the UK.’

The straight-faced star almost smiled: ‘Finally – after 15 years of that and watching what [Finn’s] doing – it’s my chance to surpass it and cement myself as the top guy in Europe. That’s what I’m going to do.’