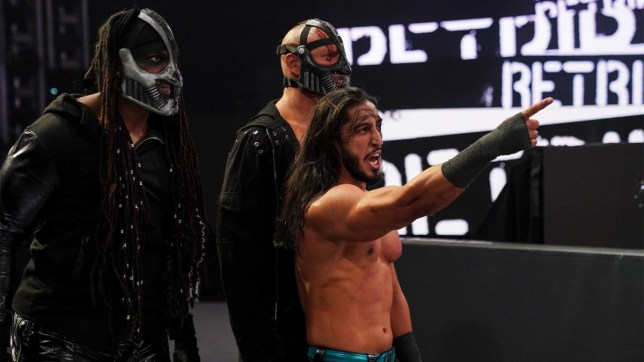 Mustafa Ali wants his moment in the spotilight (Photo: WWE)

WWE superstar Mustafa Ali has insisted he needs to go ‘back to the drawing board’ after RETRIBUTION imploded and he was left without a WrestleMania 37 match.

The 35-year-old star is one of the most talented members of the company’s vast roster – both in-ring and on the microphone – but once again he finds himself without a featured bout on the biggest show of the year.

In 2019 it was down to injury which gave rise to KofiMania, but this time round the breakup of RETRIBUTION was done on the Fastlane Kickoff show and instead of a big blow-off, they will instead all meet tonight in the Andre the Giant Battle Royal on SmackDown.

Reflecting on another WrestleMania looking from the outside in, Ali exclusively told Metro.co.uk: ‘It’s always like kinda this… Man, I didn’t make it again this year.

‘I can point the finger at everybody, but I need to point the finger at myself and say, at the end of the day, it’s on you to become something so good, so powerful, so magnetic, that when they put the WrestleMania card together they go, “We have to have Ali on the show!”

Unfortunately for Ali, his featured role as the leader of RETRIBUTION – comprised of T-Bar, Mace, Slapjack and Reckoning – didn’t lead to the spotlight he so desperately craves.

Fans struggled to connect with the group as they were presented so consistently on screen, and it turns out even his involvement – which many thought could be the turning point – wasn’t something mapped out well in advance.

‘The day of the reveal is when I found out that, “This is what you’re gonna be doing,”‘ he admitted. ‘At the end of the day, it was an opportunity to be on TV on Monday Night Raw weekly for multiple segments.

‘That’s leaps and bounds from what I was doing the year prior. I did the best that I could with what I was given, there was a lot of amazing talent in that faction.’

And while fans hoped for more from the faction, Ali claimed that – across the board – everyone in the company has more to give, no matter where they are on the card. 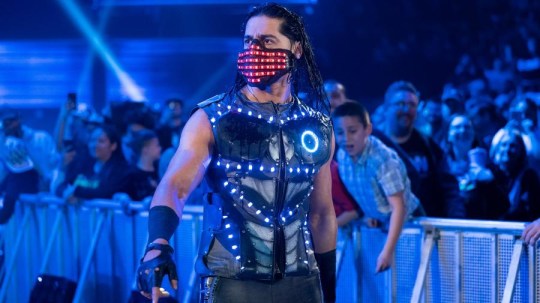 Ali is one of the most talented stars on the roster (Photo: WWE)

‘Top to bottom of the roster, whether it’s the main event or the opening act, everyone is capable of so much more. That’s why they’re in WWE – they are capable,’ he smiled.

‘But sometimes things take priority and we have to do the bare minimum sometimes, but even with that, the bare minimum, you’re expected to over deliver on that. So, we did the best we could with what we were given.’

Back at WrestleMania 34 in 2018, Ali battled Cedric Alexander on the Kickoff as he unsuccessfully challenged for the Cruiserweight Championship, and it gave him a ‘taste’ of the high he’s still battling to feel again.

‘WrestleMania’s such an obsession for me, in the sense of, I got a taste of it and haven’t been able to quite achieve that level of success,’ he candidly said. ‘It was such a cool moment.

‘And it was the only time in my life where I had real anxiety about performing. I’ve always been supremely confident, but I was backstage, [heart thumping], oh man! And then I come out and I see my name – it’s Wrestlemania! That night got to me. And I’ve never been able to quite achieve that level of success.’ 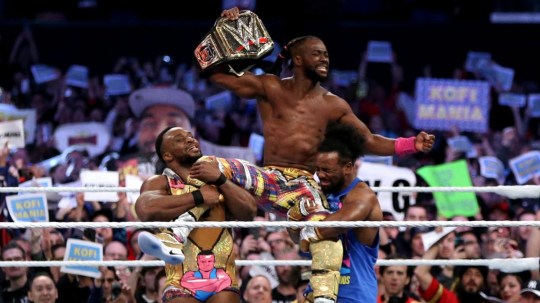 He wants to be there again, and it seemed like a potential storyline with Kofi Kingston playing on real life events could have been his ticket, but it wasn’t to be and Ali has been left on the side line.

‘I always want that featured match on WrestleMania. I want all the news outlets, I want all the media, I went everyone like, “What is he gonna do at Mania?” It seems like each year I get close to getting it, and then it doesn’t happen,’ he explained.

‘You can be like, “It’s just another pay-per-view”, but it’s the one night where the entire world is watching. We have this massive global audience, we have weekly episodic shows, but WrestleMania – that’s where these moments are defined.

‘When you think about iconic moments, you instantly think of WrestleMania. It’s something that’s been on my mind for 35 years.’

So now, Ali has licked his figurative wounds and is ready to work to be in a better position last year as he strives to become the kind of talent WWE management has no choice but to put him a headline spot.

‘To not be featured on it, it’s a heavy blow. It’s something that you strive for you, you work for it, and when you don’t get it, you take a day or two to mumble underneath your breath about how mad you are and then you dust yourself off, get up, and try again,’ he said.

‘If they don’t feel that way, that means there’s work to be done. So, I’ll go do what I gotta do.’