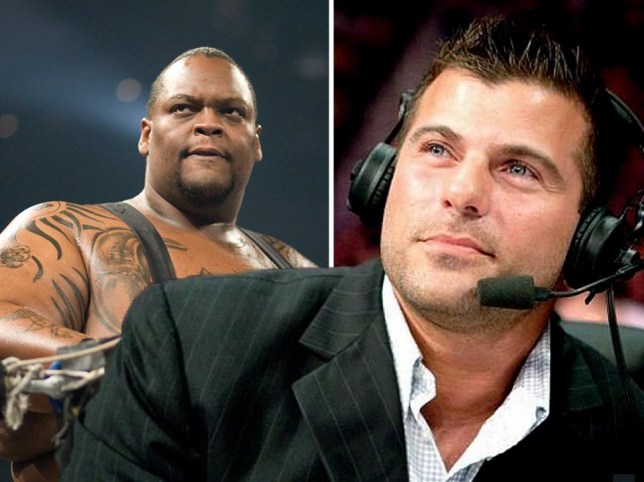 Matt Striker has reflected on his powerful partnership with Viscera in WWE and how they helped each other away from the ring.

The 46-year-old star opened up on his memories of Big Daddy V – who sadly died of a heart attack in 2014 aged 43 – in the revived ECW brand, and explained the impact of his friendship with the six foot nine, 400lbs wrestler when the cameras were off.

Speaking candidly and exclusively to Metro.co.uk, Matt said: ‘You can be a tag team partner with someone and not travel together, not talk to each other during the week, not coordinate ideas.

‘Or you can have a partnership with someone where it’s just constant collaboration. To be able to travel with Vis and to learn about him as a human being, as a person – because that’s one thing, especially with guys this size.

Striker – who will commentate on The War from Warsaw World Slapfight Championship event this weekend alongside wrestling legend Vampiro – revealed how their close bond meant he got to know a different side to the gentle giant.

‘I got to know the man behind Big Daddy V that he never really showed a lot of people because in the airport he had to be the spectacle, he knew you were looking at him,’ he smiled.

‘But in the hotel room, he could just be Nelson. He was a sweet, sweet man – it’s funny, I was looking at a picture of him the other day. I think of him often.’

Matt noted how he put his own anxieties aside when he was travelling with Viscera to make sure his on-screen client was comfortable.

‘There’s two different things. I’m walking through the airport with him, there’s actually a total calm over me in a selfish way ’cause I know no one’s gonna bother me,’ he admitted.

‘But then I become – and this is funny, because when you think of the size difference, you’re talking about a man that was six foot seven and 400 pounds. I would feel that I almost had to be his protector at times. You can see when someone’s gonna come over with their phone ready to ask a question.’ 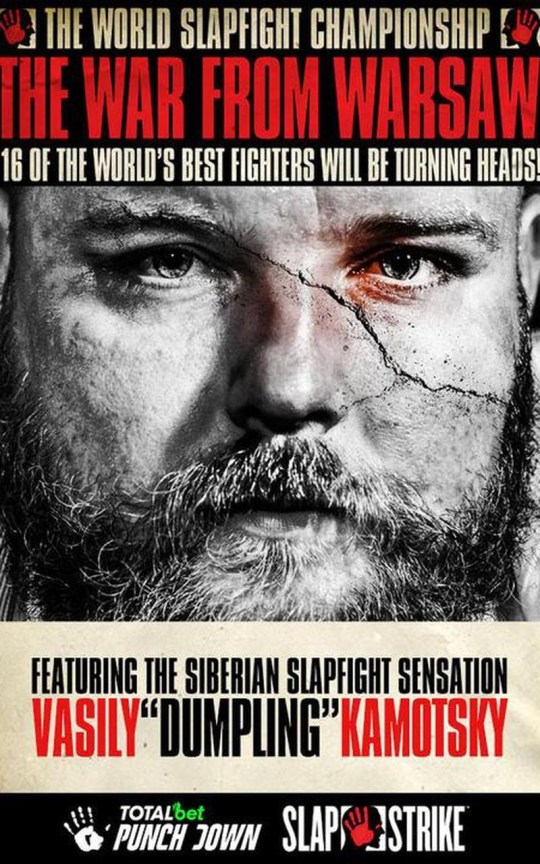 Matt will be commentating on this huge event (Photo: FITE)

In those situations, Striker – who completes IMPACT Wrestling’s commentary team alongside D’Lo Brown – would know to take charge of the situation, even though he’s naturally a very shy person.

‘If I knew he wasn’t in a good mood or something, instead of walking on his right side I’d walk on his left side so I could block that person,’ he explained. ‘In a nice way, not an aggressive way. And then say, “Oh he’s not feeling well”, or whatever it is.

‘So it’s an interesting thing how, if you care about someone else, you can put aside whatever your anxieties are.

‘It’s just a question of what’s the stronger emotion for you, being considerate to someone you care about – or even just a stranger honestly, if you think about it – or worrying about your own nonsense.’

Reflecting on their time together, Striker admitted he wishes Viscera could be competing at The War On Warsaw, which promised to strip combat sports to a basic, brutal and relatable level.

‘I would loved to have seen him doing slap fighting! I would love to see someone’s look on their face when he walks up to the podium and looks around,’ he laughed.

On the event itself, he added: ‘There are characters, there are stories, and there are elements that fans will recognise from combat sports.

‘But at the end of the day, two grown human beings stand across from one another and attempt to knock each other out with an open palmed strike to the cheek. It doesn’t get more genuine than that.’

*The War from Warsaw World Slapfight Championship event will be available to stream across all FITE platforms, apps and devices, live on Pay-Per-View on Saturday, March 20 at 6pm.