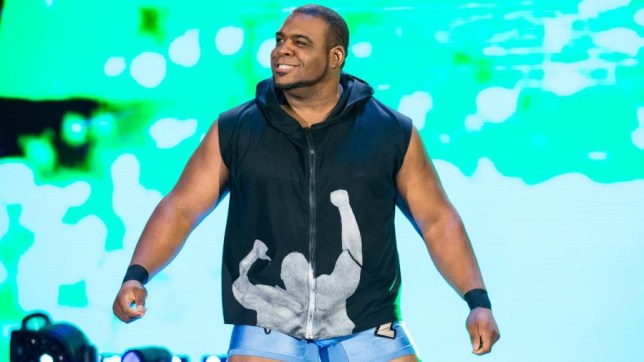 The Limitless One was set to battle Riddle and United States Champion Bobby Lashley in a Triple Threat match with the gold on the line, but he’s not been cleared to compete.

Instead, the Kickoff show will now feature a Fatal Four Way with the winner of that bout being added to the title clash on the main card.

In a video posted on social media, WWE’s Sarah Schreiber confirmed Lee’s absence, which is being attributed to injuries sustained at the hands of Lashley.

She added: ‘Keith Lee will not be able to participate in tonight’s triple threat. But there will be a fatal four way on tonight’s Kickoff show.

‘The participants will be Mustafa Ali, Elias, John Morrison and Ricochet. The winner will go on to face the United States Champion Bobby Lashley and Matt Riddle.’

The latter is excited to compete for the gold tonight, although the former UFC star has admitted he would love to get a chance to step into the Elimination Chamber itself.

He exclusively told Metro.co.uk: ‘I wish I was in the chamber, I feel like I was made for the chamber, to jump off the pods and climb the chain link.

‘Those chains are actually really nice on my bare feet – but cage matches and Hell In A Cell, those are killer on my toes.

‘So I was hoping to make it into the chamber – it’s not the chamber but it’s at the Chamber so I’m pretty excited. I think this is my time.

Elsewhere on the show, Nia Jax and Shayna Baszler will defend their Women’s Tag Team Championships against Sasha Banks and Bianca Belair, while a change is expected for Asuka and Lacey Evans’ Raw Women’s Title match.

PM’s roadmap out of lockdown to include schools, socialising and sport