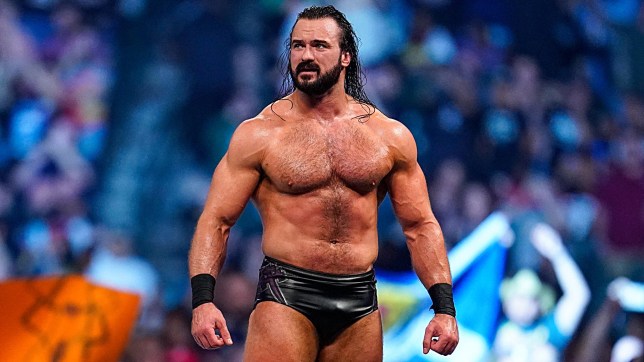 McIntyre revealed a brilliant story from the road (Photo: WWE)

Drew McIntyre has recalled the moment his life came full circle as he carried WWE Hall of Famer Bret Hart ‘up to bed’.

The towering Scotsman was a huge fan of the Hitman as a child, and he was blown away when – as Intercontinental Champion early in 2010 during his first stint with the company – he shared a surreal moment with his lifelong hero.

Writing in his new book ‘A Chosen Destiny’, he recalled: ‘While I was Intercontinental Champion, SmackDown toured Europe, and I got to hang out with my childhood hero, Bret Hart.

‘A huge champion admired all around the world, especially in Europe – and particularly in Germany – Bret had been a superhero for as long as I could remember.

‘The tour schedule included several dates in Germany, and Bret was added to it and given stellar billing. His presence made the whole tour circus an incredible experience for me.

‘I sat up every night with Bret, listening to his stories, hanging on his every word as he related the sort of anecdotes that stay backstage, and you certainly would never hear aired in interviews.’

Drew even stumbled on a story of his own after what sounds like a particularly boozy night at the bar.

He continued: ‘On one of these late-night occasions, I had the honour of helping his niece Natalya Neidhart carry him up to bed after he had drunk too much.

‘Many years after I had spent hours wielding the tiny Bret ‘Hit Man’ Hart action figure around my toy wrestling ring on my bedroom floor in Ayr, now here I was picking up his limbs for real to get him to bed!’

McIntyre – who, at the time, had only been on the main roster for about six months – was in awe during that tour, and made sure to take a photo to immortalise the memory for himself.

He admitted: ‘I kept thinking, if only my 13-year-old self could see me now! We took a picture: Bret, me and the Intercontinental title belt, the title he was synonymous with when I was a kid.

‘It remains one of my favourite pictures. It was cool to get to know him and hear about the wacky stuff they got up to back in the day.’