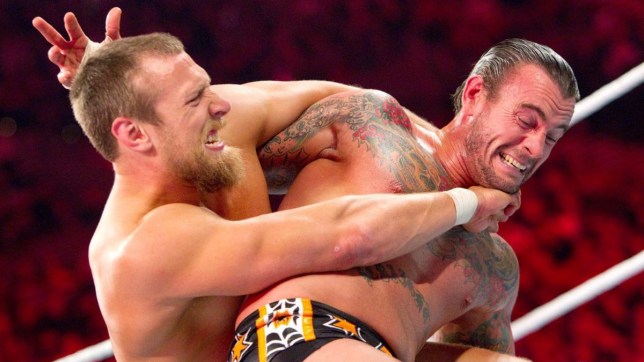 The former world champion referenced his long-time friend – who previously called himself the Best In The World on television – during a passionate exchange with Paul Heyman on the weekly WWE Network programme.

Speaking after Friday Night SmackDown ended with Roman Reigns dropping him with a spear and guillotine choke, Bryan appeared to suggest he was ready to push himself back where he belongs.

Punk is rarely mentioned – if at all – on regular WWE programming nowadays, with almost a non-existent relationship between the Voice of the Voiceless and the company following his acrimonious exit in 2014, save for his stint on WWE Backstage.

“I am going out to take what’s mine. And that’s the reign that I’ve had before CM Punk and that’s the best damn wrestler in the world!”pic.twitter.com/uJJlcpSO3K

A shock comeback remains unlikely, but both Triple H and Stephanie McMahon have refused to rule out the possibility.

‘If it was right for them, for the company, for everyone involved, then absolutely,’ The Game previously told Metro.co.uk: ‘In a perfect world? Yeah, sure.

And Stephanie said: ‘I think Punk’s been pretty vocal that he’s not interested in an in-ring return right now, but for sure, that would be interesting.’

Last month, some wondered if he was finally poised for that unexpected return after revealing he was in quarantine before the Royal Rumble.

That didn’t come into fruition, but he did step back in a wrestling ring with Stephen Amell during filming on set for upcoming wrestling TV drama Heels.