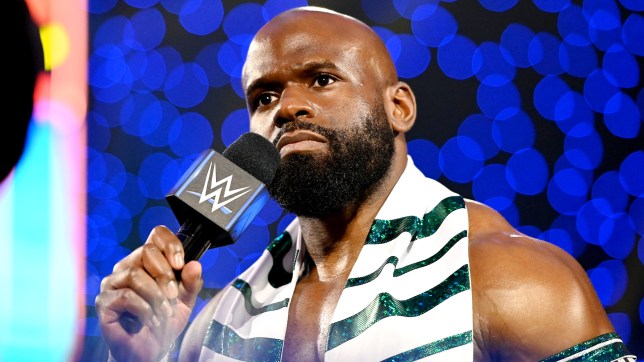 The Masterpiece – who can be seen on NWA Powerrr under the name Chris Adonis – knows the supremely talented star from their time together in Preston City Wrestling, and while he always expected him to hit such a high level, he’s ‘surprised’ it took so long to get there.

Speaking exclusively to Metro.co.uk, he said: ‘I did see this for him – quite frankly, I was surprised that all this time up until now that he wasn’t already there, that’s how much I think of him.

After years as a clean cut babyface, in recent weeks Crews has been showing off a more aggressive side while embracing his Nigerian roots to shake up his on-screen image, complete with a spear, green and white scarf and militia by his side.

Chris, 38, is a big fan of the new direction the 33-year-old wrestler is taking. 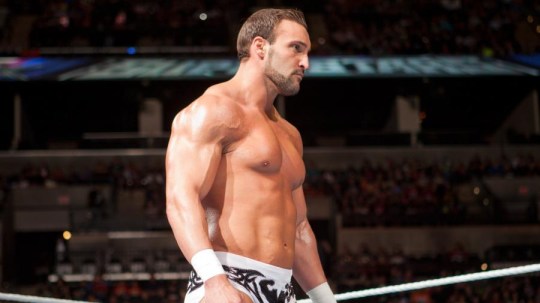 ‘It looks good, the presentation of it looks good,’ he added. ‘Dude’s just got a million dollar smile too, man, like Magic Johnson or something.’

The two men locked horns in the UK as they battled over the PCW Heavyweight Championship before Crews – then working as Uhaa Nation – was snapped up by WWE.

Chris has many fond memories from that time, including a holiday abroad where they got to known each other.

‘The guy’s incredible. I can’t name you a better guy than him in the business. I went on vacation with him once in Spain on one of those UK trips,’ he recalled.

‘It was right before he got signed. He’s just such a good dude and a great athlete, he loves the business.’

Crews has been open about his professional frustration, and he previously admitted he wanted his character to move beyond being a cheery man doing ‘ cool flips’.

He exclusively told Metro.co.uk: ‘I’m always thinking, what can we do to take the next step? Or how can I connect with the fans better? Because they haven’t got to see me in certain situations.

‘All they’ve known with me is this guy who smiles, who does cool flips and he’s strong. So for me now, it’s like, how can I connect with the fans?

‘I’m trying to think on a different level from this guy who does cool stuff. As dope as that is, it’s hard to relate to.’

The former United States Champion is ‘constantly’ striving for more in his career, and he admitted there have been times he’s struggled to stay motivated when the chances he’d earned never seemed to materialise.

Speaking in May last year, Crews added: ‘On one side, I lost my motivation, but on the second, I know my worth. I know how good I am…

‘I know if I stick to my beliefs, my discipline, and just go out there and grind, it has to be noticed. It has to pay off!’

I ended up in hospital the first time I had sex