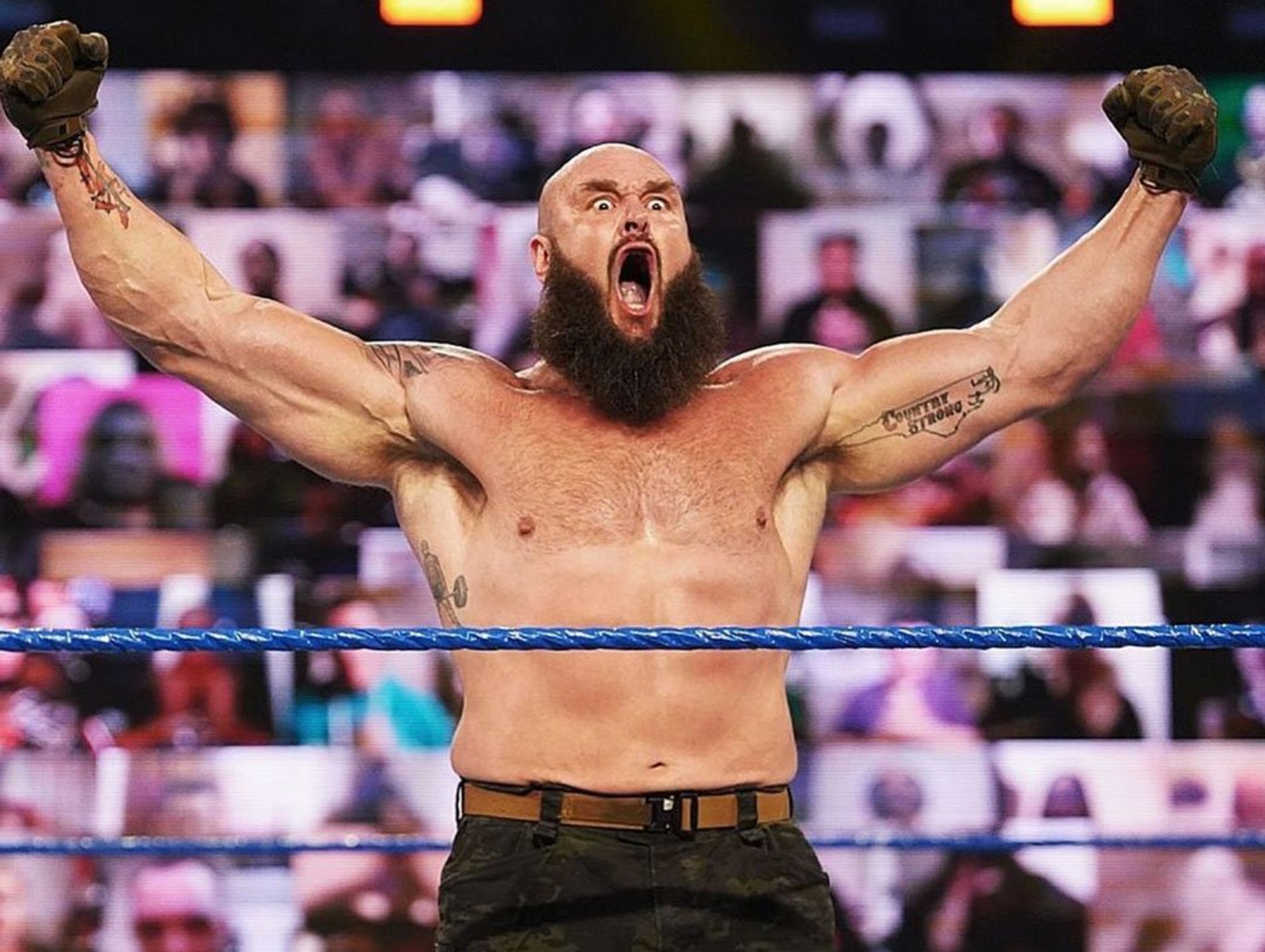 WWE star Braun Strowman has revealed he lost over a stone in less than a week after contracting an infection in his blood system.

The former world champion – who returned to action days before competing in the Royal Rumble match last month – hasn’t been seen on TV since the massive event on January 31, and he’s opened up about the reason for his latest spell on the sidelines.

In a video on his Instagram Story, Braun said: ‘Yo, so a little update. I’ve been gone off here for a bit.

‘I got really sick over the weekend, and I got an infection that got into my blood system and had to get put on antibiotics for that. It was awful.

‘I dropped like 15 pounds in five days. Couldn’t eat and stuff like that. It looks like I had fifty pounds of water weight, all my joints and everything are all swollen and inflamed.

‘But the antibiotics are working, I’m feeling better, we’re gonna nip this thing in the bud, get back to training, put that mask back on, and I’ll be back to seeing you guys very soon.’

Braun Strowman gives an update on why heâs been off TV again.

Says he recently got an infection that went into his bloodstream and it caused him to drop like 15 pounds in 5 days.

Hope he has a quick recovery! pic.twitter.com/ZNdtkIBDLC

The Monster Among Men hadn’t been seen on WWE television since the Raw after Survivor Series in November last year, when he was written off via a storyline suspension for headbutting Adam Pearce.

On January 29, he made his surprising comeback at the end of SmackDown as he took out Sami Zayn, AJ Styles and Cesaro.

He would then come out for the Royal Rumble match two nights later as the final entrant in the 30-man bout.

He went on to eliminate Sheamus, Cesaro and Styles before being dumped out by the winner, Edge, as the Rated R Superstar guaranteed himself a main event world championship shot at this year’s WrestleMania.

It’s unclear what direction the company will take Strowman on the Road to ‘Mania, after he captured his first world title when he defeated Goldberg for the Universal Championship at last year’s event.

A Labor Shortage Could Be Our Economy’s Biggest Downfall