Richard Wilson and Jos Vantlyer just dropped a massive One Foot In The Grave bombshell concerning Victor Meldrew’s death, and we absolutely don’t believe it.

The comedy ended in 2000 after six seasons, with grouchy Victor being killed off in a hit-and-run accident.

During an appearance on Good Morning Britain, Richard, 84, opened up about the scenes – with his pal adamant that Lorraine Kelly was responsible for his death.

‘David Renwick is a wonderful writer,’ the comedy legend told Charlotte Hawkins and Alex Beresford. ‘I was doing a play in Manchester and he came to see me and said, “I think I’m going to kill Victor, what do you say?”

‘I just stopped for a second and said, “Kill him”.’ 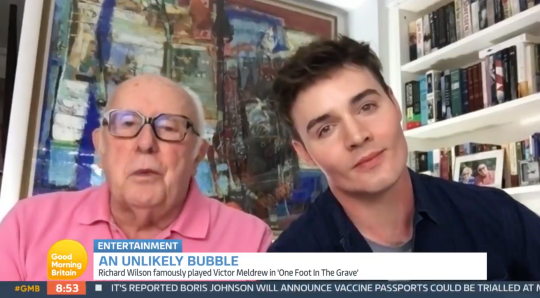 Richard and Jos opened up about the end of One Foot In The Grave (Picture: ITV)

It was then that Jos, 33, shared a wild theory on who was behind Victor’s emotional death.

‘I actually think he was killed by Lorraine Kelly,’ he continued. ‘This is true, I think when Lorraine was an actress, she played the woman that ran him over.’

Pouring cold water on his words as her show began moments later, Lorraine added: ‘I absolutely did not.

‘I was in One Foot In The Grave but as myself, talking about bottoms as I do recall. 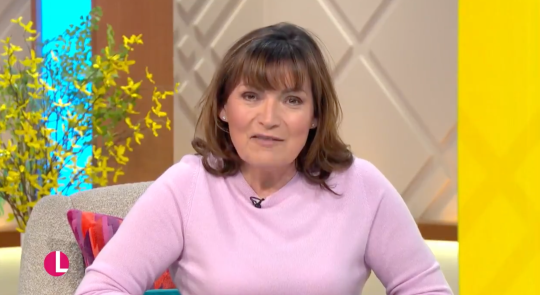 ‘It was a career highlight but I don’t think I ran him over… Maybe it was my evil twin.’

Actually Lorraine, it was neither of you, but instead Hannah Gordon, aka Glynis, behind the wheel of the car, with the show ending as she revealed her identity to Victor’s heartbroken wife Margaret (Annette Crosbie).

Annette spoke about the series ending during an appearance on Loose Women, beside her former co-star – and admitted she didn’t want One Foot In The Grave to come to an end when it did.

Chatting to the ITV panel, she said: ‘I didn’t want it ever to end, but I can understand why it had to.’

Good Morning Britain continues on weekdays, at 6am, on ITV.

Travel bans for visitors from Philippines, Pakistan, Kenya and Bangladesh as countries added to Red List