Why are we Searching For Michael Jackson’s Zoo With Ross Kemp?

Ross Kemp sets out to track down some of the dozens of animals once owned by pop star Michael Jackson at his Neverland ranch (Picture: Rare Tv Ltd)

Right, I’m going to call it. We’ve clearly run out of things to document. How else can you explain Searching For Michael Jackson’s Zoo With Ross Kemp?

Putting aside the strong ‘Monkey Tennis’ vibes emanating from its title, this is as slight a documentary as you’re ever likely to see.

Michael Jackson’s life and his many scandals have been pretty closely examined, both before and after his death in 2009, but that hasn’t stopped Ross Kemp from storming in to answer the question we’ve all been waiting for an answer to: what, like, happened to all the animals at Neverland, dude?

Of course, no one is really looking for an answer to this question. It’s 2022 and the Neverland ranch has been closed for 16 years, so the obvious answer is, well, they’re dead.

But a little trifle like the inevitable passage of time isn’t going to deter Kemp and so we find him in the States grilling all manner of weirdos about just how joyful a place for the animals Neverland really was.

Now, I’ve quite enjoyed Kemp’s journey from EastEnders hard man to legitimate documentarian, and his work in places of conflict has real power, but I’m not certain he’s as well suited to the wackier side of the factual spectrum, even if it does lead to some delicious unintentional comedy. 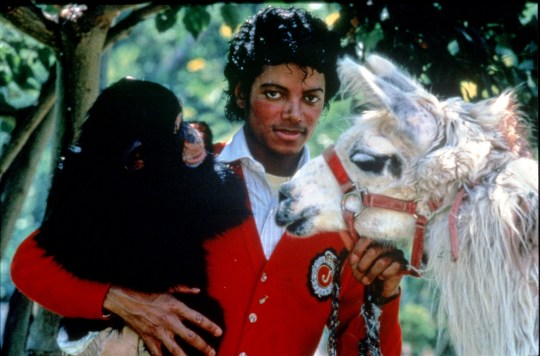 The whereabouts of many animals have been unknown since the singer’s death in 2009, so Ross Kemp is tracking them down (Picture: Sipa / Shutterstock) 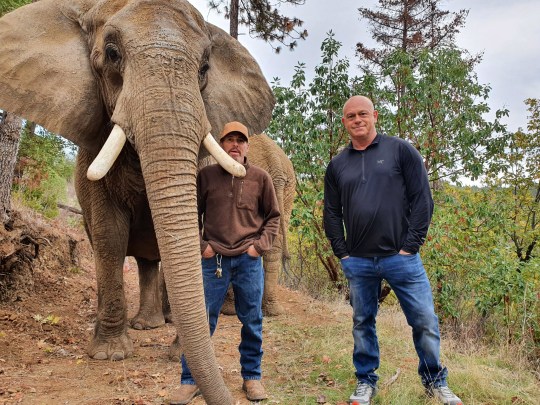 Take when he meets Rob ‘Maker of Dreams’ Swinson, who helped build Neverland in the 1990s, and who bursts into tears within moments of opening his mouth at the mere memory of riding a toy train with Jackson.

Or when he goes on local radio to appeal for information about missing giraffes (it makes even less sense when you see it) and has to interact with two inane shock jocks to do so.

But SFMJZWRK (crikey…) isn’t really about finding an elephant or two. No, instead this is just an attempt to point to Jackson as a precursor to the Joe Exotics of the world, who abuse innocent animals under the guise of protecting them.

Which, yeah, I guess, but it’s not like Jackson is held up as some great protector of animal rights anyway. He dressed up and dragged that poor chimp around for years and was rightly criticised for it at the time.

Neverland’s reputation as a place of joy has long since been in tatters and all the big revelations have been heard before.

Take all that away and all Kemp really proves is that they will really make a documentary about anything these days.

Machine Gun Kelly and Megan Fox drink each other’s blood, but “for ritual purposes only”

Met Police detective jailed for trying to meet girl, 13, for sex after travelling 75 miles to see her while on duty