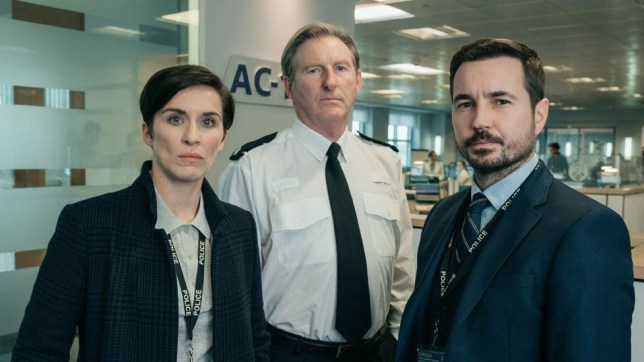 Line of Duty is back for series six (Picture: BBC)

Line of Duty series six has got the nation beavering away with all their theories on who H could be.

As well as this, they’re also trying to weed out the elusive bent copper, a corrupt senior officer who has ties to criminal gangs.

At the very end of series five, all signs were pointing to Ted but Kate and Steve worked tirelessly to clear him of all allegations at the last minute.

But, with new episodes kicking off, will we ever find out who H actually is?

What theories are there about H in Line of Duty?

There have been some wild theories about the identity of H, some of which are overreaching, while others have a little more weight to them. 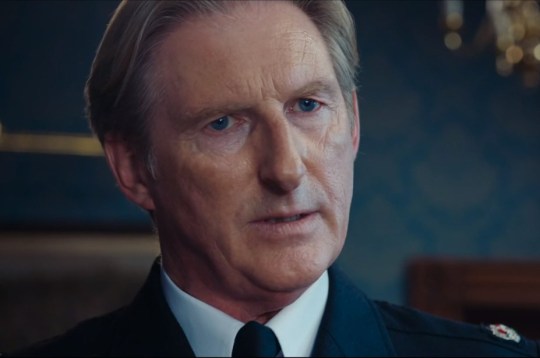 Ted Hastings has been in the frame for H (Picture: BBC)

Side note: Our favourite was the idea that H is actually a building.

The end of series five saw Steve and Kate looking closely into Matthew ‘Dot’ Cottan’s dying declaration and noticing he tapped his fingers in morse code four times, signifying that there are actually four ‘H’ officers in the force.

With that, our minds were totally blown

Three of them have already been identified – Derek Hilton (Paul Higgins), Gill Biggeloe (Polly Walker) and Cottan, which means one more is still out there.

A trailer for season six put Kate squarely in the frame for the criminal mastermind, as she is seen in a tense police stand-off.

There are also theories all over Reddit putting the pieces together, claiming creator Jed Mercurio has been throwing in easter eggs for this since Line of Duty began.

In fact, viewers have suggested all the nights she was ‘working late’ and ducked into her home after her family were in bed were a cover for her criminal activity.

Elsewhere from the AC-12 crew, fans have already suggested DCC Andrea Wise (Elizabeth Rider) could be H, after she was so determined to keep the gang as far away from Operation Pear Tree as possible – with many adamant that they were getting too close to her identity.

DCS Patricia Carmichael’s (Anna Maxwell Martin) name has also been bandied about in the hunt for H, with social media users insisting that she led the investigation into Hastings in series five in a bid to cover her own back.

Do they have a point? 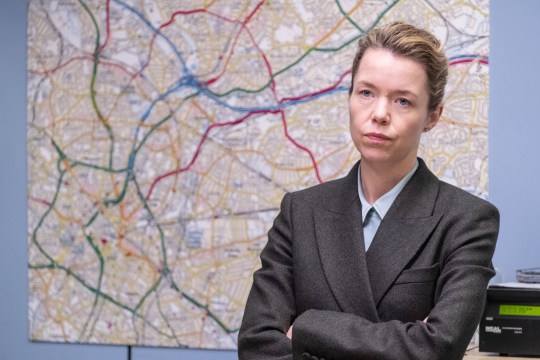 Should we be looking further into Anna Maxwell Martin’s character? (Picture: BBC)

Anna Maxwell Martin’s character, Patricia, has been mentioned as a possible H – and she didn’t actually discount that theory during a chat with Zoe Ball on BBC Radio 2.

Spilling the beans on the theory, she joked: ‘It could be me! Pat “Harmichael” – I could be “Hat Harmichael!”’

Stranger things have happened in the drama.

Viewers have become increasingly convinced that Patricia is the illusive bent copper after episode five when Jimmy Lakewell told Steve to look more into the ‘race claim’.

Twitter uses have pointed out if you take away ‘race claim’ from Patricia’s surname ‘Carmichael’ you’re left with the letter H. 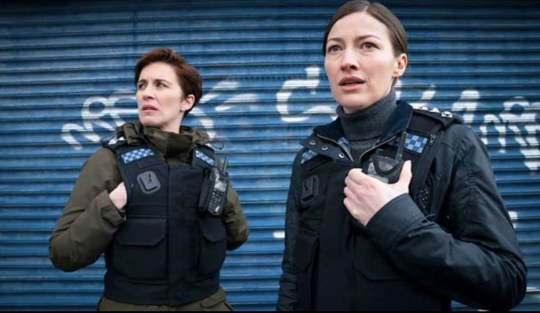 Viewers are convinced Jo us up to no good (Picture: BBC)

Some viewers believe newcomer DCI Joanne Davidson could be H, however over the course of series 6 it seems as though she’s being coerced by whoever’s at the top.

The copper, played by Kelly Macdonald, initially had fans suspicious after Farida Jatri voiced her concerns about her conduct to DS Arnott and said she was frightened of her.

In episode five it was revealed that Jo is related to Tommy Hunter, a former OCG crime boss, and was a nasty piece of work who had members within the Central Police.

It’s still not known just how bent Davidson is – particularly as she seems to be coerced by the OCG into doing their dirty work. 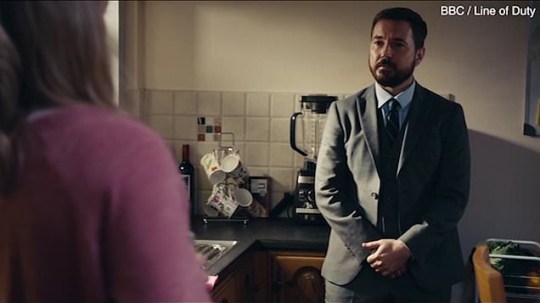 Line of Duty fans think Steve is missing a glaring clue behind him (Picture: BBC)

Suspicion has been falling on Amy De Bhrún’s character, Stephanie Corbett, after eagle-eyed viewers noticed a potential clue in her kitchen.

Steph, who was married to John Corbett (Stephen Graham), has been a shoulder to cry on for Steve, but we’re not sure if she’s fully trustworthy.

We also know she’s been secretly chatting to Hastings.

In a recent episode, fans noticed what looked like a letter H spelled out in Steph’s kitchen tiles – just a coincidence, or a massive clue?

Does H in Line of Duty really exist? 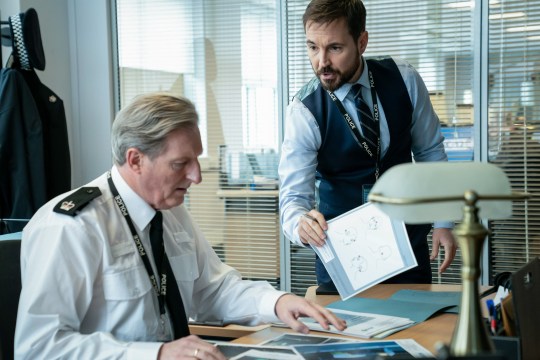 Will we finally get our answers in series six? (Picture: BBC)

While some Reddit viewers have intense theories on exactly which member of the force H could be, others have taken things in a totally different direction, with user Sholista previously offering up their reasoning as to why there is no H.

‘My theory: there is no single person who is H,’ they began. ‘The reality is that corruption is so endemic in the force, with so many senior officers involved or with knowledge of it, that allowing the full extent of it to be revealed would be so catastrophic it would destroy faith in the police.

‘Gill makes reference to this in series 3 when she talks about the need for the anti-corruption units to prove a certain amount of corruption to keep up appearances, but not too much.

‘So there is political pressure, involving the PCC and therefore Gill as his lawyer, to bring closure to the investigation.’

The user continued: ‘They have been working to set up Ted as a scapegoat and frame him as H so that justice can appear to be done and the matter swept under the carpet.

‘It’s also likely that Ted himself has been involved in the plot to cover up corruption, and this could backfire on him as he tries to prove his innocence.’

Line of Duty airs Sundays at 9pm on BBC One. Series one – five is available to stream on iPlayer now.